“How to watch the Super Bowl” as explained through art

One must always wear proper headgear when going into sports battle.

The Superbowl is this Sunday and here at Sartle, we love watching hunky athletes having themselves some good, clean fun. Besides, these muscular men would have made Michelangelo blush:

Peyton Manning aka “The Sheriff” 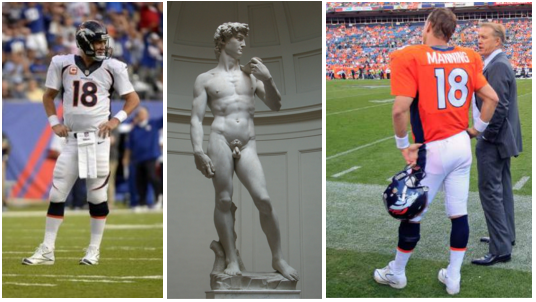 David by Michelangelo at the Academy of Fine Arts of Florence

Just contrapposto-ing from all angles. 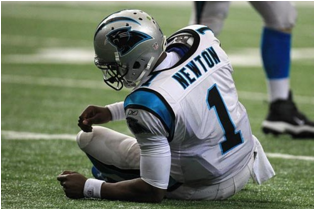 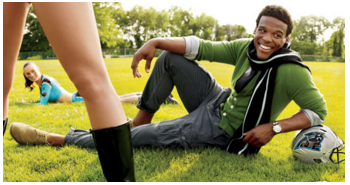 The Creation of Adam by Michelangelo at the Sistine Chapel

We know that sometimes being an art aficionado and a sports fanatic don’t necessarily go hand in hand, but that doesn’t mean that you can’t join in on the fun! So, to help you navigate your way through the football frenzy this Super Bowl Sunday, we’ve compiled some of the most basic football terms, as explained through art.

To set the scene, you’ll first need to know who you’re dealing with. Now, Manning is the old dog in this competition.

But don’t be fooled, because you know how the saying goes, “Old dogs have some old tricks up their sleeve”… or something to that effect. 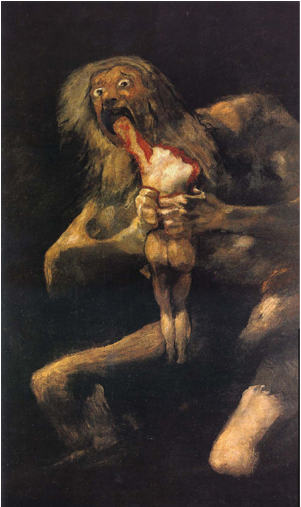 Okay, maybe not this trick in particular, but other ones, for sure.

Meanwhile, the young Cam Newton aka “Superman” could bring a little spice to the game “the Sheriff” thought he had perfected time and time again. 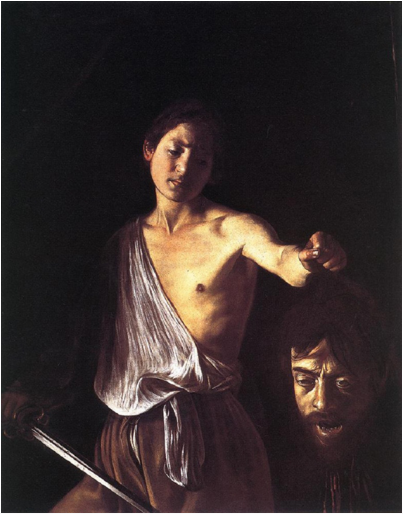 Again, we’re not sure about this specific move, but we’re sure he has other tactics carefully planned out for the big day. Oh, and when he makes those moves, he likes to pretend that he’s Superman. Hence, the nickname.

Now that you know who the contenders are, it’s time to understand some of the terminology that may be thrown around by some of your more well-versed peers. Instead of silencing yourself with ranch dip and buffalo wings, you can participate in the heated debates that are so essential to the Super Bowl experience.

This is when the ball is “hiked” or tossed to another player to begin the play. Usually, he bends down and snaps the ball between his legs. Like this position, except without the stool. For football players, it’s all in the glutes. Those glorious booties.

This is when the defense tackles the quarterback behind the line of scrimmage: 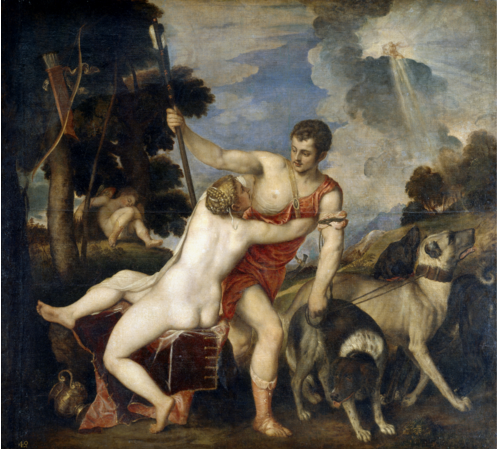 Venus and Adonis by Titian at the J. Paul Getty Museum

This is when the offense is all like “oh no the ball got away!”: 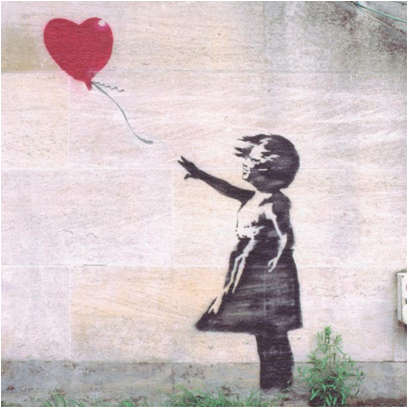 Girl with Red Balloon by Banksy, Destroyed and Lost Art 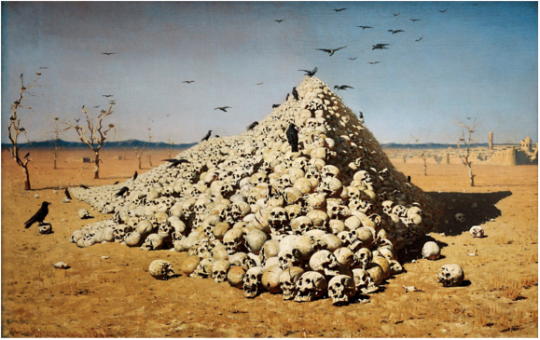 This is when the quarterback is all like “catch, team!”: 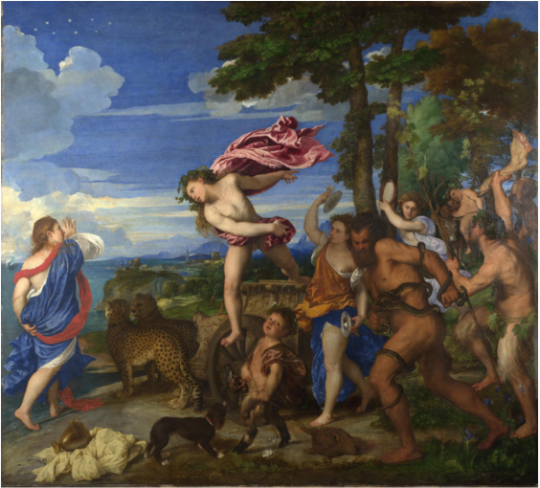 Bacchus and Ariadne by Titian at the National Gallery London

But then a person from the defense catches the ball instead: 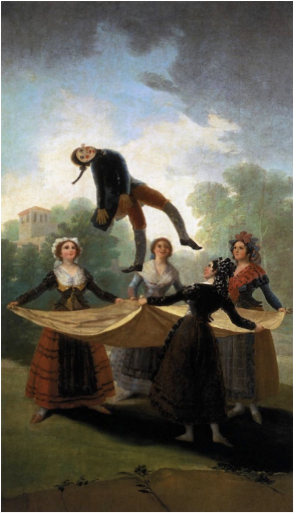 The Straw Manikin by Francisco Goya at the Prado National Museum

This is when, amidst all the chaos, someone emerges victorious: 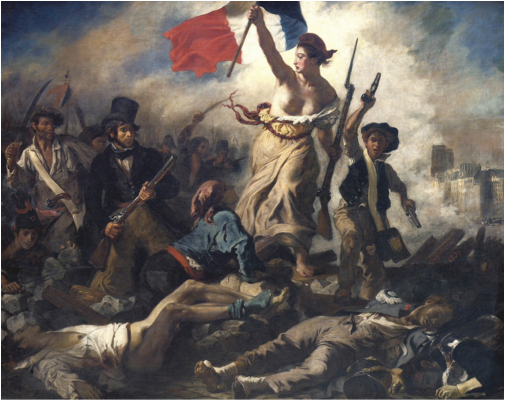 Liberty Leading the People by Eugène Delacroix at the Louvre-Lens

Feel free to scream and yell at this point. We know it can be an overwhelming experience. 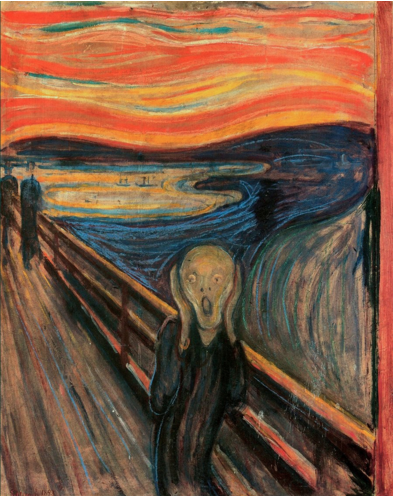 The Scream by Edvard Munch at the National Museum of Art, Architecture, and Design, Oslo

Just make sure you’re rooting for the right team. Whichever team that is.