More about Liberty Leading the People 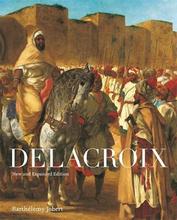 Who run the world? Eugéne Delacroix's Liberty Leading the People.

Technically owned by the Louvre and is on loan to this satellite location.

Depicts the French Revolution of 1830 against King Charles X of France.

The scantily dressed woman is clearly Liberty, but she is also known by the name Marianne.

Marianne is to France as Lady Liberty or Uncle Sam are to the United States, representing liberty and reason. Her face can be found all over France: their official seal, French Euro coins, and postage stamps. It has been suggested that her name was borrowed from the mother who nursed Romulus and Remus.

She originally had very generic features so everyone would feel like they could relate to her. Sort of like Bella Swan in the Twilight books. She started to resemble other women as time passed such as Brigitte Bardot and Catherine Deneuve. In 2013, Inna Shevchenkoa, a member of the feminist protest group FEMEN, was chosen as the new Marianne and placed on French stamps. It caused quite the ruckus in France.

The man in the hat is probably not Delacroix's self-portrait as some have speculated.

Bought by the French government for 3,000 francs in 1831 to hang in the Luxembourg Palace as a reminder to the "citizen-king" Louis-Philippe of the Revolution. It was never placed there because of its revolutionary connotations. After ANOTHER rebellion in 1832 the painting was returned to Delacroix so it wouldn't cause any more trouble.

Vandalized in 2013 by a possibly "mentally unbalanced" woman who tagged a corner of the painting with "AE911" which is shorthand for Architects & Engineers for 9/11 Truth, a group of conspiracy theorists who believe that the events surrounding the terrorists attacks of 9/11 were a government conspiracy. She was taken down by a security guard and a good samaritan. The 12-inch mark was removed and no harm was done to the painting.

Here is what Wikipedia says about Liberty Leading the People

Liberty Leading the People (French: La Liberté guidant le peuple [la libɛʁte ɡidɑ̃ lə pœpl]) is a painting by Eugène Delacroix commemorating the July Revolution of 1830, which toppled King Charles X. A woman of the people with a Phrygian cap personifying the concept of Liberty leads a varied group of people forward over a barricade and the bodies of the fallen, holding the flag of the French Revolution – the tricolour, which again became France's national flag after these events – in one hand and brandishing a bayonetted musket with the other. The figure of Liberty is also viewed as a symbol of France and the French Republic known as Marianne. The painting is sometimes wrongly thought to depict the French Revolution of 1789.

Liberty Leading the People is exhibited in the Louvre in Paris.

Check out the full Wikipedia article about Liberty Leading the People

Soundtrack of my liiiiiiife: https://www.youtube.com/watch?v=YL8gH0yELbk

Liberty Leading the People is mentioned on our blog -

Drag Queens Do Art History
As any rabid fan of Ru Paul's Drag Race will tell you, the competing queens are Artists with a…
Sign up
Forgot Password
Reset Password