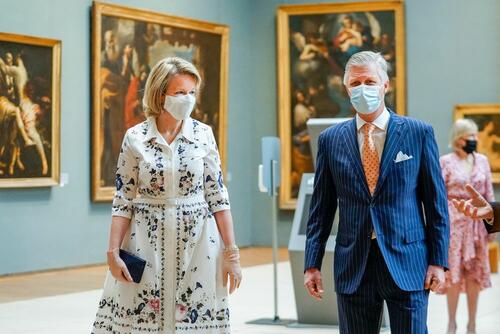 2020 was more static than usual, and you may not have been able to see as much art as you originally planned. If re-opening isn't happening fast enough in your area and you're itching to get back to the gallery, FOMO no more with our DIY Museum Guide to bring some of the best art of the past year to your very own home. 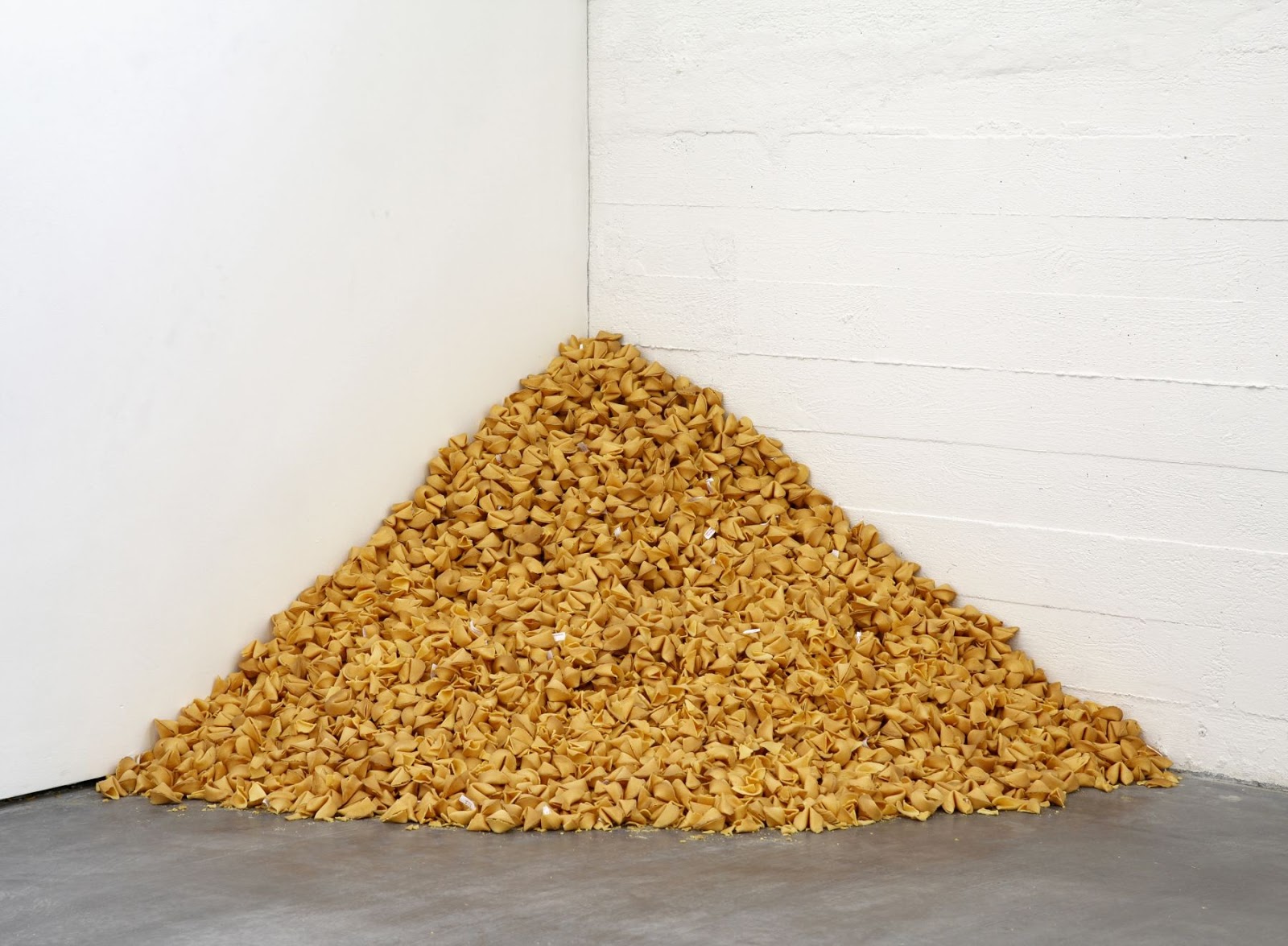 If you have a penchant for takeout, put your fortune cookies to good use as decor in a corner of your room. This piece was organized by David Zwirner and the Andrea Rosen Gallery in New York from May 25-July 5, and held in homes of the 1,000 participants all around the world who created their own versions of 240-1,000 cookies.  The original 1990 piece by Felix Gonzalez-Torres was the first of his Candy series. Its successor, Untitled (Portrait of Ross in LA), was featured on our first DIY Museum Guide.

The open-ended nature Gonzalez-Torres’ work allowed each participant to take some liberties in its installation and how they interacted with it, but requested that it be documented over the six weeks and replenish it to the original starting number halfway through. Wrapped or unwrapped, outdoors or in, fortunate or misfortune, it’s all up to you! If you’re an artist on a post-holiday wallet diet, display some leftover Christmas cookies or Ferrero Rochers as decor in a convenient setting for when you want a sweet treat. 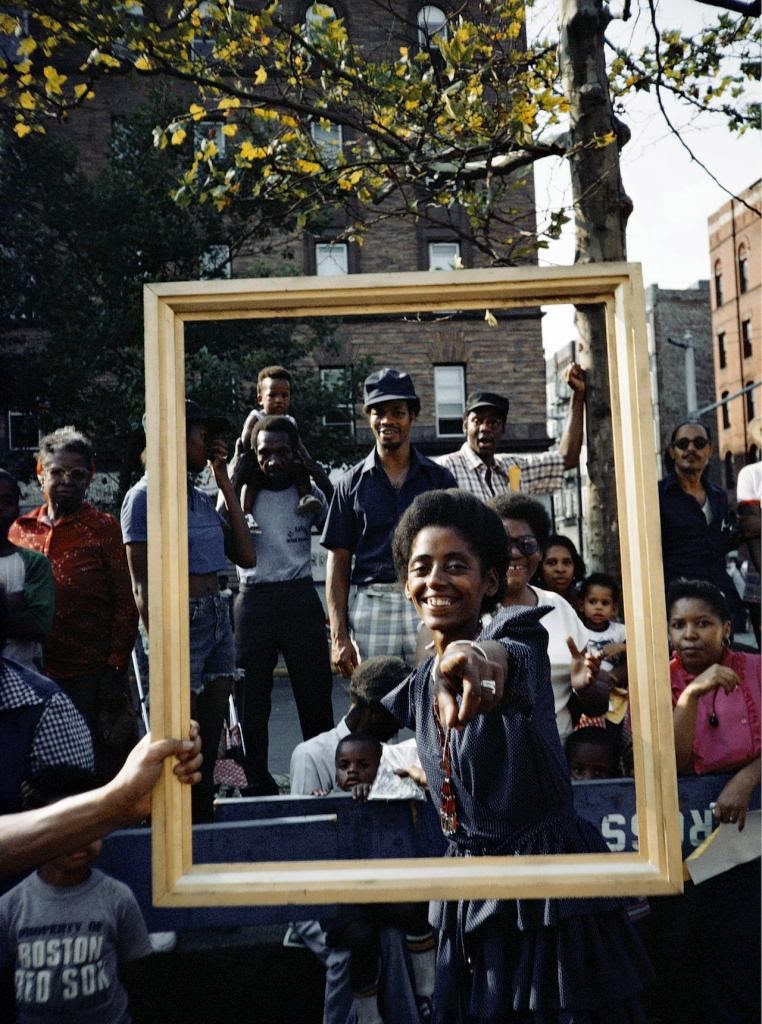 Missing the #museumselfie? Try out the latest 2020 trend–the gold frame a la Art is... by Lorraine O’Grady. Performed during the African-American Day Parade in Harlem, O’Grady invited people to pose in the gold frames and documented it through a series of photographs. This piece was the inspiration behind the Biden-Harris Campaign Ad showing Americas from around the country holding gold frames accompanied by the song “America, the Beautiful”.

Next time you pose in front of a mirror, try reaching for a 9 by 15 ft gold frame instead. And, if you happen to be in New York later this year, O’Grady’s first retrospective of her work will be in the Brooklyn Museum, “Lorraine O'Grady: Both/And”, which will be on view from March 5 until July 18, 2021.

Banksy's rats in the bathroom and the London underground 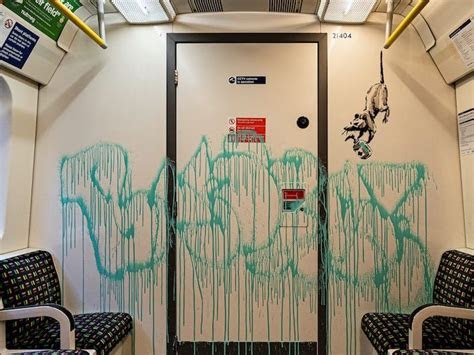 If you’re looking for a new way to subliminally suggest people to practice good hygiene, look no further than Banksy’s rats. Banksy first posted a picture of graffiti rats in a bathroom on Instagram in April with the caption, “My wife hates it when I work from home.” In July, he posted a video of himself disguised as a sanitation worker, stenciling in rats with masks and hand sanitizer. Face coverings had become mandatory in June, and 48 hours after the video was posted, legislation was passed to make them mandatory for shoppers as well. 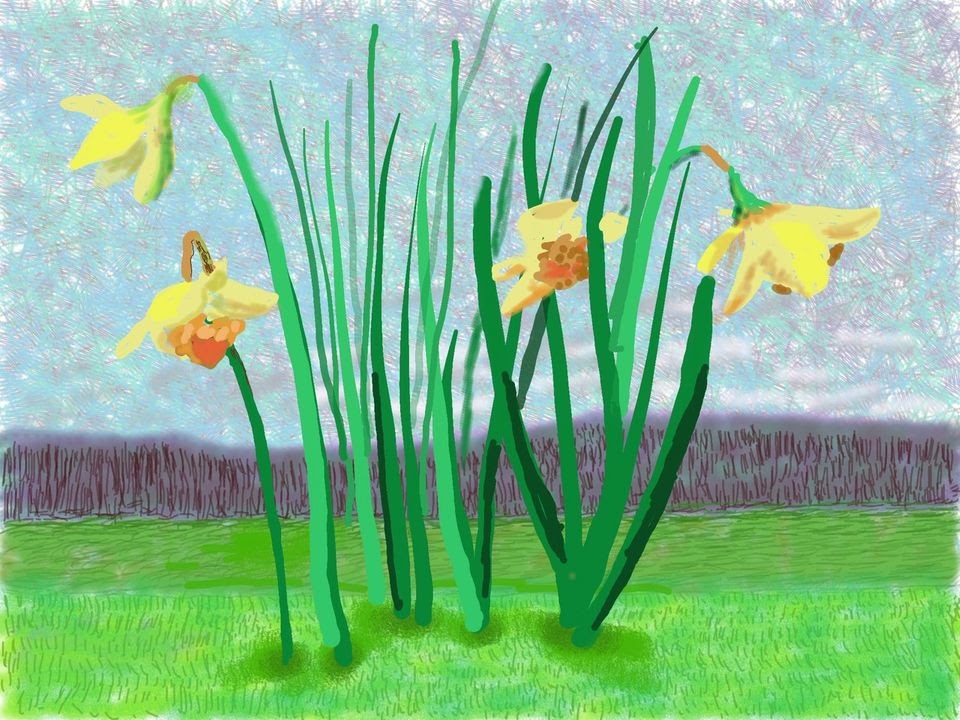 David Hockney, Do remember they can’t cancel the spring,

If you’ve picked up the hobby of iPad art, consider creating your own rendition of David Hockney’s still lifes and landscapes inspired by the seasons. Hockney shared the images at the beginning of the first and second lockdowns in the UK with the hopeful message that Spring and Autumn cannot be canceled. So whether you’re in the northern or southern hemisphere, remind yourself or send a reminder to someone else that Winter/Summer cannot be canceled. 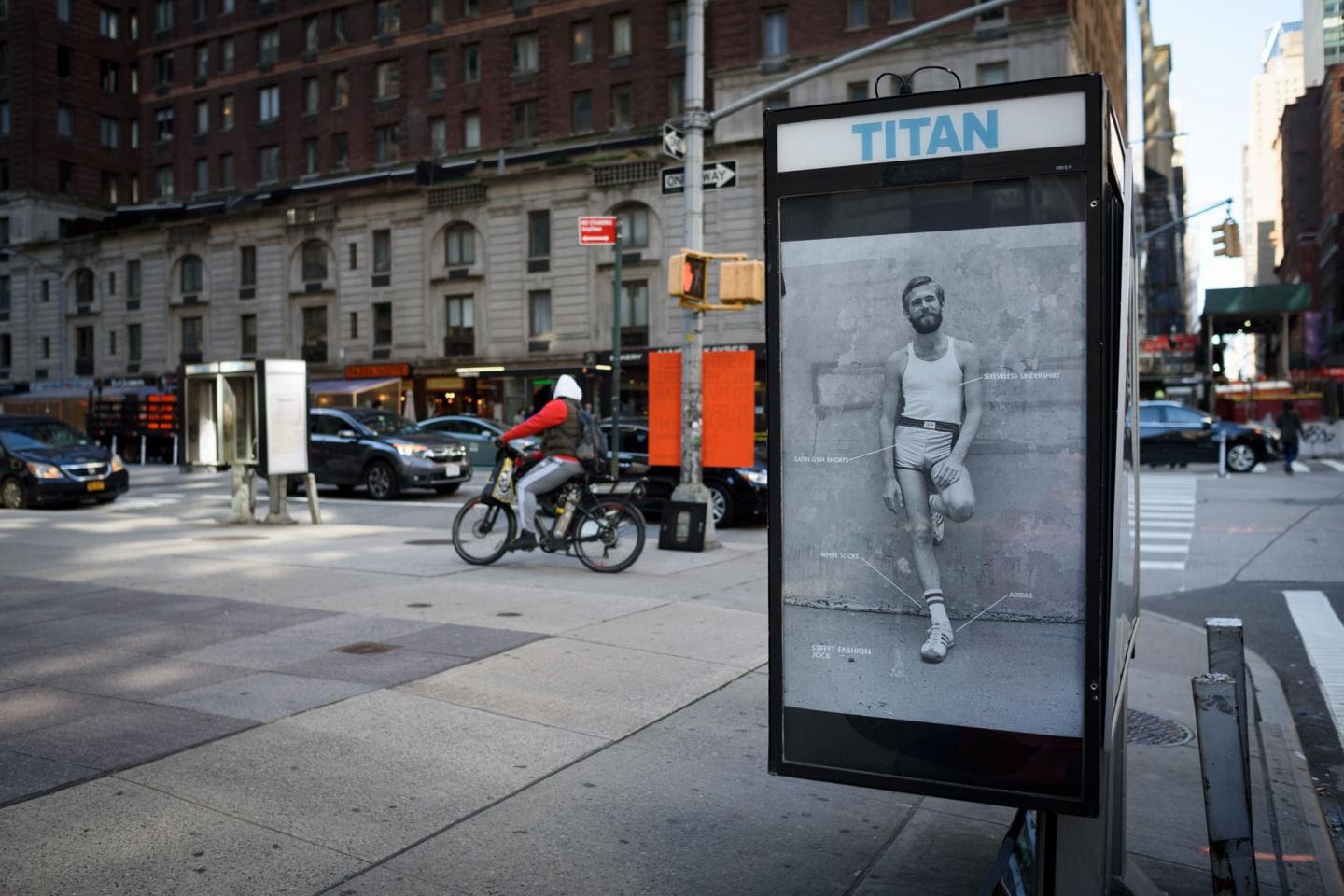 An installation of works by 12 artists were installed onto defunct phone booths down 51st and 56th St amongst important buildings including MoMA, various public sculptures, and Radio City Music Hall. As galleries and museums have been closed due to the pandemic, the outdoor exhibition was able to create an in-person experience with art by re-imagining the phone booth. If you don't happen to have a phone booth lying around, we recommend re-imagining other items–perhaps an old landline.

The facades of the Tate, the Met, and the Phillips Collection 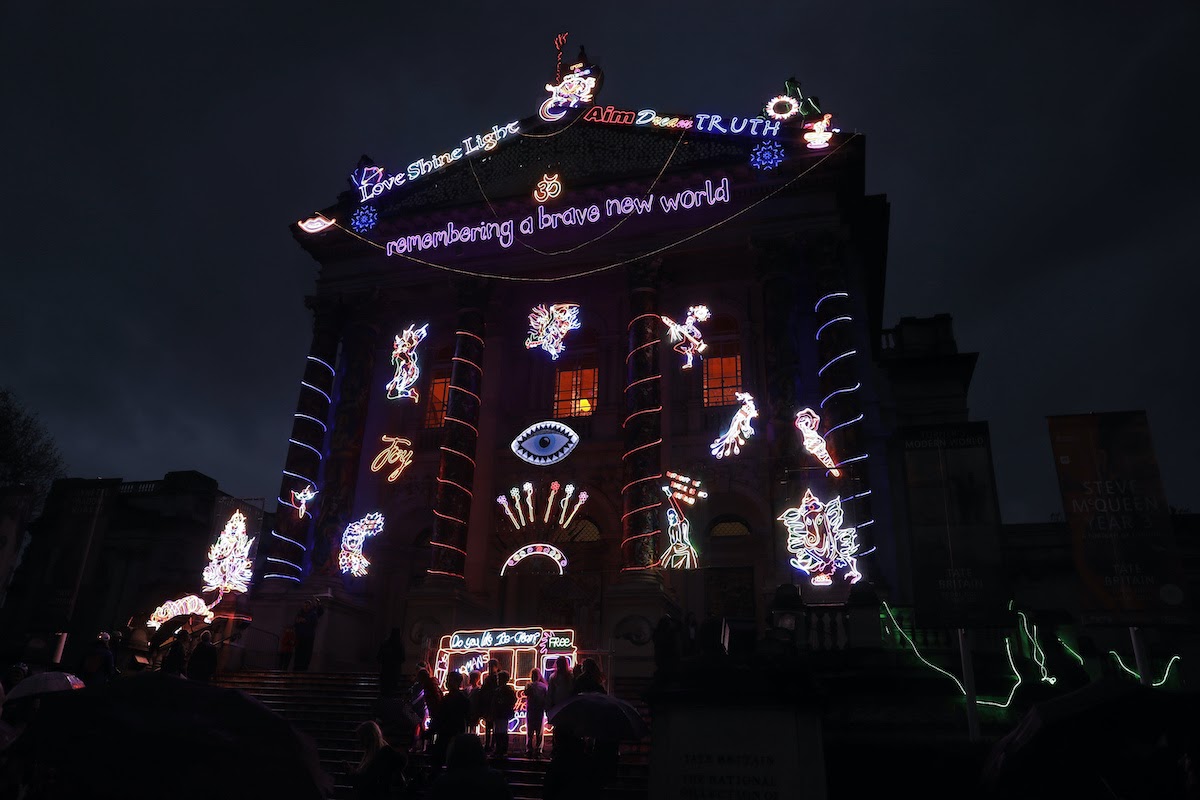 If you’re already missing Christmas decorations, consider filling that void that only string lights can fill by gifting your neighbors with the free and priceless gift of public art.  Illuminate your house by creating a light display inspired by Chila Kumari Singh Burman’s “remembering a brave new world” on the facade of the Tate.

DREAM TOGETHER on left, Moral Injury/So Vote on right 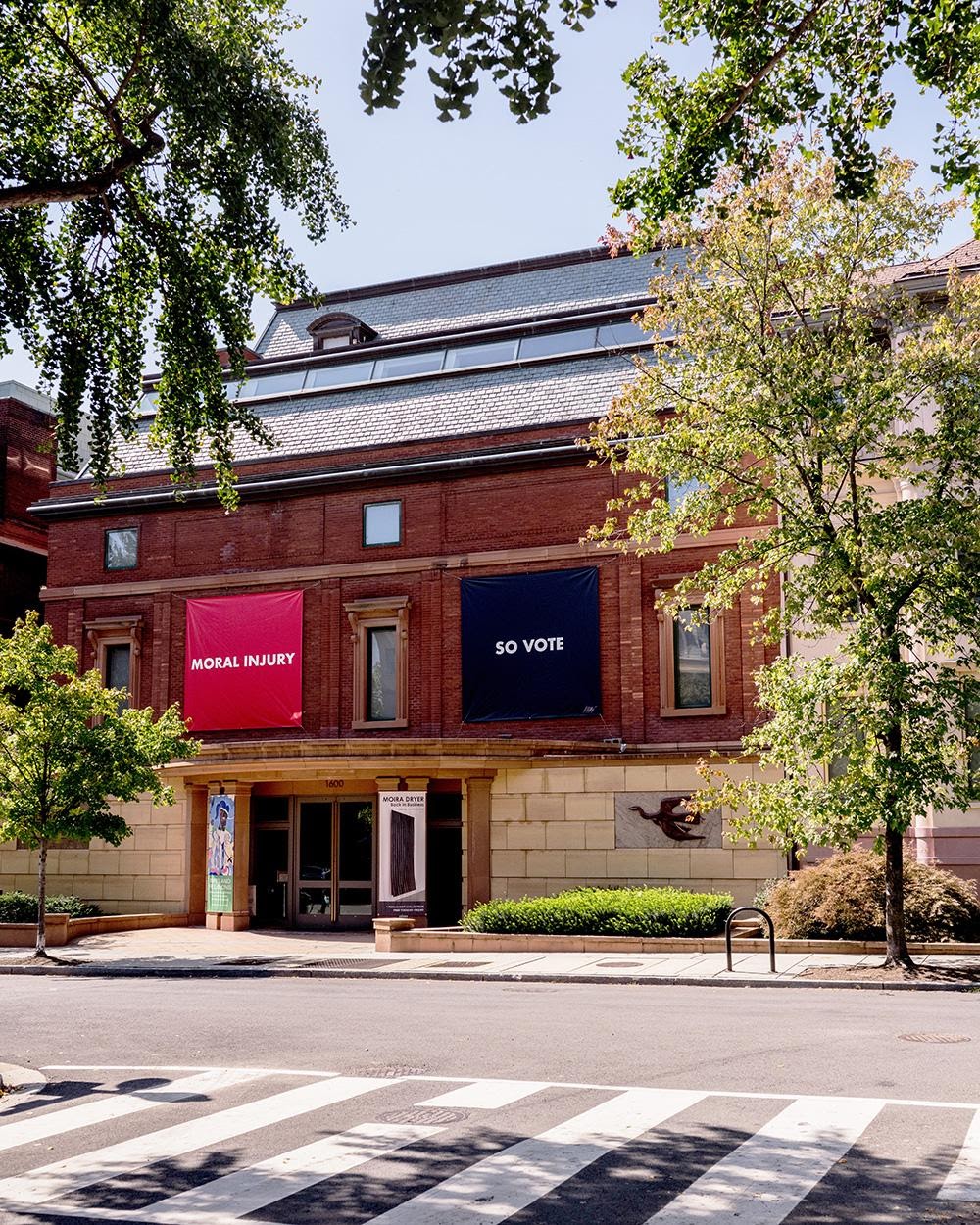 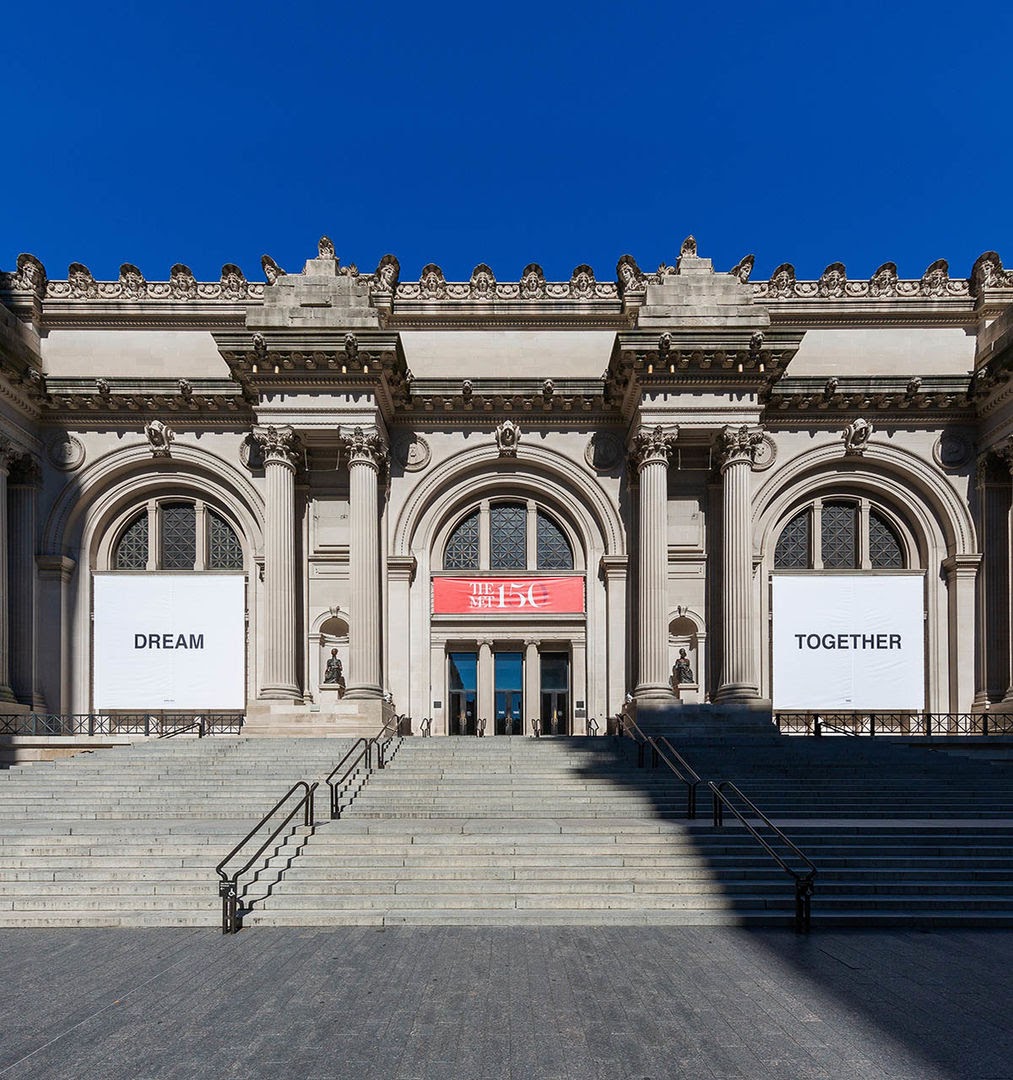 The Met's Gifts in Celebration of the Museum's Anniversary exhibition 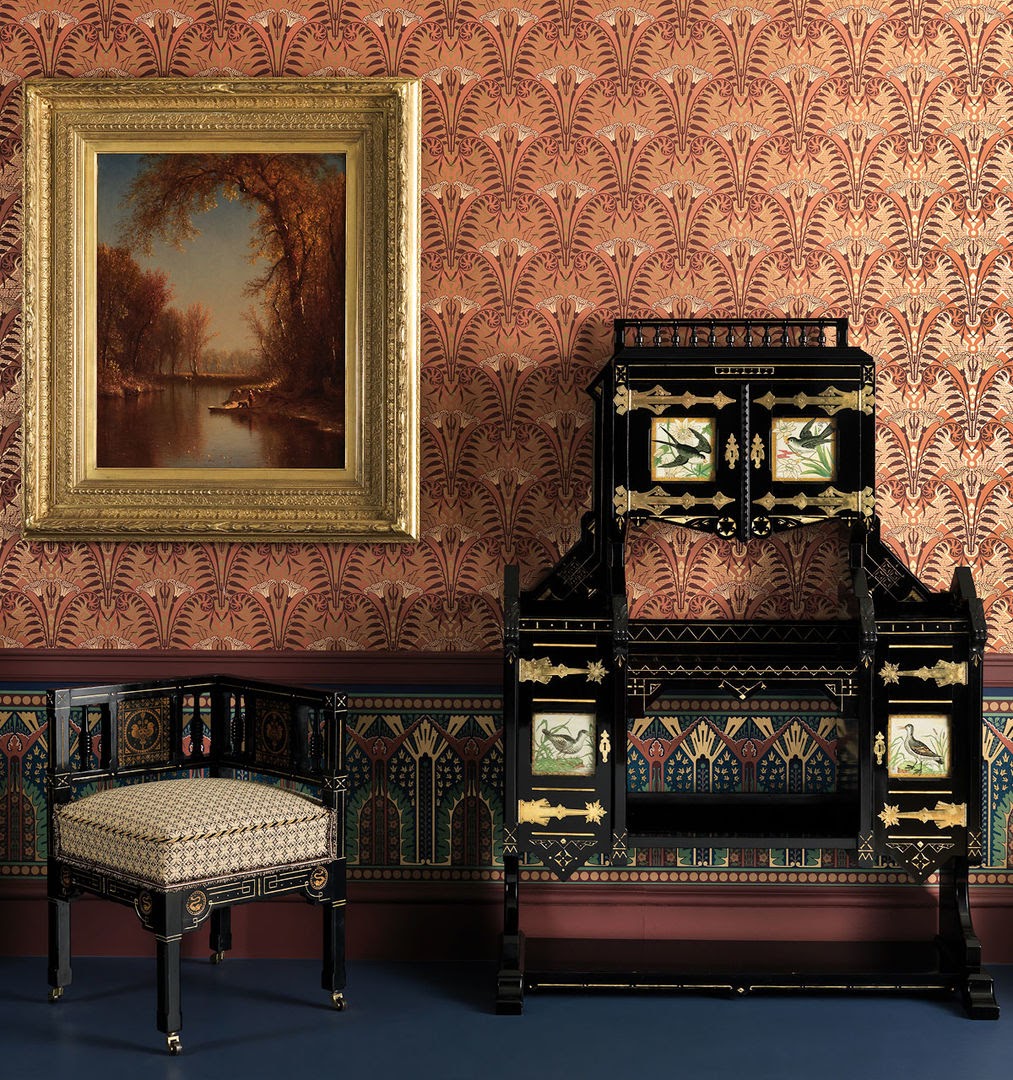 “Aesthetic Splendors: Highlights from the Gift of Barrie and Deedee Wigmore”

The Met turned 150 years old in 2020, receiving gifts from over 150 collectors and supporters. And, in true birthday style, it dedicated the year to opening and displaying its gifts. So if you’ve got any Christmas presents lying around, grab a label maker and label them in the museum fashion (artist, title, date, medium, provenance). For example: “Le Creuset, Mug, c. 2020, stoneware, bought in the Williams-Sonoma after Christmas sale in 2019 then gifted to me by my mother.” 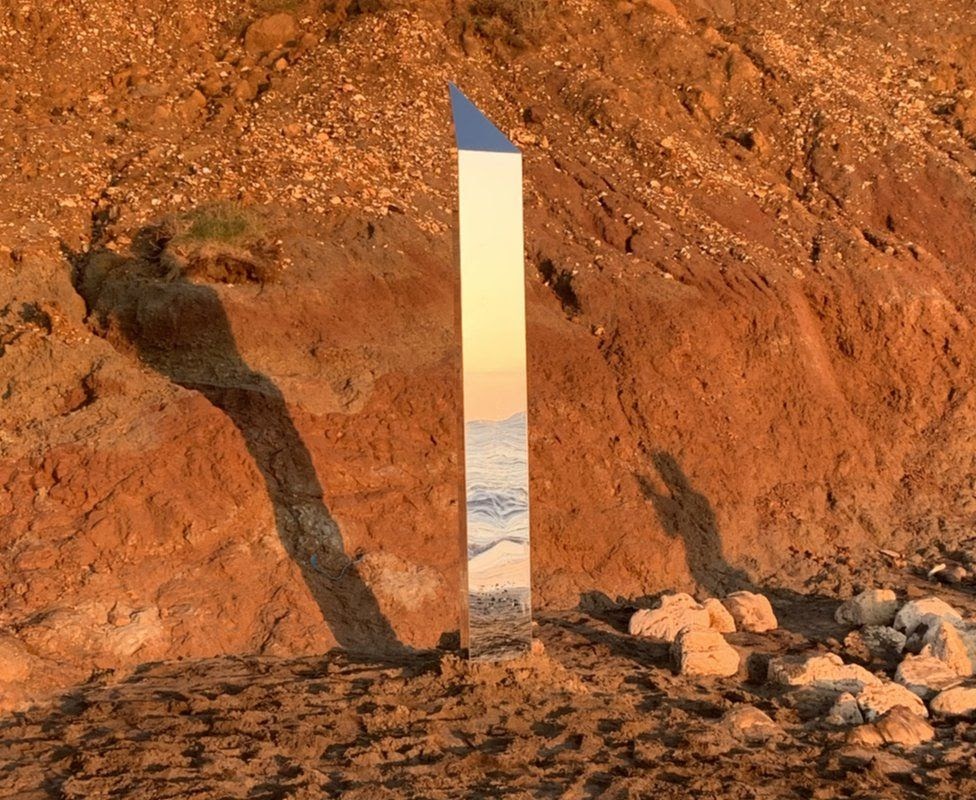 Reflect on 2020 by recreating your own rendition of the mysterious monolith. The original medium of the monoliths are wooden plinths with mirrored sections of plastic or perspex. But for those of us on a budget, try poster boards or upcycling your cardboard boxes and wrap them with aluminum foil.

For more notable 2020 art moments, check out these articles on the Ruth Asawa stamps or Rosie Lee Thompkins retrospective at the Berkeley Art Museum.