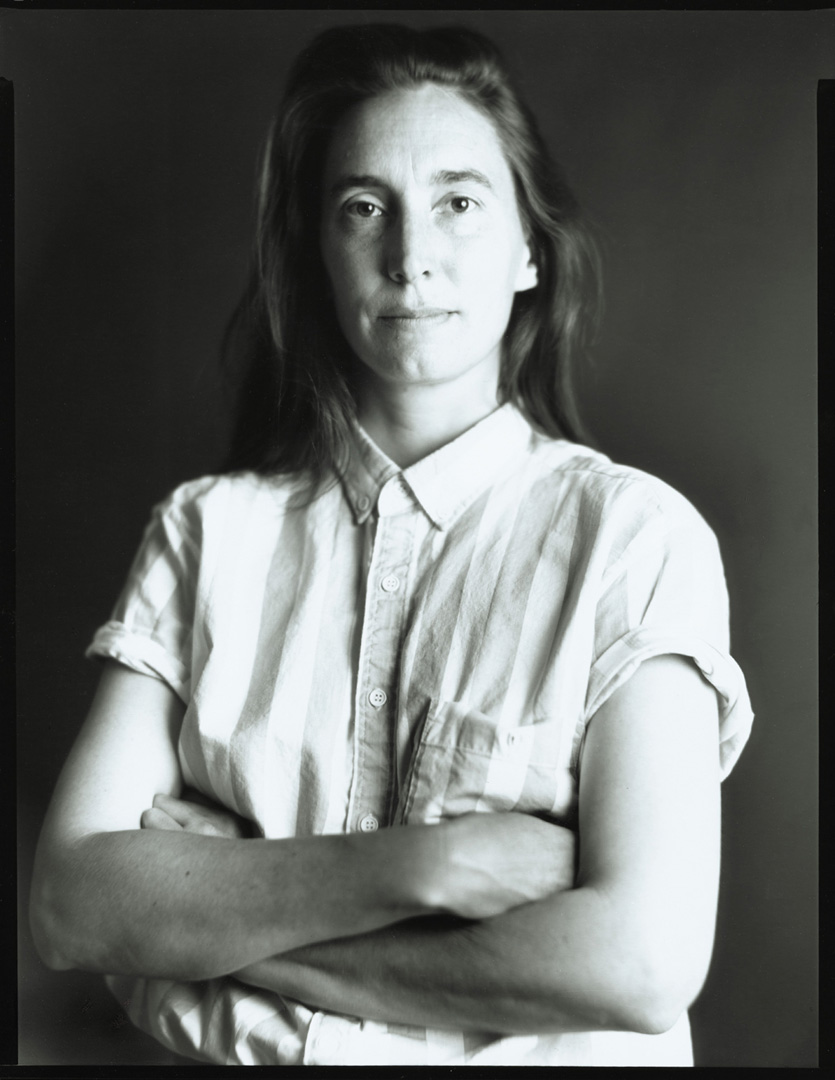 Holzer STRONGLY identifies as a feminist artist, and is interested in making her work as accessible and legible as possible.

Not sure about Holzer and her work? That’s okay, other artists are divided on her too. Painter Eric Fischl isn’t a huge fan, while Christopher Wool finds her innovative and engaging.

Holzer has sold work for as little as $15 (for projects like t-shirts) to more than 6-figure price tags.

Jenny Holzer was the first woman to represent the USA at the Venice Biennale and she won.

The work of Jenny Holzer feels like slam poetry meets fine art with just a hint of vandalism and a feminist slant. The perfect edgy bohemian combination, no?

Like many before her, Holzer first found fame by pissing people off. She began by writing truisms on paper and pasting them all over buildings around Manhattan, just some low key vandalism. She then moved on to papering neighborhoods with her ideas on flyers, because why not litter for the sake of art? While some may have been peeved by this approach to art making, it is most likely what she is trying to say through her art that leaves people a little on edge. See, some may call Holzer a Debbie Downer. She is always reminding us of the prejudice, eminent doom, and cruelty that fills our world and does so through poignant phrases and digital projections. I suppose this pessimistic angle makes sense when you realize that Holzer was never been the cool kid on the block *insert Jenny from the Block joke here*. As Holzer recalled, "It was only when I was in my 20s, I realized 'being normal' was out of reach (and that maybe I was okay with that) so I went back to art”. I suppose this might not bode well for all you artsy types.

Since, Holzer has become a pretty big deal in the arts, with that statement being validated by becoming the first woman to represent the United States at the esteemed Venice Biennale. Holzer’s work is pervasive as well, appearing on pretty much every surface from billboards to parking meters and even on condoms. Yes, condoms. So when you're getting down and dirty you can be reminded of one of Holzer’s glaring truisms such as “Men don’t protect you anymore." I guess our only hope is that the condom will...

In 2001, Holzer ditched writing her own truisms and now hires others to produce the writing for her work. Now you may be thinking that is a bit of a cop-out since her text is the cornerstone of her work, but isn't that the indication that you have made it in life? She still gets all the credit but doesn’t have to do the work. #lifegoals. Not that she wants the notoriety that comes with being a famous artist. Holzer aims to remove herself completely from the work; total anonymity is her goal. She wants people to think about the words, not the person who wrote them, (who as we now know may or may not be Holzer herself).

Here is what Wikipedia says about Jenny Holzer

Jenny Holzer (born July 29, 1950) is an American neo-conceptual artist, based in Hoosick, New York. The main focus of her work is the delivery of words and ideas in public spaces and includes large-scale installations, advertising billboards, projections on buildings and other structures, and illuminated electronic displays.

Holzer belongs to the feminist branch of a generation of artists that emerged around 1980, and was an active member of Colab during this time, participating in the famous The Times Square Show.

Check out the full Wikipedia article about Jenny Holzer

Jenny Holzer is mentioned on our blog -

10 Artists Who Were Also Mothers
Who said that you can’t be a mother and an artist at the same time?   The patriarchy, for one,…

John and Emily go to the Stuart Collection
On a beautiful Tuesday afternoon, John Cappetta and I made our merry way over to UCSD’s Stuart…
Sign up
Forgot Password