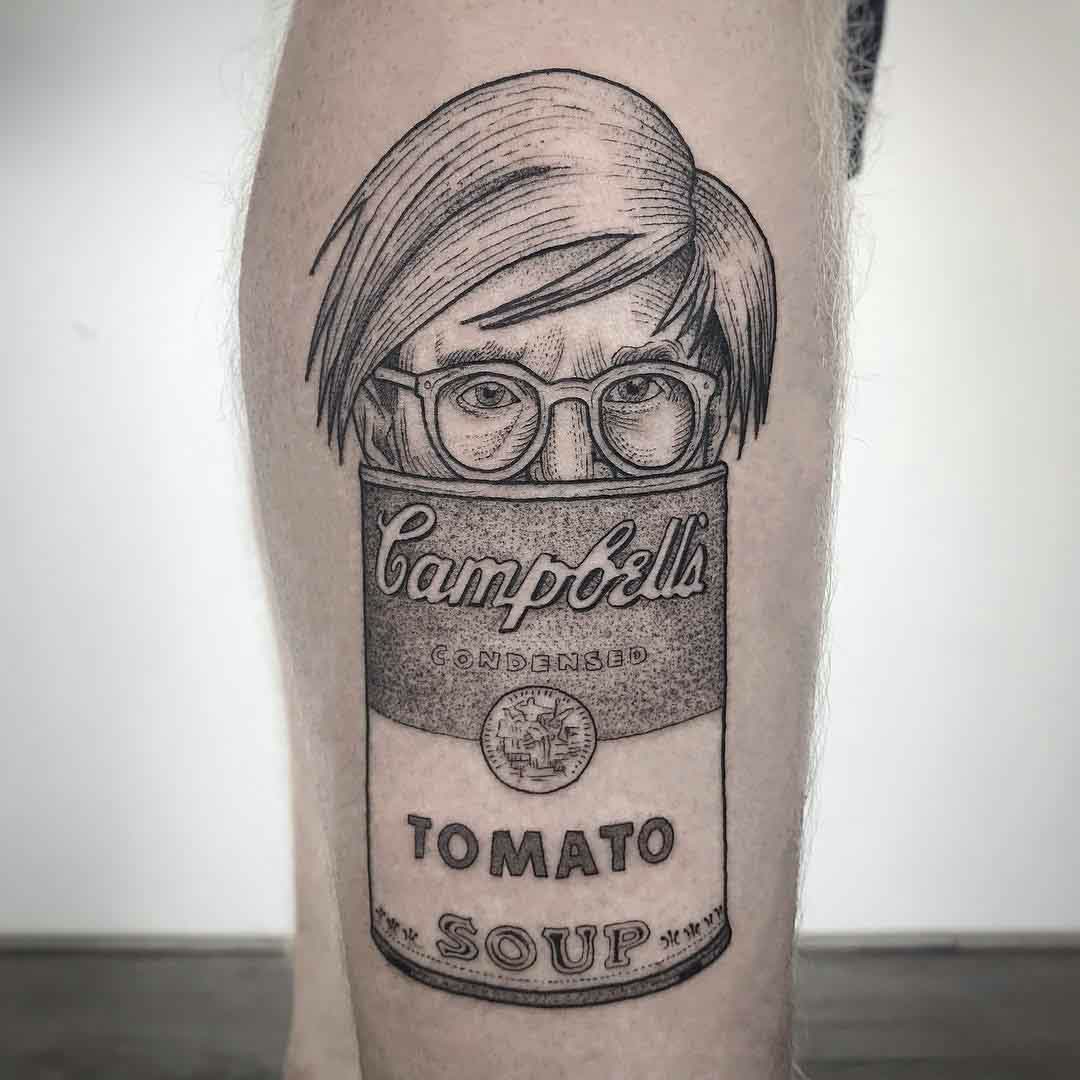 If you want to get an eye-catching art history inspired tattoo, look no further! Pop art has everything you need: colorful, reproducible, fun, and fake-deep enough to convince your friends it’s meaningful.

Take this tattoo of Andy Warhol’s famous banana. No, his other famous banana. The one he created for the debut cover of the Velvet Underground & Nico. On the cover art of this album in fine print, Warhol invited fans to “peel slowly and see,” revealing an angry-looking red banana underneath. Our friend here - who decided that the best place for this fun banana is on the top of their foot - may claim that the deep meaning stems from peeling away the facade. If you peel away the skin off of their foot, you will find another angry red mass . . . no wait that’s blood. 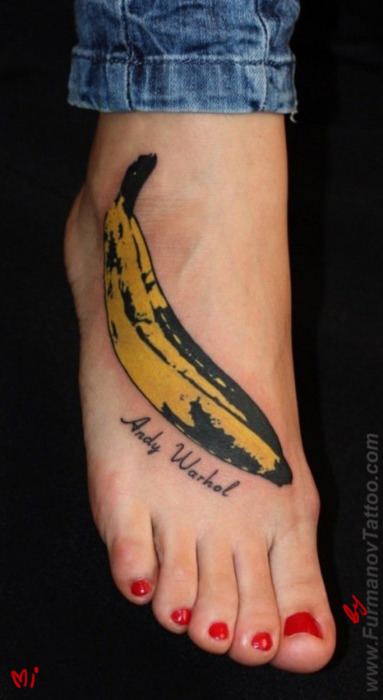 If you like to party, I recommend a colorful Keith Haring tat. Tag yourself: I’m the blue one. If this was my arm, though, I would get it done with UV ink (see image for reference) so the little guys can dance with me any time I go to a rave. That way, I don’t need any friends. Got the whole squad on my arm. 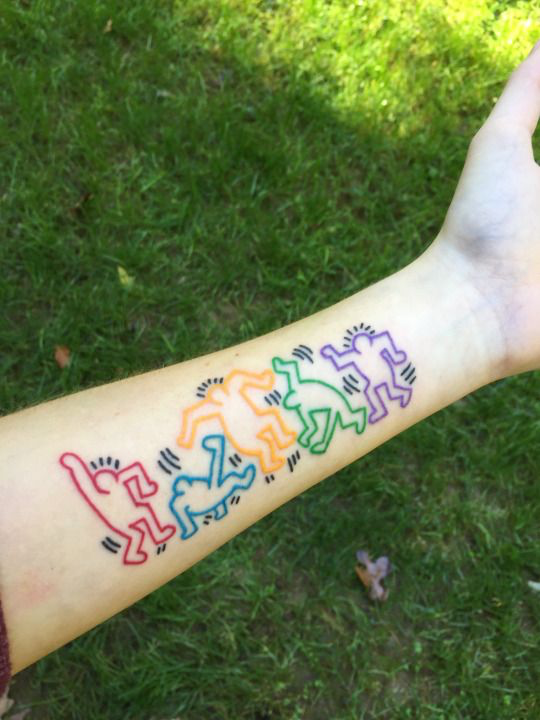 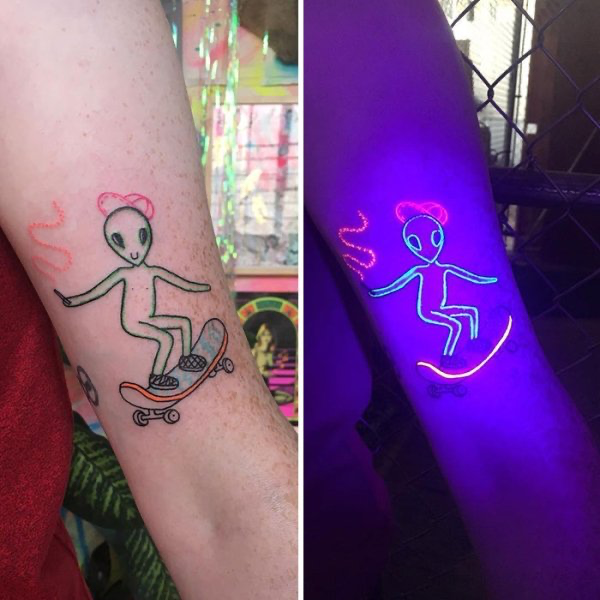 David Hockney’s A Bigger Splash makes for a nice, bright tattoo as well. It will certainly make a big splash at your next backyard barbeque! And it can be interpreted in many . . . deep . . . ways as well. Maybe it represents the permanent scar of doing a belly flop in the deep end of the pool. Or the simple beauty in a sunny, poolside afternoon. Or it just looks pretty. That’s what Pop Art is all about though, isn’t it? Flashy, modern, and fun! 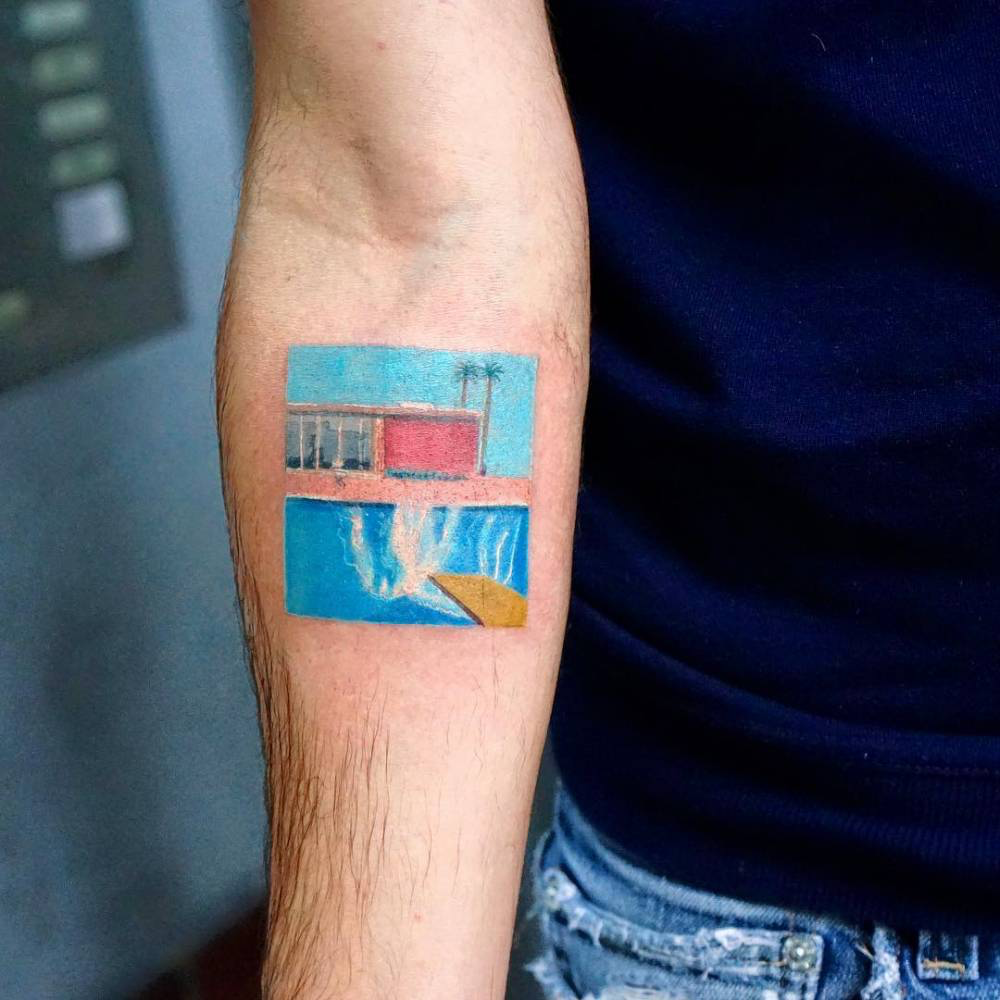 Henri Matisse may not be known as a Pop Art artist, his revolution of modernism inspired this whole movement through his unprecedented use of color as an entity separate from form. He released color from its formerly mimetic role within art and brought all future artists the freedom to use color without the limitations of realism. In Roy Lichtenstein’s The Artist’s Studio - The Dance, one of Matisse’s masterpieces, La Dans, provides a backdrop for the interior of a studio space. Somehow, Lichtenstein makes the dancers the subject and the background of the painting simultaneously. Though he was once deemed “the worst artist in America,” Lichtenstein’s works became a notorious element of pop culture as they were influenced by the style of comic books. 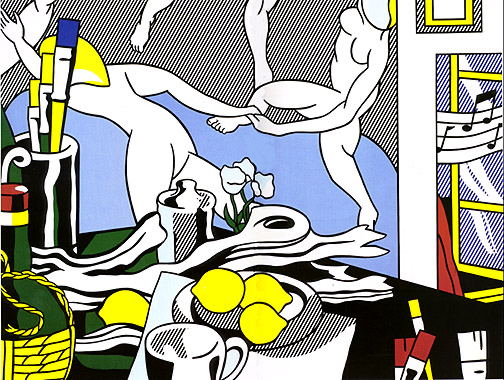 In case you live under a rock, you’ve probably seen a Roy Lichtenstein tattoo before, even if his artwork wasn’t the original inspiration. This one, for example, depicts the sounds of its owner kicking your ass. Boom! KA-POW! You know this person eats a bowl of nails for breakfast . . . without any milk. 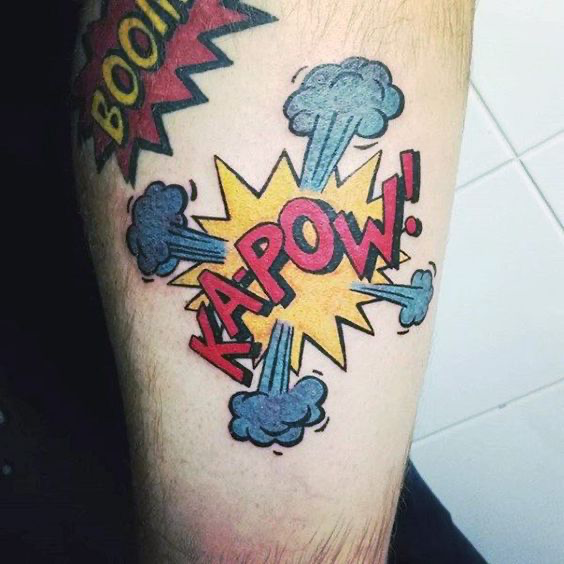 It just so happens that I, personally, have a tattoo of La Dans. Yes, that gif is my arm. And yes, it’s “deep.” I wanted to include it here because, though Matisse isn’t known for being a Pop Art figure, per se, his influence on the movement and this recurring motif mean the friends on my arm deserve a seat at the table. They’re the only friends I need. At least, that’s what I say when people ask why I don’t have any.

Finally, we have a two-for-one special. A Haring on the left and a Warhol on the right. I’m not sure why they felt that the back of the knees was the best place for two big round sticker-esque tattoos, but no judgment here. Who doesn’t love a pop of color in their knee pit? Perhaps these represent the love, joy, and glamour of life. 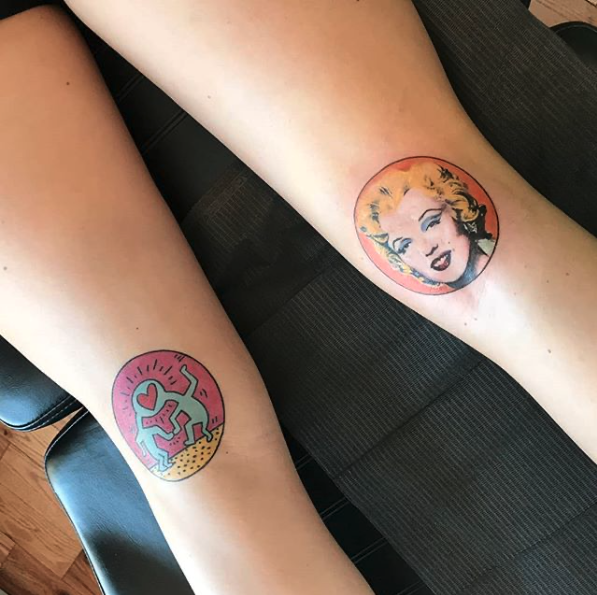 In reality, Pop Art created icons that reflected the modern world. Warhol’s paintings of Campbell’s soup cans and Marilyn Monroe took the language of the vernacular culture and created an instant association with this artistic movement. By putting Pop Art permanently on your body, you’re taking with you not just a piece of art history, but an immortalized slice of life from the mid-20th century.