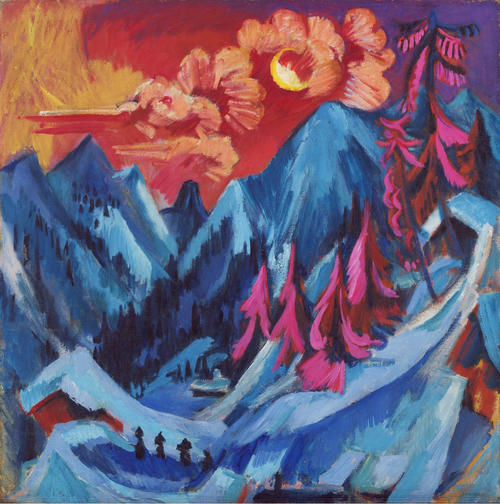 “That painting looks so realistic” is not something most viewers would say of an Expressionist painting. We often associate realism (when we are not referring to the movement known as “Realism”) in artistic images as a depiction which is similar to the way we optically see the world or in the way a camera sees (as when someone says a drawing or painting “looks like a photo”). However, artists that were a part of the Expressionist movement and those influenced by them were not interested in describing the world as it optically looked or the way a camera saw it, but how it felt and their subjective response to it. They often created highly personal, spontaneous, and emotionally charged interpretations of the world. While our discussion will focus on the “fine arts”, this subjective and emotive approach was part of a broad movement in the 20th century which encompassed not only painting, drawing, and sculpture but also architecture, theatre, and literature.

Expressionism and its related terms are flexible words that can be used in many ways and can cause some confusion.  We often hear art viewers say an artwork looks expressive, sometimes in a vague manner. Let’s clear up some of the terminology and provide some basic definitions. When we refer to the “Expressionist movement”, we are usually talking about groups of artists making art in the early 20th century who worked primarily in Europe and created emotionally charged paintings. However, the word "expressionism" can also be used in a broader sense to refer to artworks in the Western art world that emphasize emotional expression over optical realism.

Artists that were a part of the Expressionist movement were not the first to create images that emphasize emotional expression. In the Western art world the painter El Greco, who lived from 1541 to 1614, and the painter Francisco Goya, who lived from 1746 to 1828, used gestural marks, expressive colors diverging from realism, and adjustments to proportions to create paintings with strong emotional content. For example, in Goya’s Saturn Devouring His Son (shown below), Goya uses visible gestural marks, earthy, corpse-like colors, and a depiction of form that emphasizes the bones to create a painting which expresses primordial terror. Later, in the nineteenth century, artists like Vincent Van Gogh and Edvard Munch developed a highly personal and subjective style of painting, with often hallucinatory and emotionally charged depictions. All these artists could be considered proto-expressionists, as they set the stage for artists now considered a part of the Expressionist movement. Examples of expressionistic artwork can also be found in the East, where the traditions of Japanese ink brush painting show expressive mark making and proportions. 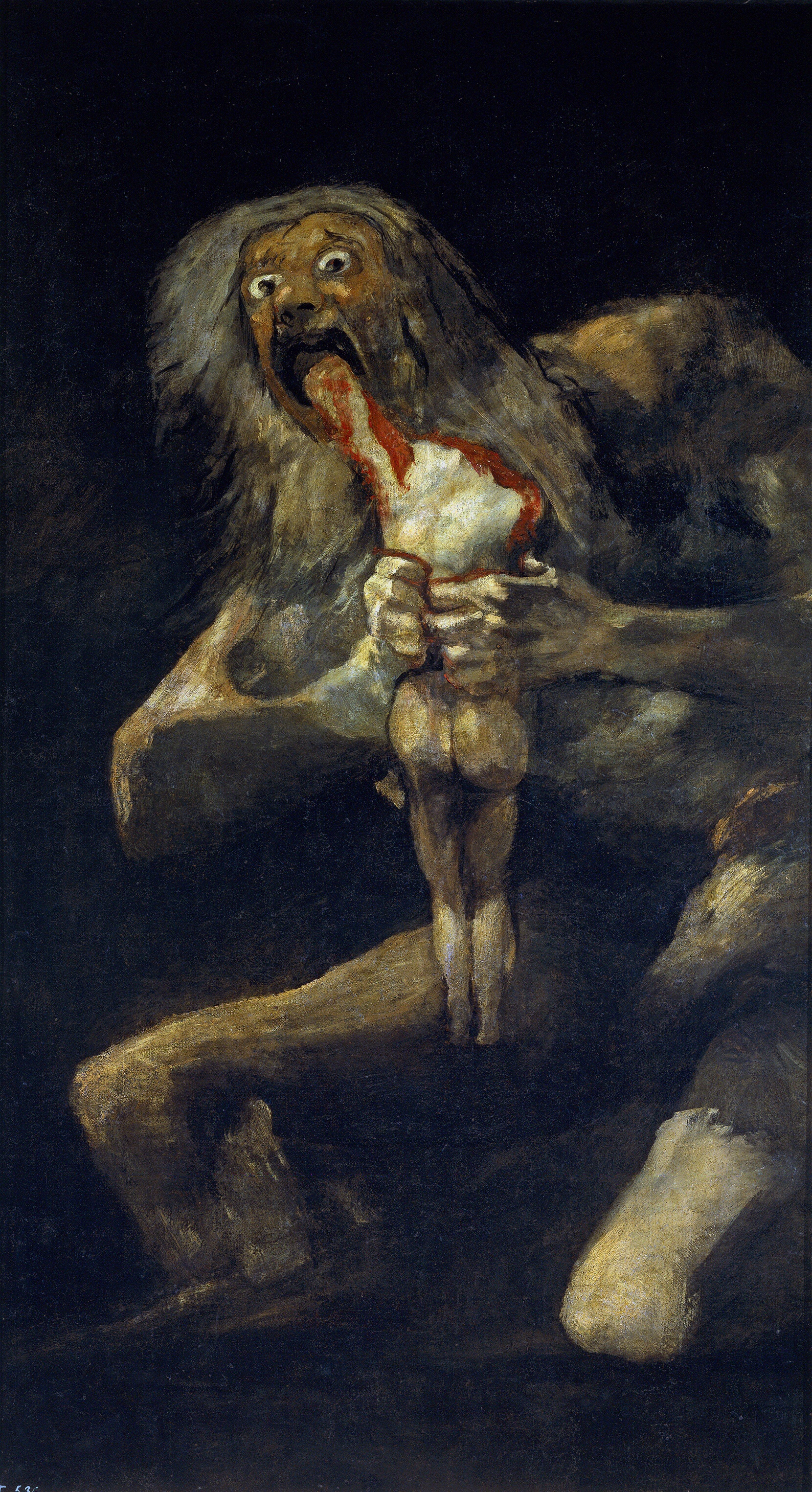 What we refer to as the Expressionist movement began in the early 20th century, inspired by many of the aforementioned artists and a desire to bring an emotional and spiritual vibrancy into Western art. In 1905 a group of German artists led by Ernst Ludwig Kirchner began a group called “Die Brucke” (which translates to “The Bridge” in English). It included the artists Erick Heckel, Fritz Bleyl, and Karl Schmidt-Rottluff. They created paintings which expressed their emotional response to the modern world, which was often angst ridden, disoriented, and melancholic. The fabric of contemporary life was changing and these artists were frustrated with the alienation caused by urbanization and capitalism, and the lost sense of spirituality caused by the rationalism carried over from the Enlightenment. They expressed these feelings through swirling and jagged visible marks, discordant colors, and a seemingly warped sense of proportion. Just take a look at Kirchner’s Street, Dresden, where wavy forms, undulated lines, and nauseating colors evoke an inebriated and depressive feeling. 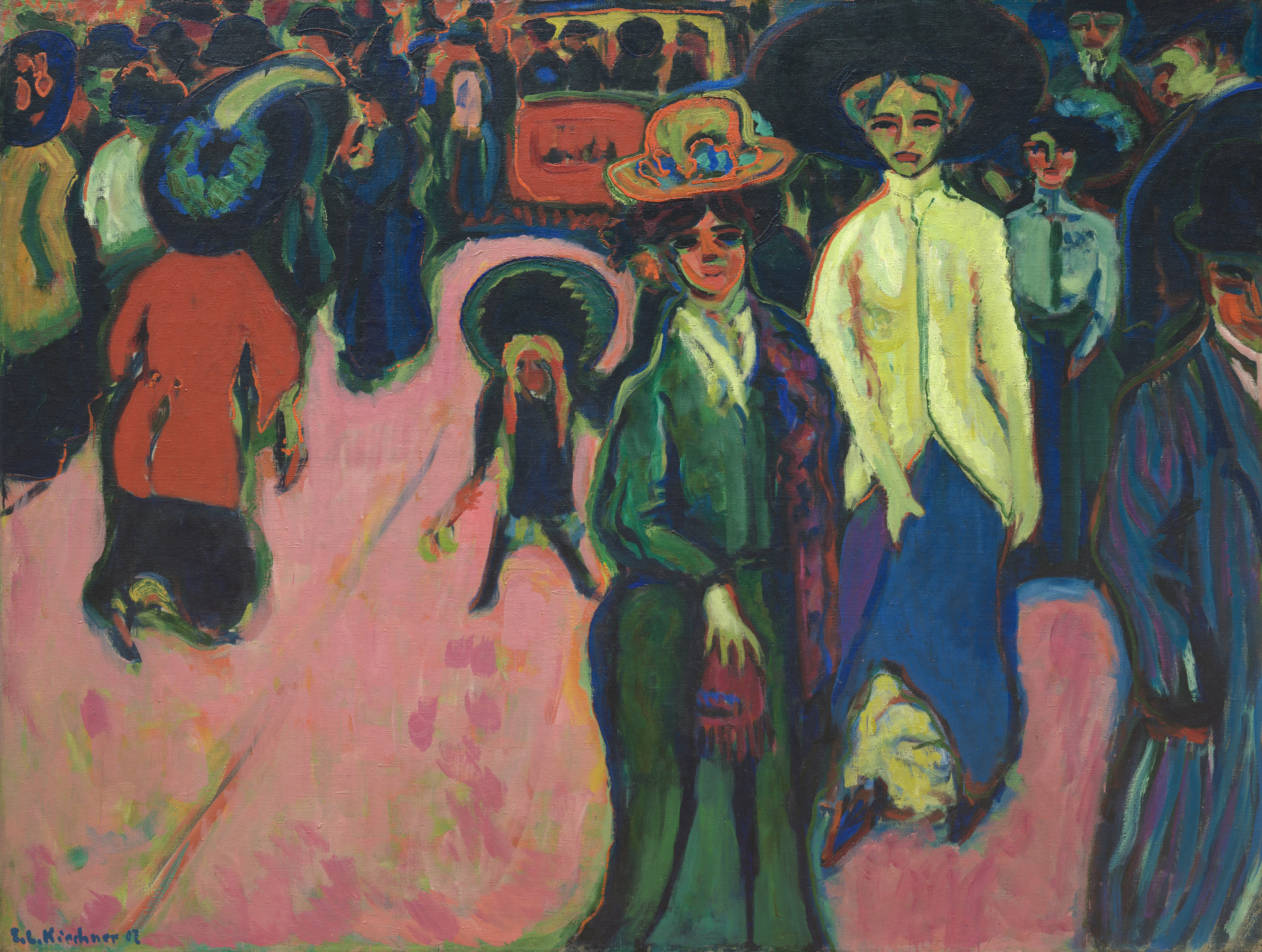 Another group of German Expressionists was started by Wassily Kandinksy and Franz Marc in the early 20th century, and was called Der Blae Reiter (which translates to “The Blue Rider” in English). As a whole their art appeared less agitated and angsty than the work of the Die Brucke artists, and generally emphasized abstracted form over the distorted figuration of the other Expressionist group. Although they did share a common emotional vigor with Die Brucke artists, they placed more emphasis on the spiritual dimension of art. For instance, the word "rider" was used in the group’s name to refer to a rider who was going beyond and transcending the mundane. Additionally, many of the members used colors symbolically, believing each color had a certain spiritual significance.

It is important to remember that the Expressionist movement included other media and disciplines, such as that of sculpture. A notable German Expressionist sculptor was Ernst Barlach, who utilized an emotive approach to sculpture to create figures that expressed the horrors of war and the plight of peasants. The work below, titled The Refugee, has forms with an angular emphasis similar to the paintings of Kirchner. These angular forms create a sense of movement, or at least the desire for movement forward, as well as a physical harshness that reflects the reality of their experience. 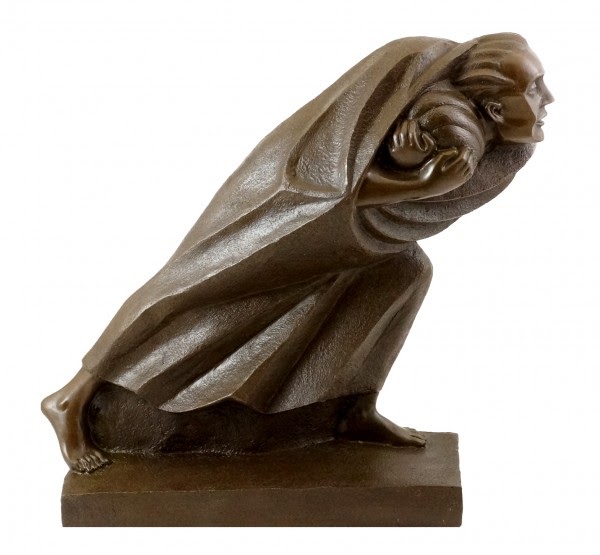 These early Expressionists sent forth a wave of expressionism that would inspire other artists in Europe in the coming decades, including Chaim Soutine in France, Egon Schiele in Austria, and Kathe Kollwitz in Germany. These artists took the Expressionist movement in new directions, including using it to express social commentary, as is the case with Käthe Kollwitz, or developing a more abstract presentation, as in the work of Chaim Soutine.

An expressionistic sensibility would continue to be a trend in 20th century art. In the 1940s and 1950s Abstract-Expressionists would take expressionism to less representational realms, describing inner worlds and creating artworks with less direct representational references. For example, Helen Frankenthaler’s work “Renaissance” (shown below), while it does evoke natural elements like a cave or perhaps even an island, doesn’t allow the viewer to draw direct references to any of these items. However, it continues to evoke a subjective response to the natural world. The Neo-Expressionists would take these expressive tools of gestural marks, expressive color and form, and apply it to their contemporary context, sometimes utilizing mixed media and more open and collage-like compositions, as is the case with this work by Jean-Michel Basquiat (shown below). 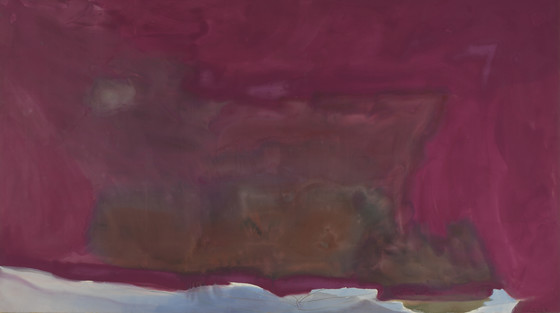 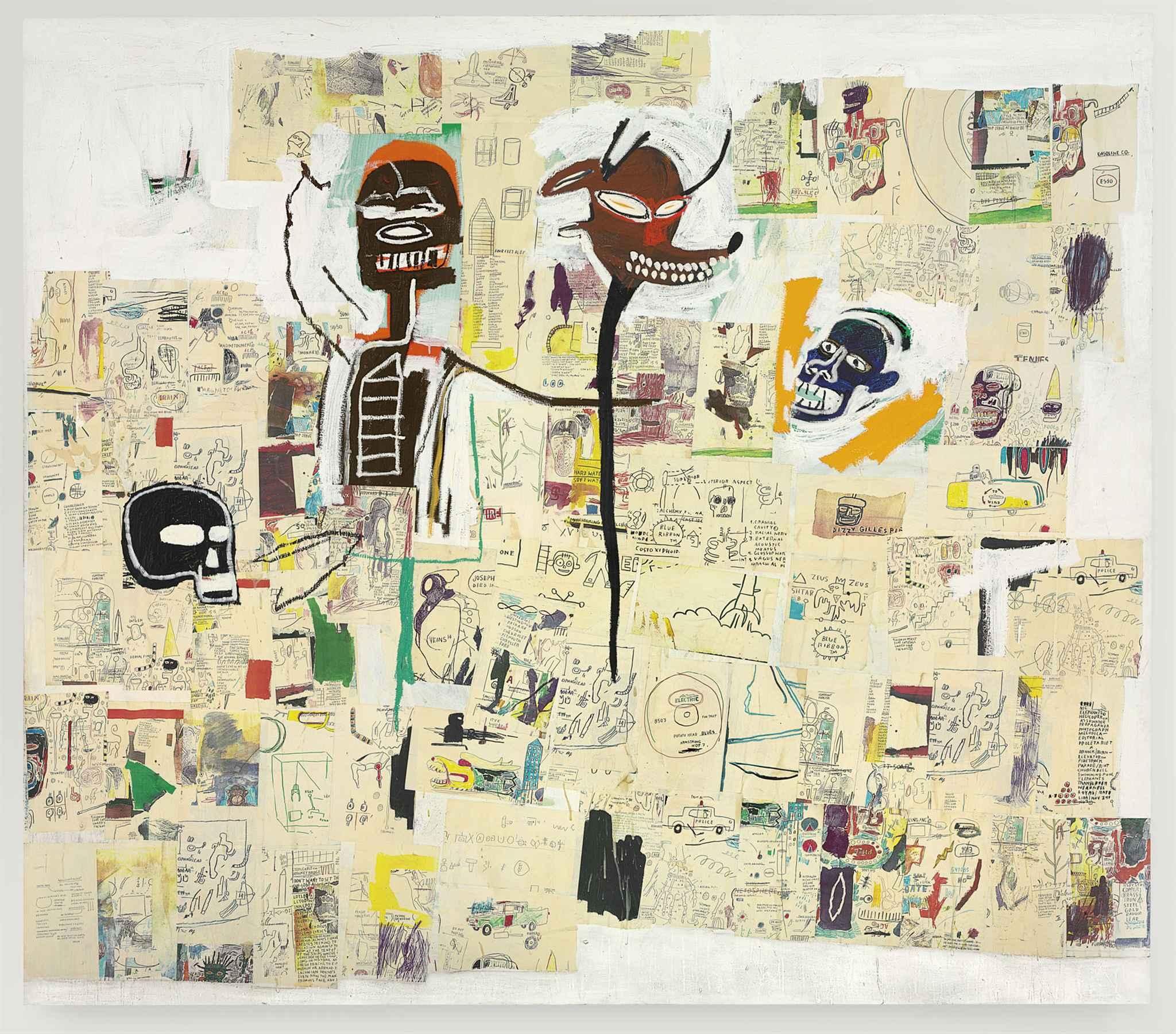 Contemporary artists continue to reinvent the expressionism style of painting and apply it to a new context and subject matter. These artists include Cecily Brown, Jenny Saville, and Nicole Eisenmen. While neurotic emotions are still expressed, artists have used the style in expressing other feelings and moods as well. Jenny Saville, in Strategy uses gestural strokes and a thick gestural application of paint to create a fleshy and intimate representation of an unidealized woman. This expressionistic approach provides an emotionally warm alternative to the coolly impersonal and retouched fashion photograph.

I didn’t realize that the first person to create expressive art was actually in the 1500s! I have always assumed that it was a relatively new concept which may have begun in the 1800s during the renaissance period but really took shape in the middle to late 1900s. I associated the start of expressionism with the start of the Expressionist movement.

I didn’t realize how broad the art of Expressionism was! I thought it was only used for art resembling realism, but with a creative twist. Expressionism is so much more though! It's a way to express emotion, movement, and a way of making the artist's viewer feel and think in a different way.