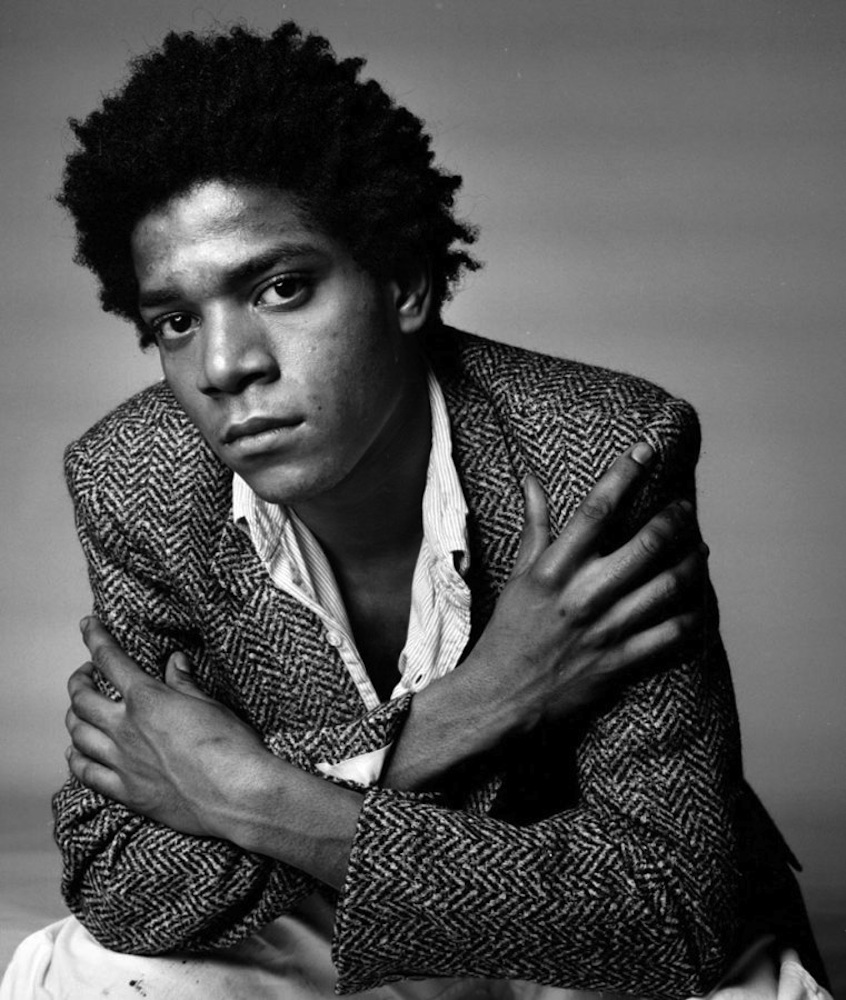 He would work in Armani suits and wore them outside covered with paint. 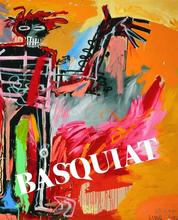 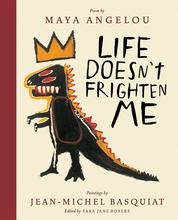 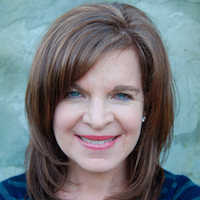 By age 11, Jean Michel Basquiat was tri-lingual in French, Spanish, and English.

His mother was committed to a mental institution when he was a teen and his dad kicked him out of the house at the age of 22. So Basquiat lived on the street, sleeping on park benches, and painting on discarded windows, garbage cans, doors and other New York debris. But he quickly went from begging people to buy his works to selling them in the top international galleries throughout the world. Once people cottoned on to his talent, Basquiat graffiti murals from his homeless days were often removed from the streets with hammers and large power tools by opportunistic collectors. He was like the original Banksy in that regard.

Basquiat often depicted African-American and Hispanic athletes in his work and juxtaposed text and imagery. The biopic "Basquiat," directed by his long-term competitor painter Julian Schnabel, premiered at the 1996 Sundance Film Festival. Choice scenes include the artist painting on a tabletop in chocolate syrup.

Jean-Michel loved painting in his expensive Armani suits that he often wore out in public afterwards, adorned with paint splatters. He was close to Andy Warhol and when Warhol passed away Basquiat went into a downward spiral that ended with a fatal heroin overdose in his art studio. Like Amy Winehouse, Janis Joplin, Kurt Cobain, and Jimmy Hendrix, he died at age 27. 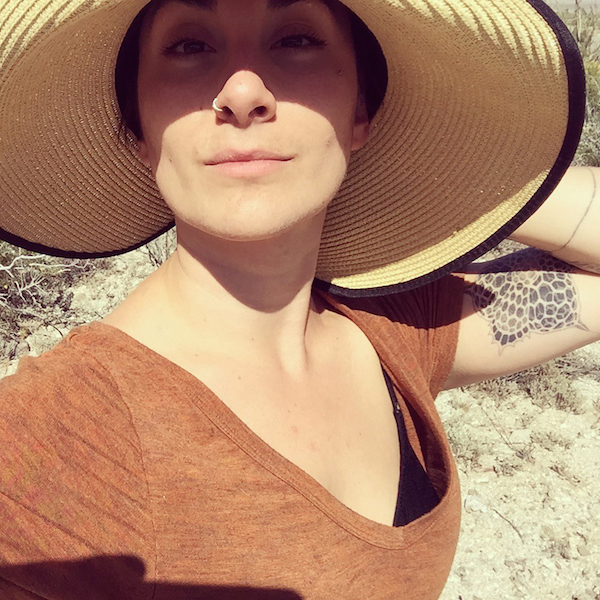 Everyone loves an underdog. Moreso, everyone loves the story of an underdog whose early death halts the sky-rocketing trajectory to stardom by an unsuspecting character who challenges the status quo inside an industry dominated by white guys. I mean, it’s the ultimate fairytale of modern times. These days, it is rare to meet someone who has never heard the name Basquiat, thought it happens. And for those of you who live in a cave dwelling, we are talking about the ultimate art-star. In 2017, Untitled (1982) became the highest selling piece of art by and American artist ever, EVER, so… yeah if you have no idea who this is, you're in the right place.

On top of a very short, albeit public, career and exorbanate prices on the international art market, Basquiat is a champion of combining the streets and politics of the 1980s to bring them into the minds and homes of wealthy art collectors. Often accidentally tossed into the category of Pop Art due to his friendship with Andy Warhol or proximity to Keith Haring, Basquiat’s entire portfolio is much too nuanced to be considered Pop. Transcending the expectations of contemporary art and adding grit and flavor, making him the poster child for the neo-expressionist movement. His very public life and romance with fame expedited his rise to stardom and, inevitably, his early demise.

Born in Brooklyn to a Hatian father and a Puerto Rican mother, the young artist emanated creativity from a young age and as a teen his cultural heritage influenced themes in his work. Famed to be the youngest member of the Brooklyn Museum, his background set the artist up with some automatic “cool points” that would help to make him a cultural icon. Basquiat’s mother is diagnosed with mental health trouble when he is in adolescence and she ends up in and out of institutions, all while the relationship between the artist and his father is deteriorating. The breakdown of this relationship is a turning point for Basquiat, leading him to decisions which will move him directly in line with his destiny.

By the end of high school, Basquiat has dropped out and left home for the streets of Manhattan. Now a quick reality check: looking back 40 years, it is easy to romanticize the life of a vagrant artist in the Lower East Side in NYC in the 80s; there is a resurgence of urban Bohemianism, the romantic trope of the starving artist brooding in their creativity, there is the birth of punk, pop art, the gay liberation movement, I mean, who doesn’t love ‘Rent’? And finally, it’s a time when a myriad of iconic celebrities are all percolating, pre-stardom, in the same clubs in the Lower East Side. But the reality is, that was a really rough time and place. Crime, violence, drugs, racism, and fear were rampant. Regardless, this future art star thrived.

SAMO was Basquiat’s first known public art statement. A graffiti co-creation of Basquiat and Al Diaz (a high school friend), SAMO was a shortened slang for same-old-shit and often followed by some politicized subject which forced viewers to wake up and think. Very forward-thinking for a couple of stoned teens. When their collaboration ended, SoHo was speckled with tags, “SAMO is dead," a clever way to publicize their separation. In 1980, the young artist had work in a group show that, as the kids today say, went viral. The “Times Square Show," as it’s come to be known, brought graffiti and street style from lower Manhattan into the spotlight for the first time, and there in the middle of it was a SAMO installation. This is where that ferocious momentum began for Basquiat.

Inspired by abstract expressionists of previous generations, Basquiat incorporated graffiti styles, his own mixed cultural heritage, and text into the emotion driven works of his predecesors. Neo-Expressionism was in its infancy and the artworld made Jean Michel its posterchild as he rose quickly to celebrity status with such artists as Julian Schnabel and Philip Guston. Skyrocketing to stardom, his work was gobbled up by an affluent and art loving public. Many of these “woke” collectors were overly focused on Basquiat’s multi-racial heritage, leading the artist to speak about it in one of the most poignant quotes referencing the lack of diversity in the established art world: “I am not a black artist, I am an artist.” This comment challenged the public to look past the physical presentation of the artist and into the artwork itself, which was chillingly good advice from an artist who was not long for this world.

Eloquent and personal, the popularity of his work grew. Gallerist Annina Nosei took the artist on in 1981 and continued to push Basquiat to produce rapidly, setting up a sort of art farm in the basement of her gallery. This was a prolific time for Basquiat, and some of the most iconic paintings came out of these times, though the artist grappled with the idea of the commercialization of his work by creating at such a rapid rate. Never missing an opportunity to bring society’s racist tendencies to light. Many of his subjects of these years are black heroes; athletes, celebrities, cultural icons, etc. This ended the following year with a falling out between the artist and gallery owner. Basquiat then slid into reclusivity, painted furiously, took lots of drugs and was self proclaimed “awful to people." But the work. Oh, the work.

In 1983, Basquiat rents a space in a building owned by Andy Warhol. A friendship ensued, the two seemed to be perfectly mismatched with each other and even collaborated on occasion. Whispers about the white patronization of black art dominated conversations about this affilliation. It is unclear whether this acquaintance helped propel Basquiat’s career or if his infamous reputation worked independently, but either way from 1981-1988 the artist lived the epitome of 1980s celebrity lifestyle and Warhol was rarely far from view. Life became an undulating swirl of wealth, fame, and pressure. An endless cycle of paint, party, sell, party, paint, sell, sell, sell, sent the artist spiraling further and faster into notoriety. His work was selling for tens of thousands of dollars, (six figures today with inflation) and the pressure was on. Basquiat had made it, but the expectations were high and the artist self medicated with drugs…this coveted life of fame and fortune was just too much.

In the late summer of 1988 Basquiat was found in his Great Jones Street loft having died of “acute mixed drug intoxication” at the age of twenty seven, a reminder to all those thrill-seekers to not mix uppers and downers. In addition to a star studded private ceremony, hundreds of friends and admirers attended a public memorial service for the artist. And with his passing, the legend continues to grow. Sales of his artwork have never slowed, neither has the curiosity for his story nor the enigma of Jean Michel Basquiat; a defiant artist with the courage to challenge the status quo, exemplify a movement, define an era, and inspire a generation.

Here is what Wikipedia says about Jean-Michel Basquiat

Basquiat first achieved fame as part of the graffiti duo SAMO, alongside Al Diaz, writing enigmatic epigrams in the cultural hotbed of Manhattan's Lower East Side during the late 1970s, where rap, punk, and street art coalesced into early hip-hop music culture. By the early 1980s, his paintings were being exhibited in galleries and museums internationally. At 21, Basquiat became the youngest artist to ever take part in documenta in Kassel. At 22, he was one of the youngest to exhibit at the Whitney Biennial in New York. The Whitney Museum of American Art held a retrospective of his artwork in 1992.

Basquiat's art focused on dichotomies such as wealth versus poverty, integration versus segregation, and inner versus outer experience. He appropriated poetry, drawing, and painting, and married text and image, abstraction, figuration, and historical information mixed with contemporary critique. He used social commentary in his paintings as a tool for introspection and for identifying with his experiences in the Black community, as well as attacks on power structures and systems of racism. His visual poetics were acutely political and direct in their criticism of colonialism and support for class struggle.

Since Basquiat's death at the age of 27 from a heroin overdose in 1988, his work has steadily increased in value. In 2017, Untitled, a 1982 painting depicting a black skull with red and yellow rivulets, sold for a record-breaking $110.5 million, becoming one of the most expensive paintings ever purchased.

Check out the full Wikipedia article about Jean-Michel Basquiat

Jean-Michel Basquiat is mentioned on our blog -