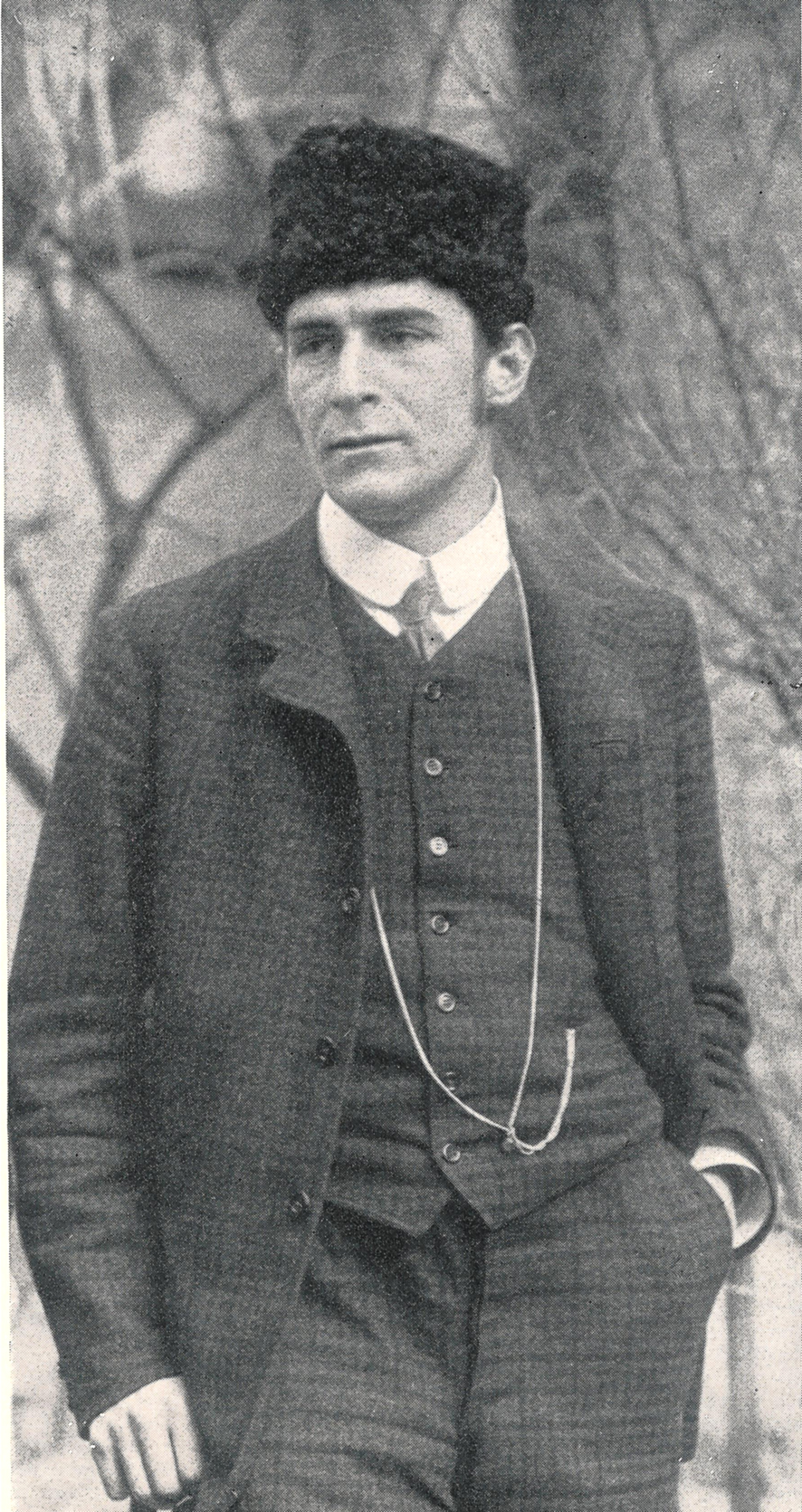 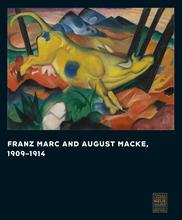 There comes a time in the lives of some artistes when they become obsessed with mystical mumbo jumbo.

They sit around and meditate endlessly about the stars, the universe, the heavens, the milk in the fridge, space and time, etc. Franz Marc went through this phase too and he never snapped out of it. He and a few others like Wassily Kandinsky and Paul Klee got together and formed Der Blaue Reiter, i.e. The Blue Rider group. Some say the Moscow city emblem of St. George riding a horse and slaughtering a dragon inspired the name, while others say it was because Kandinsky and Marc loved horsies and blue was their favorite color. The latter is true…to some extent, both Kandinsky and Marc thought blue was totally spiritual and also, v. manly. Ugh, talk about your gendered color theory!

Marc also had some paint in his blood. His father had been a landscape painter and was thrilled, no doubt, to have his son follow in his footsteps when Marc enrolled at the Academy of Fine Arts in Munich. Here, he schmoozed with other artist types, and ended up loving the work of Vincent can Gogh, who wasn't such a bad colorist either. Anyway, about a decade after, he started the Der Blaue Reiter journal, and he and Kandinsky were like, really into the whole idea of the cosmos and stuff. They agreed that the best way to represent this was by being entirely non-representational, and thought that colors possessed symbolic meaning. But Marc still ended up using a lot of animals in his work, because he thought they were pure and more in touch with their primitive side compared to humans. Hence, paintings like Blue Horses, Yellow Cow and Red Deer ..

But Marc’s career was about to come to a dead end. Excuse the pun, but yeah, Marc died in the Great War of 1914. It was kind of a sucky way to go as well. Marc had been doing an awesome job using his artsy talents for army related tasks. He wasn't painting portraits. Marc had a job hiding ammo and artillery from the enemy who was buzzing about in the skies. In other words, military camouflage. He used the pointillist technique in styles ranging from “Manet to Kandinsky” to paint over loads of tarpaulin that covered the artillery, so that it blended in with the landscape. But, some time in 1916, he was put on a list of people who were to withdraw from combat for safety reasons. Before he could get the notice though, a shell splinter to the head killed Marc during a battle and cut short his artistic career. Damn. Someone should've sued the post office.

Here is what Wikipedia says about Franz Marc

Franz Moritz Wilhelm Marc (8 February 1880 – 4 March 1916) was a German painter and printmaker, one of the key figures of German Expressionism. He was a founding member of Der Blaue Reiter (The Blue Rider), a journal whose name later became synonymous with the circle of artists collaborating in it.

His mature works mostly depict animals, and are known for bright colouration. He was drafted to serve in the German Army at the beginning of World War I, and died two years later at the Battle of Verdun.

In the 1930s, the Nazis named him a degenerate artist as part of their suppression of modern art. However, most of his work survived World War II, securing his legacy. His work is now exhibited in many eminent galleries and museums. When up for auction, his major paintings attract large sums, with a record of £12,340,500 ($24,376,190) for Weidende Pferde III (Grazing Horses III).

Check out the full Wikipedia article about Franz Marc

Franz Marc is mentioned on our blog - 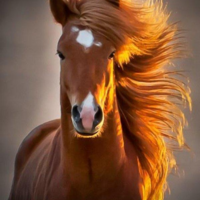 Sartle School of Art History: Der Blaue Reiter
At the turn of the 20th century, creating art movements in Europe had become quite a fad.…
Sign up
Forgot Password
Reset Password