This Wednesday, Sartle is crushing on some serious babes. We’re talking Lily Donaldson à la Georgia O’Keeffe, Vita Sidorkina with a touch of Toulouse-Lautrec… and of course, the much-loved Gigi Hadid in a pair of Mondrian-esque firefighter pants.

Unbeknownst to many, the Victoria’s Secret Fashion Show isn’t all long legs and sex appeal… there’s some serious ARTISTIC INSPIRATION behind these styles. When these angels hit the catwalk, we’re in pure art history heaven.

Flag by Jasper Johns at the Museum of Modern Art

Taylor Hill is our American Dream— even Jasper Johns can’t top this display of outlandish patriotism. 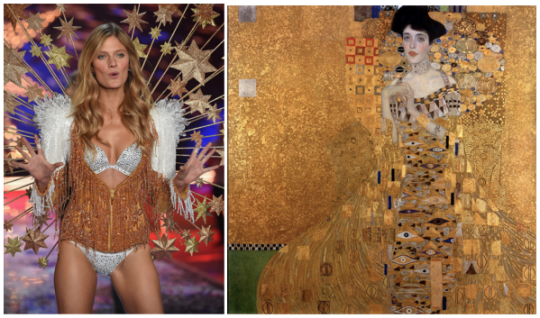 Constance Jablonski shines as brightly as Adele Bloch-Bauer, only with more tassels and less layers. 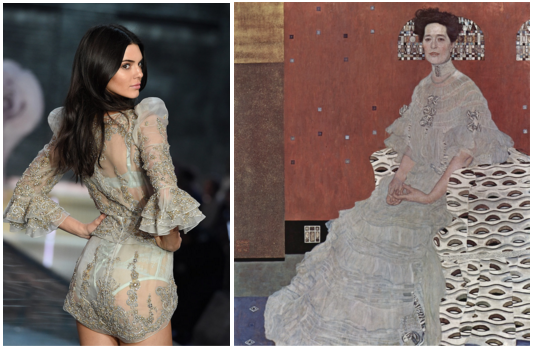 Kendall Jenner might as well be Fritza Reidler’s long-lost twin with those silver ruffles and high cheekbones— minus the hundred year age difference, of course. 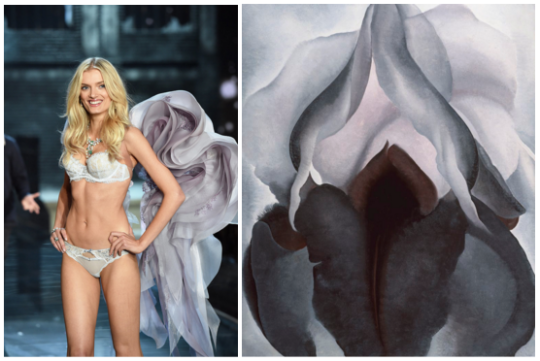 Much like her curves, Lily Donaldson’s O’Keeffe-inspired ensemble is definitely a thinly veiled tribute to the majesty of the female form. 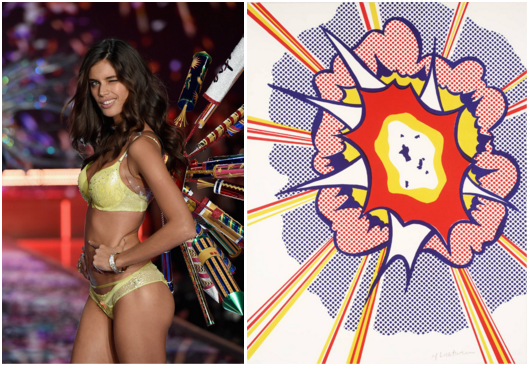 Explosion by Roy Lichtenstein at the Museum of Modern Art

Sara Sampaio made sure to hit the catwalk with a bang as she donned this firework-themed outfit that really pops! 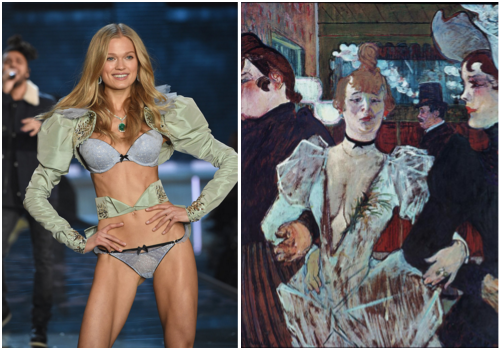 She doesn’t need her posse to hold her up. Vita Sidorkina can strike a pose all on her own, thank you very much. I mean, just look at those muscular legs.

Water Lilies by Claude Monet at the Museum of Modern Art

Adriana Lima brings on the sass in her cloud of butterflies. Monet would have probably had a heart attack.

The Magpie by Claude Monet at the d’Orsay Museum

Jac Jagaciak puts a different spin on the classic shorts and Uggs combo. This winter, prepare to see more lingerie and earmuffs at every Starbucks location nationwide, as basic bitches everywhere will need a Peppermint Mocha to keep warm. 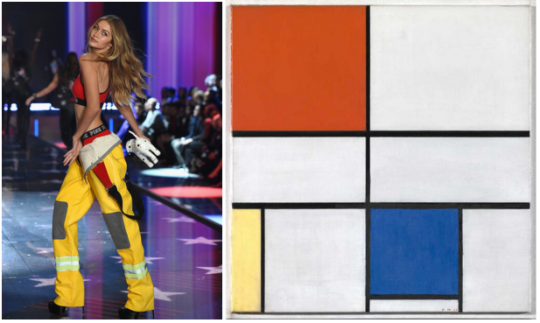 Sexy firemen have nothing on Gigi Hadid. We might need some help putting out the fire in our loins… 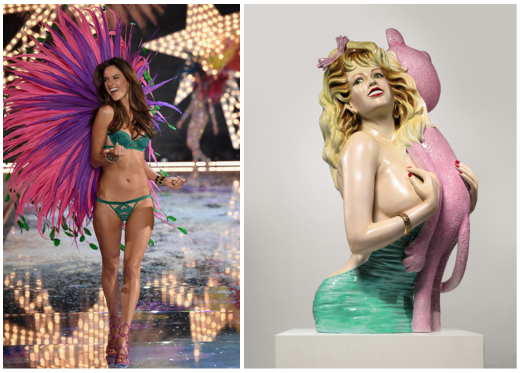 Pink Panther by Jeff Koons at the Museum of Modern Art

Alessandra Ambrosio gets catty on the catwalk as she channels ‘70s sensation, Jayne Mansfield. Unlike her pal Jayne, who seems to have a freaky feline fetish, Ambrosio keeps it classy by keeping her top on. 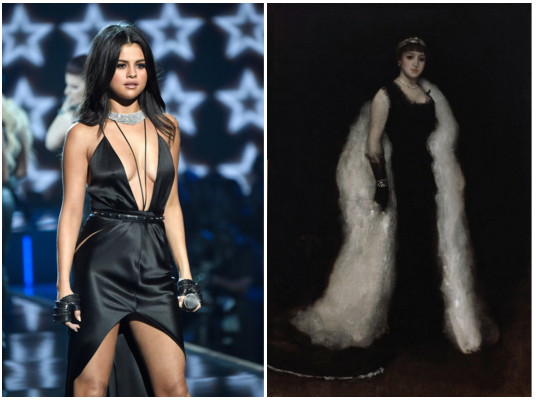 Arrangement in Black No. 5: Lady Meux by James Abbott McNeill Whistler at Honolulu Museum of Art

Selena Gomez leads the pack in her glamorous black dress and diamond necklace. More cleavage than Lady Meux (and more of a tan, too). 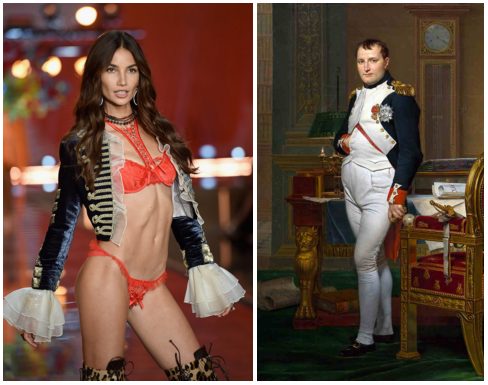 Lily Aldridge really conquered the show with this Napoleon-inspired ensemble. The 5’9” supermodel outdid the notorious 5’6” dictator by more than a few inches, as she slayed the hearts of millions of viewers with those killer abs.

Don’t be fooled by her fluffy pink outfit and big blue bow… Ming Xi is made of tougher stuff, just like Jeff Koons’ steely sculptures. Check out that power stance!

Here, we see her very own rendition of “Blue Steel”…though the flush on her cheeks make it more of a magenta.

These artsy angels really do make our hearts flutter…

We hope you’ve enjoyed this lingerie-filled Woman Crush Wednesday as much as we have!

by Kyla and Louisa