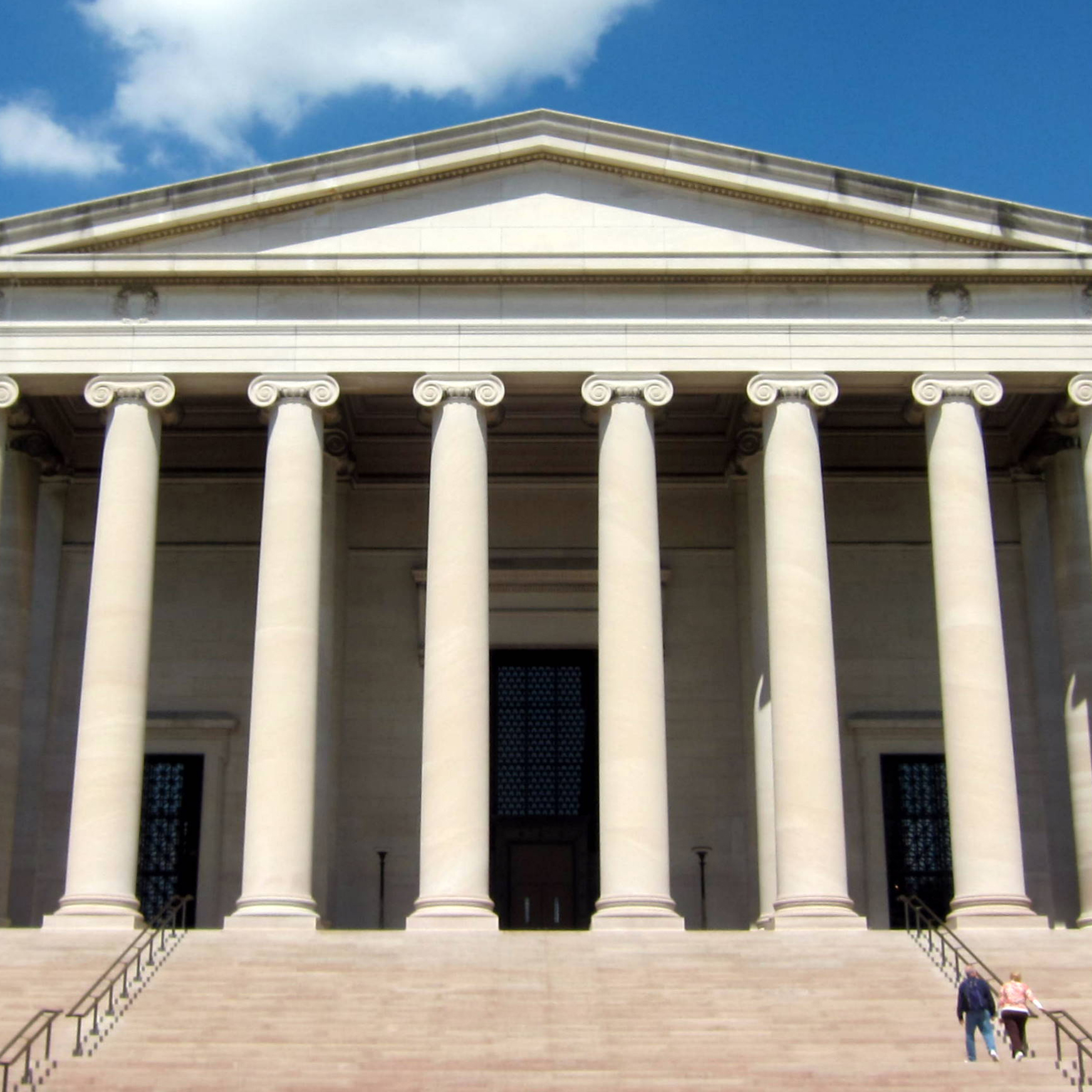 Love open spaces, clean lines, or just need a place to breath and find a bit of peace in the nation's capital? You'll love I.M. Pei's East Wing of the National Gallery.

You can't have all that open space and lots of art too. Here the architect rules, one I.M. PEI, creator of the Lourve pyramid.

In the atrium, a giant 920-lb. Calder mobile floats from the ceiling. But it's difficult to appreciate the wonderful forms because of the mishmash of skylights directly above it.

And so it is with the 15-ton (really!) Henry Moore sculpture adjacent to the entrance. The elderly Moore wanted it out in front, unobstructed by the building. The last thing Pei wanted was a 17-foot bronze sculpture to compete with his design, so he pushed it under the overhang. The architect rules.

The National Gallery is a family project. The West Wing was completed in 1937 with big bucks from Andrew Mellon – one of the ten wealthiest men in the United States at that time. Then in 1978 Mellon's son Paul and daughter Ailsa Mellon Bruce funded the construction of the East Wing.

PEI unites the two very different buildings by using the same pink marble of the West Wing exterior for that of its eastern counterpart. Unfortunately, the exterior of the building suffered structural failure and had to be totally rebuilt 30 years later. Oops! Ruling architect messes up.

Here is what Wikipedia says about National Gallery of Art

The National Gallery of Art, and its attached Sculpture Garden, is a national art museum in Washington, D.C., United States, located on the National Mall, between 3rd and 9th Streets, at Constitution Avenue NW. Open to the public and free of charge, the museum was privately established in 1937 for the American people by a joint resolution of the United States Congress. Andrew W. Mellon donated a substantial art collection and funds for construction. The core collection includes major works of art donated by Paul Mellon, Ailsa Mellon Bruce, Lessing J. Rosenwald, Samuel Henry Kress, Rush Harrison Kress, Peter Arrell Browne Widener, Joseph E. Widener, and Chester Dale. The Gallery's collection of paintings, drawings, prints, photographs, sculpture, medals, and decorative arts traces the development of Western Art from the Middle Ages to the present, including the only painting by Leonardo da Vinci in the Americas and the largest mobile created by Alexander Calder.

The Gallery's campus includes the original neoclassical West Building designed by John Russell Pope, which is linked underground to the modern East Building, designed by I. M. Pei, and the 6.1-acre (25,000 m2) Sculpture Garden. The Gallery often presents temporary special exhibitions spanning the world and the history of art. It is one of the largest museums in North America.

For the breadth, scope, and magnitude of its collections, the National Gallery is widely considered to be one of the greatest museums in the United States of America, often ranking alongside the Metropolitan Museum of Art and Museum of Modern Art in New York City, the Art Institute of Chicago in Chicago, Illinois, and the Museum of Fine Arts in Boston, Massachusetts. Of the top three art museums in the United States by annual visitors, it is the only one that has no admission fee. It attracted 730,408 visitors in 2020, a drop of eighty-two percent from 2019, due to the COVID-19 pandemic. In 2020 it ranked twenty-first on the list of most visited art museums in the world.

Check out the full Wikipedia article about National Gallery of Art

National Gallery of Art Washington DC is mentioned on our blog -

Rubens: The Early Years at the Legion of Honor
Okay, so maybe it’s not that kind of Rubens, but there are some similarities between this… 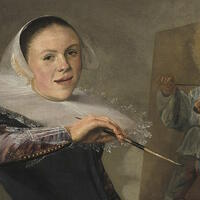 Dames Done Wrong: Judith Leyster
If you think modern artists were the only dames done wrong, then you’ve got another thing…

Monet: The Late Years at the De Young
Two years ago, the Fine Arts Museums of San Francisco put on a show called “Monet: the Early…