Think of Romanticism as the emo kids of the 19th century. While Neoclassicism focused on form, function, reality, and focusing on the heros and myths of the ancient world, Romanticism did the opposite. You see, Romanticism was all about that feeling, what kind of emotion could the painting evoke form the viewer. The artists of the Romantic period sought to capture the viewer by grasping them by their emotions and in a way, paved the road for artists to focus on the real-life situations and opinions.

It is commonly accepted that Francisco Goya of Spain and William Blake of England were the O.G.s of the Romantic period. Goya, with his Black Paintings, wall frescoes that he painted later in his life while suffering severe mental health issues. 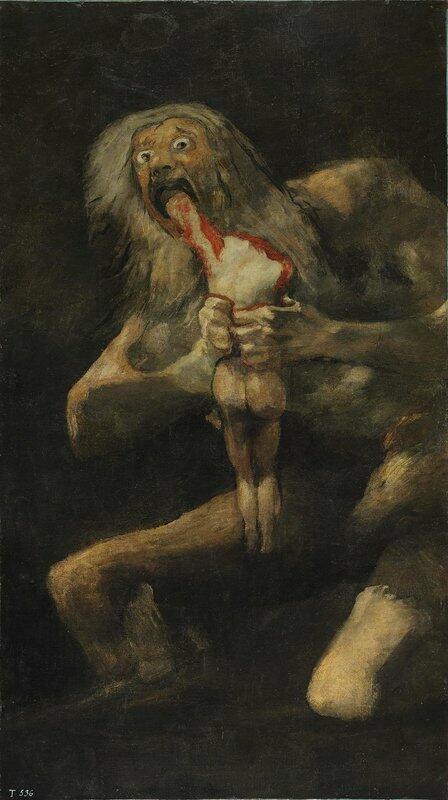 Saturn Devouring His Son (c.1819-1823) is a perfect example of Goya’s use of mythical themes in a dark, demented theme. Art historians like to speculate about Goya’s late works: is it about Goya’s own depressed, mental state? Is it about his disillusionment with the rule of Ferdinand VII? You know, at this point, who cares. The dude was old, probably dying, and was also disillusioned with the government, I mean same; can’t we give the guy a break?

On the other side of the continent, William Blake was both an artist and a poet. His most famous work that signifies the beginning of the Romantic period is The Ancient of Days (1794). 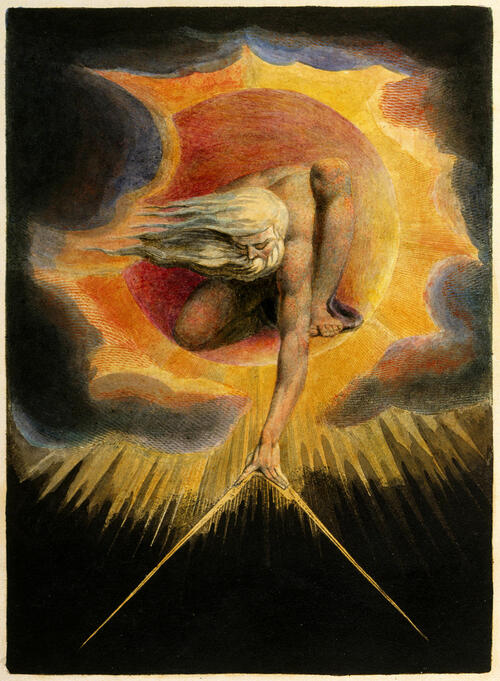 This old dude with the most impressive beard is believed to be Urizen, a fictional deity created by Blake himself, to assert the power of imagination; a true central theme of the Romanticism movement. Blake was fervently anti-rationality, and this painting is seen as his stake in the ground, that the power of imagination, quite literally brings the world to life.

In France, two artists, Théodore Géricault and Eugene Delacroix led the Romanticism movement at the height of the French Revolution. Gericault rebelled against the rational, academic hierarchy of Neoclassicism in France and instead gave the middle finger to French elites and his paintings captured an emotional force. 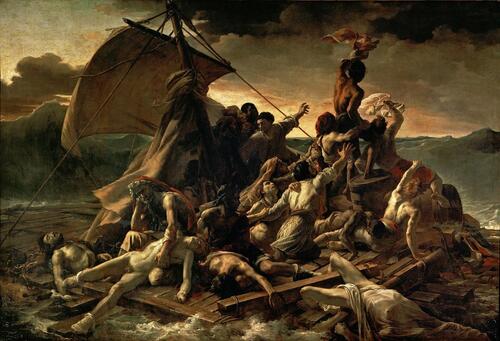 The Raft of the Medusa is the signature Romantic painting, as it’s over life-sized painting envelopes the viewer into the smells, carnage, desperation, and horror of being lost at sea.

My boy Eugene Delacroix is probably in my opinion, the most recognizable Romanticist. Remember, Coldplay’s album cover for Viva la Vida or Death and All His Friends? Guess what painting is on the cover, one of Delacroix’s most famous artworks, Liberty Leading the People. Funny story, you know the main single, Viva la Vida? My guess is it’s about the French Revolution and into the Napoleonic era; I am so confident this is the case, I once got in a sincere, minacing argument with a classmate--so if you have a better argument, it best be from Chris Martin himself cause I ain’t budging. 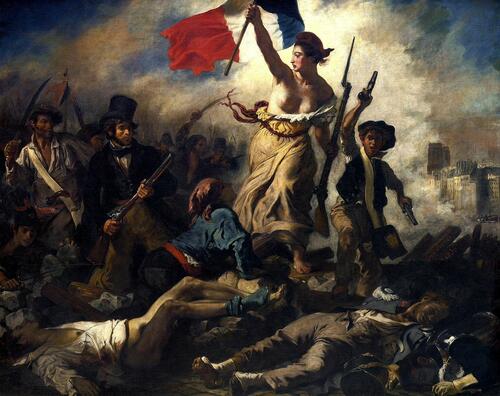 Anywho, this famous album cover, I mean painting, signifies the emotion and physical pride one feels upon looking at this artwork. You see Liberty, with her boob out (it’s still art after all, a girl always has to have her boob out), is quite literally leading all classes of French society into the future with the French flag waving high above her head. I’m sure Delacroix meant to have this painting act as a political statement of the emotion, drama, tragedy, and passion that was heightened during this moment in history...and for the boobies.

Romanticism is more popular among us basic girls now, but back in the day, this artistic period was seen as scandalous, yet it didn’t take long until the movement spread throughout the Western World challenging the enlightenment era, believing that individuality and imagination trumped rationality. But it wasn’t all pretty, many artists of the romantic period, used the middle east and its peoples as a point of exocticizing the “Other.” Yeah, these guys were shameless and continued to orientalize the East, stereotyping middle eastern cultures and depicting its people as primitive and irrational. Not cool, just see for yourself: Jean-Auguste-Dominique Ingres' Grande Odalisque (1814) and the same Delacroix who painted one of France’s most prized paintings, The Women of Algiers (1834) both inserted stereotypes of middle eastern cultures in very European settings further complicating the 19th century's relationship with other parts of the world. 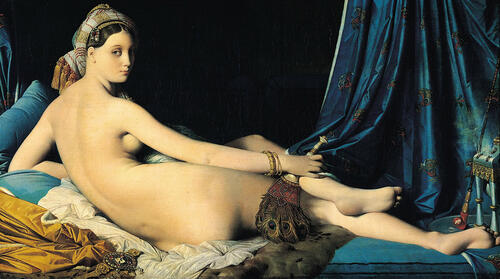 In other parts of Europe and even the newly independent America were fascinated by the Romantic movement including ideas of imagination, mysticism, and emotion into paintings that circulated throughout the continent and abroad. My personal favorite, Casper David Friedrich of Germany, was known for inserting human emotion into his landscapes as in Wanderer Above a Sea of Fog (1818) which gives emo-hipsters like myself all those Death Cab For Cutie feels.

Other well-known artists such as Constable and J.W. Turner, were landscape artists like Friedrich who depicted landscapes which continue to captivate Grandmas around the world with their intense brushstrokes to display their charming English countrysides. 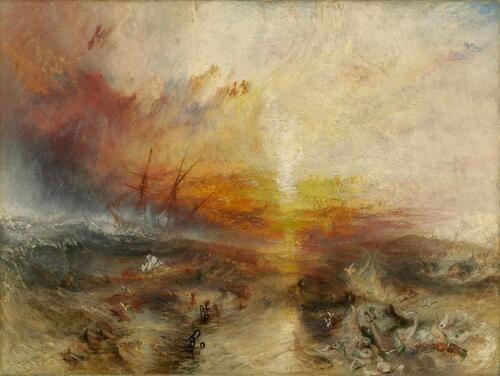 The Slave Ship by Turner is more than your average ship on the ocean, if you look closely, Turner has taken a harrowing account of a captain throwing sick slaves overboard. Turner displays this crooked racist event in a way that causes each individual viewer to contemplate how and why someone would throw aboard innocent life. Constable on the other hand took a different approach and while Turner loved the grandiose, Constable loved the ordinary; in particular his hometown of Sussex. His paintings inspire the artist’s own loneliness and loss as he grieved his own loss of his wife. We the viewer are able to feel his heart break through his paintings, and this makes him a serious participant of the Romantic movement.

Neoclassicism had heroes, Romanticism had emotion and drama. Some artists focused on harrowing real-life events, charged with political opinions and others focused on the deeply individual human emotion of living. No matter how you slice it, Romanticism led the way for many other Isms we now know and love. Thanks to guys like Goya, Delacroix, and Turner, artists like Manet, Monet, and even Picasso could seek to push the envelope even further later in the century.

I love the romantics, Death of Sardanapalus by Delacroix is my absolute favorite!

I am also a fan of this genre of art.

oh, I love looking at these periods of romanticism neoclassicism, what nostalgia, I liked the illustrations to the topic.

I wish y'all could just write my art history essay, this class is so boring.