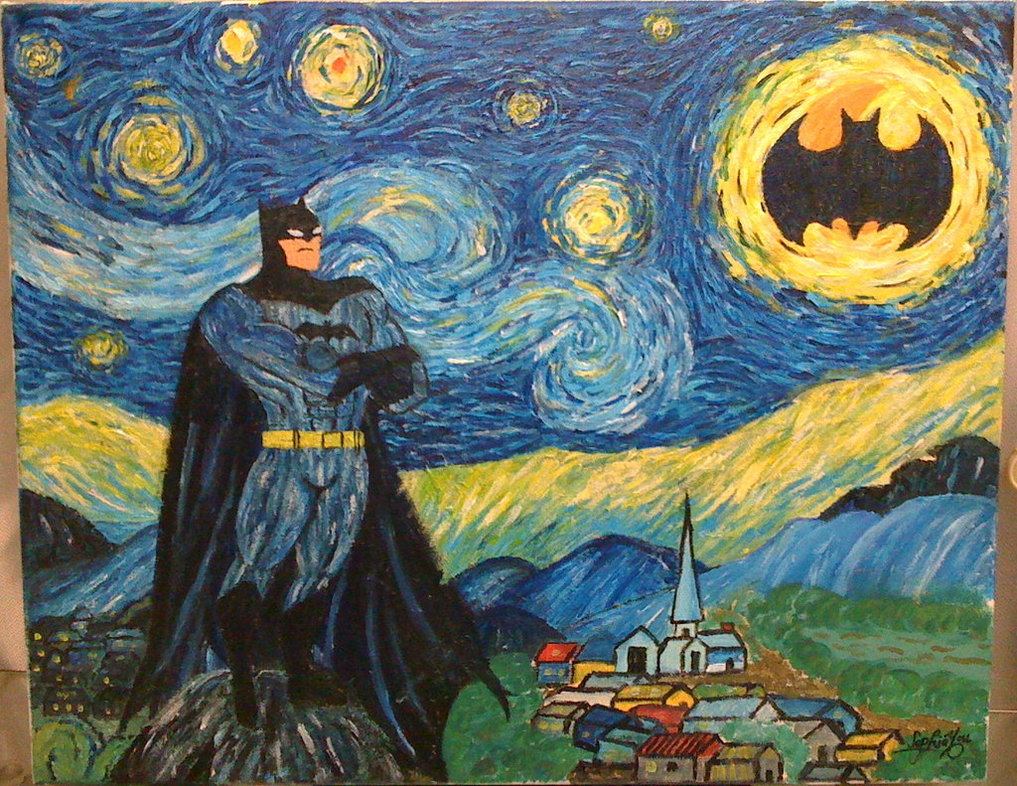 By the end of the nineteenth century, artists were absorbing the lessons and revelations of the Impressionists and regurgitating their interpretations of what art could and should be. The advent of photography meant that artists could deviate from reality as much as they wanted. The camera would always do a better job, so why bother? This idea freed artists to experiment with painting in ways that the Impressions had never even imagined.

The following four artists all paved new methods in the trajectory of modern art by pushing the boundaries in distinct ways. The label Post-Impressionist was coined only after they had all died, although Georges Seurat was known as a Neo-Impressionist during his lifetime. Artist and critic Roger Fry coined the term in 1910 to justify curating a show that united them. Way to clump people together without thinking about the consequences.

The exhibition, Manet and the Post-Impressionists, related them to the great Edouard Manet, priming them for their own greatness. Despite their different approaches, they all considered the expressive role of color and art’s inherently emotional nature. The Post-Impressionists had a lasting influence on European art, as well as American Marsden Hartley. First Steps, after Millet by Vincent Van Gogh in The Metropolitan Museum of Art

Although every recent movie makes van Gogh look like an idiot savant, we best know him for translating his intense emotions into his paintings. Van Gogh knew his emotions, but he also knew his art history. He especially loved the depictions of rural people in the works of Jean-Francois Millet. During his infamous voluntary stint an insane asylum, he painted twenty-one copies of Millet’s works.

His brother Theo sent him photographs of Millet’s paintings, and Vincent painted his own renditions of him, adding his signature squiggly brushstrokes. His encounters with the Impressionists inspired him to work with broken brushstrokes, always adding his own individual flair and growing ever bolder in his color palettes. He used form and color to inspire in his viewers the intense emotions that he experienced.

Van Gogh’s intensity is best-known in the story of his volatile friendship with Gauguin. The two artists wanted to push the limitations of Impressionism and art itself, so they shacked up for six weeks in the south of France. Van Gogh had wanted to start an artists’ commune, but Gauguin was the only one who showed up. How sad. Van Gogh should have known that Gauguin would be trouble, but he was lonely.

Gauguin was so desperate to be unique and “exotic” that he told people he was an Incan savage, when he really just spent some of his childhood in Peru. Today, we recognize that this is #problematic. We also know that he was seriously messed up because he painted a series of self-portraits comparing himself to Jesus. Yikes.

He was intensely proud, and Camille Pissarro even called him a schemer. Before painting, Gauguin lived a pretty normal life as a stockbroker with a wife and five children. After the stock market crashed, he abandoned his family to go “find himself” in Tahiti. When he got there, he was disappointed to discover that the native Tahitians weren’t the doe-eyed, passive women he wanted them to be, so he painted them according to his colonialist fantasies.

For his first major painting in Tahiti, he projected his own Christianity onto the native peoples. These are Tahitian women enacting a typically Christian scene of an angel with a Madonna and child. To make matters even worse, he copied a pose from a photograph of a Javanese relief. 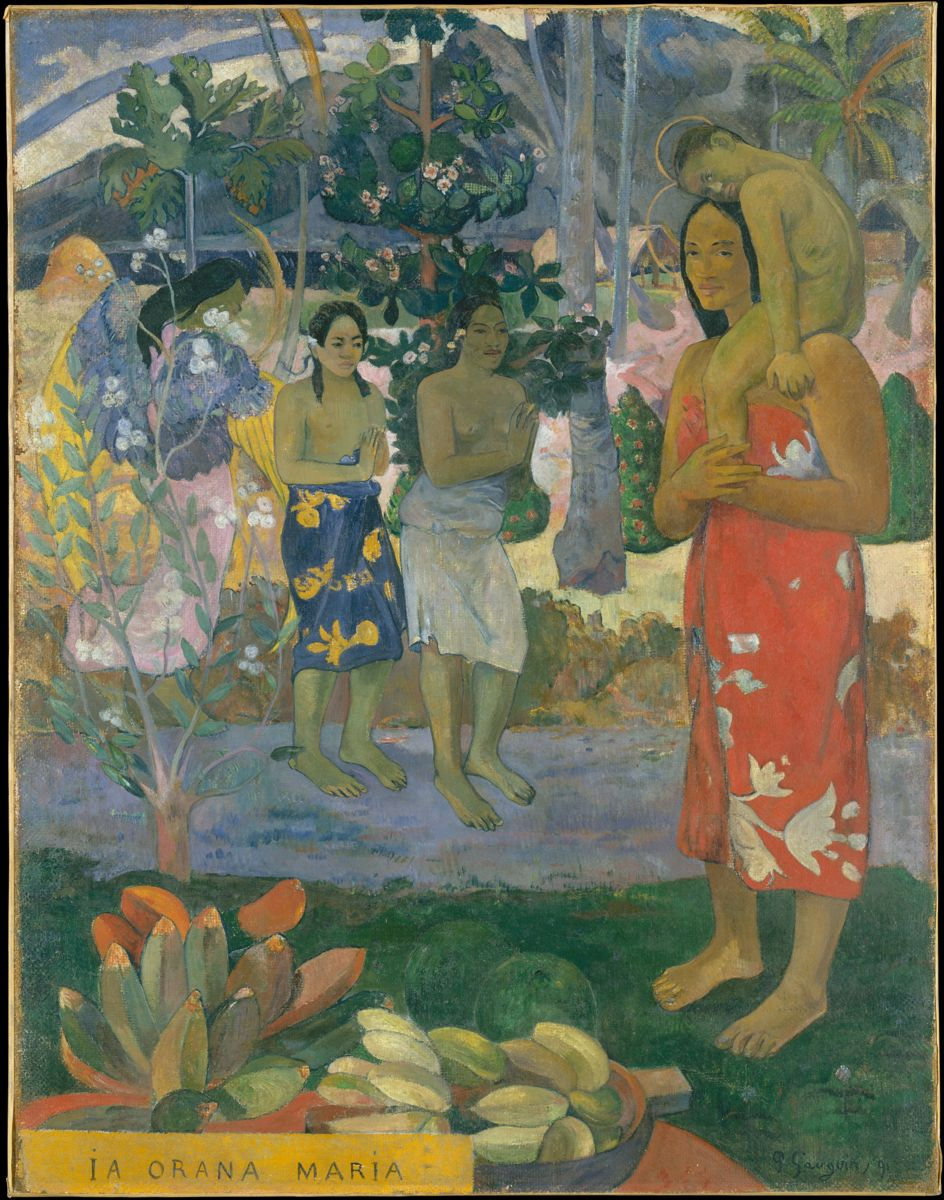 He further exoticized these cultures by arranging elements in a postmodern pastiche of otherness, never respecting the Tahitian and Javanese as their own distinct cultures. But for some reason, people liked this guy, and he influenced later artists like Matisse and the Fauves, encouraging them to experiment with unnatural color palettes.

Cézanne is perhaps the most influential and least understood painter. He has influenced everyone from Pablo Picasso, who described Cézanne as “his one and only master,” to David Hockney. Like the other Post-Impressionists, he believed that paintings constituted separate realities, so they didn’t have to mimic the natural world, and that form and color were the sole building blocks of these separate realities. 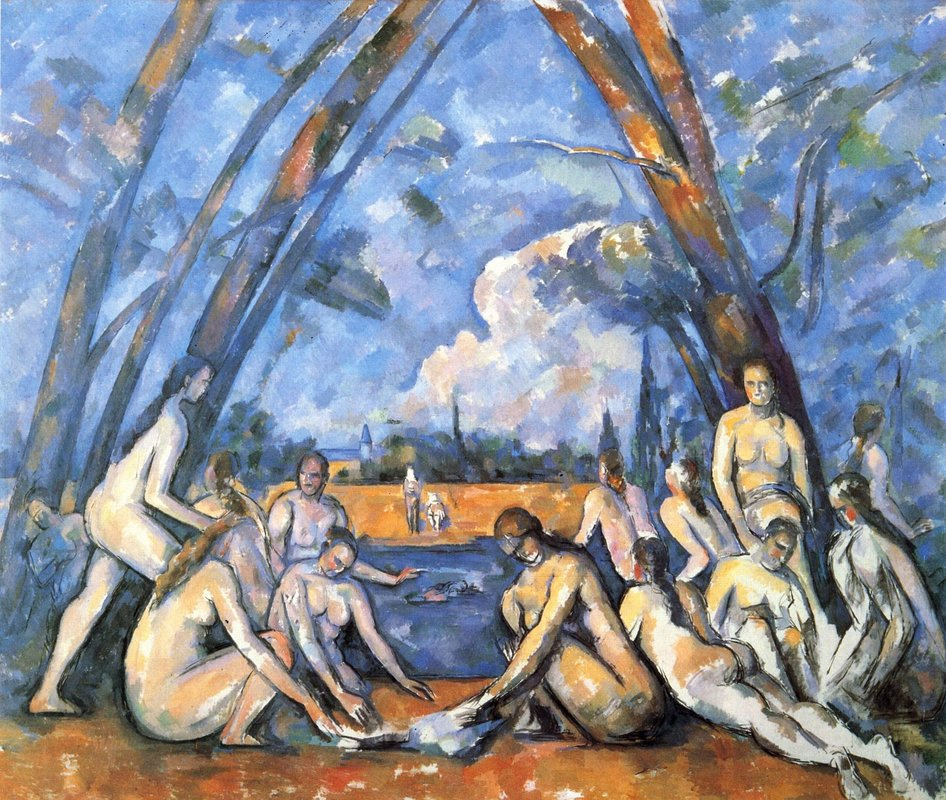 This painting was Cézanne’s most ambitious work and was the result of thirty years of experimenting with the subject of ladies going for a friendly bath outside. He died in the middle of painting it, so the canvas remains unfinished. But I have a feeling that, even if he did finish it, the women wouldn’t have looked any less like zombies.

Despite Cézanne’s obsession with painting from observation, he seems to paint the female form a little less well than those apples of his.

Although Post-Impressionism wasn’t a thing when these artists were working, people did use the term Neo-Impressionism. Seurat knew that he was taking the Impressionists’ lessons to the next level, hence Neo-Impressionism. Instead of the freewheeling brushstrokes of van Gogh, Seurat’s approach was more controlled and focused on the scientific understandings of light and color. 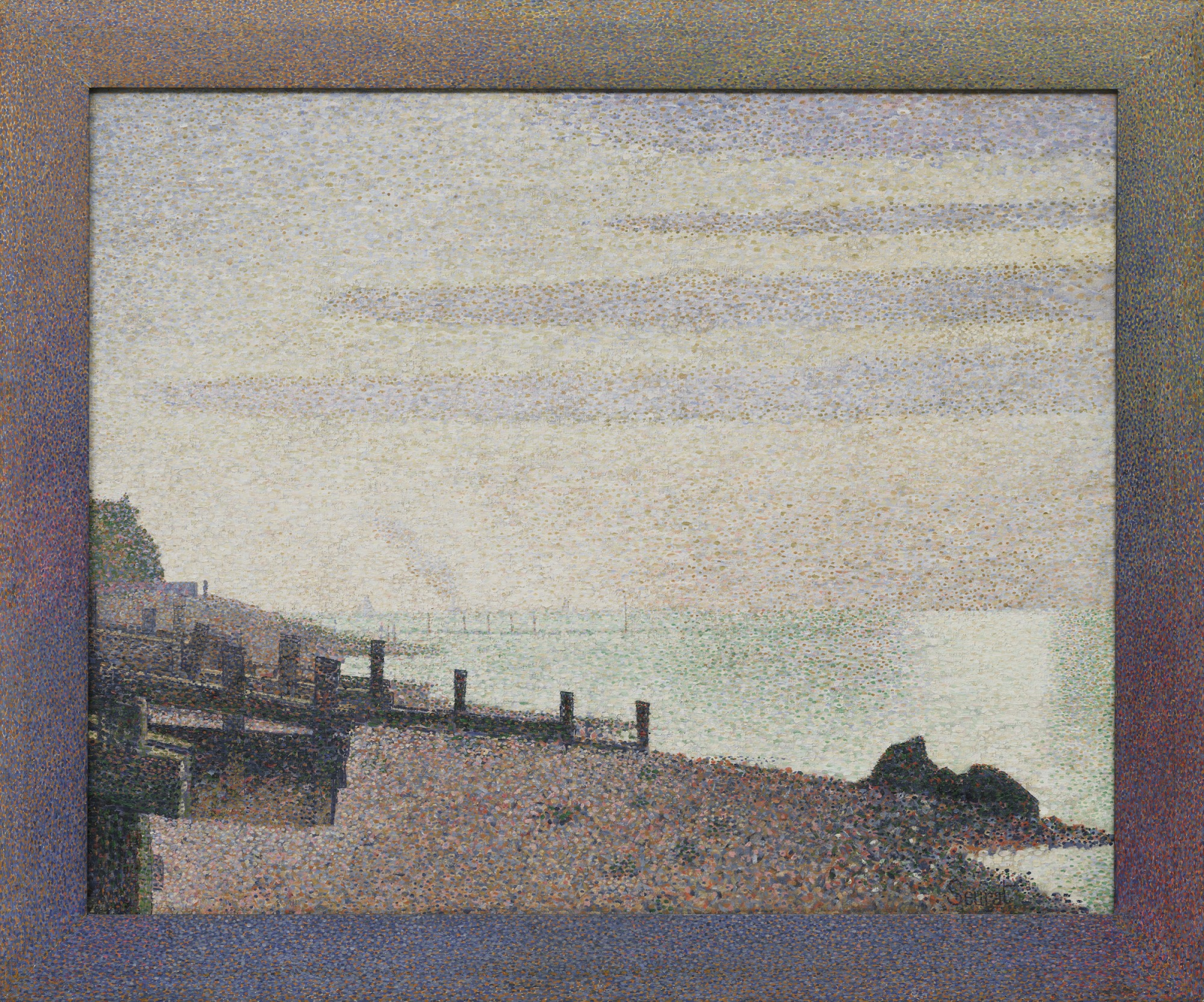 Evening, Honfleur by Georges Seurat in the Museum of Modern Art

Seurat arranged twenty-five colors in thousands of dots to comprise this painting of evening light on the coast. He also handpainted the wooden frame with dots of color. The dots change as they move over the frame because Seurat chose the color scheme to correspond with the colors that are painted in that portion of the picture. The frame bounding the sky and sand have different colors.

Basing science in art was a revolutionary idea for his time. He gained a small but passionate following during his short-lived career; Seurat died at just thirty-one years in 1891.

As different as all the Post-Impressionists were from one another, they set the scene for all further developments in modern art. As art became all about what the artist saw and felt and how they conveyed it in an image, anything was possible.

I may have fell asleep a bit while reading this. Sometimes art history can be so boring.