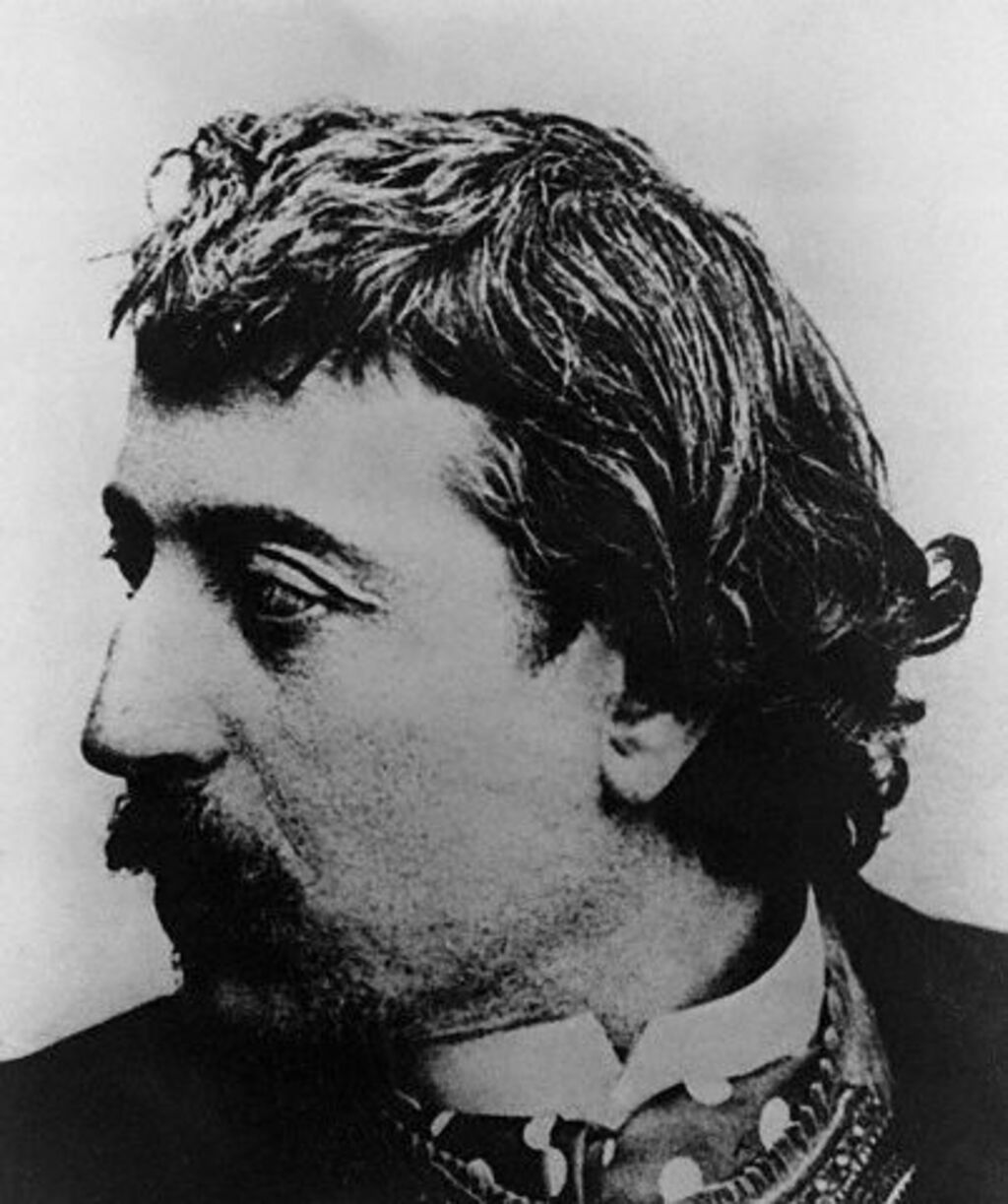 Gauguin was fascinated by beheadings since he saw his first public execution in 1888. 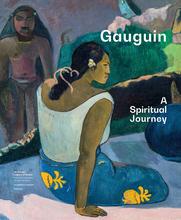 The Moon and Sixpence by W. Somerset Maugham

Paul Gauguin made a great living as a stockbroker while pursuing art on the side (something all parents would prefer we did).

In 1873 he married Mette-Sophie Gad and had five children. They lived at 21 rue la Bruyère in Paris not far from his buddies Camille Pissarro and Paul Cezanne.

Mette-Sophie forced the family to move to her native Denmark in 1884 and Gaugain became a tarp salesman. He sucked at sales in Denmark because he couldn’t speak Danish and the Danes didn’t want his dirty French tarps.

One day in 1885, at 37 years old, Gaugain had a mid-life crisis and went out to buy milk and never came back. He returned to Paris and picked up painting full time.

For a short time Gauguin and Vincent van Gogh were roommates in the Yellow House. Theo van Gogh needed someone to secretly look after his brother and report back on changes to his mental health and Gauguin needed money.

Vincent seemed to worship Gauguin telling Theo all about their work and the great advice Gauguin gave even though Vincent had a hard time applying it to his work. Gauguin on the other hand was an arrogant asshole who merely tolerated Vincent. During a period of particularly bad weather the two artists were forced to spend a smidge too much time together inside the apartment and they got in an argument over a shared prostitute. Most historians say van Gogh cut off his own ear but there are a few who claim Gauguin and his expert swordsmanship as the one who did the cutting. Gauguin got the hell out of Arles and never saw van Gogh again. Gauguin liked to embellish the truth and “confessed” years later that it was entirely true and that he’s a total BAMF (yawn).

Gauguin went all hipster on painting deciding that European art was way too mainstream and started island hopping through the Pacific Islands. He fetishized the native population and slept with pretty much every woman who would have him. He also gave them all syphilis, including his 14-year-old "wife".

Gauguin died from an overdose of morphine and/or a heart attack and is buried at Atuona in the Marquesas Islands.

Here is what Wikipedia says about Paul Gauguin

Eugène Henri Paul Gauguin (UK: /ˈɡoʊɡæ̃/, US: /ɡoʊˈɡæ̃/; French: [ø.ʒɛn ɑ̃.ʁi pɔl ɡo.ɡɛ̃]; 7 June 1848 – 8 May 1903) was a French Post-Impressionist artist. Unappreciated until after his death, Gauguin is now recognized for his experimental use of colour and Synthetist style that were distinct from Impressionism. Toward the end of his life, he spent ten years in French Polynesia. The paintings from this time depict people or landscapes from that region.

His work was influential on the French avant-garde and many modern artists, such as Pablo Picasso and Henri Matisse, and he is well known for his relationship with Vincent and Theo van Gogh. Gauguin's art became popular after his death, partially from the efforts of dealer Ambroise Vollard, who organized exhibitions of his work late in his career and assisted in organizing two important posthumous exhibitions in Paris.

Gauguin was an important figure in the Symbolist movement as a painter, sculptor, printmaker, ceramist, and writer. His expression of the inherent meaning of the subjects in his paintings, under the influence of the cloisonnist style, paved the way for Primitivism and the return to the pastoral. He was also an influential practitioner of wood engraving and woodcuts as art forms.

Check out the full Wikipedia article about Paul Gauguin

Ok, so he was probably not a nice guy, Great painter though...

Paul Gauguin is mentioned on our blog -

Art Patrons: Gertrude Stein
Gertrude Stein was an American author, known for her Paris salon of writers and artists during…

Art History Happy Hour: Henri de Toulouse-Lautrec's Earthquake
(source) He may have been a tiny guy, but no one could’ve survived as many Earthquakes as Henri de…

Mental Health Art History: Artists with Depression, Part 3
Depression is a nasty condition. Most of the time it leaves you feeling worthless, hopeless, and so…
Sign up
Forgot Password
Reset Password