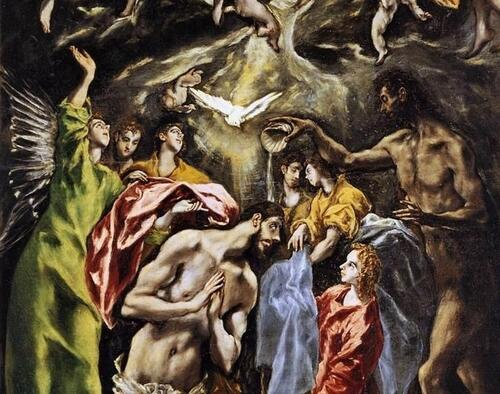 Mannerism is the -ism that followed the sophisticated High Renaissance and predated the dramatic and over-the-top Baroque period. It was a special time in art history where caution was thrown to the wind: proportions were exaggerated, use of color was unrealistic, and spirituality was at an all-time high.

The term Mannerism comes from the Italian word, “di maniera,” which simply means art created according to style, not based on nature. This elongated artistic period lasted between 1520 and 1590 in Rome, moving its way to Florence, northern Italy, and into central Europe. These artists sought to push exaggeration of a two-dimensional canvas to the limits, using pastel color palettes and accentuating Jesus and friends to outrageous proportions. Showing off their skill and technique at manipulating compositional elements to create an air of regality to the subject matter furthered the general themes of perfectionism developed during the High Renaissance to its extreme. These artists sought to abandon realism and instead exaggerate ideal beauty made famous by Michelangelo and Raphael.

We may balk at Mannerism today, but during the 16th century, this was in vogue with the elite of Europe. This artistic period was geared more towards the educated, rich audiences of Italy. Whereas the Catholic Church were the great patrons of the Renaissance bringing art to the masses, the opposite was the case for Mannerism; the elite aristocratic class was the patron of this period. These paintings are hard, with clear outlines, where elegance trumps nature, eroticism filled with riddles and allegory are key to understanding this time period. Color palettes were also exaggerated with many Mannerists experimenting with color and using pastel tones exaggerating the reality of the scenes depicted.

Some see Mannerism as the rebellious cousin of the High Renaissance where Mannerists took Michelangelo and Raphael's ideals of harmony in painting one step further, inserting self-expression and creating highly artificial compositions to show off their techniques as artists. Essentially, Mannerists were into showing off their skillset in a dramatic “look-at-me” fashion which I must say, is very Italian after all.

Famous Mannerists include Il Bronzino and Parmigianino. Il Bronzino, whose real name was Agnolo di Cosimo di Mariano Tori (say that with a mouthful of pasta five times fast). He was a Florentine painter who was influenced by, you guessed it, Michelangelo and Raphael. Bronzino spent most of his life as a court painter and is the main hotdog in the Mannerist style. 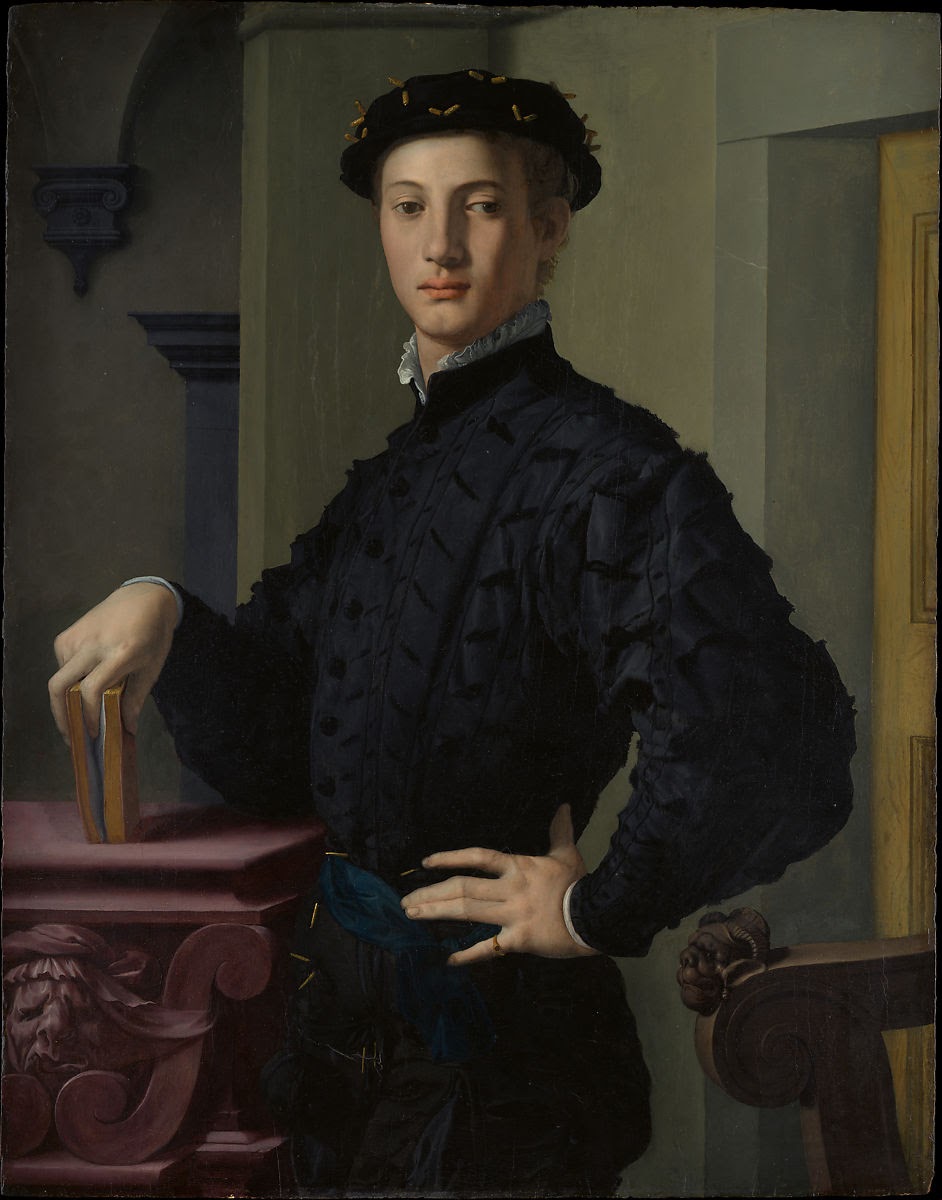 Portrait of a Young Man was my introduction to this Mannerist. What makes this different than “just another white dude court painting?” Look at his fingers, they’re looooong and his proportions, in general, are exaggerated; plus his posture is stoic, evoking a demeanor of regality, all key Manneristic foundations. 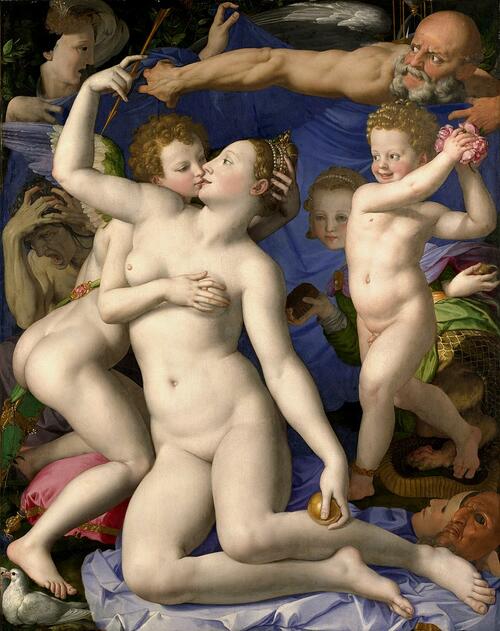 Bronzino’s An Allegory with Venus and Cupid, also known as Venus, Cupid, Folly, and Time, stated by Vasari himself is a painting full of sensual pleasure and all that lingers underneath the surface. Ooohh, secrets. Some see this painting as a reference to incest, others have argued the painting is a reference to syphilis. How did they get syphilis out of this? The tortured figure on the far left is depicted with symptoms of the disease. The overall subject matter has been described as an allegory for illicit love uses Venus and Cupid as a metaphor for the rush of emotion lust encompasses two beings, not leading to love but syphilis. Now you know folks, you've been warned. 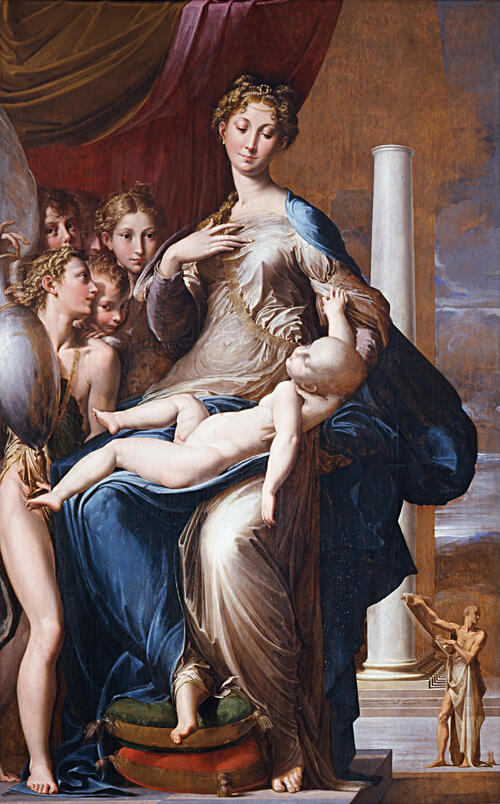 Parmigianino, the other famous Mannerist created Madonna with the Long Neck which is quite literally a painting of Jesus’s Mom with a really long neck and exaggerated color palette of pastels, lacking realistic representation. 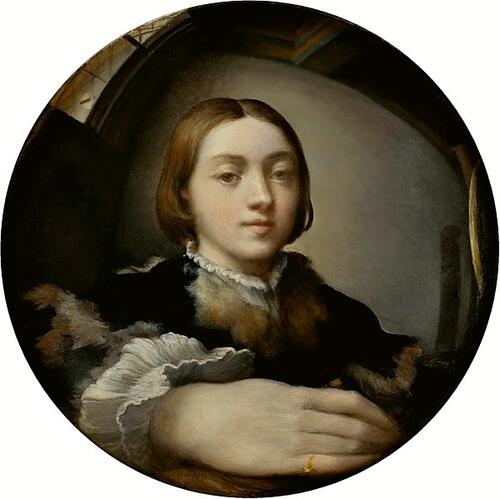 Parm’s Self-Portrait with a Convex Mirror is a testament to the artist’s immense skill as a painter. To Vasari, cheese-boy was considered one of the best artists of all time. Take this painting, the artist has warped a two-dimensional surface and stunned Italians. At 21, the artist depicts his gaze straight at the viewer, approaching the self-portrait with a swagger and self-confidence lacking in many self-portraits. The material used is not canvas, but instead a wooden sphere that mimics the convex shape. Parmigianino takes the classical, controlled artistic style of the Renaissance out the window and invites the viewer into a controlled, funhouse of mannerist stylistic approach to art. 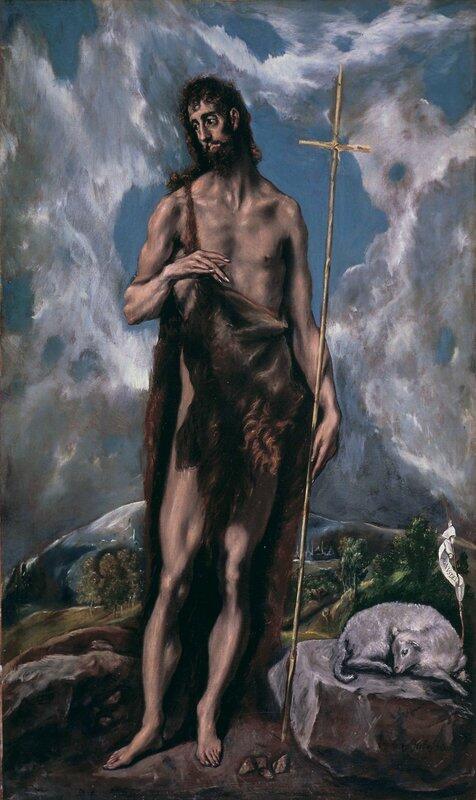 Another famous Mannerist was the Greek, yet recognized as a Spanish artist in art history, El Greco. This man knew how to draw a leg. I think one of my first sexual awakenings comes from Saint John the Baptist at the Legion of Honor in San Francisco. The muscle, the length, the finely sculpted feet. I don’t even like feet, but El Greco was able to give the dramatic Mannerist oomph to religious figures and, dare I say, sexify them in the process. Some doubt El Greco’s credibility as a Mannerist, but his distorted figures and use of bright colors kinda gives away his motto--bro was a Mannerist. For El Greco, he sought to create emotionally-driven visions of spiritual ecstasy.

Mannerism is the ugly stepchild of art history that art historians aren’t really sure what to do with and yet the period saw artists who strove for near perfectionism in their determination for intellectual aestheticism. During its prime, Mannerism was seen as the wart on the timeline of art history, but by the 20th century, it received much overdue praise. For modern thinkers, Mannerism brought a sense of elegance and polished sophistication that naturally only a modern mind could appreciate. Classic, the artistic style is hated by its contemporaries but finds admiration centuries later. We in art history are so predictable.

Eventually, the movement moved beyond Italy into central Europe before it fell flat and the Baroque stepped into the spotlight. In a way, Mannerism is the perfect conduit between the High Renaissance and the Baroque. From perfectionism to drama, art history needed a little elongated oomph to propel us into the future. Mannerism has even been taught as inspiration to Jacques-Louis David and Henri Matisse.  So next time you think “ew” to those long-limbed biblical characters, just remember without Mannerism and their need for excessive flair, we would not have the Baroque, and then that would mean we wouldn’t have the Rococo, Neoclassicism, Romanticism, and so on.