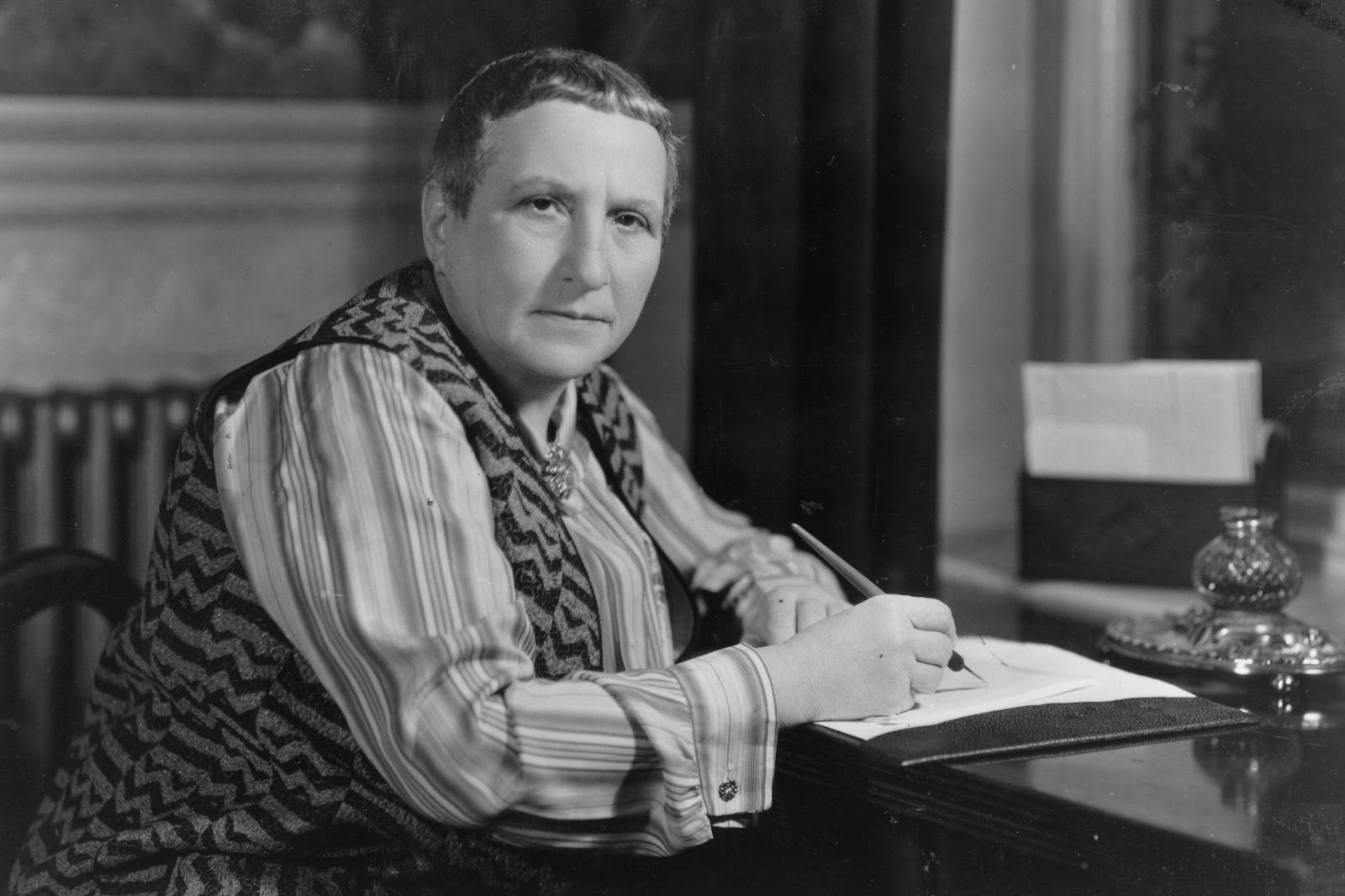 Gertrude Stein was an American author, known for her Paris salon of writers and artists during World War I and II where she showcased the works avant-garde artists like Picasso, Matisse, and Braque in her Paris salon. She spent her infancy in Vienna and Passy, France and her girlhood in Oakland, California. She attended the Society for Collegiate Instruction for Women, which was later renamed Radcliffe College and later incorporated into Harvard when it went co-ed, as well as Johns Hopkins Medical School. After graduating, she moved to London and later Paris with her brother Leo, who became an art critic.

Her Paris salon started as a Saturday evening affair with its catalyst being Matisse, and Hemingway was a frequent and early attendee along with F. Scott Fitzgerald. In the salon, other figures like Bernard Berenson, art historian and fellow collector, who introduced the Steins to Paul Cezanne. The Steins began collecting modern art (partially because they could not afford old masters) in 1904 after their brother, Michael, announced that their trust was worth 8,000 francs and among the first of their acquisitions include Cezanne’s Bathers and Gauguin’s Sunflowers and Three Tahitians. 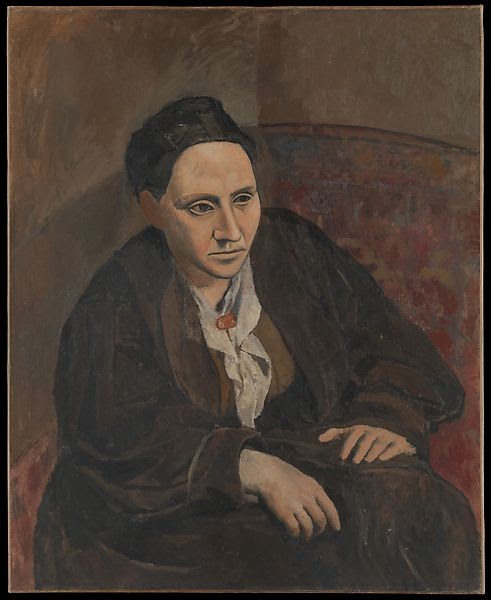 Both she and Leo were known for their patronage of art, though she preferred the works of the Cubists while Leo's sympathies laid with the Impressionists. Michael and their sister-in-law Sarah was also a patron, favoring Fauvist Matisse. They bought controversial pieces like Matisse’s Women With A Hat partially for the thrill of the notoriety, and the purchase shook the art world as Matisse had been almost universally condemned. Even though Leo was not a fan of the aesthetic per se, describing it as “the nastiest smear of paint I had ever seen”, he loved the shock and with Matisse now one of the most talked about artists in Paris, he made sure he was part of the conversation.

Beyond Fauvism, Gertrude was one of the first collectors of controversial Cubists works and, through her salon, befriended many of them, including Picasso who she commissioned to paint a representational portrait of her, entitled Gertrude Stein, for which she sat through 90 sittings. She reciprocated by authoring a literary portrait, “If I Told Him” and a book appropriately titled Picasso. Stein drew from Cubist principles in her prose, creating a kind of “verbal Cubism” present in her poems from the Tender Buttons series. In her pioneering of modernist literature, she developed the style later termed as “stream of consciousness." The poems were strange and fractured descriptions of what she sees, divided into three sections–objects, food, and rooms.

Stein was an American, Jewish, and lesbian living in Nazi-occupied France, but was able to maintain her lavish pre-war lifestyle in her country home in the south of France. She, her partner Alice B. Toklas, and her art collection went through the war unscathed due to her association with several powerful political figures, particularly Bernard Fay, a Vichy official. She met Fay in the 1920s when he was still a French history professor and they became friends despite his open anti-Semitism. He adored Stein and her books, translating them into French and made her a French celebrity, teaching her lecture techniques and sending her on tour to lecture.

She was quoted in multiple newspapers for her support of the Vichy and Nazi regimes. She praised Marshall Philippe Petain for signing the armistice with Hitler, enabling the French “to make France again” and told a journalist that Hitler “is not the dangerous one. You see, he is the German romanticist.” She was arguably a Nazi collaborator, and was quoted in Paris’s Sixth Arrondissement on May 6, 1934 saying, “I say that Hitler ought to have the peace prize, because he is removing all elements of contest and of struggle from Germany. By driving out the Jews and the democratic and Left elements, he is driving out everything that conduces to activity. That means peace.” She didn’t just say that Hitler was an arbiter of peace, and actually lobbied for him to receive the Nobel Peace Prize in 1938. In an effort to protect her legacy, some scholars suggest she did it as a "joke." 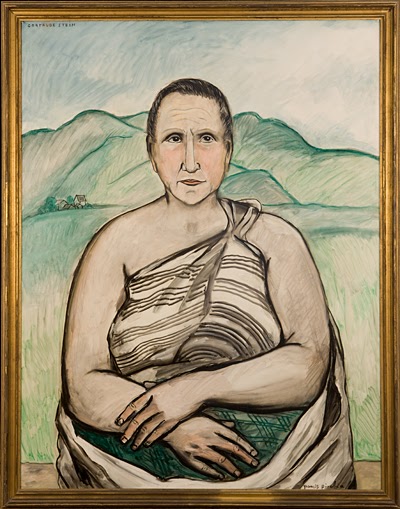 Gertrude Stein was an eccentric figure with a complicated role in the arts and politics of the first half of the 20th century. She was a key figure in avant-garde movements in literature and art, both as a contributor and serving as a patron. Her circle extended beyond artists and she was friends with influential politicians, encouraging and even participating in anti-Semetic nationalist movements despite herself being Jewish and an American expatriate.