Let’s be honest. People get married to have a honeymoon. Sure, being in love and celebrating mystical connections with another human being are cool, but having an excuse to plan and execute a luxuriant vacay with your SO? That’s the good stuff. That’s living the dream. Plus, people get treated better on their honeymoon. It’s practically a get-out-of-jail-free card.

If you’re getting married and you love art, then you’ve come to the right place. Because we’ve done all the heavy lifting for you to find the best honeymoon option out there for an unforgettable romantic adventure with art viewing as a primary concern. 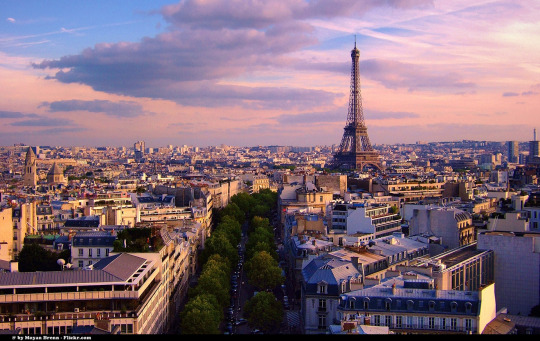 It’s a cliche for a reason, folks. If your SO is rolling their eyes at the suggestion, it’ll stop just as soon as you deboard the plane and get a whiff of all the Left Bank cafes removing fresh pastries from their collective ovens. Ain’t nobody turning down a croissant au chocolat at the base of the Eiffel Tower. The main attractions for us, though, are the museums. The crowds to see the Mona Lisa at the Louvre and the Water Lilies at L’Orangerie speak enough for the power of those artworks and artistic pilgrimage sites. But, for real, they’re far from the only game in town. For something less-populated (but still ahhh-mazing) check out the Rodin Museum for deep cuts from the sculptor’s oeuvre and the Marmotten Monet to get a load of the painting that named Impressionism. There’s literally more art than you’ll have time for (which, let’s face it, is the best problem to have), especially since there’s all that cheese and wine with your name on it just waiting to be shoveled in your marriage hole. 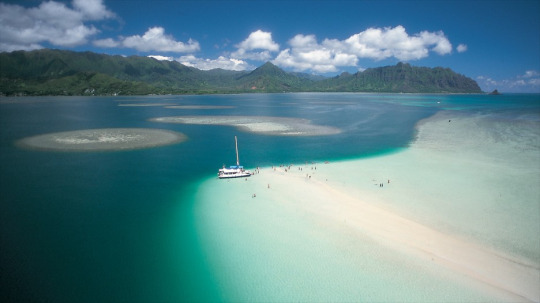 Maui just topped list after list as the best island for honeymooning in the world. Apparently, people were down on it for a while, and the love’s bounced back. Frankly, it’s hard to see why so beautiful a place would get dogged at any point. But I digress. Each Hawaiian island has a vibe unique unto itself. The Big Island is for sea life lovers. Kauai is for chocolate lovers, what with cacao plantations a plenty. And Oahu is for people who like people. Think of it as the most bumpin’ island with plenty of opportunities for the social butterfly couple looking to spread their wings in marital bliss while making friends along the way. Your honeymoon on Oahu will be as sweet and satisfying as a heaping cup of Hawaiian shave ice at sunset, and the island’s museums will be the snow cap drizzle you can’t help but order. Show off your appreciation for each other’s history and Hawaii’s history by visiting the captivating Spirit of Liliuokalani at the Hawaii State Capitol before moseying over for some mesmerizing and hilarious paintings at the Honolulu Museum of Art. 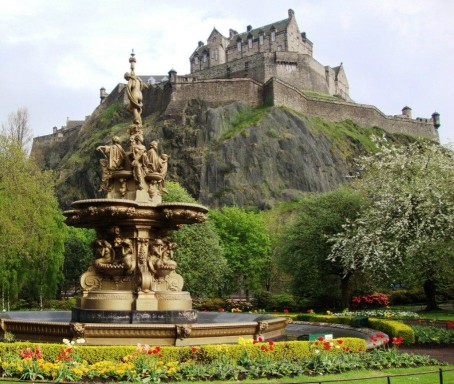 Scotland’s a white-hot honeymoon destination right now, trending across all manner of top-ten lists. Celebrating the salad days of nuptial bliss in Caledonian splendor makes sense for folks that want something more along the lines of a do it yourself project than the pat traditionality of a trip to the tropics or a cosmopolitan escape. With Edinburgh, you and your sweetums still get top notch cuisine and accommodations but within a short driving range of getting boozy at the best (and only) Scotch distilleries around, Downton Abbey charmed locales, and an I-can’t-believe-I-get-to-see-this-in-person-right-now level art program. The Scottish National Gallery, National Gallery of Modern Art, and National Portrait Gallery offer a triple threat of masterpieces from today’s hits and yesterday’s favorites. That doesn’t even touch on the public art littered about the city, ready for you to happen upon and enjoy with your newly minted mate. 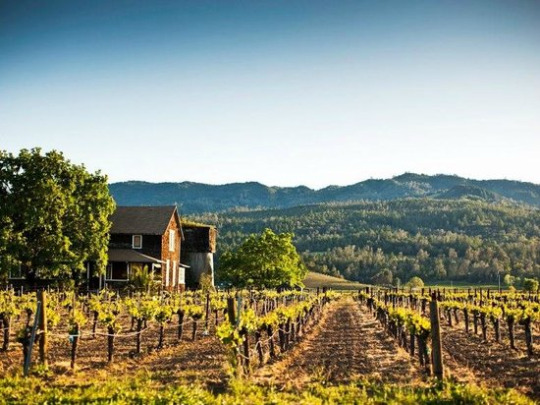 With Napa, honeymooners get honest-to-goodness, farm-to-table, nose-to-tail, five-Michelin-star food with award-winning vineyards and San Francisco a short drive away. But, learning about the fine and necessary craft of fermenting grapes and gorging your gullet can only go so far. Pretty far, I’ll grant you, but once the allure of viticulture wanes, there’s a bunch of art waiting for you with open canvas in the city by the Bay. In Napa proper, there’s the Hess Collection with an ace assortment of contemporary statues and nudey stuff. However, why settle for a little bit of art when there’s a butt load of masterpieces a short ride away? Going into the city rewards with such art-viewing meccas as the revamped SFMOMA, and the classic duo of the de Young and Legion of Honor. Napa brings you a laid back, vaguely Mediterranean experience and an art experience that’ll culture you and your spouse beyond the year 1800. 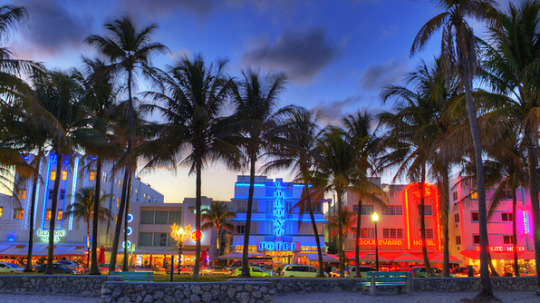 Miami will boost your honeymoon’s fun factor by 1000 points with its laid back atmosphere, tropical feel, and Cuban food scene. That your itinerary can be padded with day trips to the Keys or the Bahamas, or *whisper* Disney World, doesn’t hurt either. But it all pales in comparison to Miami’s art game. The city’s embrace of all things art started much later than others, leading to a scene rife with large-scale installations, quirky statues, and lots of cheeky fun. The Bass Museum of Art and Margulies Collection at the Warehouse have some of the best collections in the city. You’ll return home with a lifetime of memories, and a couple Facebook albums worth of arm-in-arm selfies in front of some weird ass art. 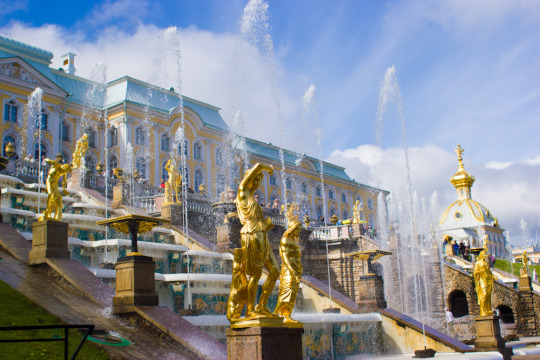 Yeah, yeah. Russia might not be at the top of your “classic honeymoon” list. But who likes being conventional? And, trust me, there’s plenty of stuff to do in Piter, as the locals call the city, to turn up the heat on your honeymoon. Russia’s cultural capital has boundless parks, miles of walkways along inner-city canals and the Gulf of Finland waterfront, and equal parts world class food and shopping. Nightlife in Piter is unreal, offering a club in a former bomb shelter, another that celebrates New Years every day, and dozens more that cater to pretty much any musical taste you can concoct. But, after you’re done taking a private and schmoozy cruise for two down the Neva River under the Aurora Borealis, and when you’re finished secretly licking the eyeballs on the white and dark chocolate busts of Vladimir Lenin at the Chocolate Museum (again, under the Aurora Borealis), there’s more art in Piter than you’ll know what to do with. The State Hermitage has possibly the best collection of art in the world, with the State Russian Museum not far behind. The masterpieces housed in Piter’s museums are kept under tight lock and key and rarely if ever leave the motherland. So, if you’re looking for a cultured and unforgettable honeymoon that no one else at the dinner party will lay claim to, Piter’s your best bet. 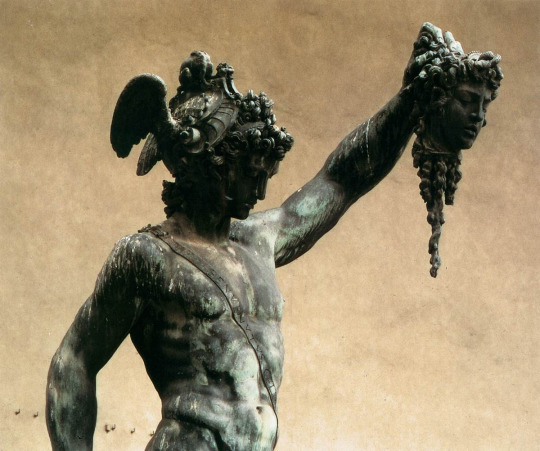 You don’t see art in Florence, you live it. The city’s history of supporting and cultivating the best artists of the Renaissance is evident all over. Some of the art is free for public ogling, like the statues of the Loggia dei Lanzi and the Palazzo Vecchio, while the rest is too good to pass up. The Uffizi Gallery, Pitti Palace, and dozens of other venues show off the art you only get to read about or look at on the silver screen. As an added bonus, the vistas of vineyards, olive groves, and fogged-robed hills of the surrounding Tuscan countryside will be a memory you and your SO return to time and again throughout your marriage. Great art pervades Italy. But Rome’s too crowded and Venice can stink like dead fish at low-tide. Go with Florence if you want that Italian Renaissance charm. 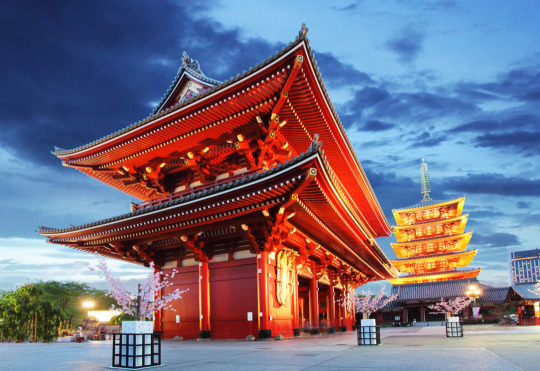 While honeymooning in Tokyo, you have to treat yo self and treat yo spouse to an array of Impressionist and modern art unlike almost any other at the National Museum of Western Art. We’re talking works by the likes of Tintoretto, van Gogh, and Jackson Pollock all under one roof in a building designed by no less an architecture scion than Le Corbusier. And if you ever got tired of all the masterpieces on demand (which, come on, you won’t) you’ll have good fortune for adventures aplenty. Think about it like this: Japan isn’t the largest country in the world. Combine that with one of the best public transportation infrastructures on the planet and you have a honeymoon on the move. Starting off a honeymoon in Tokyo means you could have the world’s best sushi and bounce to something completely different. Want something more traditional? Train to Kyoto. Looking for the best food in the Pacific Rim? Train to Osaka. If you really want to mix it up, you could hop on a flight for couple hours and be snorkeling with humpbacks and manta rays in Ishigaki in no time. It all comes back to a life lesson you and your SO were bound to learn sooner or later: Marriage is better when you can have everything you want all the time. If that’s the kind of life you’re all about, then go to Tokyo and send us a postcard. Just nothing from one of the weird sex shops. That’s personal time. 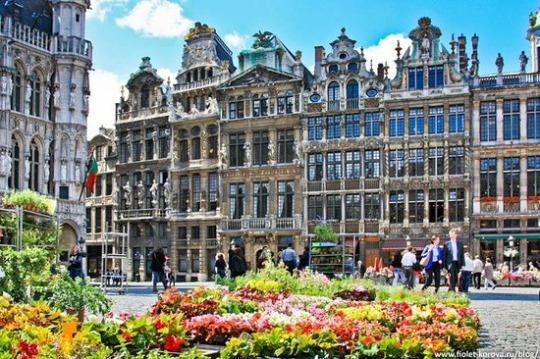 For those of you too busy with your wedding planner trapper keeper to get out your smartphone and look at Brussels on a map, let me paint a picture for you. It’s in the middle of Belgium and no more than 90 minutes by train from Amsterdam, the Hague, Antwerp, Dusseldorf, and Ghent. That all adds up to some serious beer, and even more serious art. For real, it’s unfair to the rest of us that people get to enjoy that much art with that much convenience. And, when you and your snugglemuffin aren’t arting it up with Rembrandt and Vermeer, there’s a never ending supply of beer and chocolate ready to enjoy whilst gawking at some of the best preserved cities in the EU. Oh, also, French fries and waffles. If you like either of those, Brussels is your only honeymoon option. 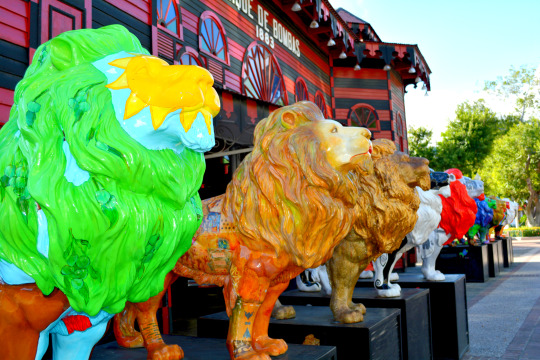 Photo courtesy of Forever Alice In…

Wherever you’re staying on the island, you’re never be more than a drive away from Ponce. The beach-front town is home to amazing cuisine, slick colonial Spanish architecture, and The Art Museum of Ponce. The museum boasts the best mix of classic and contemporary art of any tropical paradise on the planet, with the cherry on top being one of the finest collections of Pre-Raphaelite art in the universe. What all that adds up to is an unreal fairytale remix on your classic Caribbean honeymoon. Pro-tip: Start your day at the museum and get a good, long gaze into the ethereal beauty of Frederic Leighton’s Flaming June, then take a short stroll through downtown and grab mind-blowing mofongo at El Barril de la Mulata. Cap it all off with a soothing dip in the warm waters at the white sand beaches just a few blocks away and, suddenly, you’ll really feel like this kick-off to your marriage went into high gear. You’re welcome.

Thanks to the author for writing the post, it was quite necessary for me and liked it.