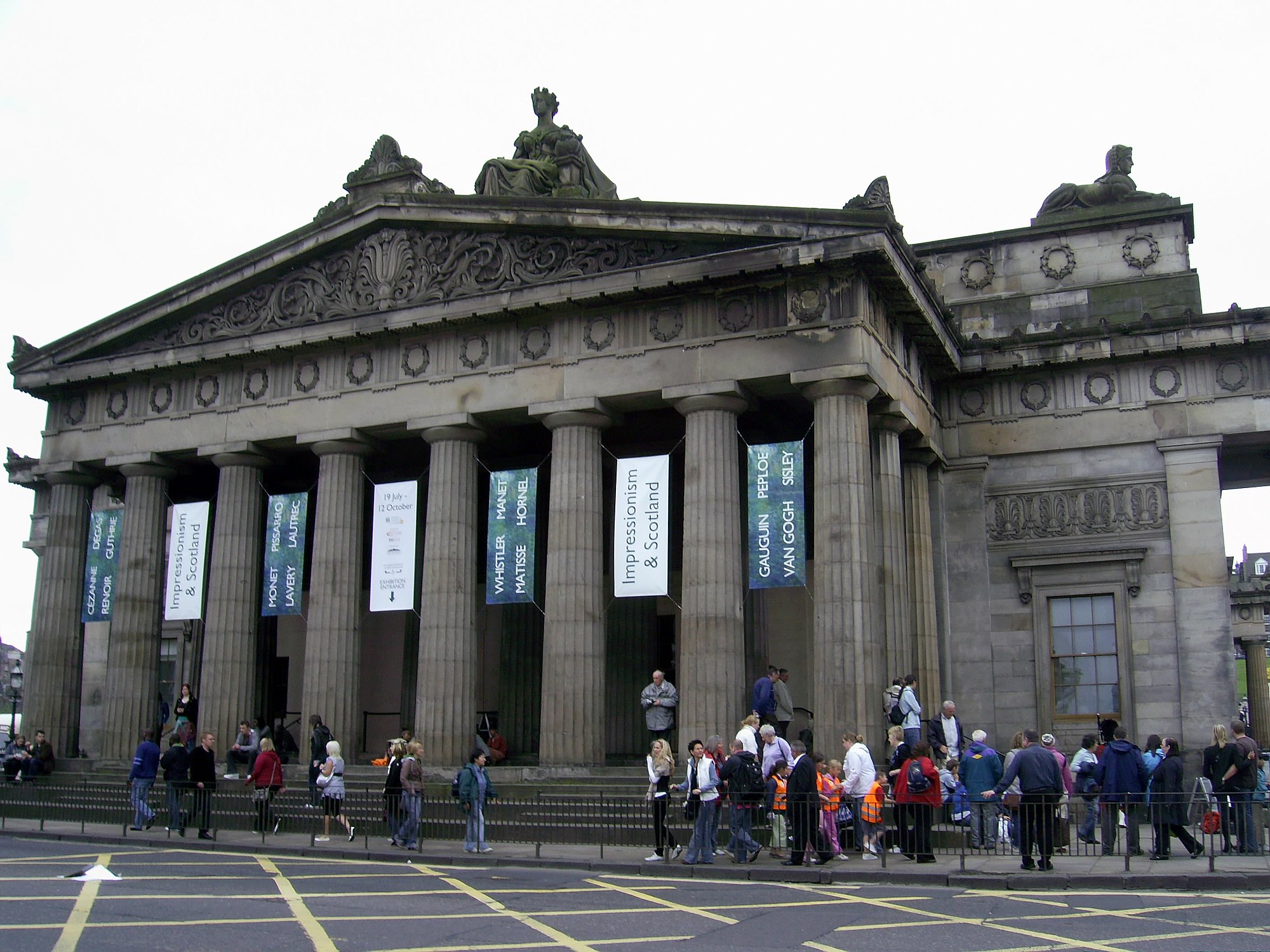 The Scottish National Gallery is of the world's best art venues, replete with underground lair, and conveniently stocked with great shopping and dining.

Today, the Scottish National Gallery comes in at a close second behind the Edinburgh Castle as the most popular attraction in Scotland. Pro-tip: if you fear sunlight but want to hightail it over to the Royal Scottish Academy, the Scots have you covered. An underground tunnel doubling as a subterranean strip mall connects the museums with plenty of world-class shopping and eating along the way.

Though it's an awesome place to chill today, the vibe leading up to the museum's birth was considerably more harsh. In the 1800s, there was a river of bad blood between the British art patrons and Scottish artists on the north side of the English Isles. There were disagreements over respect, payment, subject matter; pretty much everything was an argument. The British government had enough of everyone's funny business, so they found a solution: Safe space.

A new museum was built to act as a kind of neutral territory for artists and patrons to hang and just get to know each other again. Or at least, not be at each others' throats all the time. The government even shelled out enough public monies to make sure the building on its own made new generations excited about learning art, and for everyone else to understand that Scottish artists had mad skills. Some room had opened up around Edinburgh, anyway, with the draining of a lake so everyone could have a little more living space. Life lesson: Complain enough, and you'll get everything you want...and then some!

The Scottish National Gallery is the most comfortable and inviting classic art museum that we’ve been to. It’s not a large collection but there’s all sorts of unexpected artistic deliciousness here.

Somehow it combines a monumental (neoclassical) style and a snug intimate space. Centuries of good and great paintings, primarily from across Europe and with a tilt towards the Scottish, hang on the walls, sometimes three levels high. White marble sculptures stand between the paintings. The carpet is hunter green and the walls are painted in a range of deep colors like claret red. The high ceilings and virtually perfect lighting let the whole thing breathe and settle gently around you.

A large underground passage connects the Gallery and the Royal Academy exhibition hall and it houses a coffee shop, a museum store and a restaurant.

Here is what Wikipedia says about Scottish National Gallery

The gallery houses Scotland's national collection of fine art, spanning Scottish and international art from the beginning of the Renaissance up to the start of the 20th century.

Check out the full Wikipedia article about Scottish National Gallery

Scottish National Gallery is mentioned on our blog -

Art History Tales of Terror: 7 Paintings with Spooky Secrets!
From the walls of the world’s great museums, to the dusky halls of the stately homes of England,…
Sign up
Forgot Password
Reset Password