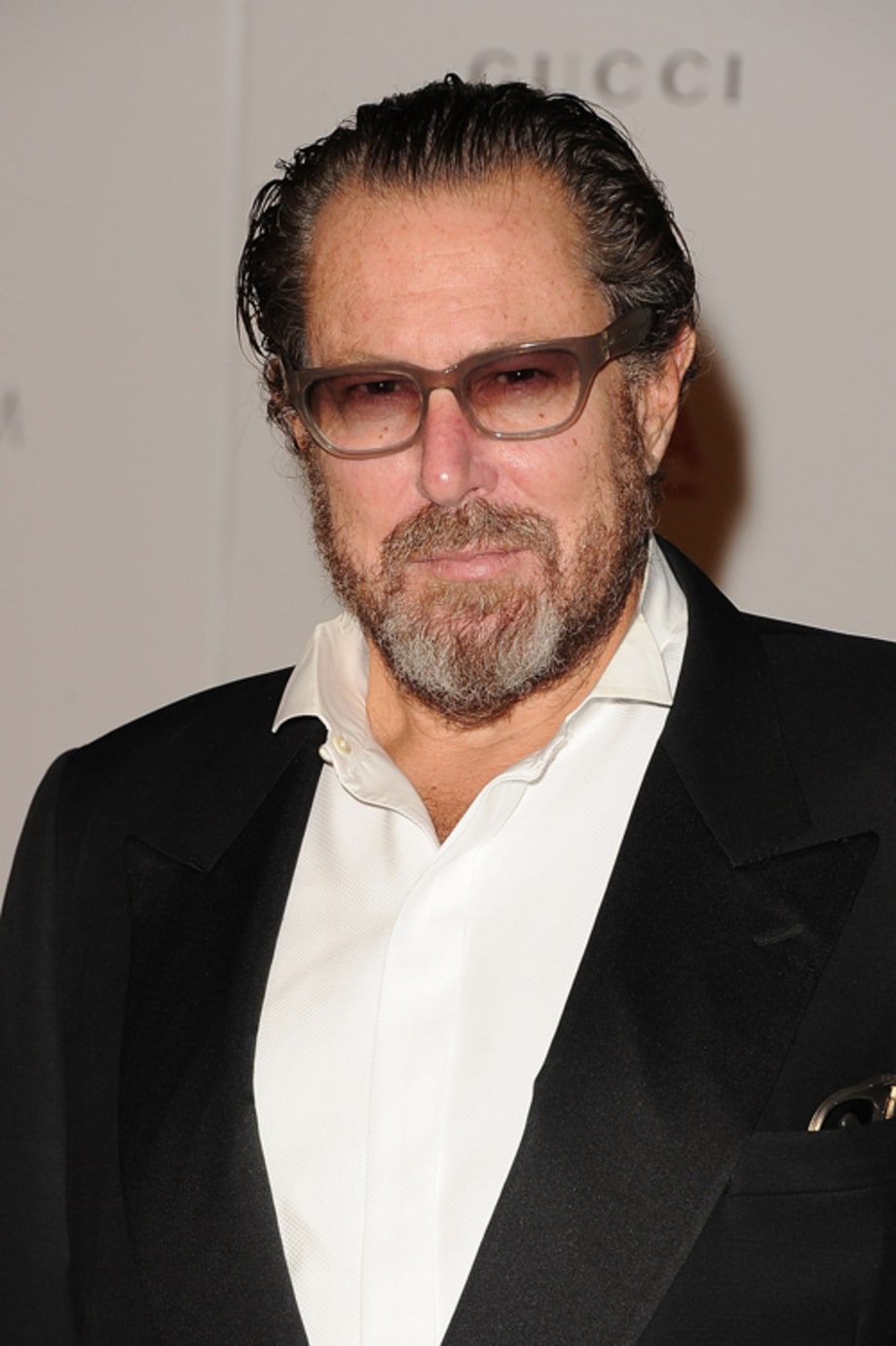 In addition to his painting, Schnabel is known for being a film director. He helmed, At Eternity’s Gate, starting Willem Dafoe, whom Schnabel taught to paint for the role of Van Gogh.

Julian Schnabel is loved and hated in perfect proportion.

Schnabel was born in Brooklyn, New York in 1951 but at the age of fifteen moved with his family to Brownsville, Texas, which Schnabel explained was “the marijuana hub of the United States.” When asked if he was a “doper,” Schnabel replied in the affirmative and added that he had done LSD too. He took to surfing while there and has continued this hobby throughout his life. He started a surf gang called the Blind Girl Surf Club with surfing legend Herbie Fletcher (no way! an all male surf club! Something new and different for surf culture!). In the footage of the gang actually surfing, though, there are almost no shots of Schnabel, making us think that perhaps he is more of a sponsor than a participator. The Blind Girl Surf Club collaborated with the surf brand, RVCA to make clothing with one of Schnabel’s paintings on it, which were quite cool.

After attending the University of Houston, Schnabel made his way back to New York, working odd jobs. He was a cook, drove a cab, and even sold sunglasses, none of which were his true calling. He knew that he was bound for greatness as he flipped burgers. “He live[d] in a very different domain, where its mostly white male members believe that the grand tradition is their birthright. They know they are the true heirs of Tintoretto and Titian, Barnett Newman and Jackson Pollock.”

His greatness began in 1978 after spending time in Barcelona looking at works by Antonio Gaudi. Directly after this trip, Schabel came up with his first broken plate paintings, which are exactly what they sound like. Schnabel would shatter dishes, arrange them on a canvas, and paint on them. They were a huge success in the New York art market, leading Schnabel to be a hot commodity. His paintings now sell for millions. He also created the cover album for the album By the Way by the Red Hot Chili Peppers, adding to his cool cred. He attempts to be casual about his success; the man, almost exclusively, wears paint-splattered PJs. This is probably the only modest thing about him, though. He owns a mansion in Manhattan, where he hangs art only made by him. He wears large tinted glasses, making him look like a Bono groupie. And he cannot deal with any criticism whatsoever. In a "60 Minutes" interview with Morley Safer, Safer brought up his art critic arch nemesis, Robert Hughes, who loved to hate Schnabel. Schnabel got his panties in a major bunch and when Safer tried to change to subject, Schnabel told him that he was still pissed off that Hughes was brought up. Schnabel’s second wife and famous actress, Olatz Lopez Garmendia had to be brought in to finish the segment. This did nothing to help Schnabel’s image though. Olatz confessed that, at first, she never thought of Schnabel as a husband. Her first impression of him was that he was charming but scary. But Schnabel was consistent enough in his courtship that Olatz eventually married him. They had two children, but (spoiler alert!) eventually divorced.

Schnabel has also made waves in the film industry with movies like "Basquiat," "Before Night Falls," and "The Diving Bell and the Butterfly," for which he earned the award for best director at the 2007 Cannes Film Festival and the Golden Globes, as well as a nomination for the Academy Award for Best Director. Julian Schnabel’s creativity is undeniable. He was a force to be reckoned with as a neo-expressionist in New York City. His experimentation with medium –velvet, dishware, tarps – has left his fingerprint on the art industry forever. In his films, “he demonstrates his own imaginative freedom in every frame.” But what is far more impressive than any of that is his gargantuan ego. He once said, “I'm as close to Picasso as you're going to get in this f*cking life."

Here is what Wikipedia says about Julian Schnabel

Check out the full Wikipedia article about Julian Schnabel