Scripturient, adj.: having a strong urge to write.

What a meta word. It feels so strange to write: scripturient. Here, typing it on my computer keyboard in the vacuum of a word processor feels like poor taste. It’s a word that screams parchment and quill. In fact, it brings to mind that scene in "Harry Potter and the Chamber of Secrets" where Harry tries to use his new diary but Tom Riddle comes and takes it over, rearranging the letters of his name to spell Voldemort. The nerve! Didn’t you know, Tom, that Harry was positively scripturient and you totally ruined his flow? Bloody hell.

Anyway, it seems safe to say that most of us don’t identify with the word, but rather it’s non-existent, absolutely agitated antonym of it’s midnight and my assignment is due tomorrow and I hate my life and can’t you just write yourself you stupid paper? Bloody hell.

Here’s a brief collection of artists who, like Harry, couldn’t quell those scripturient urges. 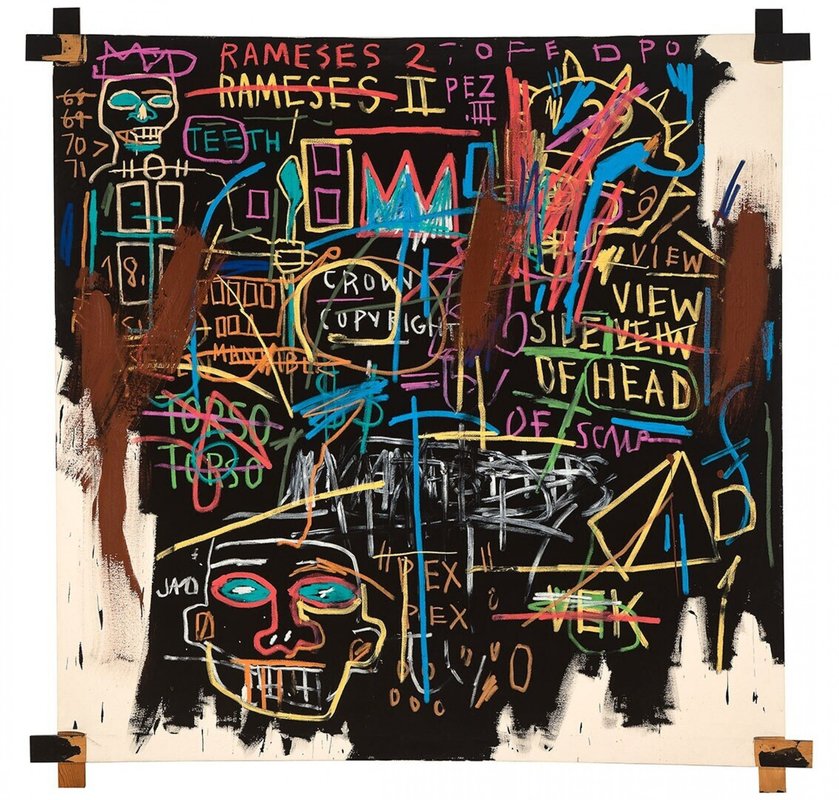 There’s not really a better example from the league of heavy-hitting artists than Basquiat. Nearly every painting in his tragically short career had scratched-out, underlined, or emphasized text in one way or the other. Interestingly, it has been recently found that he might have hidden even more writing and symbols beneath the top layer of paint. This brings to mind another crazy word –– palimpsest. 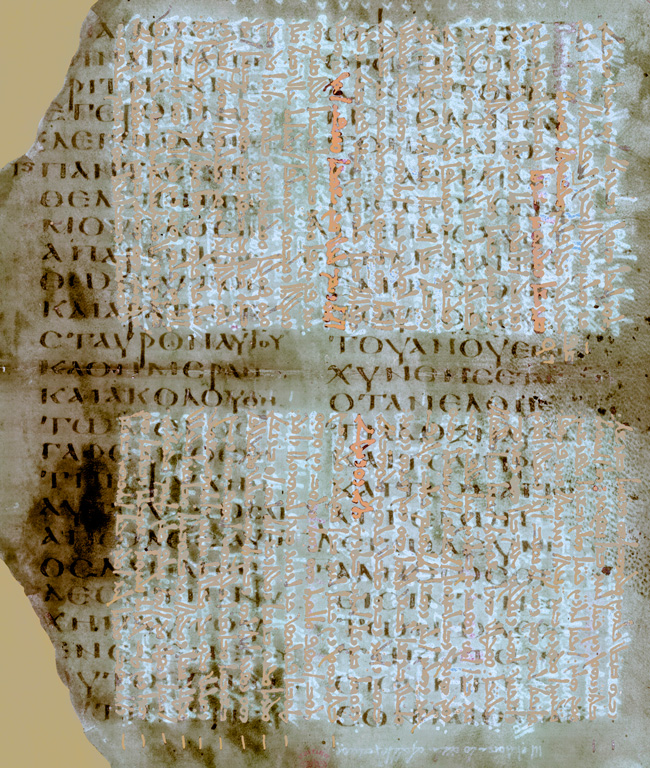 A palimpsest is a document of writing where the material used to write already had writing on it. In other words, it’s the urge to write so badly that you write over older writing because you don’t have the patience to find a suitably blank piece of paper. They sure look cool, though, and blur the lines between letters and art.

Barbara Kruger, Untitled (Your Body is a Battleground) 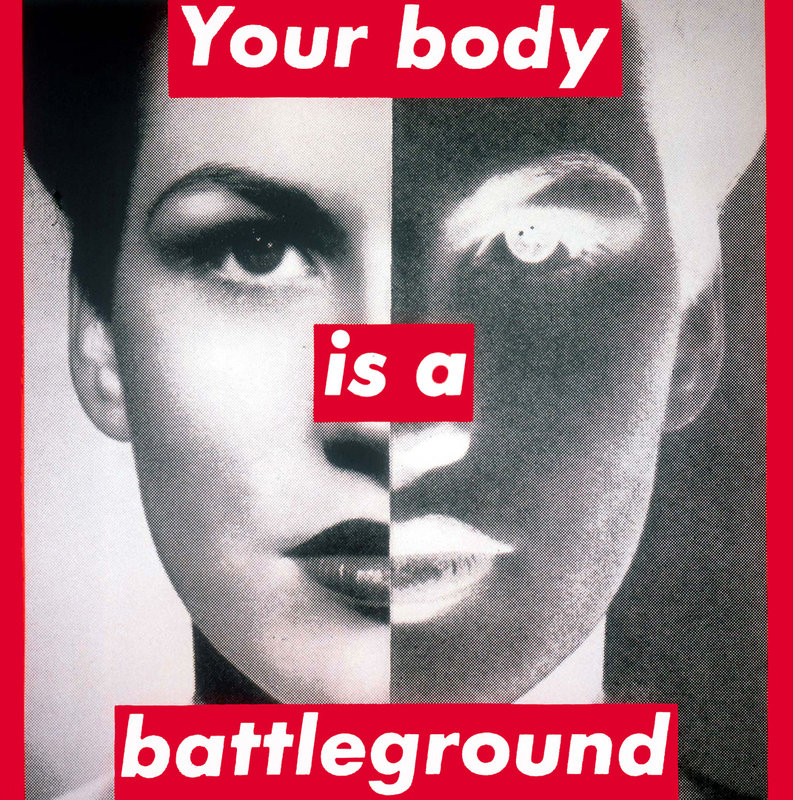 Kruger’s works are powerful syntheses of language and collage. Like Basquiat, a lot of her work functions in the interplay between images and the suggestions, histories, and inherent possibilities of words. “I shop, therefore I am” and “You invest in the divinity of the masterpiece” are examples of some of her most cutting declarations. OK, Kruger, I get it. I won’t buy anymore prints of da Vinci, I promise! There’s a lot to say here, but for the love of examples, we must go on. 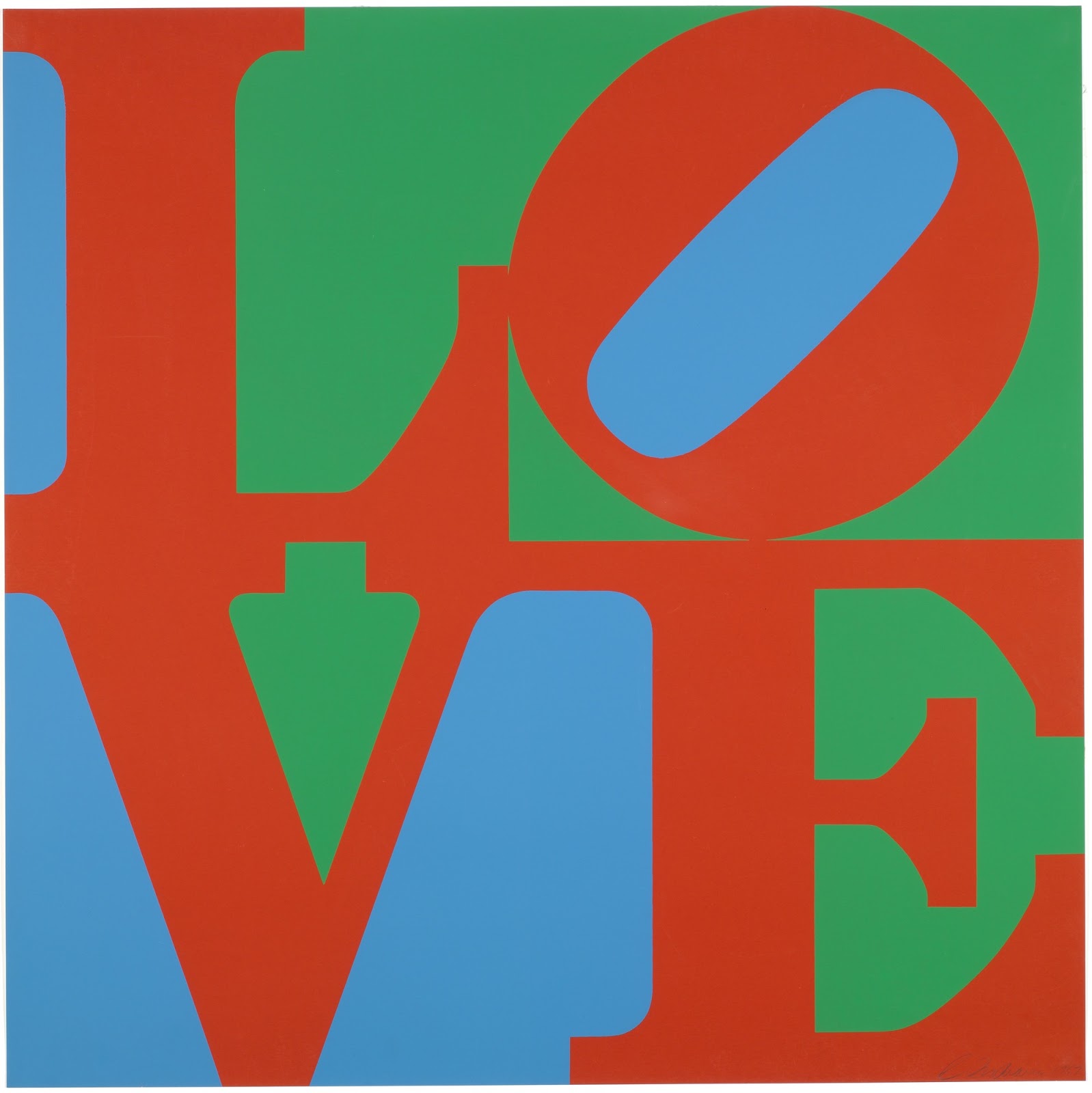 Robert Indiana’s LOVE is perhaps one of the best known artworks from the pop art movement. Yet, it’s mostly letters. Does this mean that words might have an artistic appeal beyond the literary? Probably. They connect with us in a way that is different than, say, a painting of a heart or the moment shared between two lovers kissing.

That ends our brief foray into the world of word-ly arts. Good luck with your writing projects! Maybe I should stay, stay writing, writing on endlessly into the depths of the word processor’s computational power. Or wait, no, there we go, let’s stop it there. Bloody hell.

Interesting.I also want to write a book, I have something to tell, my life is full of different events and I want to share my thoughts about what is happening.

I don't even know how to use Scripturient in a sentence...