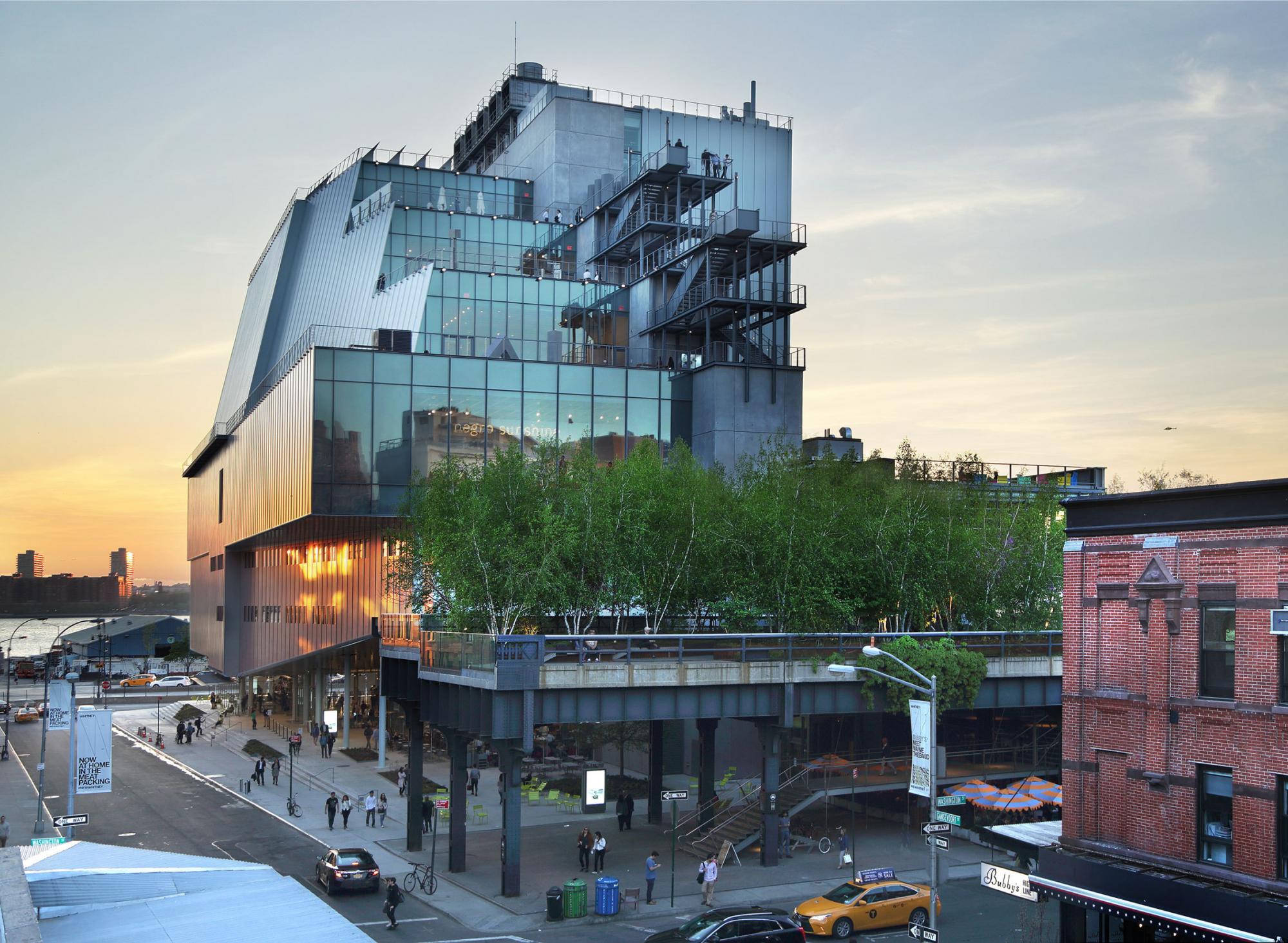 An awesome museum if you like contemporary stuff.  Every couple years they have the Whitney Biennial, where lesser known artists come to show off their goods in hopes of hitting it big.  The event is super entertaining because there is lots of weird performance art.  In the 1976 there was an exhibit of live body builders, starring California’s own Governator Arnold Schwarzenegger.

The Whitney Museum of American Art sticks out.

Gertrude Vanderbilt Whitney was a sculptor who didn’t get taken very seriously. Well, she was the great-granddaughter of the one, the only, Vanderbilt Rail tycoon. That kind of money and the wrong set of genitals ensured her humiliation in the art world. Her husband was no help either, and she even learned later that he was having an affair. Due to the prejudices of the time, Gertrude had to work under a false name to get work.

In 1907, Gertrude set up a studio/cafe/residence at 8-12 West 8th street in Greenwich Village, Manhattan. She used the space to sculpt, live, and have other artists meet up and chat. Early bohemian life sounds like a lot of fun.

When the Metropolitan Museum of Art refused to accept a generous gift of 500 paintings from her collection, she was upset. So, she did what any Tommy Wiseau would do. She built her own museum.

The museum moved two more times before it arrived at the Meatpacking district in New York.

The Whitney is populated by some of the most important artworks in America’s modern history. They deal with a lot of contemporary art, but you will definitely find work by Georgia O’Keeffe, Edward Hopper, and Jean Michel Basquiat lining the gallery walls.

A rich lady sculptor, married to an asshole husband, created a legacy that simply keeps on giving. We need a lot of different people to change this world. Next time you’re in NYC, just go have a look at what this artist started. The Museum shuts at 6 in the evening, so we recommend you get there around 4, at the latest. It's big.

Here is what Wikipedia says about Whitney Museum

The Whitney Museum of American Art, known informally as "The Whitney", is an art museum in the Meatpacking District and West Village neighborhoods of Manhattan in New York City. It was founded in 1930 by Gertrude Vanderbilt Whitney (1875–1942), a wealthy and prominent American socialite, sculptor, and art patron after whom it is named.

The Whitney focuses on 20th- and 21st-century American art. Its permanent collection, spanning the late-19th century to the present, comprises more than 25,000 paintings, sculptures, drawings, prints, photographs, films, videos, and artifacts of new media by more than 3,500 artists. It places particular emphasis on exhibiting the work of living artists as well as maintaining an extensive permanent collection of important pieces from the first half of the last century. The museum's Annual and Biennial exhibitions have long been a venue for younger and lesser-known artists whose work is showcased there.

From 1966 to 2014, the Whitney was at 945 Madison Avenue on Manhattan's Upper East Side in a building designed by Marcel Breuer and Hamilton P. Smith. The museum closed in October 2014 to relocate to its current building, which was designed by Renzo Piano at 99 Gansevoort Street and opened on May 1, 2015.

Check out the full Wikipedia article about Whitney Museum

Whitney Museum of American Art is mentioned on our blog - 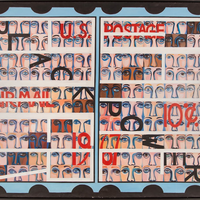 Mental Health Art History: 5 Artists with Depression
Mental health issues restrict an artist’s ability to create. But, art can also be therapy. In…

GUEST POST| They Fought The Law and Their Art Won (Part 1) with The Scéal
This just in: Sartle makes new friends!  Amelia, Victoria, and Susan make up the magnetic trio…
Sign up
Forgot Password
Reset Password