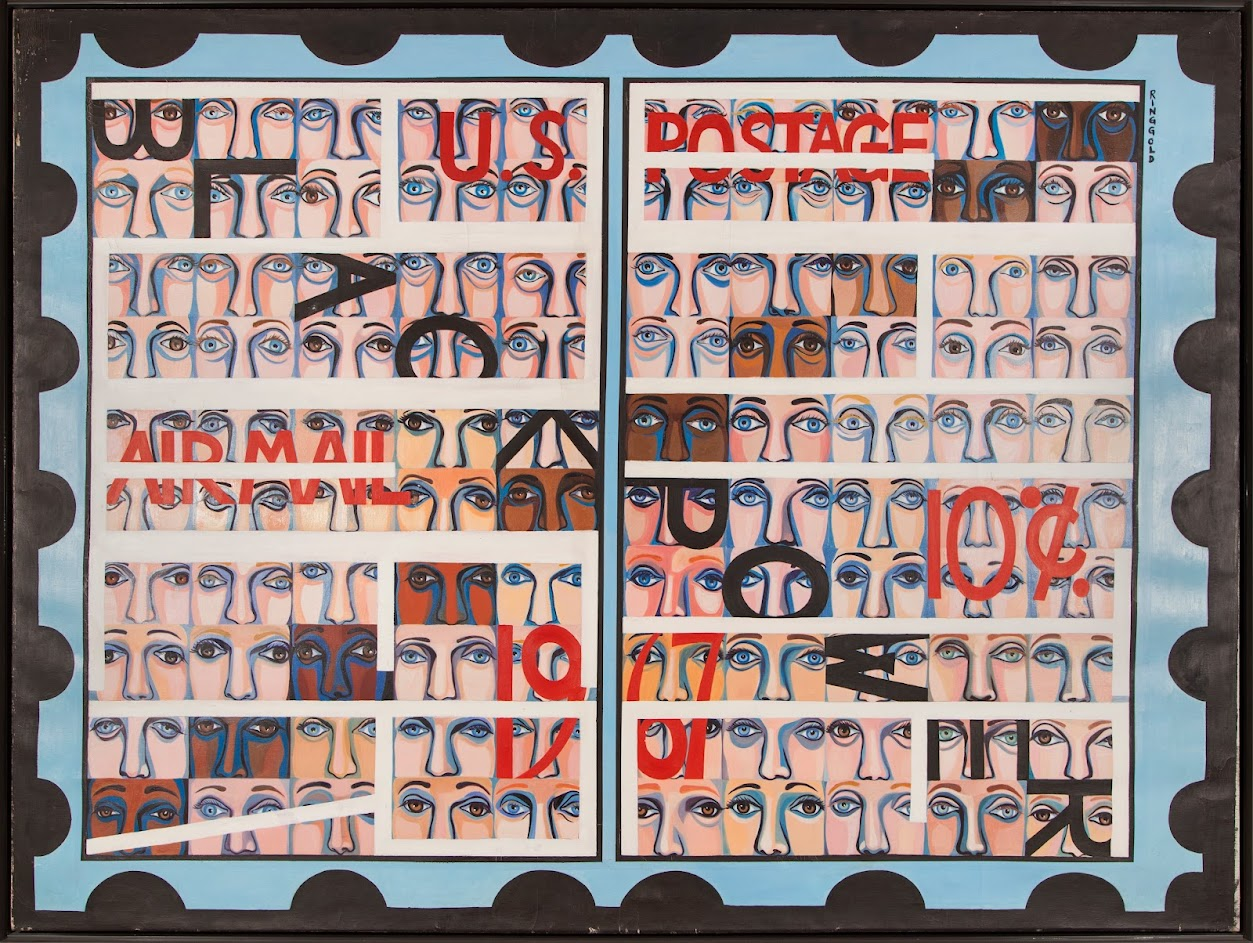 A long overdue and incredible collection has been unveiled at the de Young Museum: the first retrospective of Faith Ringgold on the West Coast and the largest assessment of her work thus far. Just like the many layers and textures to explore in her famous story quilts, there’s a lot of different facets to marvel at in this collection that encapsulates work spanning her entire fifty year career. 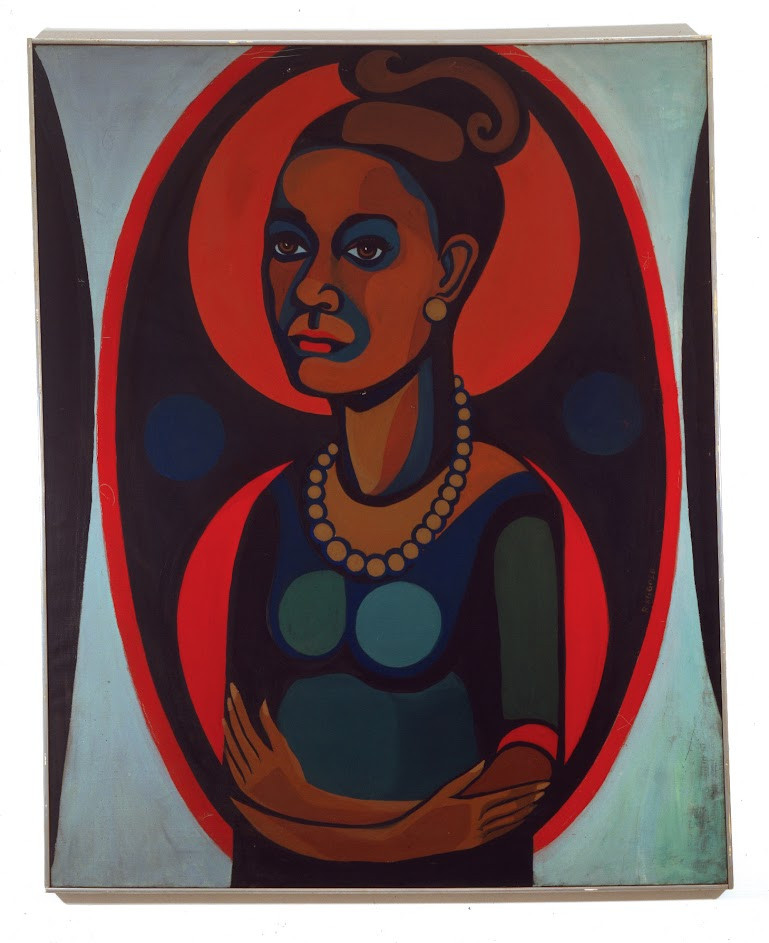 To introduce this absolute treasure of an artist in a few words, Faith Ringgold is the kind of woman who never hesitates to change the narrative when she is denied a place in it. Ringgold is a passionate activist who has fought against every injustice of her time, working for free speech, women’s rights, civil rights, and prison reform. She has used her art to elevate and shine a light on the issues she fought against. 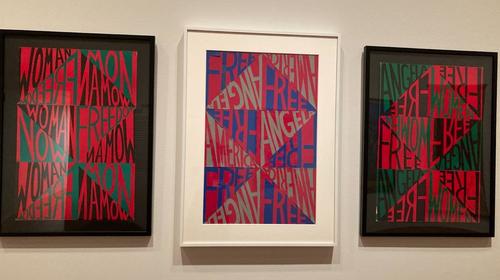 Several of her protest posters are showcased in the collection, even a petition for a campaign she helmed for the Museum of Modern Art to create a wing dedicated to Black artists. You’ll also find a few details about how she was one of the leaders of a protest against the Whitney Museum in a campaign for the inclusion of more women artists in their Annual. While they didn’t reach their goal of fifty percent, there was an increase the next year. Whitney’s 1969 Annual featured eight women out of one hundred fifty one artists. 1970 featured twenty out of a hundred.

In the first few rooms of the exhibit you’ll also find Ringgold’s Black Light Series. In these works, Ringgold entirely eliminated the use of white in her color palette, signifying her interpretation of Black Power through color theory. The canvases are primarily composed of rich shades of dark green, blue, red, and black. 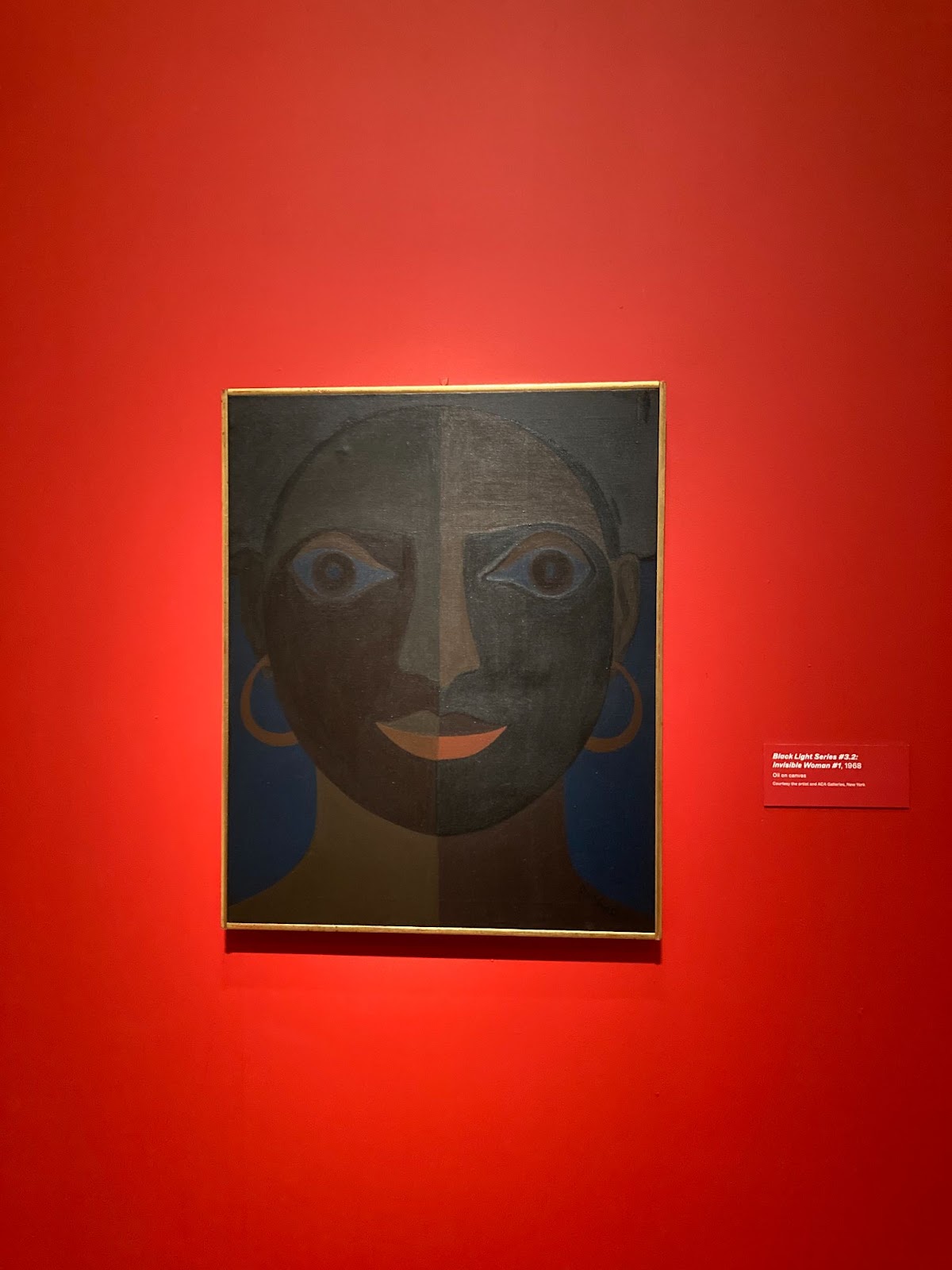 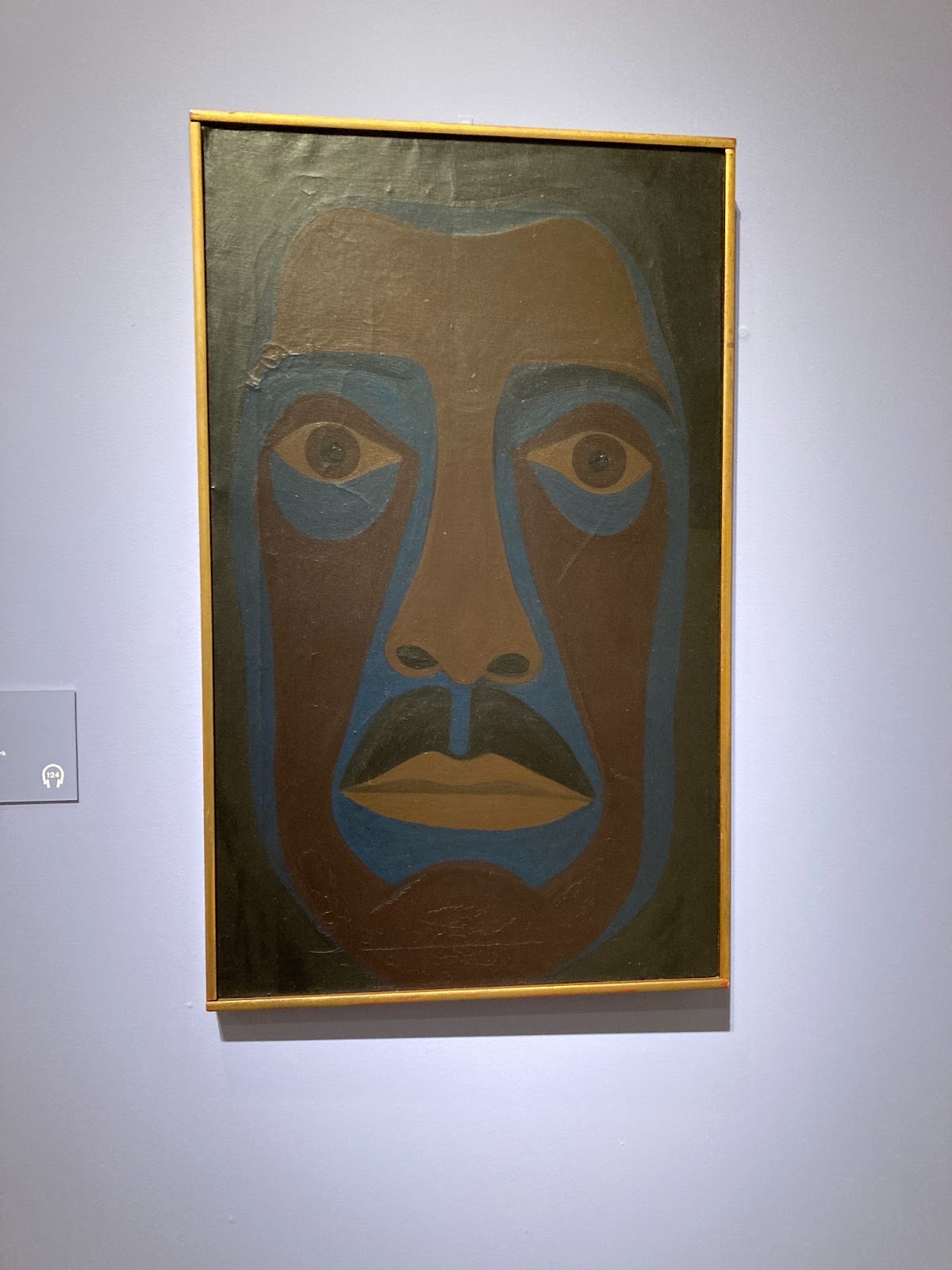 To ensure that two of the pieces, Black Light #3.1 Invisible Woman and Black Light #3.2: Invisible Man, are properly showcased, they’ve have been mounted on brightly colored walls, as Ringgold felt some of their nuance was lost when displayed against a white background. Both of the chosen colors also carry a meaning. The red is meant to be reminiscent of the American flag, a symbol Ringgold utilized across several of her paintings. The lilac is an homage to her Tar Beach story quilt and children’s book. 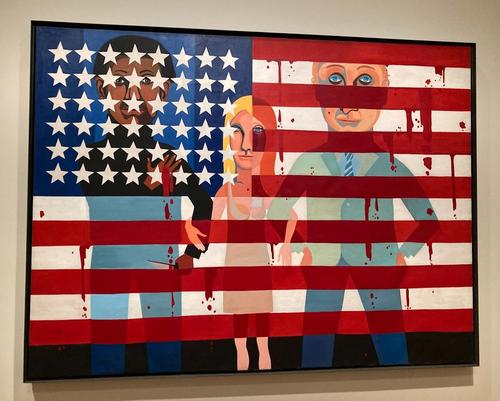 After viewing her protest posters and her powerful American People series that confronts race relations in the United States including works such as The Flag is Bleeding and U.S. Postage Stamp Commemorating the Advent of Black Power—both of which are as captivating as they are incredibly clever in their composition—you’ll find several beautiful pieces of a different focus as you move further into the gallery. You’ve been introduced to Ringgold the fighter, the iron-willed intellectual; now you get a glimpse at Ringgold the optimist through the representations of the future she was fighting for. 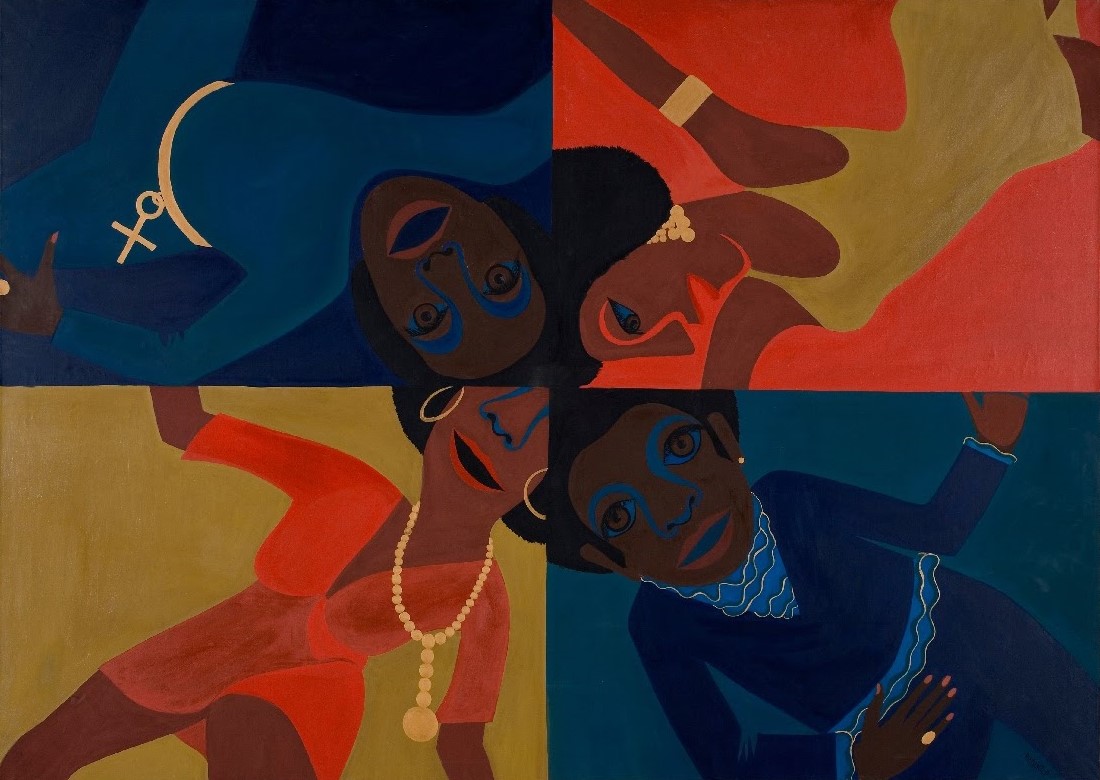 Black Light Series #12: Party Time is a joyful celebration of Black women, and her children’s book Tar Beach is a carefree tale of soaring through the stars. Ringgold often created art that spoke to children as her primary audience to remind them of their agency. To Ringgold, all children are agents of change and she seeks to inspire them. 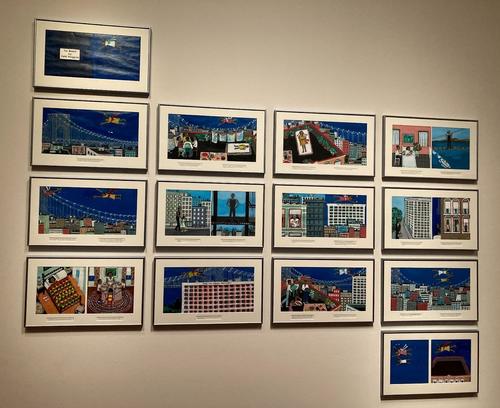 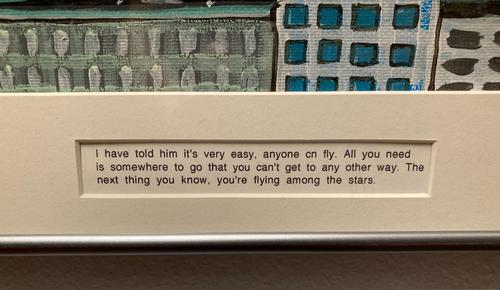 Tar Beach is a lighthearted and very fun example. The book’s star, Cassie Louise Lightfoot, learns she can fly, and anything she flies over is hers to claim. Every page of the book is on display, as well as the story quilt that inspired it. I highly recommend spending a couple minutes to read the full story, it’s enjoyable and adorably sweet. 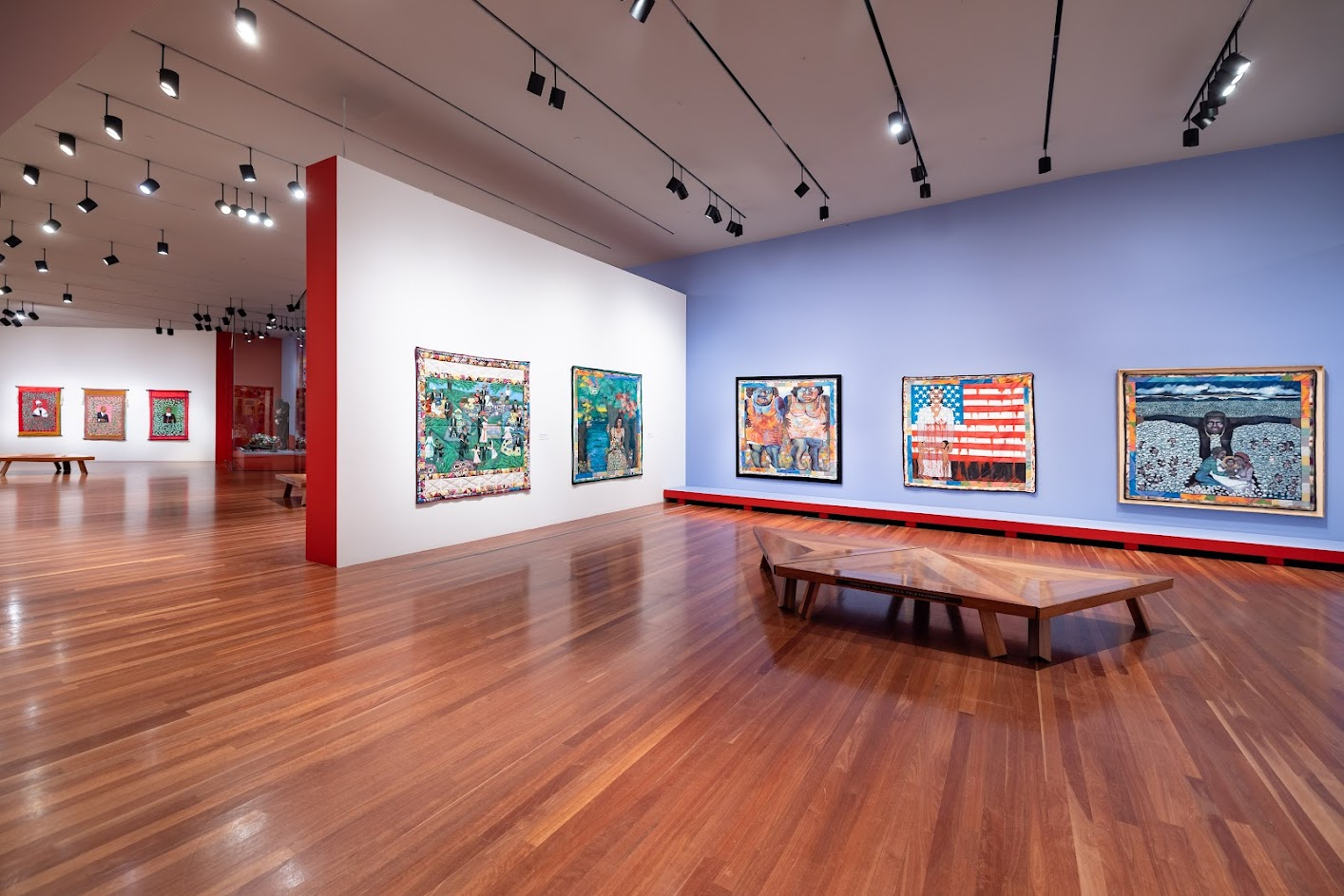 The last few rooms of the exhibit feature a gorgeous array of Ringgold’s story quilts. Her story quilts are often individual pieces of a full narrative or series. The French Collection has twelve quilts in total, including works such as Picasso’s Studio. This exhibit is a special treat, reuniting five of them in one room. 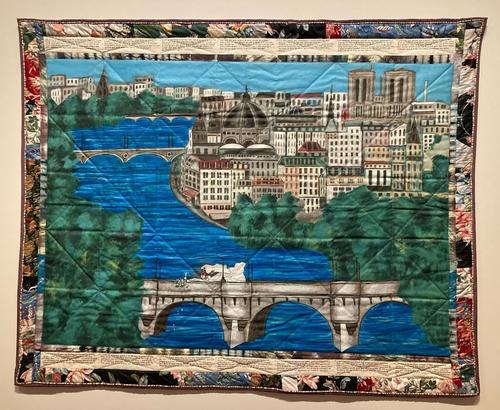 Ringgold’s The French Collection details the life of Willia Marie Simone, her alter ego in this narrative, exploring her journey as an artist in a re-imagined Paris. This re-imagining challenges conventions, and expresses her disappointment in the lack of diversity found within European art history. For instance, in Jo Baker’s Birthday she includes a nod to a couple of famous paintings while switching up the narrative. 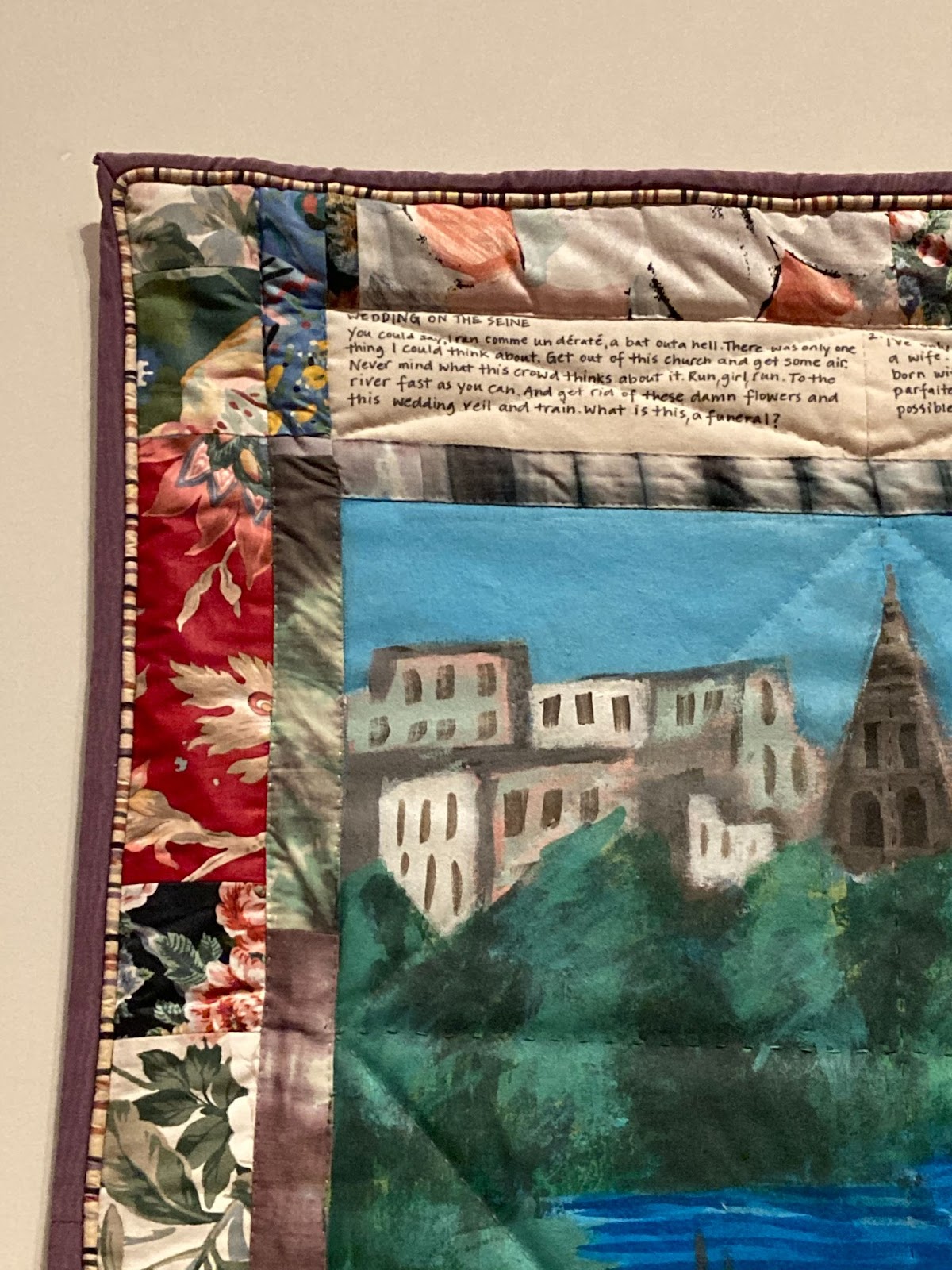 Each of these story quilts has prose contained within their textured frames detailing the captured moment, such as Willia Marie Simone’s internal dilemma as she flees from her wedding. The full transcripts of each are available to read by scanning the qr code on the work’s label text. You’re also free to linger and read the whole of each one in her handwriting, I definitely did. Also, if you study the quilted frames closely you’ll catch the textures and specific fabrics she repeats across the different story quilts in a single series, adding an extra bit of aesthetically pleasing unity to each collection. 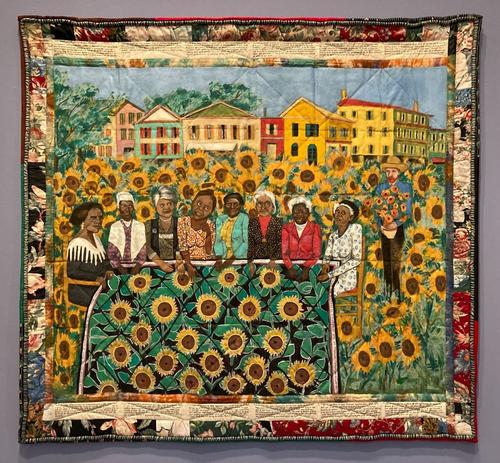 The French Collection also features Willia Marie Simone’s visits to several prominent Black figures. Such as, The Sunflowers Quilting Bee at Arles: The French Collection Part 1 #4, where notable Black women such as Harriet Tubman and Sojourner Truth are symbolically weaving together the bright future they’ve fought for in a quilt, while Van Gogh lingers uselessly in the background. The prose highlights the womens’ strengths and achievements through their chat, with a couple candid comments about wanting “the tormented little man” to go away. 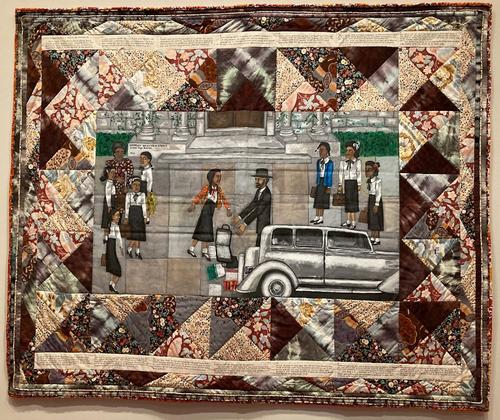 There’s many more story quilts to explore beyond The French Collection, including The American Collection, and The Bitter Nest. The three story quilts on display from The Bitter Nest are both beautiful to observe and heart-wrenching to read. A testament to her skill as a writer, that the words contained within her pieces alone are enough to inspire emotions that stick with you.

The Wake and Resurrection of the Bicentennial Negro, Faith Ringgold, de Young Museum

There’s also a section containing the soft sculptures and masks Ringgold used for performances she did on tours, largely on college campuses. The most famous of them being The Wake and Resurrection of the Bicentennial Negro, which was her first use of soft sculpture in performance. These performances were known to evolve; students would sometimes take on the masks and be encouraged to share their own stories. 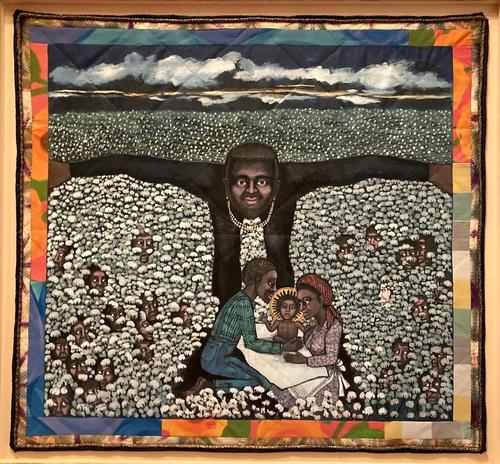 Be sure to scan the qr code on Born in a Cotton Field: The American #3. While there’s no words written on this story quilt, there’s a full fable attached for you to check out. 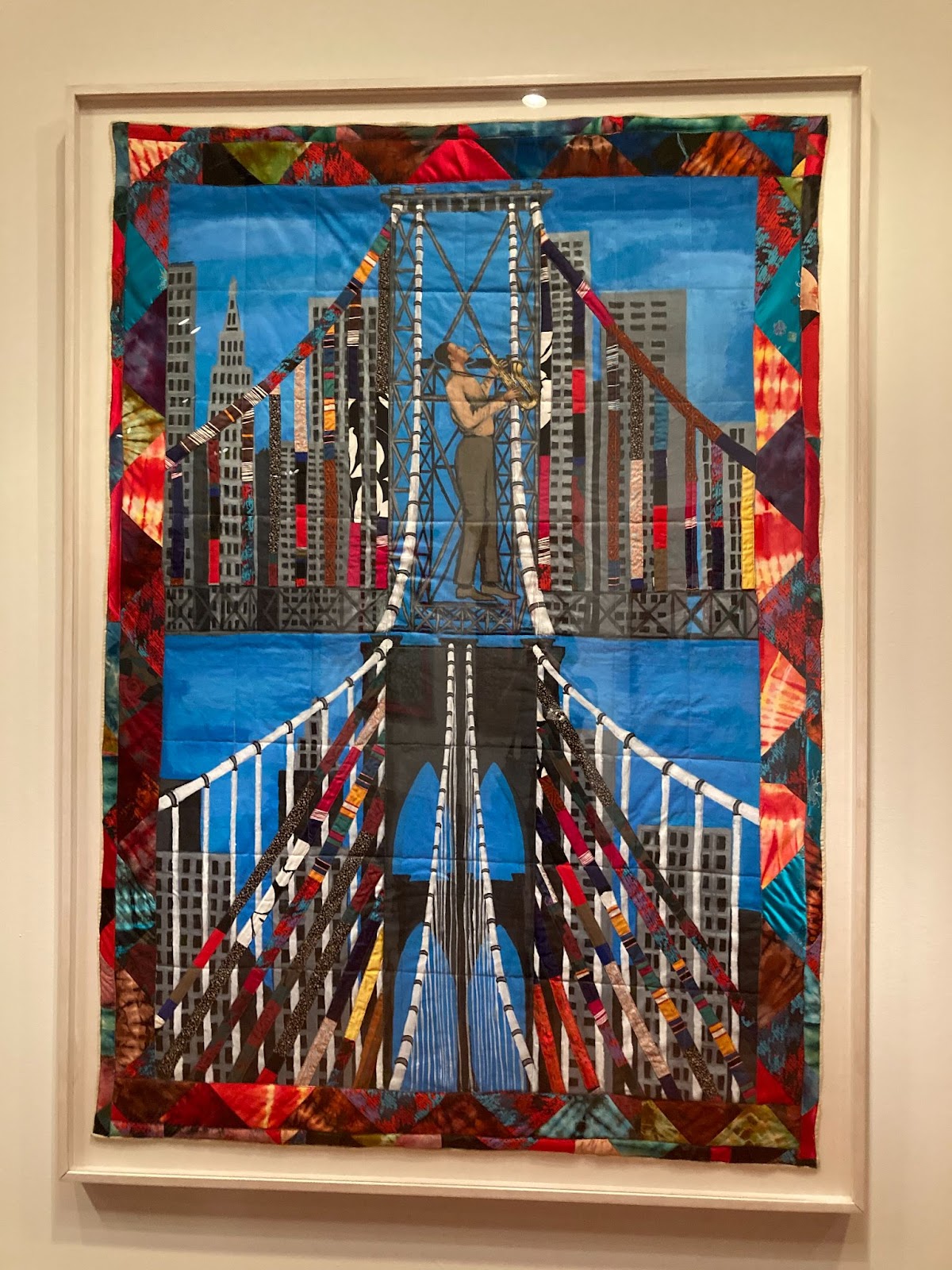 Ringgold’s work resonates so powerfully and the textures of her story quilts are best explored in person, that pictures of them can’t fully compare. Venturing through her masterpieces is a unique journey that lingers with you, like a warm imprint on your senses inspiring you to keep picking apart her works in your mind. I was tempted to keep reading until they had to kick me out.

If you plan to attend the exhibition, which you should, it is free on Saturdays to all Bay Area residents. If you can't attend, be sure to check out the exhibition catalog.

"Faith Ringgold: American People" is on view through November 22, 2022 at the de Young Museum in San Francisco, CA. More information can be found here.

I found this exhibit to be stupidly "woke" without saying very much at all.

Love that they are incorporating more textile art into the art history canon.

Such an underrated artist!