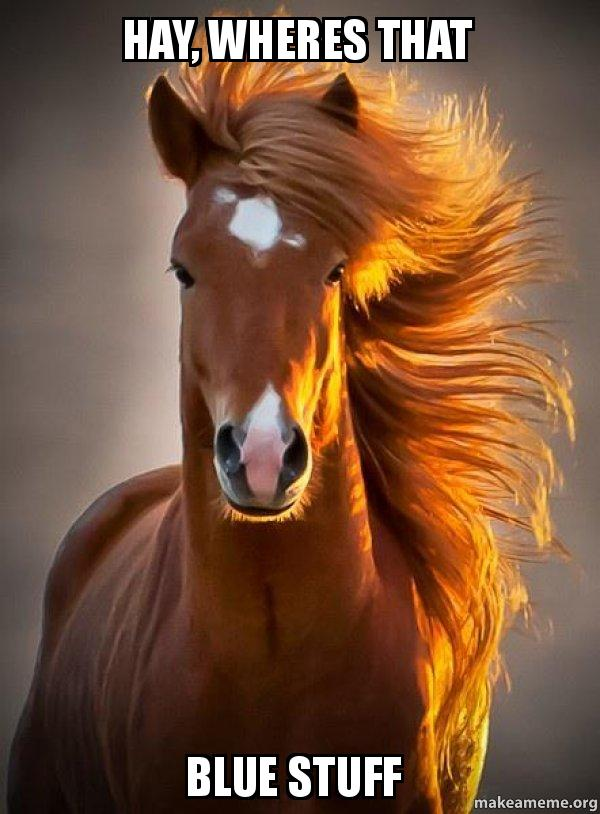 At the turn of the 20th century, creating art movements in Europe had become quite a fad. Dadaism, cubism, surrealism, fauvism, the artists at that time had to navigate their way through this field of “-isms” to figure where they fit in. Der Blaue Reiter had their very own crossroads; a free thoroughfare for most art movements, learning from and inspiring each other. 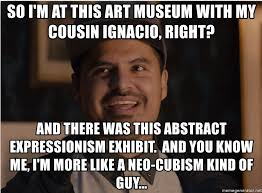 Wassily Kandinsky and Franz Marc spearheaded the movement together. They made a list of dos and don’ts and published them in an almanac. You could check in here to see if you really wanted to be a Blue Rider. It was all fairly clear: If you liked horses, the color blue, and/or blue colored horses, you were in the right place. Kandinsky explained in 1930, “We invented the name 'Der Blaue Reiter' at the coffee table in the gazebo in Sindelsdorf; both of us loved blue, Mark loved horses, whilst I loved riders. So the name emerged of its own accord. And Maria Marc's fabulous coffee tasted even better.” 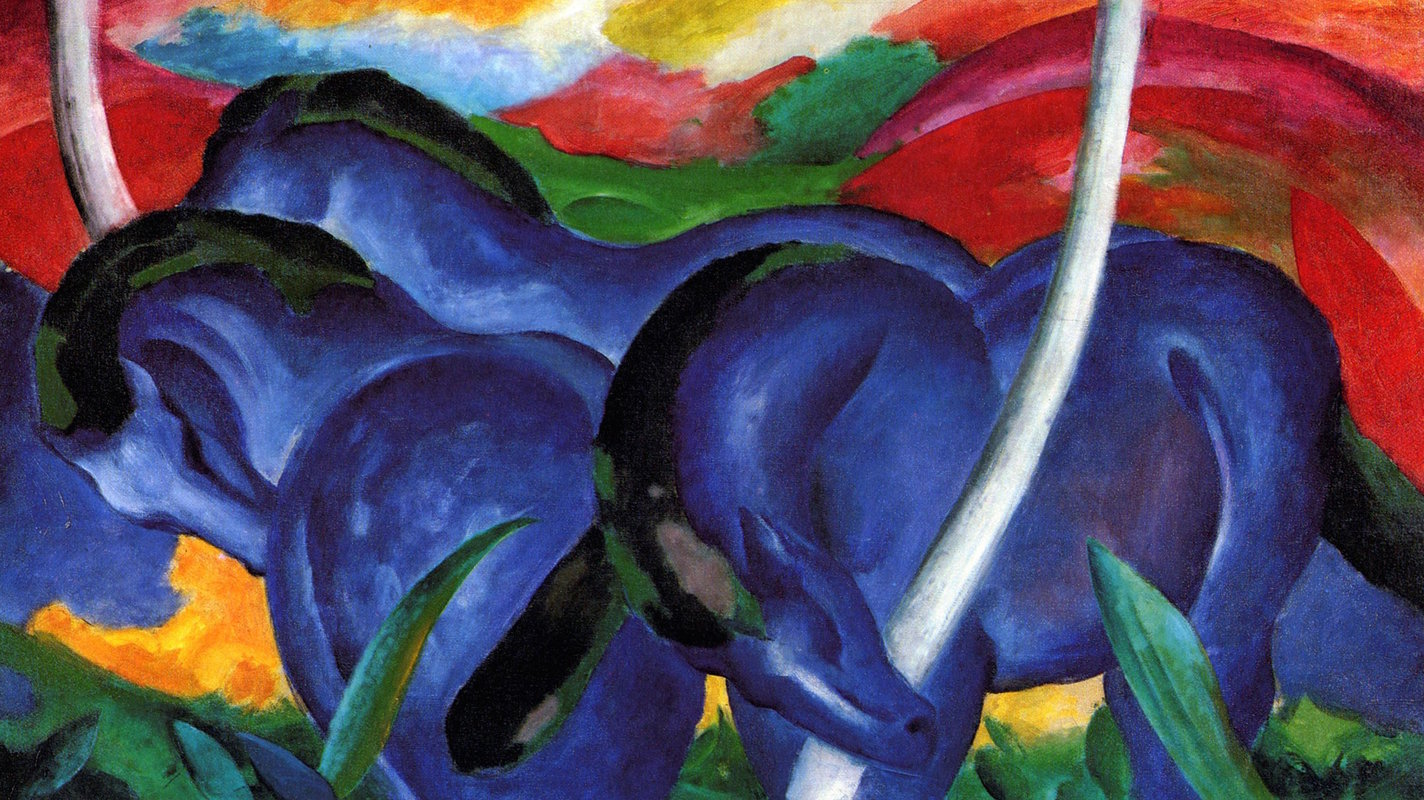 The Large Blue Horses by Franz Marc, in the Walker Art Center, Minneapolis

Der Blaue Reiter was a movement about color, about the power of color. In fact, both Marc and Kandinsky wrote about their theories of color. Kandinsky had a “spiritual” connection with the color blue. There is no record of Kandinsky ever taking the time out to go to the Amazon forest and experience the wonders of Ayahuasca. But, when Kandinsky says that he can feel colors without taking drugs, something doesn’t feel right.

It turns out that Kandinsky was a synesthete. Synesthesia is a nerve condition that essentially confuses the senses. So, one afflicted with this condition could taste music, hear food, or any other strange crossing of sensations. Kandinsky was one of those. Music looked like this to him: 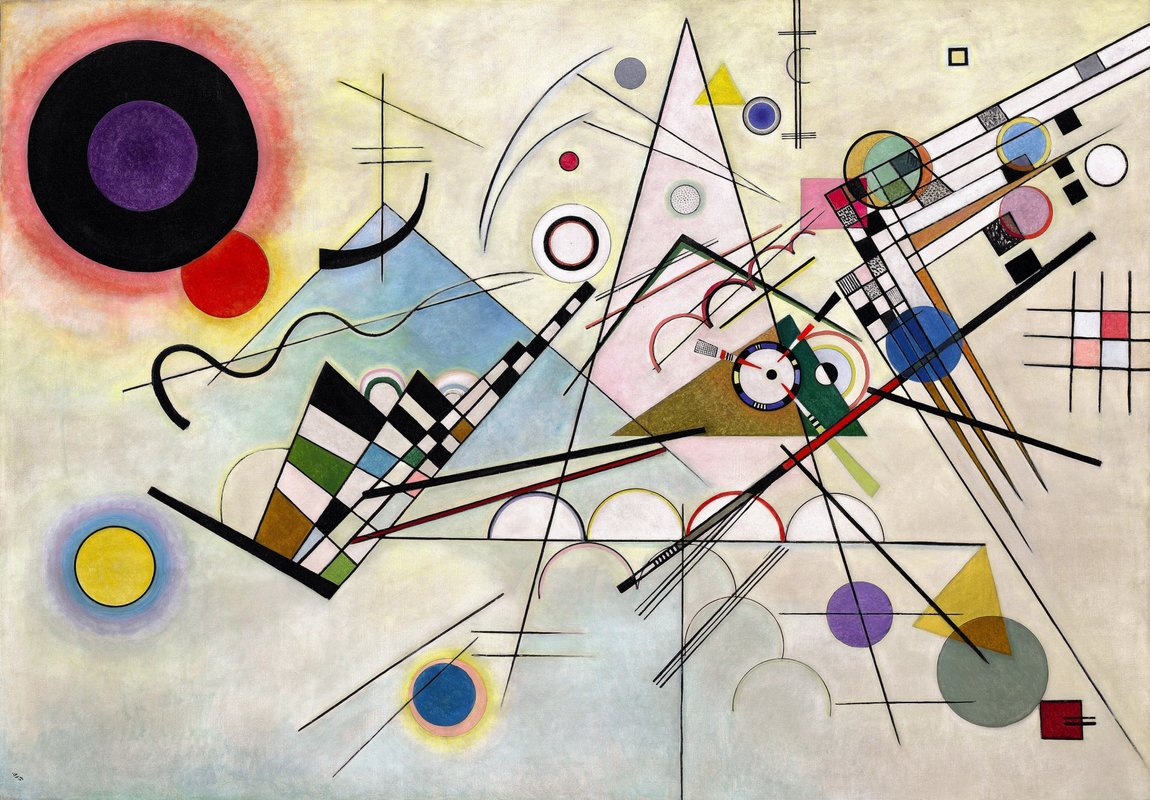 When Kandinsky met Marc, the former was still at the helm of the NKvM (Munich New Artist's Association). It was an artist collective that he had created. He had to quit the group when they refused to exhibit Kandinsky's painting. It’s a lot like James Ensor’s story when he got kicked out of Les XX in Belgium. Kandinsky didn’t get the boot, but I’m pretty sure NKvM really annoyed him. He went up to his buddy, Franz, and said we’ve got to start our own band. They took with them, Gabriel Munter, Alexej von Jawlensky, Marianne von Werefkin, and more.

Through the years, which really weren’t so many, the movement found a lot of followers. In 1911, Paul Klee jumped on the bandwagon, August Macke joined, Robert Delaunay was in too. By their second year, Picasso and Braque were also exhibiting with der Blaue Reiter. It had become an international movement. World War I cut this party very short. The Russian artists, Kandinsky, Jawlensky, and Werefkin, were forced to flee Germany. The Germans, like Macke and Marc, died in battle. 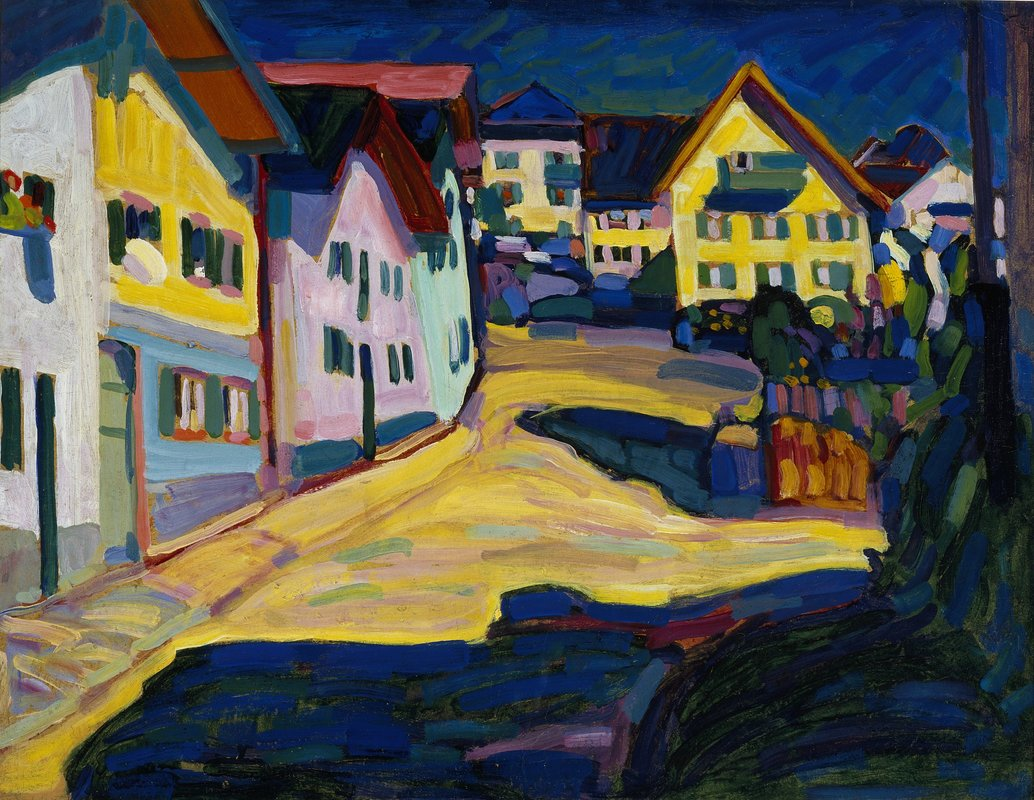 Murnau, Burggrabenstrasse 1, 1908 by Wassily Kandinsky, in the Dallas Museum of Art, Dallas

The Blue Riders were forced to disband, but the horses stuck around. I’m guessing they’re still looking for the blue stuff. Try Munter and Kandinsky’s temporary home in Murnau, it’s sure to have some hidden away.