Surrealism was the natural next step after the fluster-cuck that was Cubism. It’s a wonder how anyone could follow an act like Cubism and re-redefine what art can be, but the Surrealists made it happen by tapping into a source that had never been tapped before… the unconscious mind. A notoriously theatrical bunch, the Surrealists upstaged literally every art form that came before them with their melting clocks, pipes that aren’t actually pipes, and irons with spikes. It was a bit excessive actually. 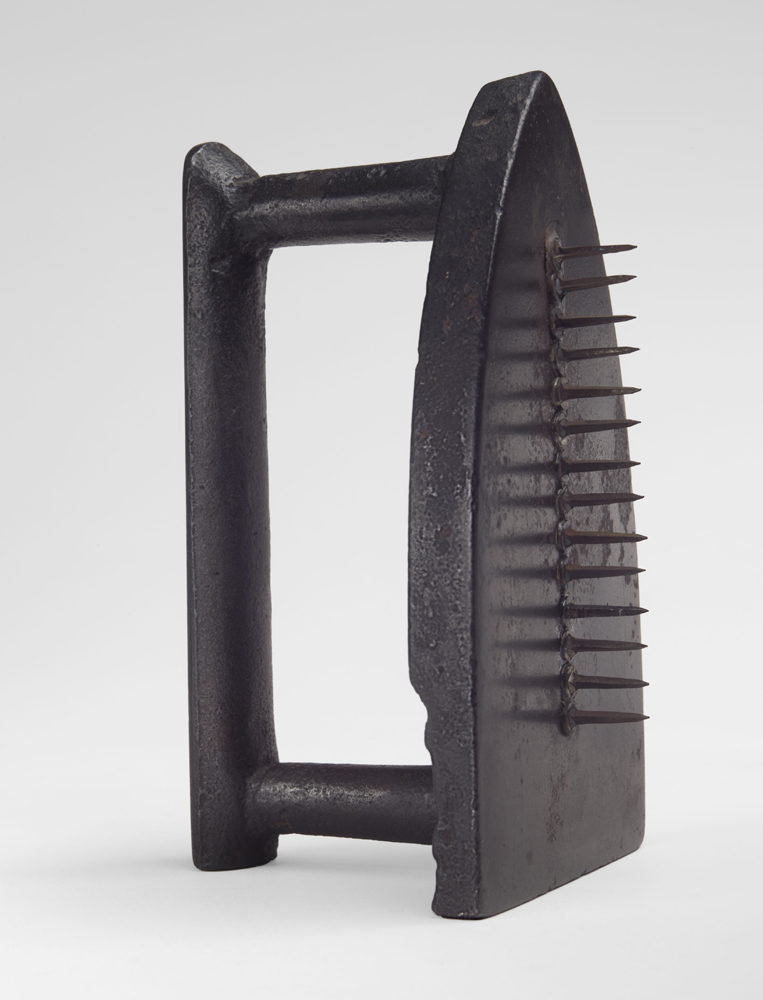 Surrealism was all about incorporating your unconscious mind/thoughts into your art. The founder of Surrealism, André Breton defined it in the Surrealist Manifesto (1924) as this:

Psychic automatism in its pure state, by which one proposes to express - verbally, by means of the written word, or in any other manner - the actual functioning of thought. Dictated by thought, in the absence of any control exercised by reason, exempt from any aesthetic or moral concern.

Basically Breton thought that society imposed a rationality upon people and rid them of their most raw creativity. And he wasn’t about it. So what Surrealists would do to access their unconscious mind was what they called “automatic” drawing, which was basically just scribbling randomly and without direction. And when that didn’t work they would try… other stuff.

The Surrealists were essentially Sigmund Freud’s biggest fan club. They thoroughly believed in his writings in The Interpretation of Dreams and all of the theories that now make him the laughing stock of the psychology world. If you look at Surrealist works, they are almost entirely dreamscapes sprinkled with Oedipus complexes. Case in point, The Rape by René Magritte. Luckily when people started figuring out that Freud was a hack-job, they didn’t connect him or his theories to the Surrealists. Surrealism still plays a huge part in the pay roll for Sotheby’s employees though.

Some of the star players in Surrealism were André Breton, Salvador Dali, René Magritte, Frida Kahlo, Man Ray, Max Ernst, Méret Oppenheim, Marc Chagall, Paul Klee, Alberto Giacometti, Leonora Carrington, Hans (or Jean) Arp, Roberto Matta, Francis Picabia, Antonio Berni etc. As you can see Surrealists were a dime a dozen, but with Breton excommunicating one every other minute for expressing anything that didn’t completely align with the views of Surrealism, they had to keep them coming in order to maintain a full roster of artists. Ironically, Surrealism as a movement wasn’t totally into the idea of non-conformity. Members were kicked out for anything from being too apolitical to being too surrealistic. Breton could be a real tyrant that way, but at least he knew what he wanted out of the movement, right? Surrealism is for the boys...except for Frida who was the best one. Source

Surrealism didn’t just exist in Paris, though that was the epicenter of the movement. When World War II began, many of the artists were forced to flee Europe to pretty much anywhere else, what with the Nazis and their deep hatred for degenerate art and everything else. This diaspora spread Surrealism throughout Europe, then to North America, Central America, South America, the Caribbean and Asia. Each place approached the subject a little differently and as the movement spread, new greats were popping up all over the world. 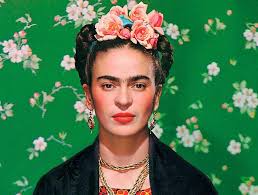 The legend that is Frida Kahlo, used Surrealism to accurately portray how incredibly messed up and absurdly difficult her life was, what with her breaking most of the bones in her body and being essentially kabobbed in a trolley accident and also being romantically involved with the brutally promiscuous, Diego Rivera. Realism just wouldn’t cut it. Only Surrealism could portray that kind of hell. 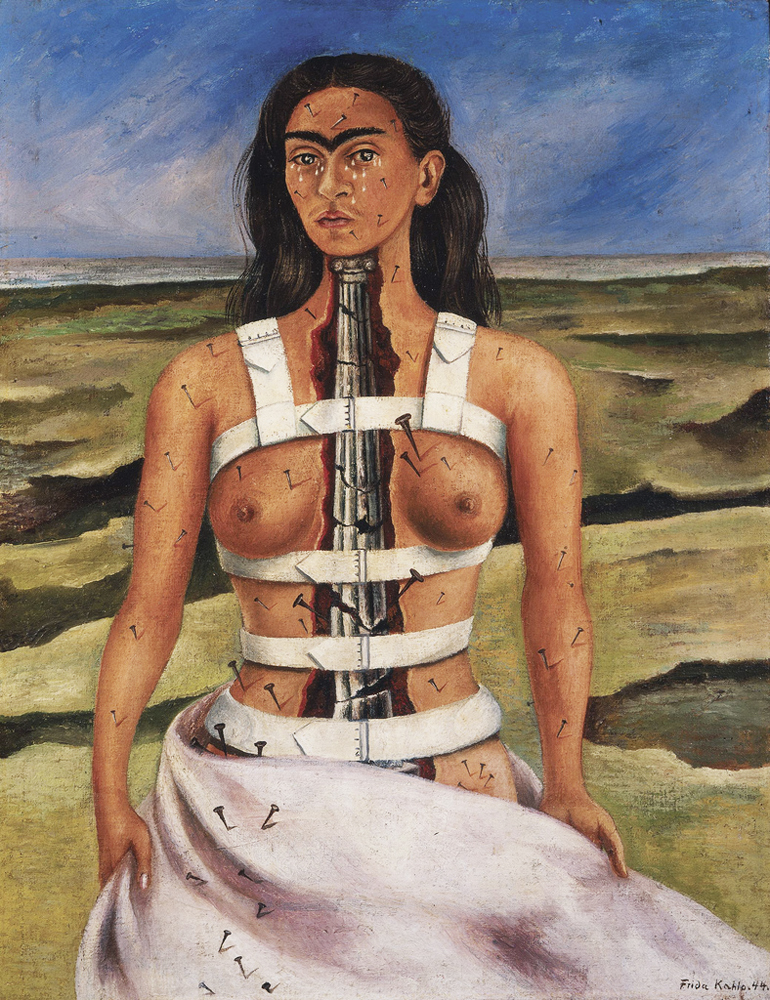 The Broken Column by Frida Kahlo

The most famous Surrealist though is without a doubt Salvador Dalí. His entire life embodied what it meant to be a Surrealist, even though he too was eventually kicked out of the Surrealist group for not being political enough. Everything from the way he talked – he once stated, “I don’t do drugs, I am drugs.” – to the pets he chose (an ocelot named Babou) to his mustache, which he claimed received alien signals, was Surrealism. He created the most famous Surrealist painting, The Persistence of Memory, aka the melting clocks and was far and away the most bananas of them all, which earned him the face of the Surrealist movement. 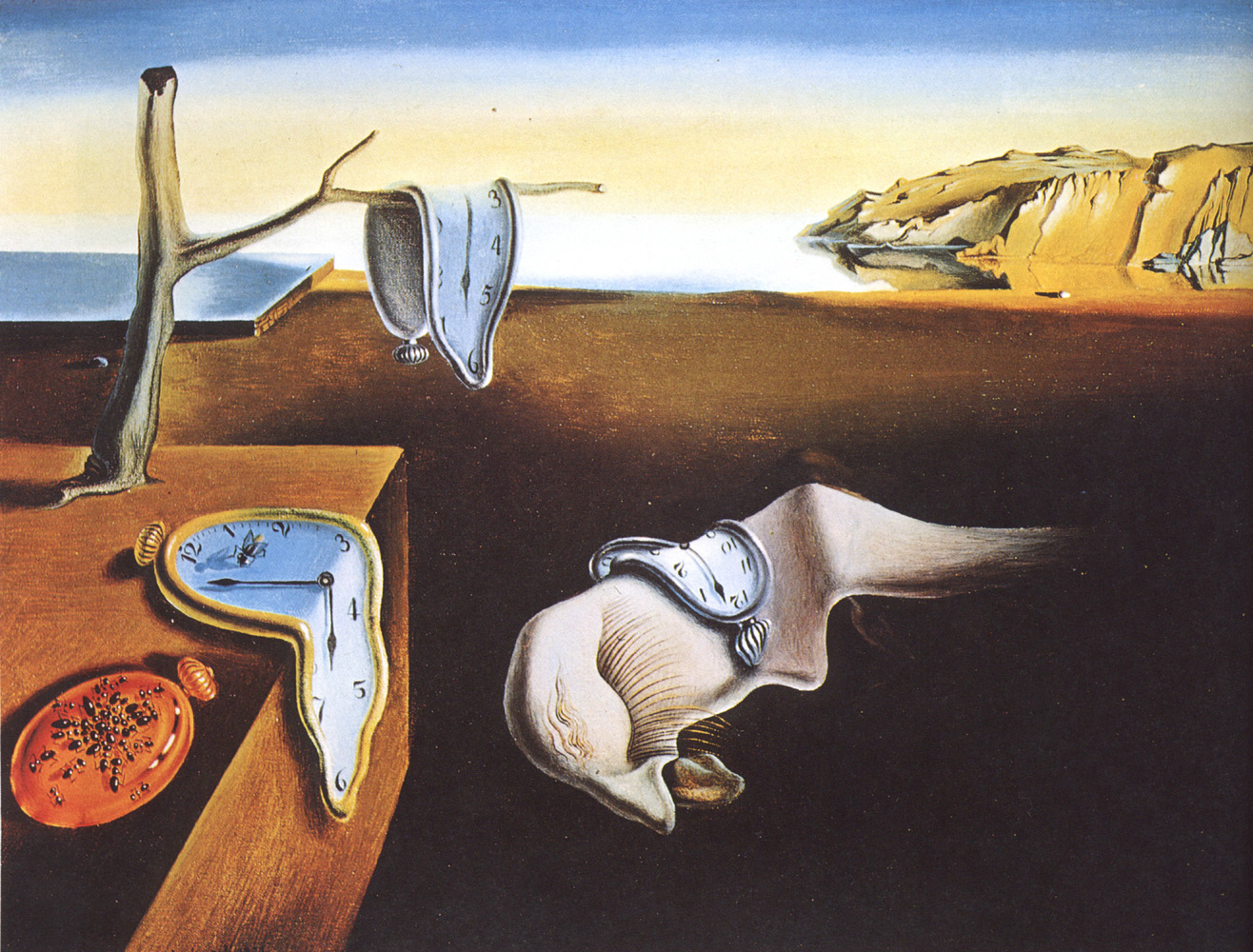 The Persistence of Memory by Dali

The face only a Surrealist could love

All in all the Surrealists were a pretty cool group of people who were in all likelihood on a lot of drugs. They made a huge impact on the art world, but they weren’t untouchable. When André Breton died in 1966, Surrealism was officially over. He was the only one who really understood the rules of the movement so without him everything just kind of fell apart. But the styles that were created during the movement influenced Abstract Expressionism, Pop Art, Conceptualism and many other forms of art. “Indeed, the Surrealist intent to liberate expressive form, to release the world of the subconscious, of dreams and nightmares, paranoia, suppressed eroticism, and the dark side of the mind, continues to fascinate the world almost a century after it was born, creating an enduring and ever-lasting legacy.” That, and you can’t really go back to boring landscapes once you’ve seen something as disturbing as Collective Invention by René Magritte.