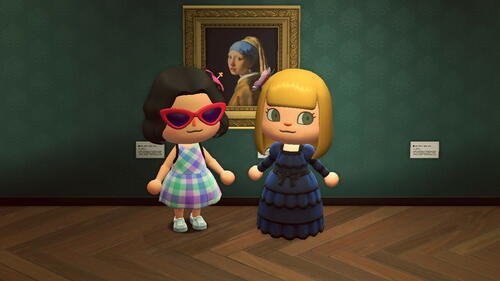 Animal Crossing is a peaceful escape into a world where tedious routine becomes fun and all your friends are adorable animals. Most of it is rooted in fantasy, but some of it is a bit too real, like being forever trapped in a cycle of massive debt for instance.

In an update of Animal Crossing: New Horizons, an art wing was added to the museum and with it the franchise’s sketchy art dealer. He’s a fox named Redd who visits you in a tiny boat that he keeps kind of hidden behind your island. As with every previous game, he will appear in your village at random with four art pieces and - most of the time - only one is real.

Some paintings don’t have forgeries so those are guaranteed buys, such as the ‘twinkling painting’ also known as The Starry Night. Others are super hard to spot when it's a fake. For instance: 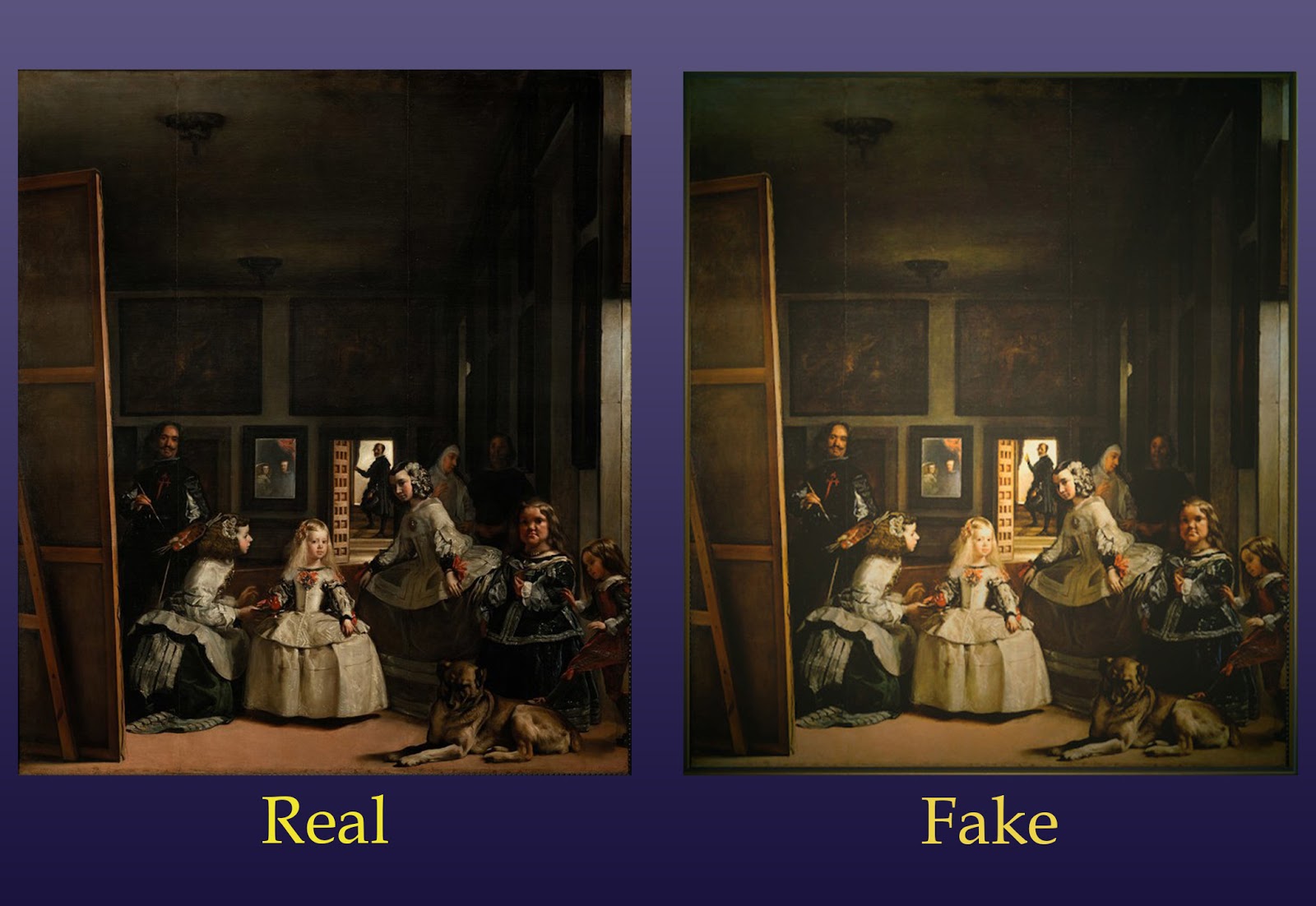 To spot the fake, look for the tiny hand in the back waving at you. 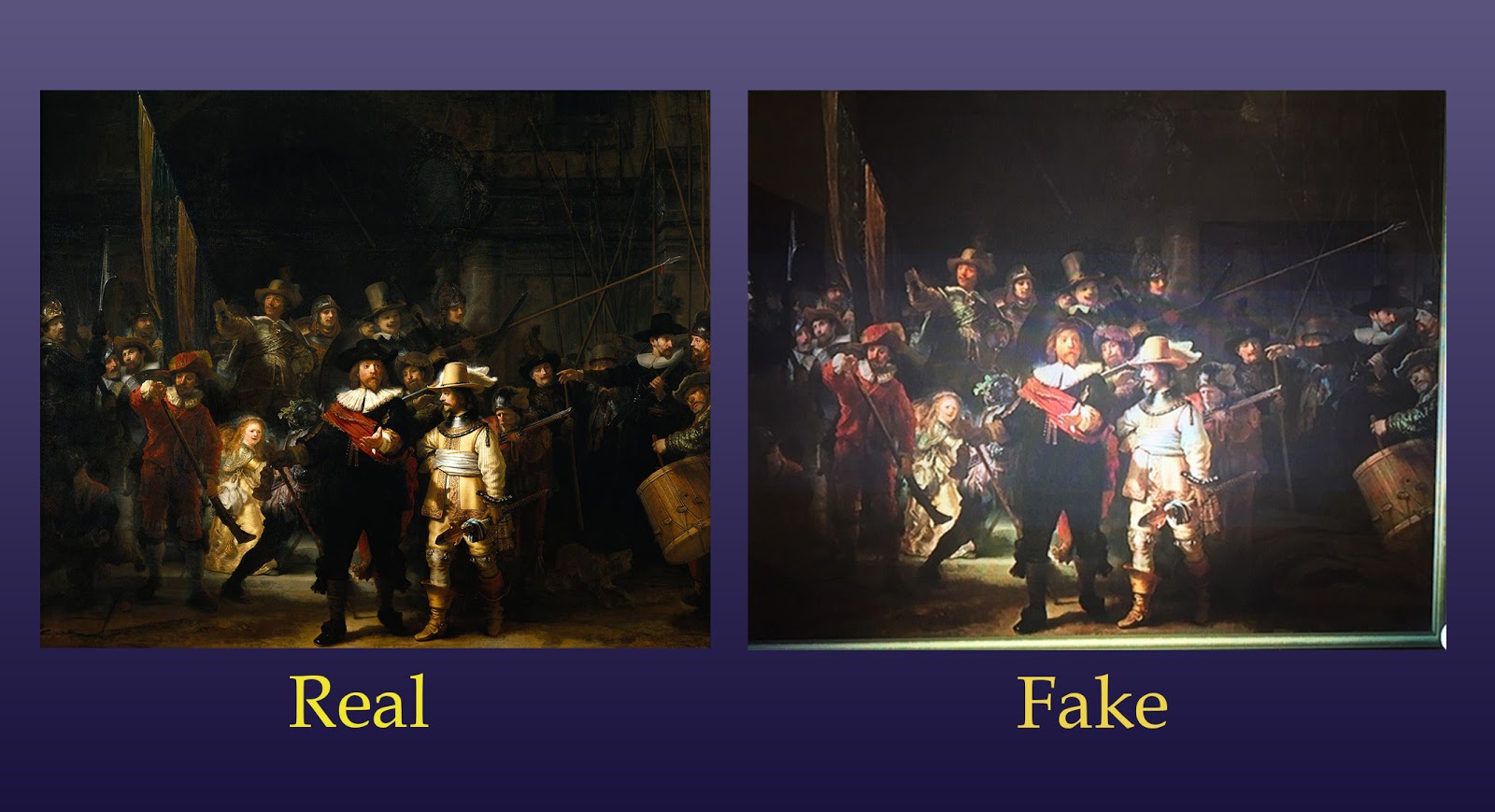 The Nightwatch by Rembrandt, in the Rijksmuseum (Image: Nintendo)

The ‘amazing painting’, as it is referred to in-game, is another subtle one, with a case of the missing hat. 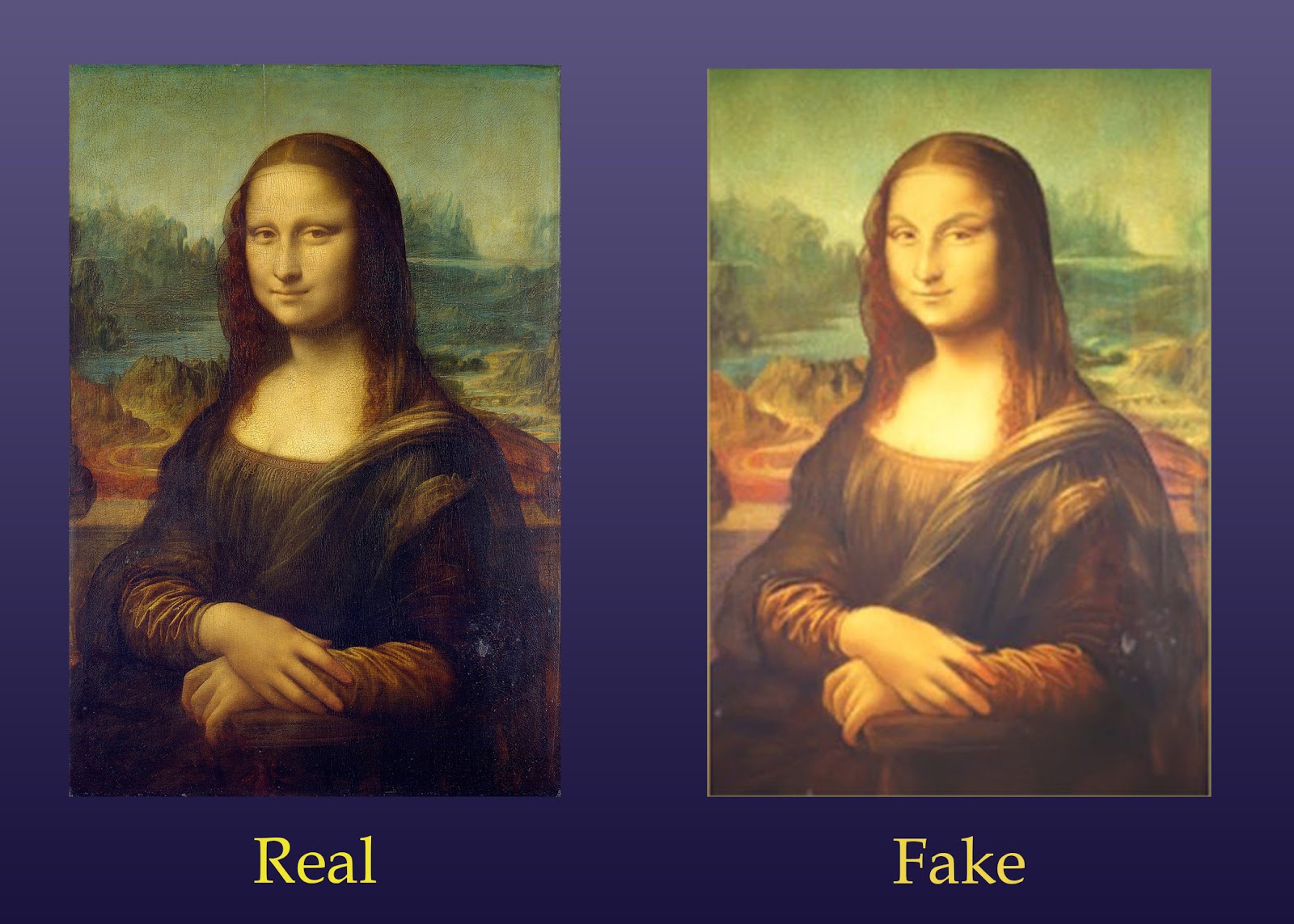 On the flip side, others switch out subtly for humor. If Mona Lisa’s eyebrows are judging you, it's fake. Might seem like an odd look for Mona Lisa, but her recreations have seen worse days, mostly in tattoo form. 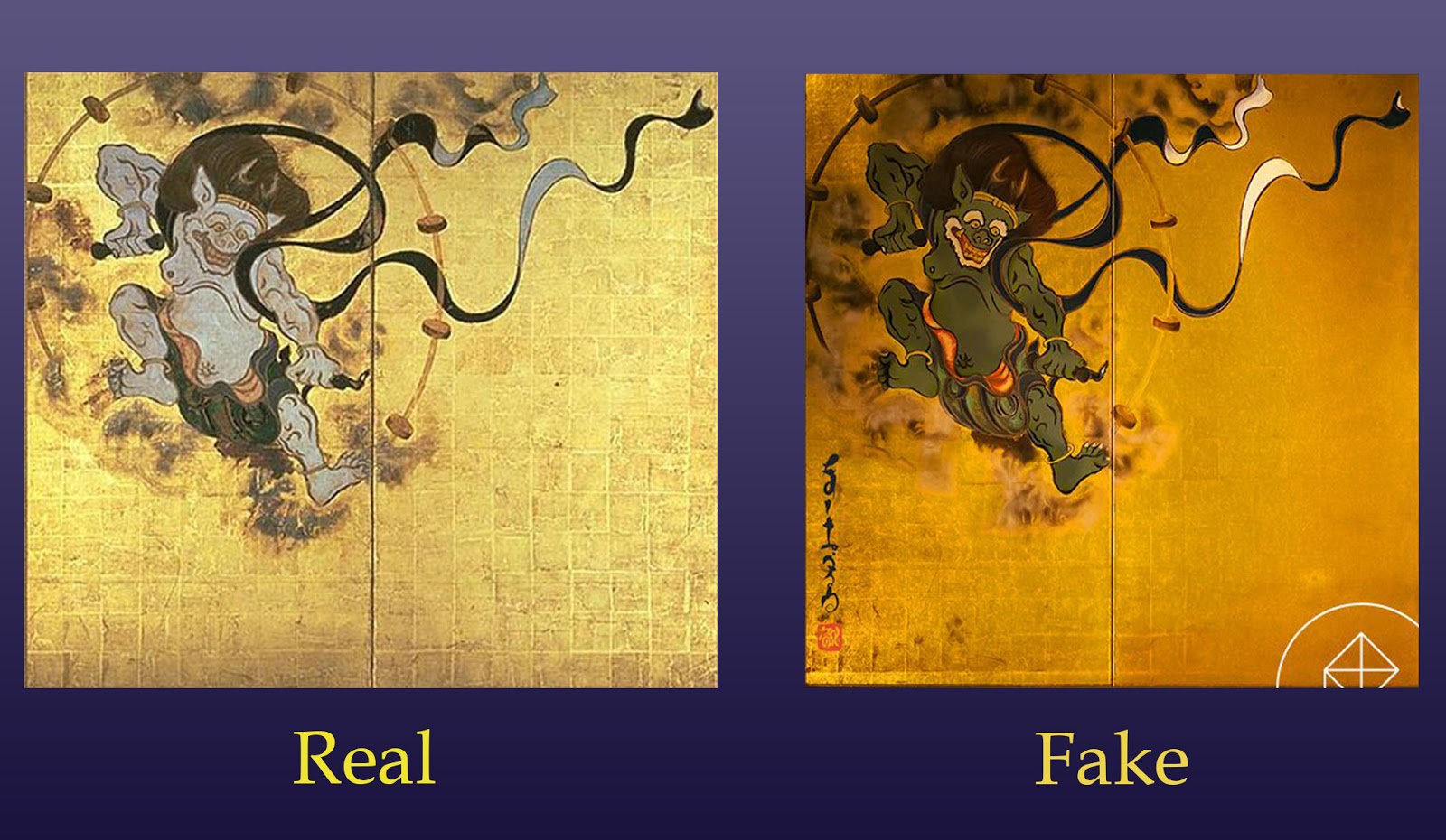 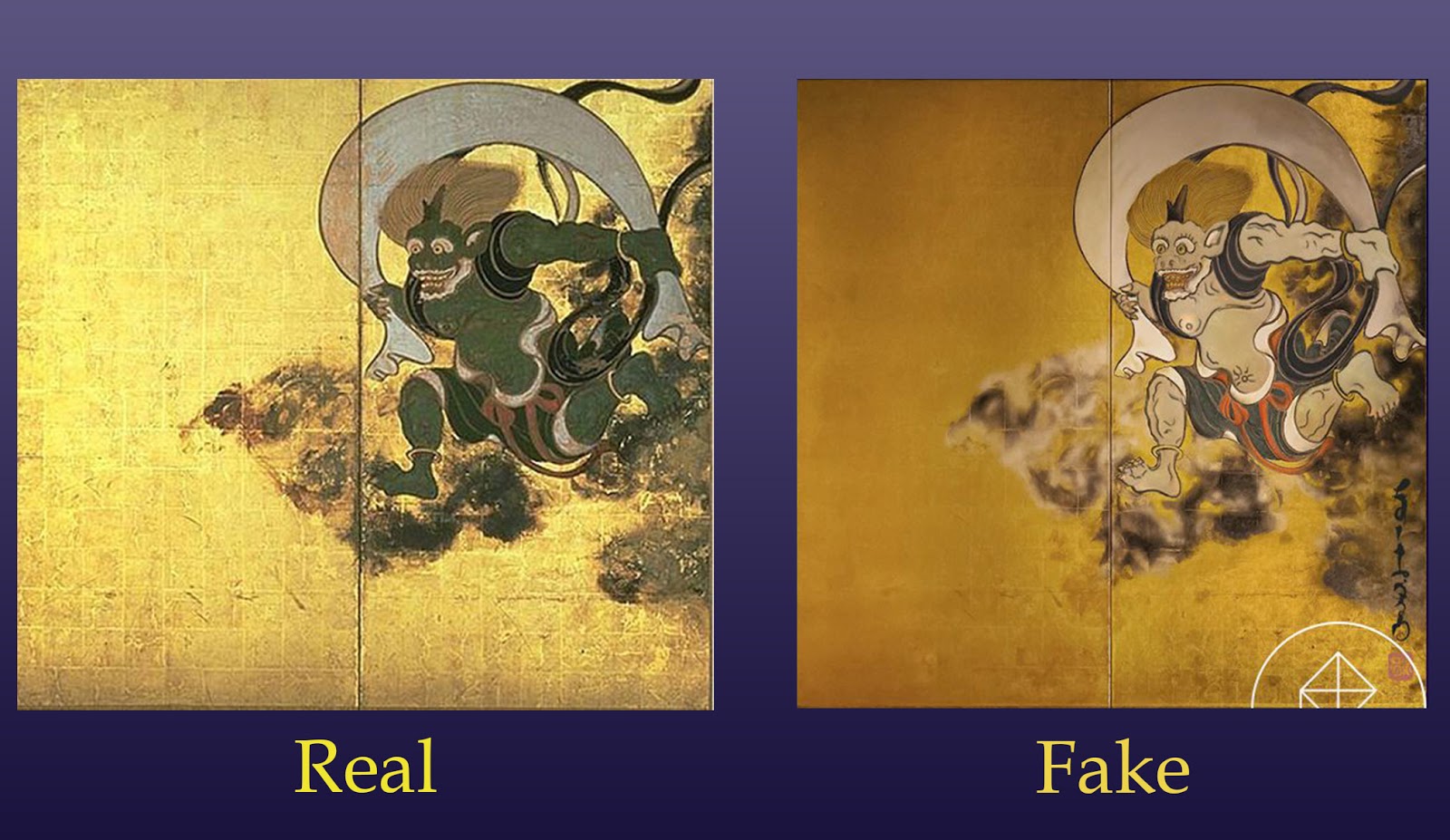 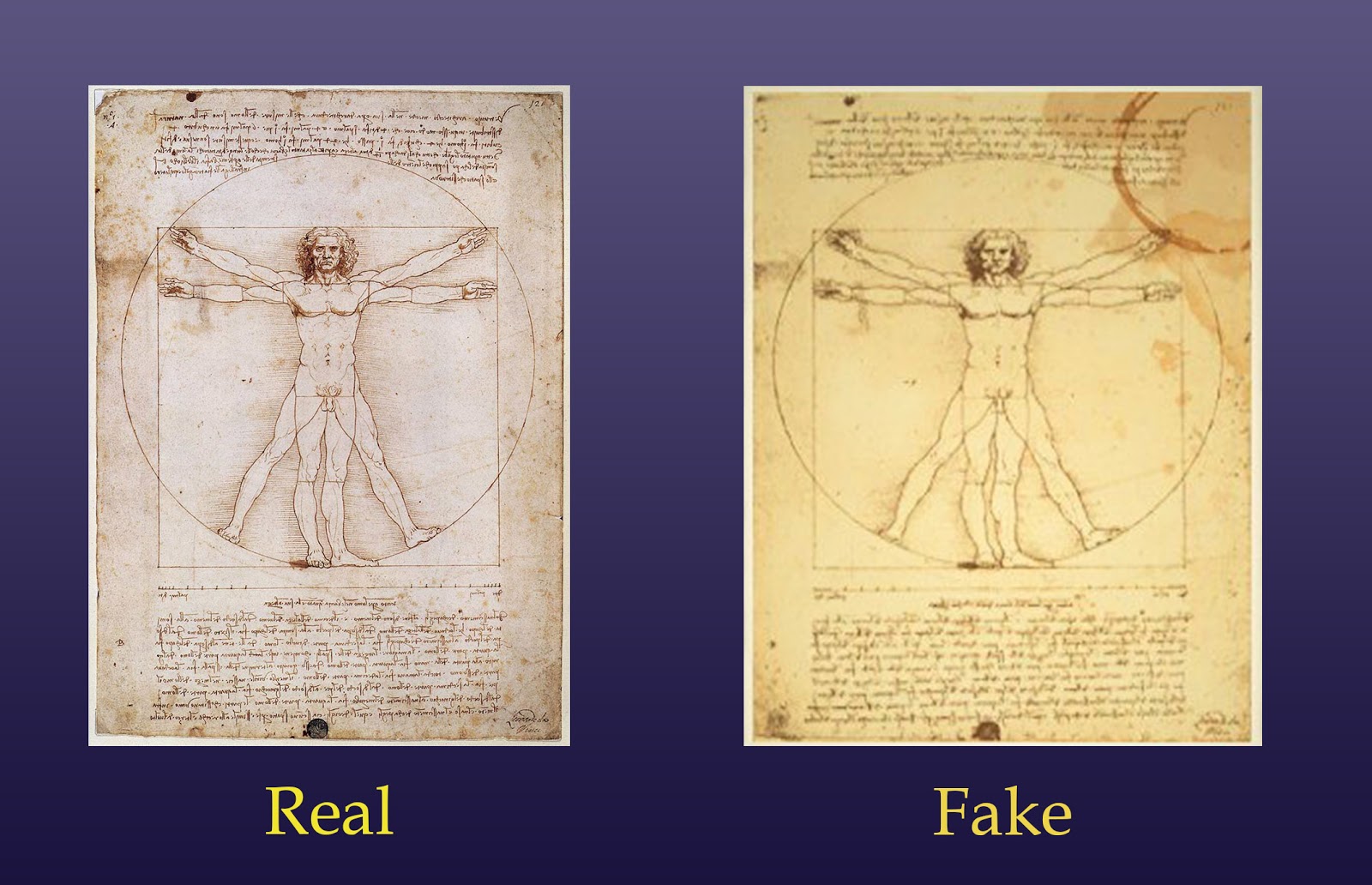 If you want to spot the fake Vitruvian Man, it's the one Da Vinci used as a coaster when too much coffee gave him the jitters. 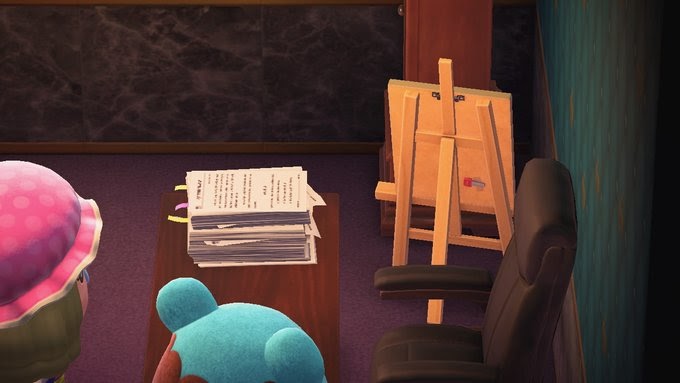 If you end up buying the fake Vitruvian Man, it has a key taped on the back on the canvas. So far there’s no confirmation that it will lead you on an exciting Da Vinci Code adventure, but we can dream. There's no in-game explanation though it's fun to speculate why sketchy Redd may have put it there. 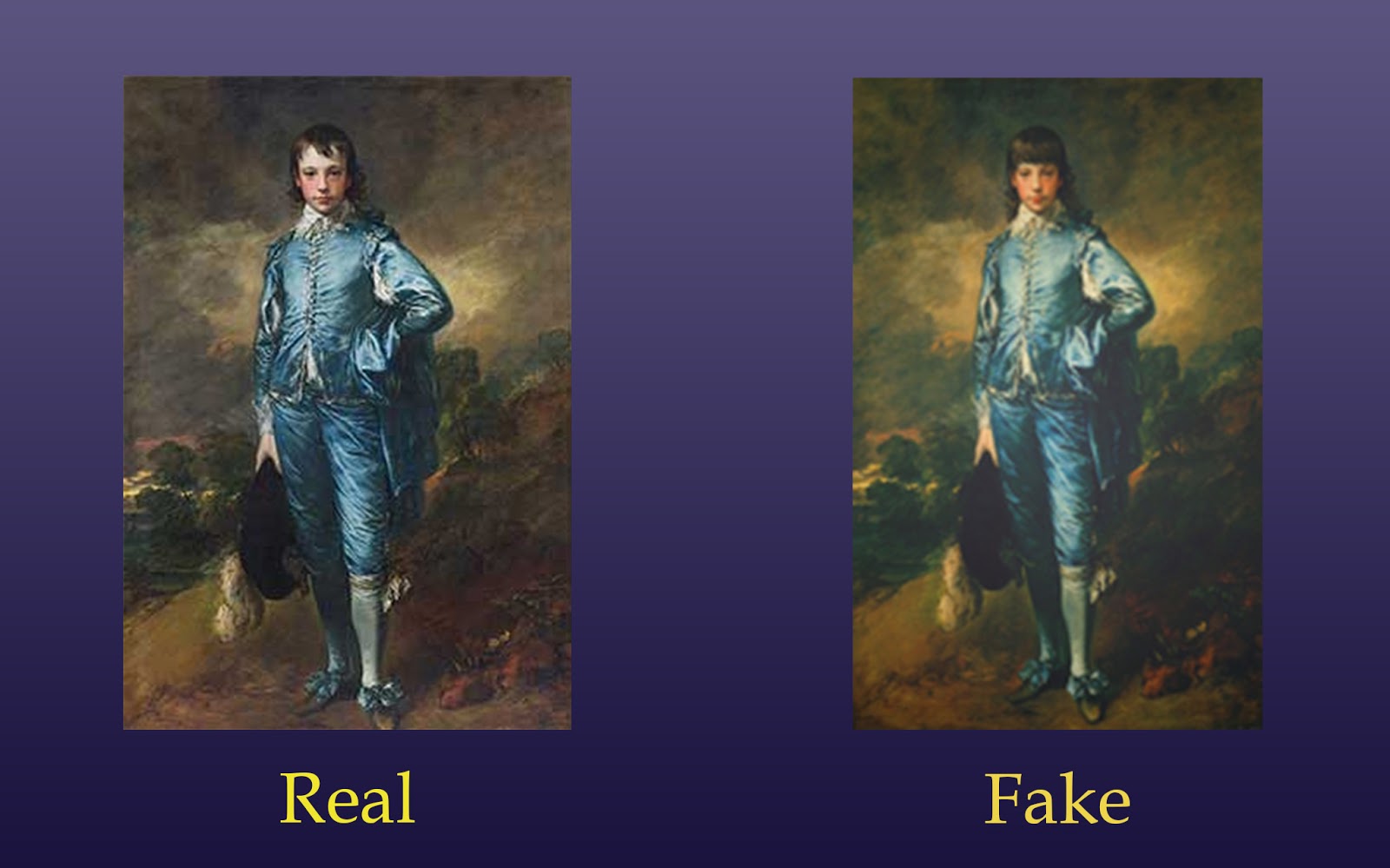 The Blue Boy by Thomas Gainsborough, in the Huntington Library (Image: Nintendo)

The Blue Boy forgery gives its titular character a bit of a makeover. Instead of his short, side-swept hair he gets some pretty luscious bangs. 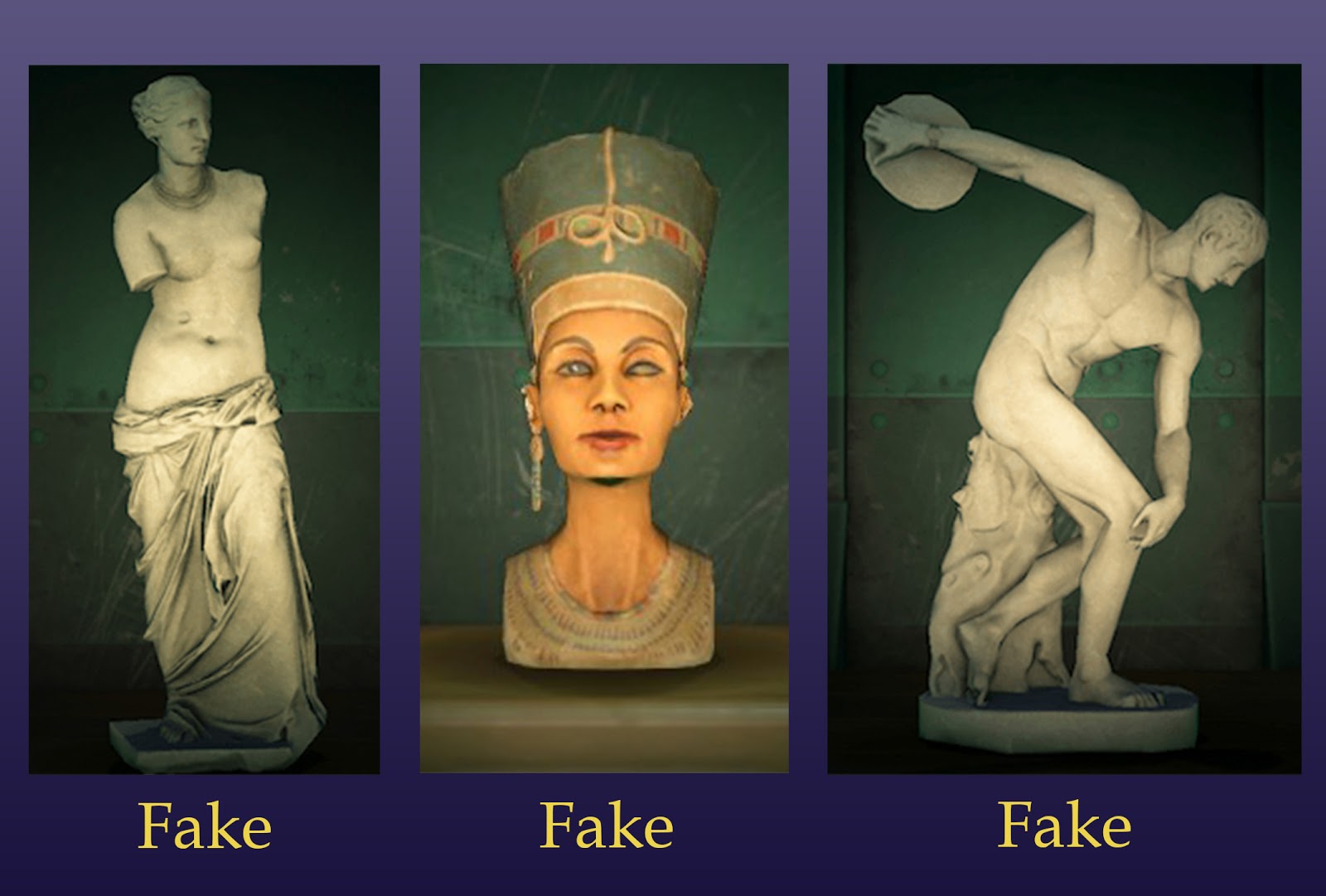 The statue forgeries are all fairly easy to spot, if they’ve been accessorizing they’re fake. As nice as it may look, Discobolus didn’t have a watch to check before his discus throw. Nefertiti was already fashionable enough without the added earring and Venus de Milo never had a necklace to distract from her missing arms.

Trying to inspect the pieces can be tricky and you have to be discerning if you want to complete your art wing of the museum in town. Blathers, the owl who runs the museum, will not accept any counterfeits and Redd isn’t big on refunds.

New Horizons did, arguably, introduce an awesome upside to buying counterfeits. Unless you don’t like haunted paintings, then it’s just nightmare fuel. 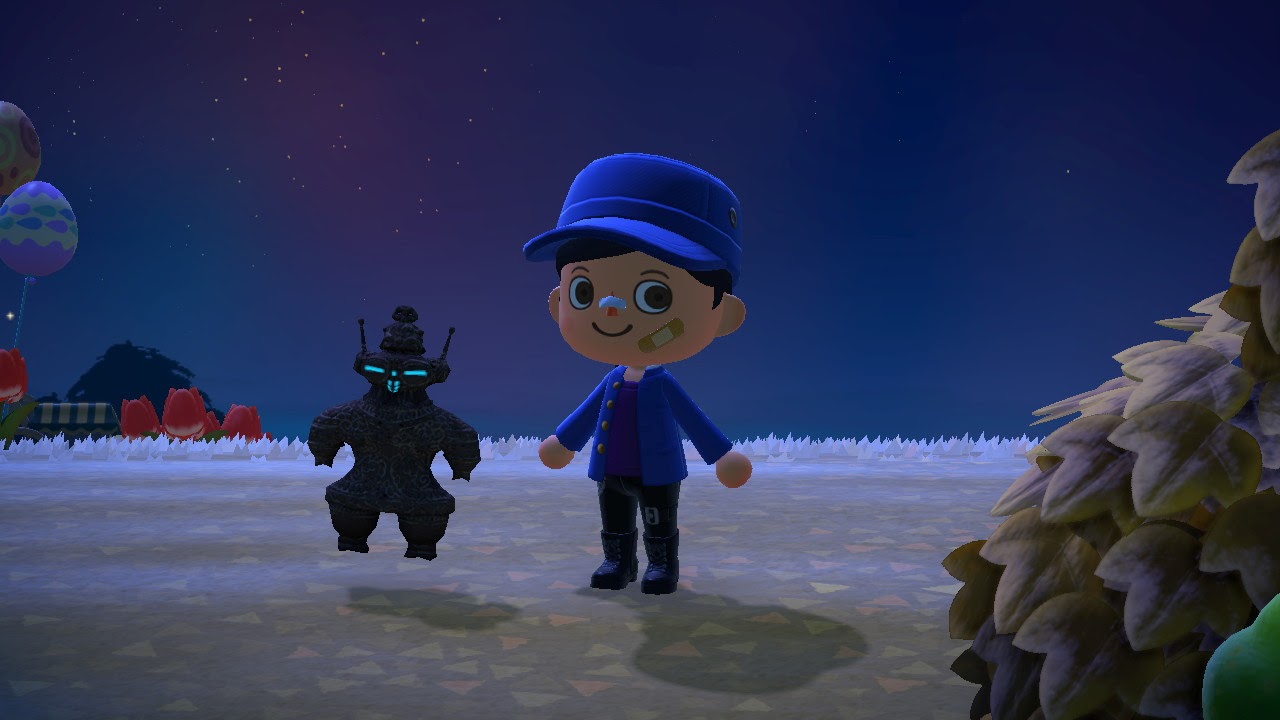 Take Jōmon Period "Dogū" Figurine Shakōki-dogū, the fake one has two antennas and its goggle eyes glow as it floats into the air. Maybe not so haunted and more being phoned home by the mothership. Apparently this particular type of statue from the Jōmon Period has been the focus of some pseudo-archaeology. It’s been theorized, not credibly at all, that these statues were actually made and left behind by aliens thousands of years ago. Perhaps the creators of Animal Crossing: New Horizons were aware of this and wanted to parody the theory. 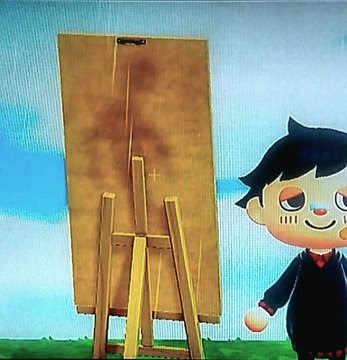 ‘Graceful painting’/Beauty Looking Back is a bit more unsettling. The forgery has a ghost-like imprint on the back. It’s arguably the spookiest of the haunted forgeries.

Unless you find Girl With a Pearl Earring closing her eyes at sunset more unsettling. The original title of Beauty Looking Back, Mikaeri-bijin, evolved into a Japanese phrase meaning a woman who looks beautiful from behind, but unappealing up close. Animal Crossing: New Horizons played off this, up close the pretty forgery is actually an evil spirit likely to haunt your adorable in-game home.

None of the works are based on any potential real-life haunted paintings, that we know of anyway. It’s a touch of irony that Liberty Leading the People is in the game but doesn’t have a counterfeit/maybe haunted version, considering it may have been painted with some mummy ashes. To be fair, blinking paintings and floating statues are a lot more fun than the actual stories behind supposedly cursed paintings. For some of us, an interaction with a scorpion at night in the game is spooky enough.

The Rosetta Stone is basically a gimme for spotting the forgery, instead of being a normal stone color it’s bright blue. But the difference goes one step further at sunset when the forgery glows in the dark. One of the two scientists credited with translating the Rosetta Stone, Thomas Young, was best known for his work on the study of light. It’s possible someone on the game’s staff snuck in this obscure reference or they just thought it would look pretty glowing like a moonstone, both are valid.

If you want to avoid the guessing game or hauntings all together you can still decorate with beautiful art by borrowing from the Metropolitan Museum of Art or the Getty. Both museums have opened their collections to Animal Crossing compatibility so you can download your favorite pieces using QR codes. Or if you prefer the real world to the digital, you can always turn your actual home into a museum.

This is actually very helpful!! Redd keeps outsmarting me

Whoever's idea this was on the development team, they deserve a portrait. That doesn't look anything like them cause I've wasted so much money.

In all seriousness, I like that there was this much detail put into such a good game. This is a good comparison as well! Would OP be willing to post a cool pic of her museum?

Ugh it's taken me months of time traveling and my museum still isn't even half full!

I'm still waiting for Redd to bring me some decent artwork!