Peter Paul Rubens had a thing for the more portly patrons of the world, so it is probably a good thing he got famous when he did.

Nowadays our culture is not too kind to those with...a more rotund physique. But then again, when you're a god I think you can get away with almost anything and still be revered. Especially if you're the god of excess.

Bacchus was the Roman god of wine and intoxication, aka, an alcoholic with a real penchant for partying. Bacchanalia, the Roman festival for Bacchus, was a favorite subject of Rubens and appeared in many pieces in his portfolio. Rubens saw this deity as a perfect representation of the cyclical process of life and death. Or he really liked to hit the bottle. All we know is that no one commissioned Rubens to make this piece, and he kept it for himself to gaze at in his studio until he died

Historically, Bacchus is often depicted as a slender, sexy and youthful bro, but clearly Rubens made some enhancements, to put it nicely. I guess Rubens knew alcohol can make you flaccid in multiple senses of the word. In this painting, Bacchus DGAF, which is probably for the best given the state of his cellulite-ridden body. And all this time I thought it was beer that gave people the jellyrolls.

He sits on his wine barrel throne while he pins a tiger to the ground, which leads me to believe either that Bacchus is one dominant dude or he force fed his pet too much booze. The children have also gotten a taste for the sauce and have quickly learned that what goes in must come out. Additionally, as if this painting was not already bordering on blatant depravity, there is a glorious nip slip to tie all the shenanigans together.

In my short time on earth, I have come to learn that wine is the elixir of cultured as well as the number one ingredient in your typical hangover. My experiences feeling like death after knocking back a few bottles of red leave me wondering...can the god of wine get hung over?

Here is what Wikipedia says about Bacchus (Rubens)

Bacchus is a 1638-1640 oil painting of Bacchus by Peter Paul Rubens, now in the Hermitage Museum, in Saint Petersburg, for which it was purchased in 1772. It was originally on a panel support but was transferred to canvas in 1891 by A. Sidorov. An autograph copy of the work is now in the Uffizi in Florence.

The composition of Bacchus seated on a barrel of wine surrounded by a satyr, a woman and two putti draws on a similar one on the fountain painted by Hans Vredeman de Vries, whilst the head of Bacchus in Rubens' work is thought to have been based on a marble bust of Vitellius. It also draws on Mantegna's Bacchanalia (a work of which Rubens made a copy, now in the Louvre), Hans Baldung Grun's drawing of Bacchus and Titian's The Bacchanal of the Andrians, now in the Prado.

One of the few paintings still in the artist's studio on his death, it was left to his nephew Philip Rubens, who sold it to Prince Richelieu. It then passed to the Crozat collection and from there to the Hermitage.

Check out the full Wikipedia article about Bacchus (Rubens)

Bacchus is mentioned on our blog - 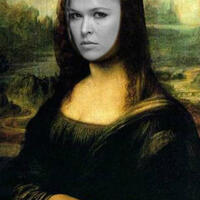