Harajuku Girls You Got The Wicked Style 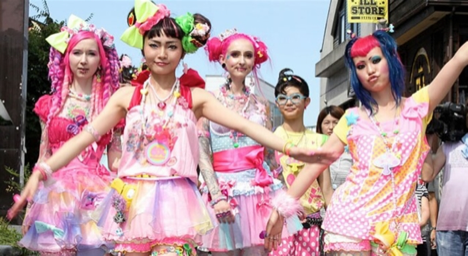 The Honolulu Museum of Art has given the local fashion scene a much needed breath of fresh air from the usual aloha print and straw hipster fedoras for an odyssey through the bold yet enigmatic subculture of Tokyo street fashion.  The exhibit has become the social event of the season, attracting aspiring fashionistas in full Harajuku dress, and even celebrity guests. 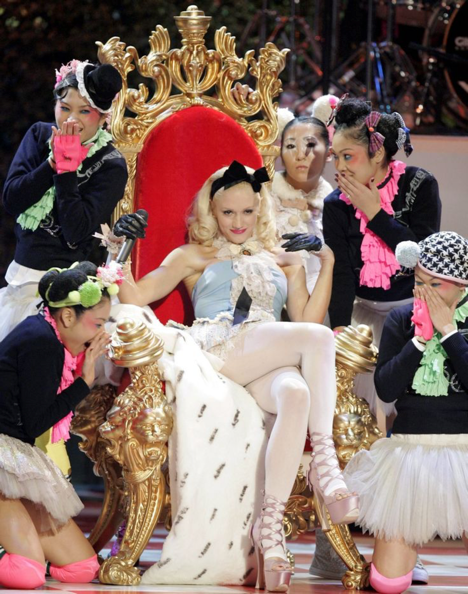 No, not those Harajuku girls.  Relax Gwen Stefani, nobody’s trying to steal your act…I’ll leave the cultural appropriation to the professionals. 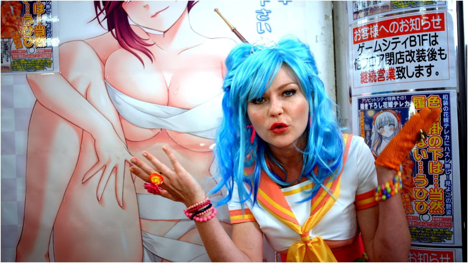 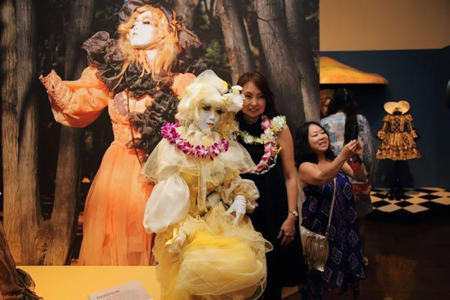 Above: Underground fashion superstar Minori makes an appearance at the opening in an outfit that would even make Effie Trinket think twice.  Originally posted @fashiontribe.

In fact, the exhibit gives the impression of a department store in the Hunger Games Capitol, complete with video technology, J-pop soundtrack, and imaginative installation tricks to create an immersive fantasy environment that assaults the senses.  David Bowie would have approved.

If we’ve learned anything from Isamu Noguchi and Yayoi Kusama, it’s that the Japanese have a peculiar genius for blending the elegant with the outrageous. 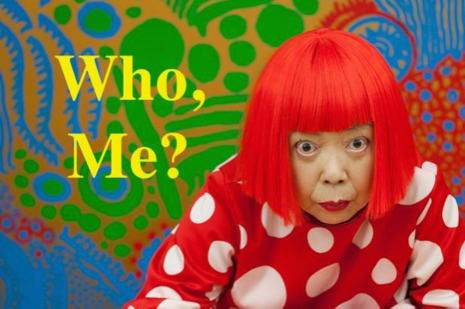 Queen of the Avant-garde Yayoi Kasuma.

It is therefore perhaps unsurprising that Tokyo street fashion, a living art form that cross-references everything from Kabuki and Geisha to Marie Antoinette and Lolita, is replete with homages to art history.  It is likely this combination of East and West, ancient and modern, traditional and subversive that has catapulted Harajuku fashion from the backstreets of Tokyo to the runways of Paris.  Here are a few of our favorites from the exhibit: 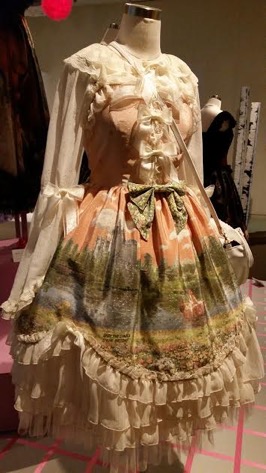 The fashion house Baby, The Stars Shine Bright specializes in ultra-feminine fantasy dresses.  This piece makes clever use of John William Waterhouse in the skirt textile. 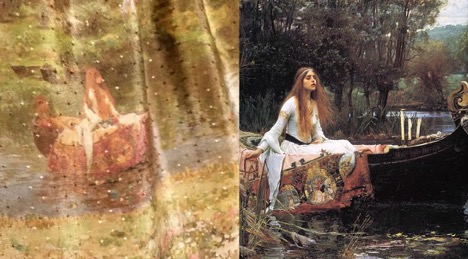 Detail from Baby, The Stars Shine Bright dress (left). The Lady of Shalott by John William Waterhouse at the Tate Britain. 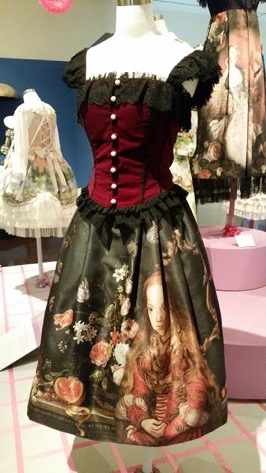 Lucas Cranach the Elder pops up in this dress. 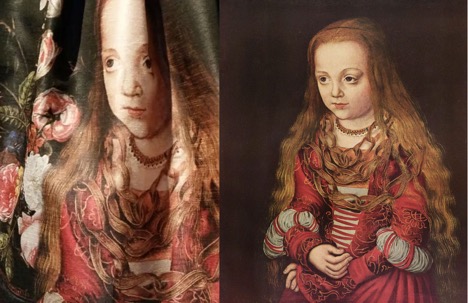 Detail from Juliette et Justine dress (left).  Portrait of a Saxon Princess by Lucas Cranach the Elder, at the National Gallery of Art, Washington DC. 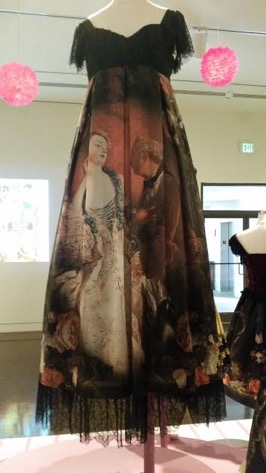 We couldn’t find an exact match for the image on this dress, but it recalls this painting by Francois Boucher, a favorite artist of Juliette et Justine. 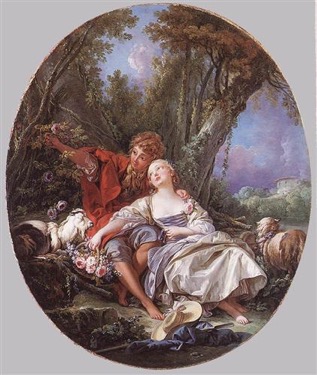 Shepherd and Shepherdess reposing by Francois Boucher, in the Wallace Collection, London. 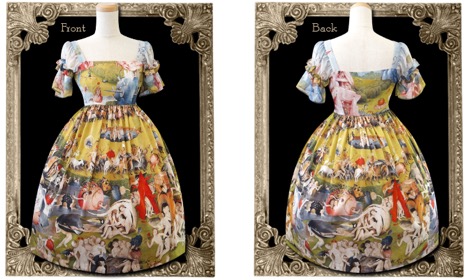 This piece isn’t in the show, but this Garden of Earthly Delights Lolita dress is too amazing not to include.  From Juliette et Justine. 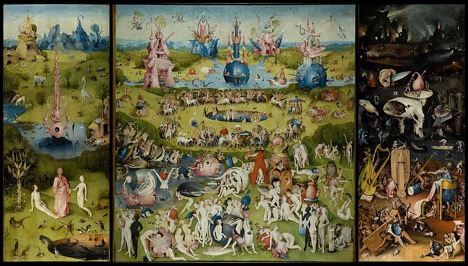 Garden of Earthly Delights by Hieronymus Bosch, at the Prado National Museum, Madrid. 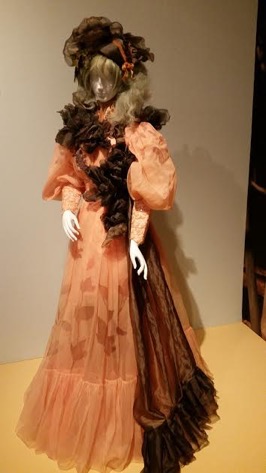 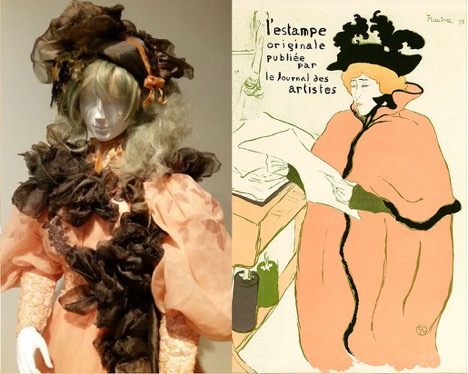 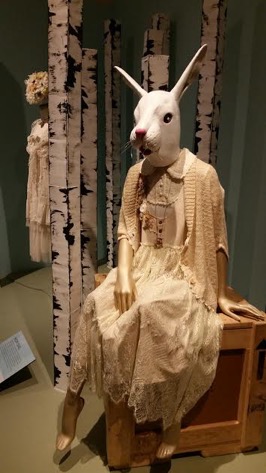 The curators got fanciful (and a little terrifying) with the installation, as you can see from this Henri Fuseli-esque Alice in Wonderland nightmare, an example of the “Mori Girl” subculture of Tokyo street fashion.  Mori Girl is basically a woodland nymph aesthetic, but the addition of the animal head has an element of Kimo-Kawaii, translating roughly to creepy/cute. 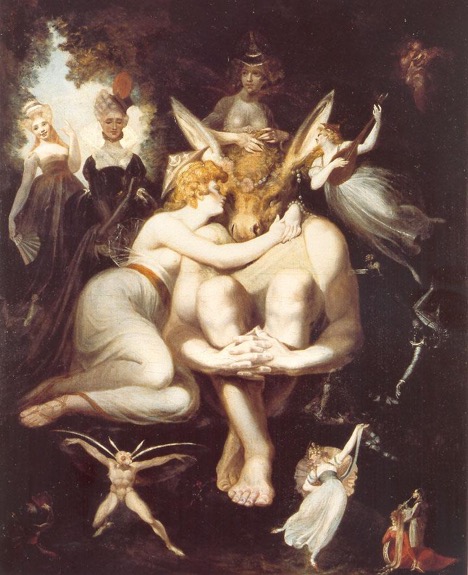 Fuseli proves that he was the original Mori Girl/Kimo-Kawaii with some good old-fashioned forest bestiality in Titania Embraces Bottom, from A Midsummer Night’s Dream.

So, don’t miss Harajuku: Tokyo Street Fashion, on view at the Honolulu Museum of Art through April 3, 2016.

While you’re there, hop over to the next gallery to take a picture with Rodin’s The Thinker, which the museum wisely installed with a designated selfie spot. 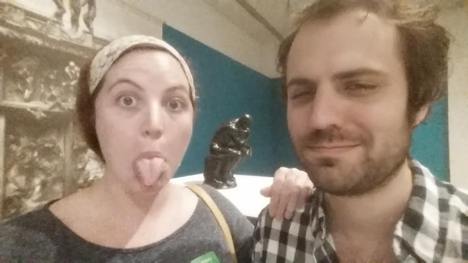 This is what my face does when Sarah forces me to pose for selfies.

Don’t forget to check out some of our other favorites, like Whistler’s Arrangement in Black.

Hawaiian Airlines is sponsoring the exhibition, so if you join the scores of fashion pilgrims flocking to the Harajuku exhibit from both Asia and the US mainland, be sure to fly Hawaiian.  Hawaiian has amazing service, and is also one of the few airlines which still offers a free cocktail and roomy seats. Swear this isn’t a paid sponsored post. Though, if they would like to we’d be happy to talk *ahem*. 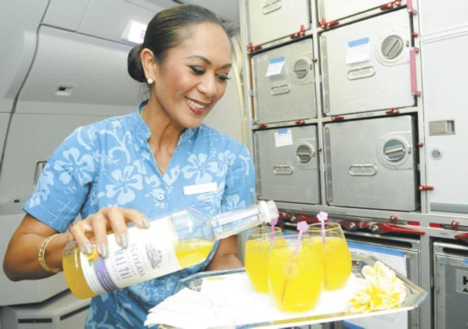