Good News from the Fine Arts Museums of San Francisco

Last week, Sartle was invited to the Director’s Breakfast at the de Young Museum in Golden Gate Park, held in celebration of Thomas P. Campbell’s first year as director and CEO of the umbrella organization that oversees the de Young and the Legion of Honor. They gave us the scoop about upcoming events, but also shared some exciting news about their latest efforts to better serve their community.

Campbell spoke candidly about the pressure museums are under from various forces, from the politics of patrimony to the consuming, attention-diminishing powers of technology. Museums across the world are being forced to grapple with the question of what the role of an art museum in contemporary society should be. Campbell believes, as he eloquently phrased it, that art museums are “engines of empathy,” and as such, are essential in this time of polarization, identity politics, globalization, and existential peril. Perhaps now more than ever museums need to be accessible to people of all ages, incomes, and identities.

All of this is why the museum has decided to extend free admission on Saturdays to residents of all nine Bay Area counties! Starting on October 19, 2019, general admission to the Legion of Honor and the de Young will be free on Saturdays to those who live in Alameda, Contra Costa, Marin, Napa, San Francisco, San Mateo, Santa Clara, Solano, and Sonoma counties. (Just be sure to bring a photo ID or postmarked envelope with your home address when you go.) This is all thanks to a generous gift by Diane B. Wilsey, Chair Emerita of the Board of Trustees.

Furthermore, the museum is pleased to be unveiling a number of new internships for high school students that will be paid. Yes, paid, and with real money! And they are taking steps to make more paid internships in the future. The fact that most museum internships are unpaid has forced only people of a certain economic bracket to be able to take them, thus perpetuating elitism in the art world. It seems this venerable institution, now in its 125th year, is making some serious strides for equality and accessibility.

The Fine Arts Museums also announced their upcoming 2020 special exhibitions, many of which have unique connections to San Francisco, and all of which further cement FAMSF’s reputation as a world-class art institution. There’s a lot of excitement brewing about these shows, so if you’ll be in San Francisco any time in the next year, there’s sure to be something worth seeing. 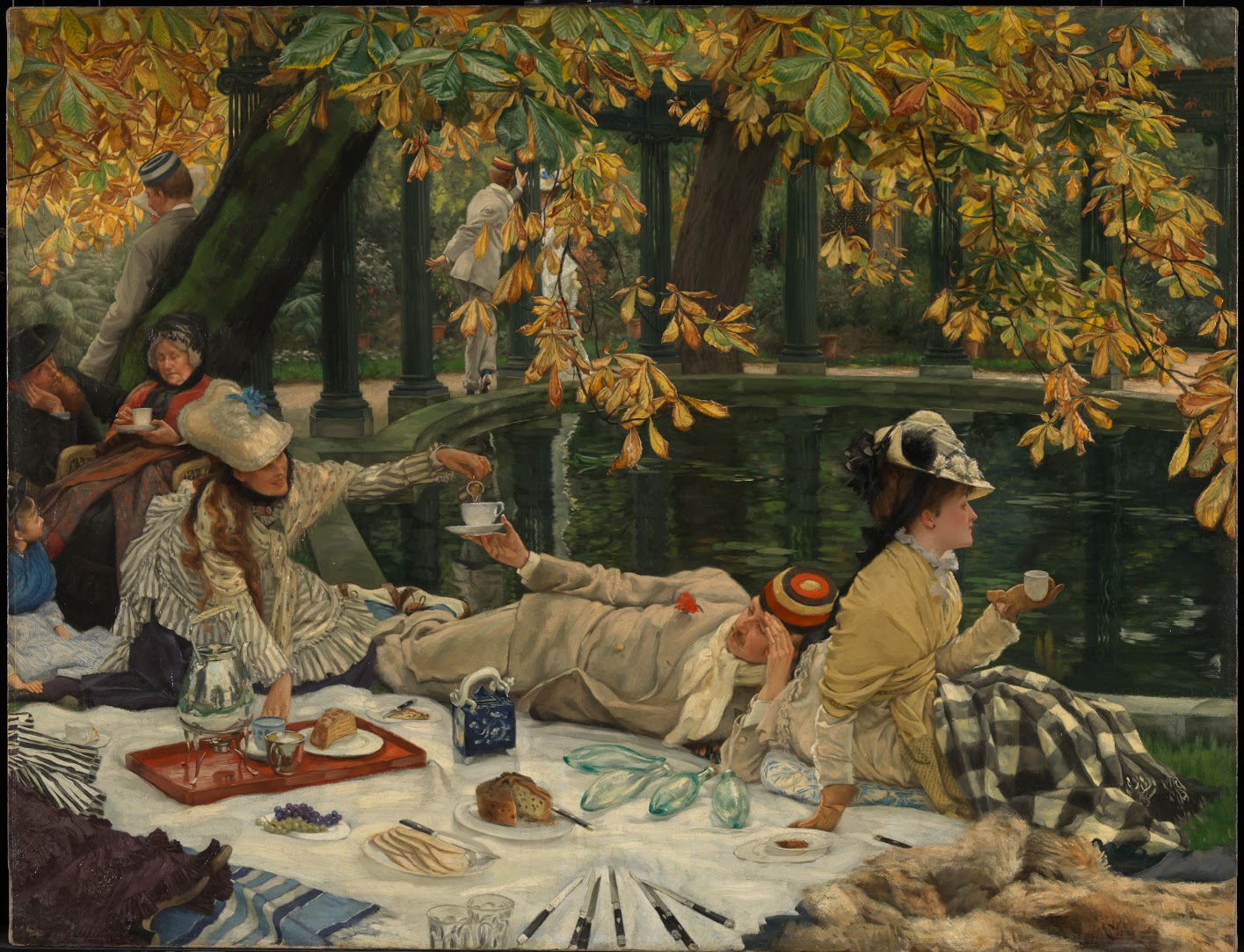 Put on in conjunction with the Musée d'Orsay, this lavish exhibition is the first in the United States in over twenty years to cover the 19th century society painter James Tissot. Boasting fresh scholarship and a full reassessment of his work, this exhibit features over seventy drawings, paintings, and objets d’art that operate as a fantastic lens into Belle Époque society and the artist’s own extraordinary, unconventional life. There will certainly be paintings of debutantes wearing decadent dresses, but there will also be séances and spiritualism, and deeply religious works, too. An artist who can’t quite be placed among the Impressionists (despite his friendship with Degas), but who doesn’t fit squarely into any other art movement, Tissot is thoroughly deserving of the nuanced, fresh take Melissa Buron and her fellow curators have no doubt prepared.

If you can’t make it to San Francisco, you can read all about it in the sumptuous exhibition catalog. 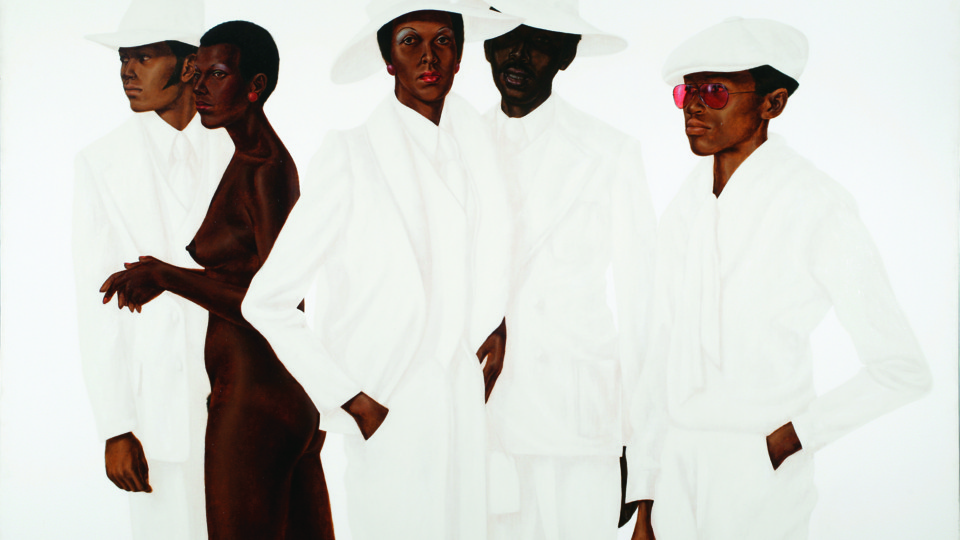 Organized by Tate Modern, this internationally celebrated show promises to be powerful, provocative, and relevant. This exhibit features over 150 works of art by African American artists made between 1963 and 1983, a turbulent time which saw the height of the Civil Rights and Black Power movements. Over sixty artists will be represented, including Faith Ringgold, Romare Bearden, David Hammons, Elizabeth Catlett, and Barkley L. Hendricks, and in the De Young’s version of the exhibit, works with close ties to the San Francisco Bay Area will also be included. Long marginalized, the artists on display worked to give a voice to the African American community, promoting self-determination and empowerment for their brethren, and often drawing upon European aesthetic traditions only to subvert them. Giving a thorough, timely analysis of an important part of the American experience, this exhibit will be an absolute must-see.

You can find the exhibition catalog here if you can’t make the trip. 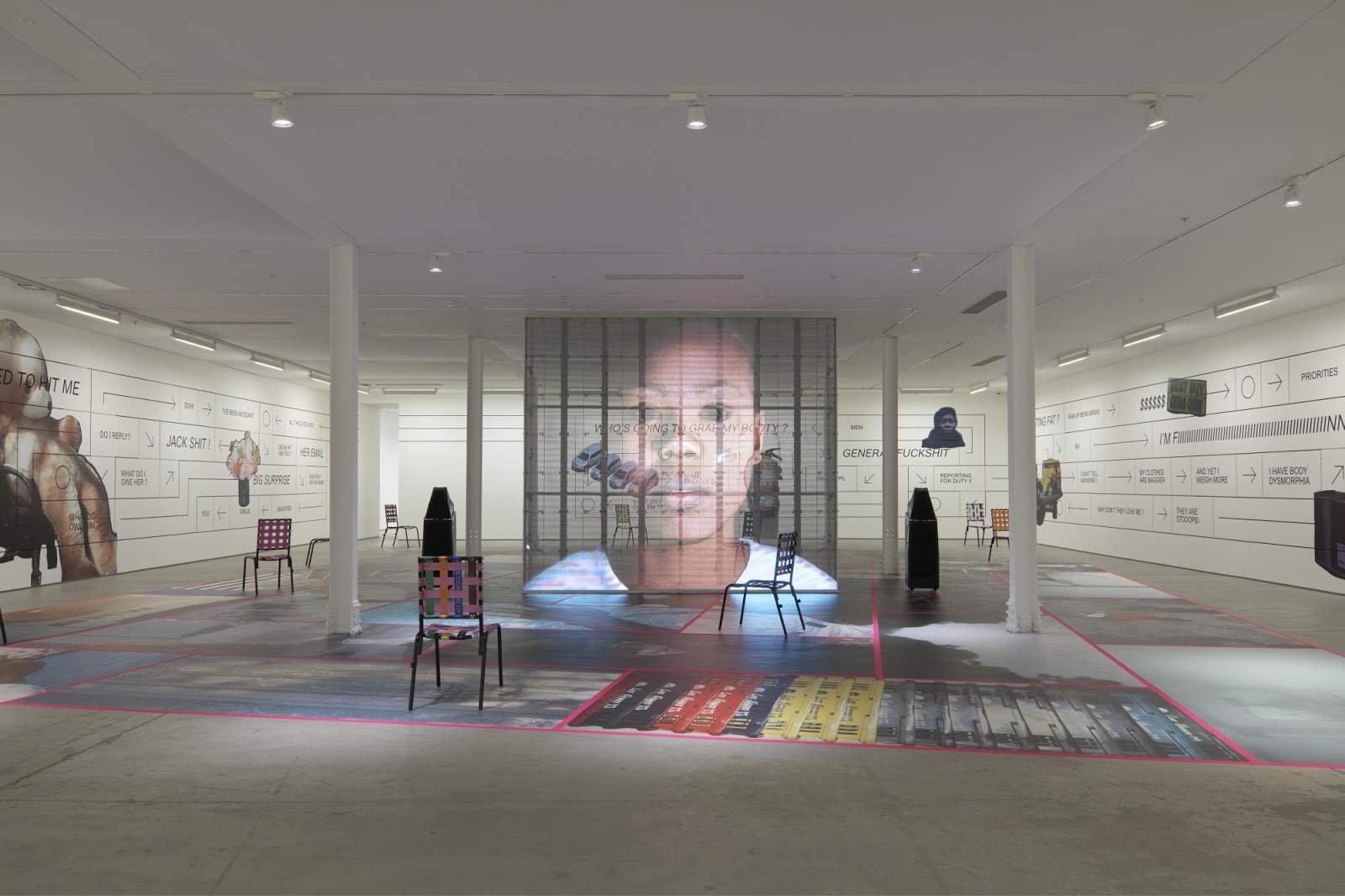 The de Young will be the exclusive venue of this groundbreaking new exhibition, the first ever in the United States to consider Artificial Intelligence as something other (and more) than just a tool. Examining the way our behavioral patterns are shaped by AI, and questioning what it even means to be human as technological innovations change our identities and societies, this show is urgently needed, particularly in the Silicon Valley area. It brings together the works of contemporary artists like Ian Cheng, Martine Syms, Stephanie Dinkins, Lynn Hershman Leeson, Hito Steyerl, and Trevor Paglen, and also explores AI’s master-slave dialectic and the myth of technological neutrality. So please, Tech companies, PLEASE bring your employees to this exhibit for a field trip. The question is not whether you can afford to go, but whether you can afford not to. 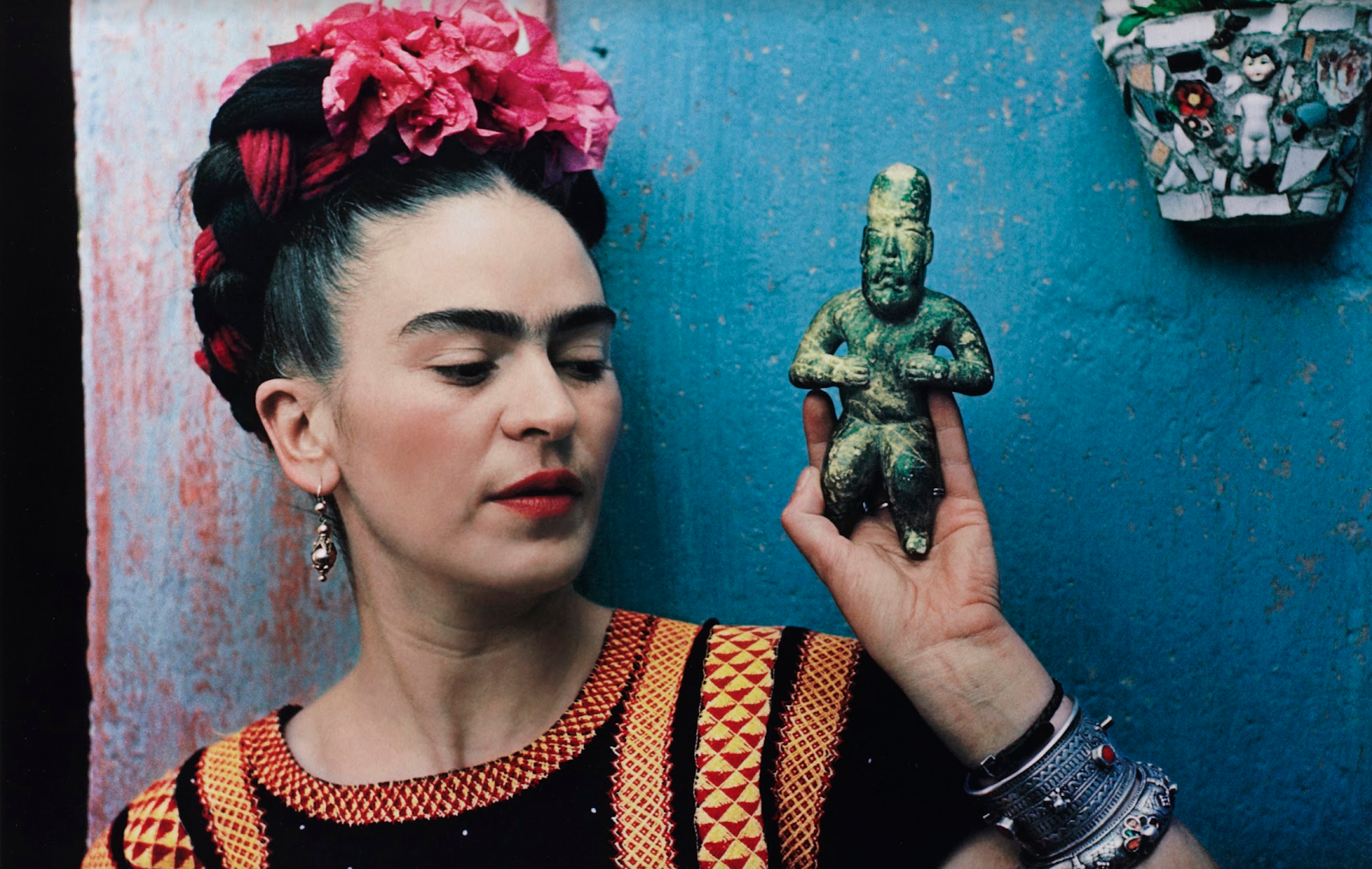 In the last few decades, Frida Kahlo has transcended artist and celebrity status and truly become an icon, her image instantly recognizable, heavily reproduced, and everywhere adored. And yet, the Frida underneath it all is continually full of surprises. This new show brings together a variety of her intensely intimate paintings as well as personal items that had been sealed away in her home, La Casa Azul, now Museo Frida Kahlo, until 2004. It will also highlight her connections to San Francisco--where she depicted herself in her Tehuana-inspired attire for the first time, and where she married Diego Rivera for the second time. Viewers can expect to see intimate photographs, clothing and jewelry, and even her orthopedic corsets, which she wore every day to hold her spine in place and which she decorated herself, often with revolutionary and reproductive imagery. The exhibit will offer a glimpse into the ways politics, gender, sexuality, trauma, and heritage affected her creative output. All signs point to this show being colorful, intimate, and very, very popular. 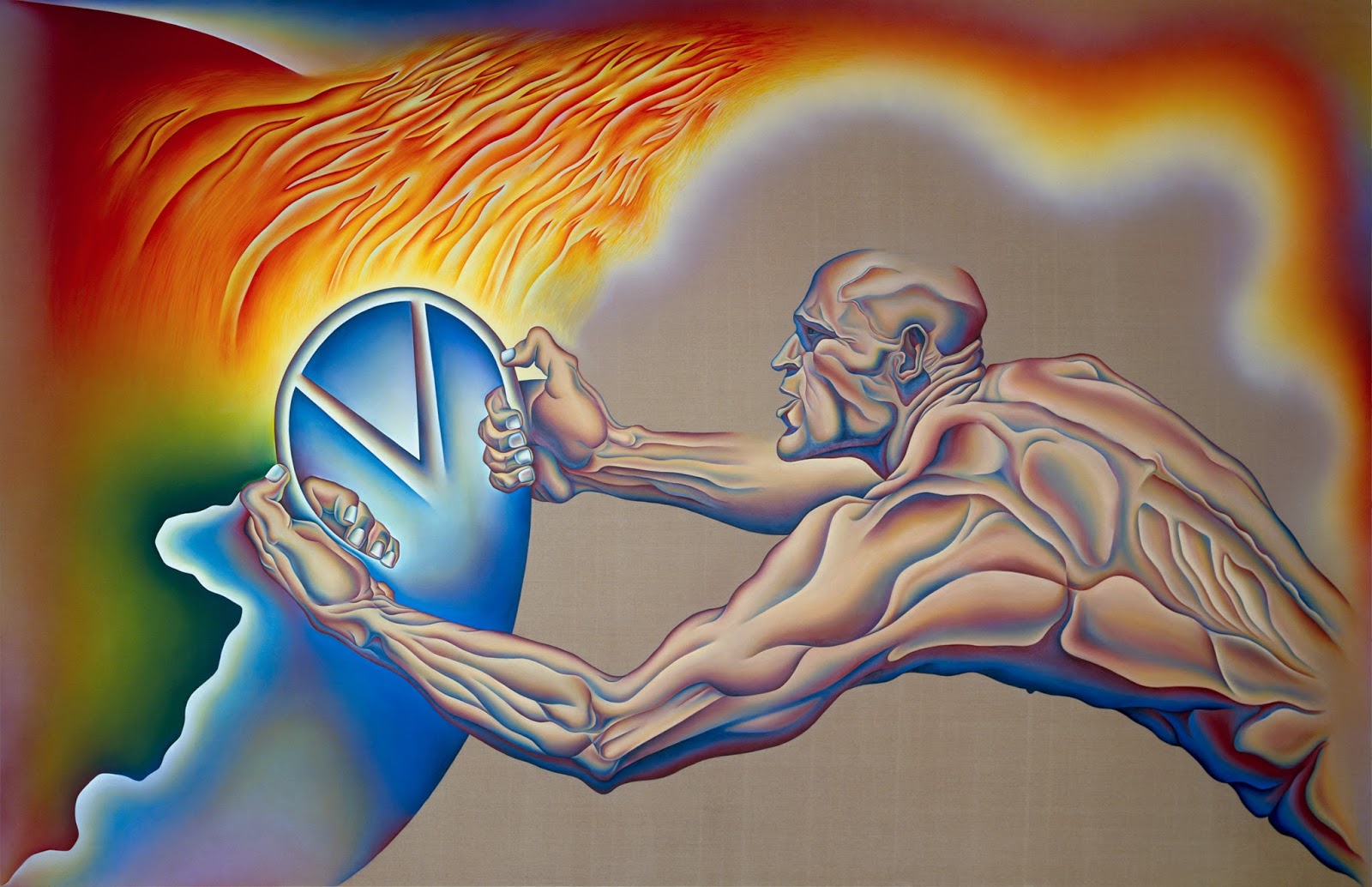 This exciting show is the very first retrospective dedicated to the work of legendary Feminist artist Judy Chicago. You probably know her from that famously vulvar Dinner Party, which premiered in San Francisco forty years ago next year, but her career has spanned almost six decades and has encompassed a shockingly large variety of themes and media. There will be over 150 works of art (from ceramics and paintings to needlework and performance art) that prove how revolutionary she was and still continues to be. Though her artwork comes in many forms, one thing that can be said about all of it is that it is shaped by a commitment to radical empathy--for women throughout history, for those who suffered in the holocaust, for the polar bears who are losing their habitat, etc. This celebratory show coincides with the one hundredth anniversary of the Women’s Vote in the United States, connecting Chicago’s legacy to a long line of women who broke barriers and defied tradition.

The Fine Arts Museums of San Francisco were also pleased to share new acquisitions the museums have recently made. All of these can be seen on the second floor of the de Young. 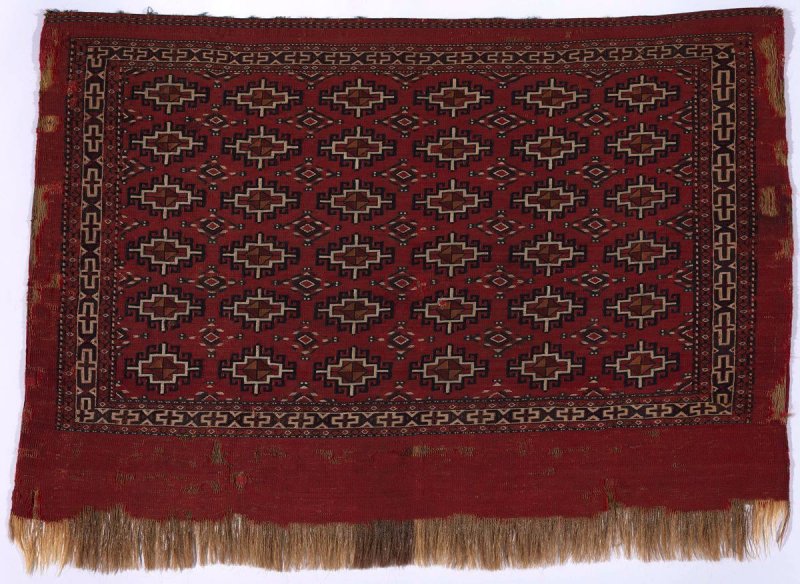 The de Young’s textile department, which boasts one of the nation’s finest collections of carpet weavings, is absolutely thrilled to be displaying a set of Turkmen Storage Bags. These bags were used by the Turkmen people, who dwelled in the Central Asian steppes for over 10 centuries. Rugs were essential to their way of life, as their nomadic lifestyle did not permit the use of furniture. Instead, they furnished their yurts with carpeting for floors and these portable storage rugs (called chuvals) hung from two slats to hold utensils and other goods. Who needs a cupboard or dresser when you have these bad boys? Chuvals made up a substantial part of a girl’s dowry, along with other woven goods like floor carpets and pouches, and were often made by the girl herself. The de Young’s display of these bags touches upon their anthropological, as well as aesthetic, significance. And while they are very tempting to touch, you probably shouldn’t.

The Turkmen storage bags will be on view now through November 15, 2020.

in Pursuit of Venus [infected] by Lisa Reihana

This seventy-foot-long, animated video installation is unlike anything you’ve seen before. Artist Lisa Reihana, who is of both Māori and British descent, was inspired to create this panoramic vision after viewing a set of 19th century French wallpaper titled Les Sauvages de la Mer Pacifique (Native Peoples of the South Pacific) that depicted Captain James Cook’s voyages in the Pacific and the peoples he encountered there. The original wallpaper (which is also part of FAMSF’s collection and can be seen alongside Reihana’s work) is full of paradise scenes depicting natives prancing about like Grecian goddesses in a Botticelli painting. Reihana challenges the Imperialist viewpoint expressed in the wallpaper by creating her own, animated  version of the wallpaper that gently drifts across a large screen from right to left, showcasing vignettes and backgrounds inspired by Les Sauvages de la Mer Pacifique. Only she uses actual Pacific Islander actors engaged in traditional rituals and dances, and the vignettes are not all happy little hula dances -- they drift into moments of violence, of floggings and trade for sexual favors, shedding light on the dark truths behind colonization. This unique work is a must-see, astonishingly well-researched (she read extensively about Cook’s voyages from the point of views of both the Europeans and Pacific Islanders), mesmerizing to watch, and essential to current conversations about imperialism, race, and patrimony.

in Pursuit of Venus [infected] is on view now through January 5, 2020.

If you're feeling overwhelmed by all these wonderful looking shows coming up, don't worry! You're not alone. We're looking forward to them, too. Stay tuned for our exhibit reviews in the coming months, and maybe we'll see you at the museum!