Yesterday, we presented you with 6 influential African American artists in art history. Today, we present you with a Black artist who is making history.

A few weeks ago, Beyoncé released her single “Formation,” and people all over the world collectively gasped at the song’s suggestion that the Beyoncé we all know and love is actually, wait for it… black.

If you haven’t watched the video yet, you really should, so as not to experience FOMO when references like this start being made. But TBH, if you still haven’t watched it by this point, you’re probably one of those people who don’t even know what FOMO means.

Parts of the video are set in a Southern Gothic plantation (really a converted mansion in Pasadena, CA). According to this article in Complex, they wanted this setting to be a household where the slaves were the masters. And crucial to any rich home in the 19th century was that the the walls be adorned with paintings. Seeing as it was nearly impossible to find paintings of this period that represented African Americans in a position of power, they resorted to taking art historical pieces and reworking them to depict black subjects. 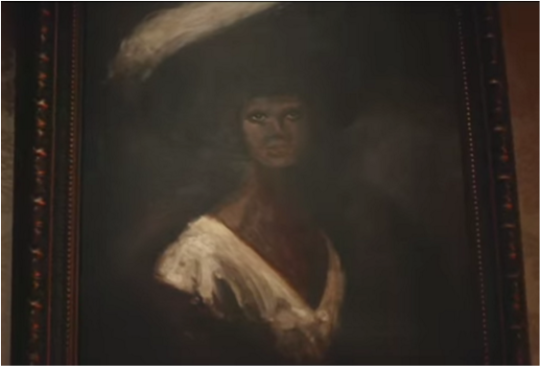 I decided this when I came up with no results for the painting after a thorough search on Google, but you can visit the Complex article for another example.

They even reworked Daniel Laine’s photograph of Joseph Langanfin, the official representative of the kings of Abomey, and his posse:

What’s impressive is that the rewriting of blackness in art history doesn’t stop there. Beyoncé shakes things up even more by donning get-ups that look eerily similar to works depicting white subjects. 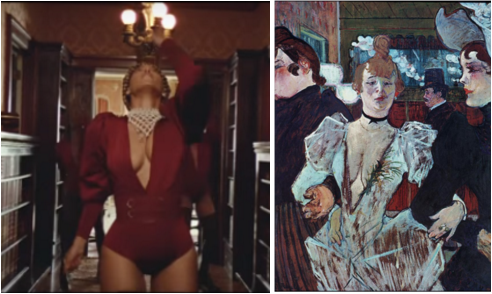 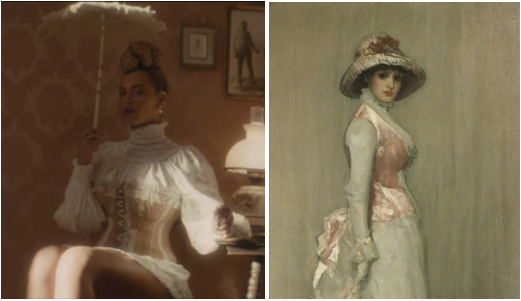 We find this comparison to be quite… fitting. Get it?

Somehow I think the quiet intensity in their gazes are just silent screams from the unimaginable pain they must be experiencing. Corsets need to stay in the past. 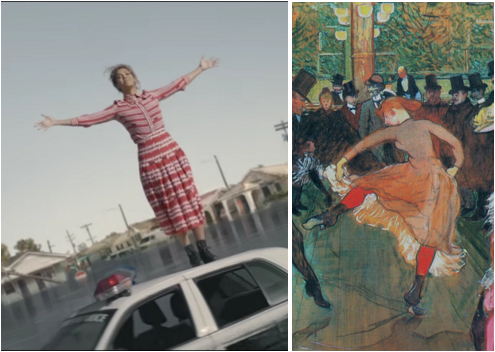 That French dancer is probably thinking, “Maybe with the right boots, I can dance just like Beyoncé!” 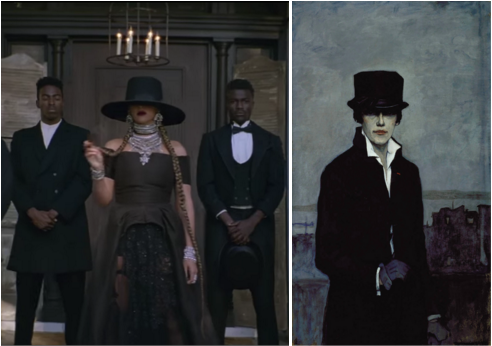 Self-Portrait by Romaine Brooks at the Smithsonian American Art Museum

These two ladies are giving us the same sultry look beneath a brim. This must be how you smize without the eyes. 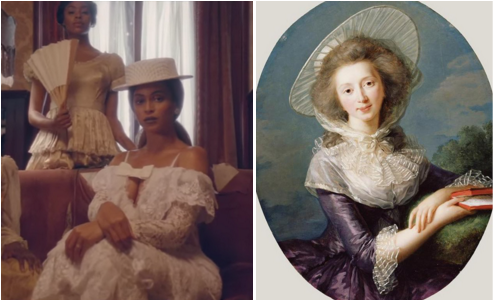 They may look prim and proper with their white hats poised atop their heads, but you can tell these ladies pack a punch. I mean, the vicomtesse is shown holding a book in her hand for god’s sake! 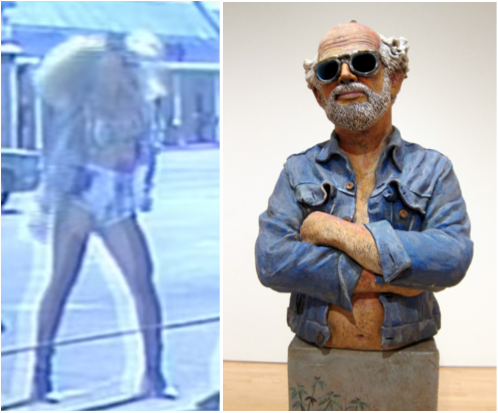 Thanks to the grainy style of the video, this is the best image we could get.

To give you a better sense of the outfit, here is the video in motion:

This outfit is the epitome of cool, casual, and a touch grungy. Subtract the chest and arm hair, and add a nice booty and some long, muscular legs and it can be really sexy, too. 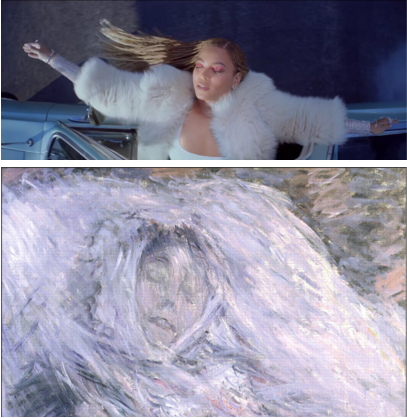 We’re pretty sure Camille isn’t wearing a fur coat on her deathbed, or is she? After all, it wouldn’t be a bad way to go.

The Blue Room by Suzanne Valadon at the Georges Pompidou Center

Even during that part when Beyoncé was doing some yoga-for-the-neck exercises, she exuded sophistication and ease, and really maintained that eye contact, leaving us with a lasting (post) impression.

Okay, so maybe puns aren’t my strong suit, but it’s clear that any outfit we put Beyoncé in is hers. She literally inserted herself in the spaces that were previously inhabited only by mostly rich, white subjects. And racists must DEAL (and not by hosting failed “anti-Beyoncé” protests. As if you could be such a thing).

Queen came to slay, and slay she did.

From this killer vid, hopefully America is better-equipped to understand how important Black culture really is.

And just how good it can look.