Art That Goes Bump in the Night: A Tribute to Sir Christopher Lee 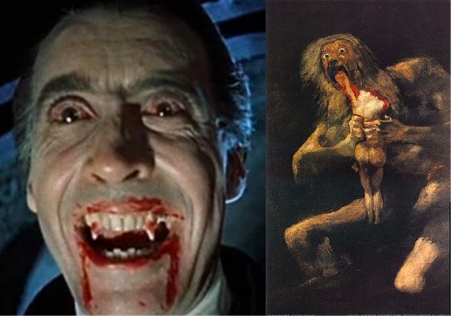 Sorry to say that Christopher Lee died this week at 93.

Modern Audiences and Comic-con enthusiasts will probably best remember him from the recent Star Wars franchise, and as Saruman, epic beard guy, in The Lord of the Rings. 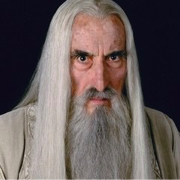 We at Sartle have a soft spot in our hearts for Lee as French artist Georges Seurat, opposite Jose Ferrer as Henri de Toulouse-Lautrec in the 1952 version of Moulin Rouge.  Not a bad likeness if we do say so ourselves:

Between Seurat and Saruman, older generation movie fans and those of us who grew up watching AMC’s “Fearfest” every Halloween have fond memories of Lee as the prince of camp in cheapie horror spectacles, usually from Britain’s Hammer Studios, in which he channeled art history a surprising number of times.  Here are a few of our picks for the art lover’s Christopher Lee memorial marathon:

The Nightmare by Henry Fuseli in the Detroit Institute of Arts (left), Christopher Lee in Dracula (right).

His most iconic horror persona was probably in Hammer Studios’ Dracula reboot, a series of films that, like Henry Fuseli’s classic painting, prove that a bit of cleavage and a slinky negligee go a long way. 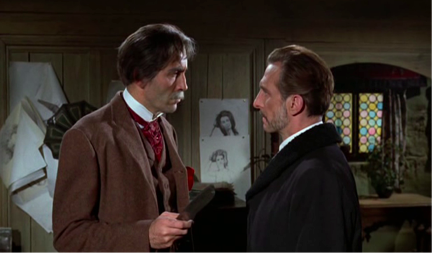 Christopher Lee and long-time costar Peter Cushing star in this delightfully odd flick, as a pair of monster hunters circa 1900 trying to track down a Medusa-like creature in…a German village?

Head of Medusa by Peter Paul Rubens in the Museum of Art History Vienna (left), Prudence Hyman in horror makeup for The Gorgon (right).

There’s more than a touch of Peter Paul Rubens in the makeup work for this one.  The special effects team toyed with the not particularly PETA-friendly idea of fashioning a wig out of live snakes, but the budget would only allow for this fantastically hokey headdress of bouncing reptile boggle-heads.

The Anatomy Lesson of Dr. Nicolas Tulp by Rembrandt van Rijn in the Mauritshuis (left), Christopher Lee (laying) and Peter Cushing (standing) in The Curse of Frankenstein (right).

Cushing and Lee team up again for a Rembrandt reference as Dr. Frankenstein and his monster, in yet another classic horror reboot featuring gimmicky makeup and scantily-clad British hotties…what’s not to love?

The Straw Manikin by Francisco Goya in the Prado National Museum (left), Christopher Lee gets in touch with his inner Divine in The Wicker Man.

Lee has taken a page out of the “Yoko Ono Guide to Fashion” in this fabulous drag ensemble.  As a pagan cult leader who dresses in peasant girl costume for a ritual dance around a wicker idol, he’d fit right in with these Spanish maidens circling around their straw effigy.  Did we mention Wicker Man is a hippy, folk-rock horror musical?  Because it is. Christopher Lee folky singing may not be as awesome as his future heavy metal tracks, but it definitely makes the film worth watching.

Lee’s 2013 single Jingle Hell debuted on the Billboard top 100 list at # 22 making the almost 92 year old the oldest person in history to enter the charts.

Ok, you’ve got us.  Tim Burton’s self-indulgent fan fiction Dark Shadow’s isn’t Lee’s proudest moment.  Nor is this relatively sunny portrait by Van Gough as skin-crawlingly eerie as the other paintings in our Christopher Lee art history tribute.  But we think Lee, as a salty old seaman bears more than a passing resemblance to Van Gogh’s Postman Joseph Roulin.  Either way, we’re sure our dearly departed Christopher would appreciate the beard.