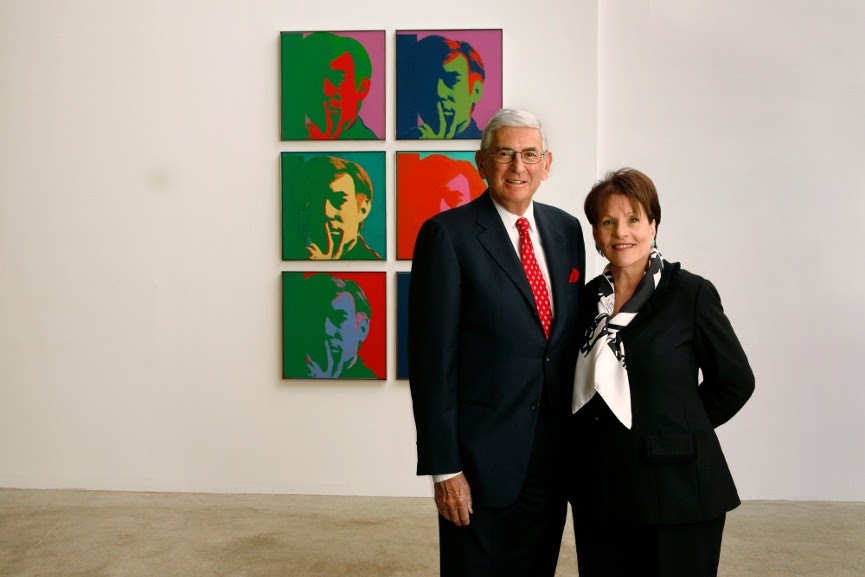 Eli and Edythe Broad are two of America’s top rock star philanthropists. You may recognize their most recent museum, The Broad Museum located in Los Angeles, but this giving couple has been involved in the contemporary art scene for decades. 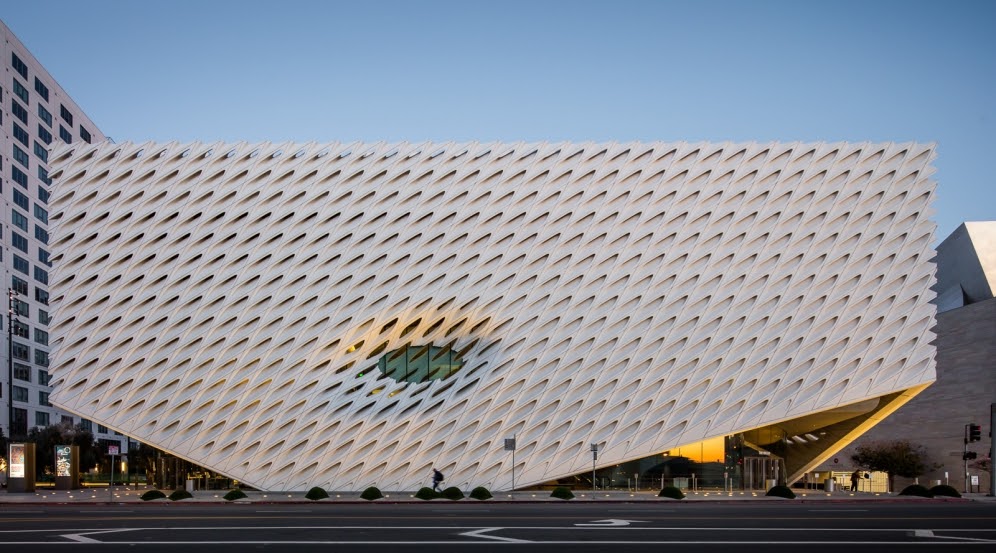 Eli and Edythe Broad met in Detroit, MI while in high school. A year later they were married. Eli graduated cum laude from Michigan State in three years, becoming the youngest certified public accountant in the state’s history. Dude. From there, eager to earn more $$ he began to dabble in the home developing business. By eliminating basements in his homes, his savings allowed young families to become homeowners, an unrealistic possibility before. From there, his company not only became a huge success in America, but also in France. Oh la la. During this transition, the Broad’s moved their business to Los Angeles in 1963. This moneymaker didn’t stop there. In 1971, Eli purchased an insurance company that he transformed into the best performing on the New York Stock Exchange for a decade. From there, the Broad’s sold their business in 1999 for $18 billion. It was during this time that they transitioned to philanthropy stating that they planned to give away 75% of their net worth over the course of their lifetime. Bernie Sanders would be proud.

Which brings me to the art. Not only have the Broad’s been active supporters of the arts, but they also have given significant gifts to stem cell research and public school systems. While Eli stands as the brute, direct business man, Edythe is his regal opposite. Mrs. Broad has a natural eye for art and a warmth to her presence that many artists from Andy Warhol, to Roy Lichtenstein, and even Jeff Koons have raved about her personability and kindness. As a child, Edythe frequented the Detroit Institute of Arts for field trips and it was here that she developed a love and affinity for the arts. She remembers viewing Watson and the Shark by John Singleton Copley and this 18th century painting of sailors trying to rescue a man was both unsettling and stirring. 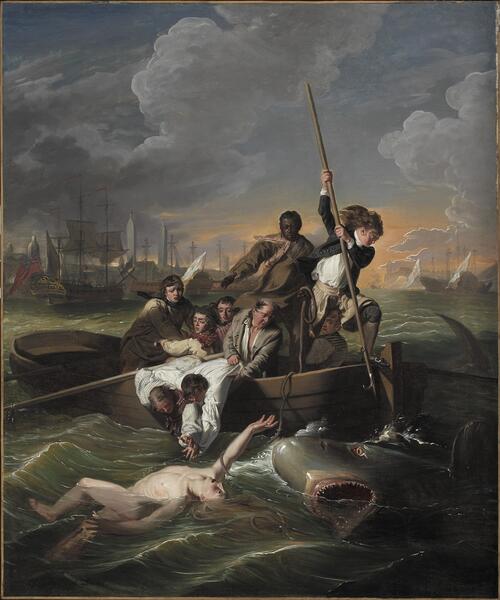 Over the years the Broads have collected significant works of postwar and contemporary art, but they have a line. Although their collection is worth about $2 billion, they do not buy art for art’s sake or what is popular and therefore expensive. #ArtDonorsForTheWin For Edythe it is the relationship she maintains with the artist, the emotional reaction she has to a work of art that compels her to purchase. Whereas Eli is more investment-oriented, Edythe selects works of art that reflect her personal taste and respond to her soul. While giving a rare interview with the Los Angeles Times, Edythe shared why she prefers to collect contemporary artists, “The things the artists were doing in the current time were interesting. You could know the artist. You could buy work early. It wasn’t so expensive, and it was a fun experience. Some artists we bought young, and they went on to become successful. But it isn’t that we had this amazing eye that could walk in and say, ‘Ahh, that’s the next Picasso.’ ” Like Bay Area philanthropists The Andersons, The Broad’s collect from the heart. 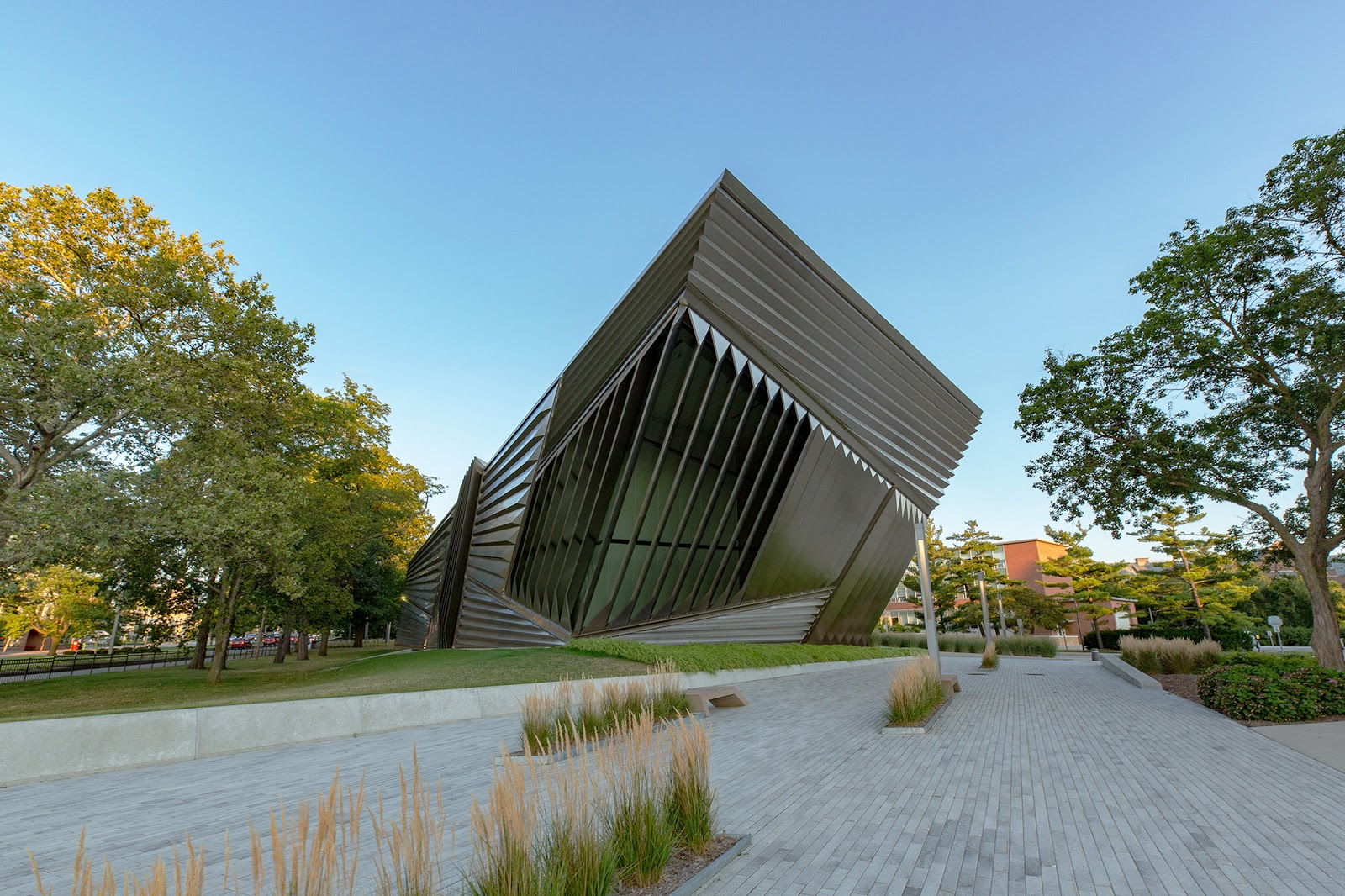 The Broad may be the most recognizable institution but it is not the only museum the couple has founded. At their alma mater, the Broads funded the Eli and Edythe Broad Museum of Art at Michigan State University, which was designed by the lateZaha Hadid. This legendary babe is known for her long-time affinity with testing the limits of geometry and the Eli and Edythe Broad Museum of Art is no exception. This stark geometric shape of a Museum defies gravity while at the same time offering the light, airy, white cube experience we all expect from a contemporary art museum. Let there be geometric light!

After funding this project, it seems the Broad’s caught the “let’s just build our own museums bug” and began the construction of The Broad Museum in downtown Los Angeles in 2015. This free museum, is home to much of the couple’s 2,000 piece collection, showing art from the 1950s to the present. With an endowment of over $200 million, The Broad Museum is the largest museum next to The J. Paul Getty in all of Los Angeles. 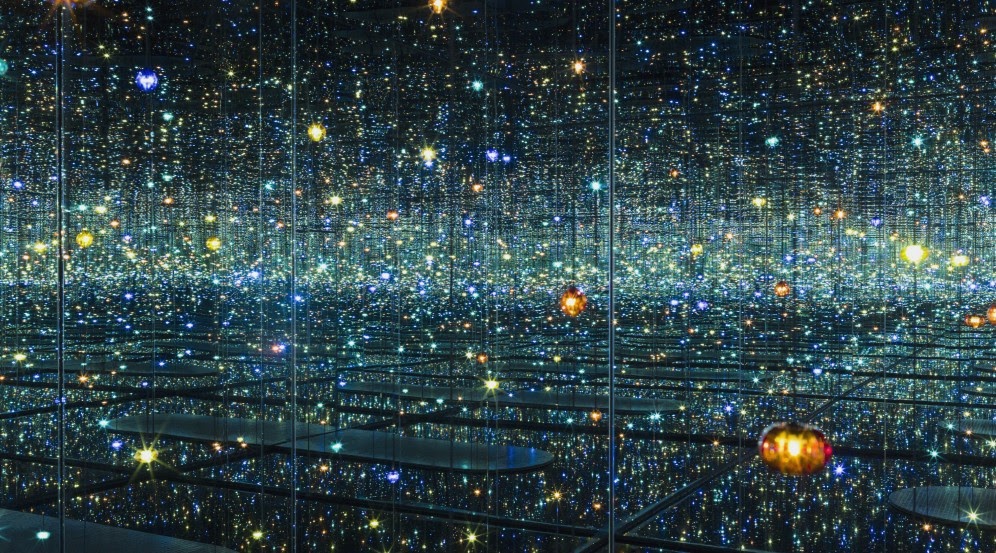 Next time you find yourself in LA, venture downtown and visit this Museum to see the Broad’s collection unfold. I’m sure, since the collection comes from the heart, you will find something to enjoy.