How much do you know about Baroque Art? Take our quiz! 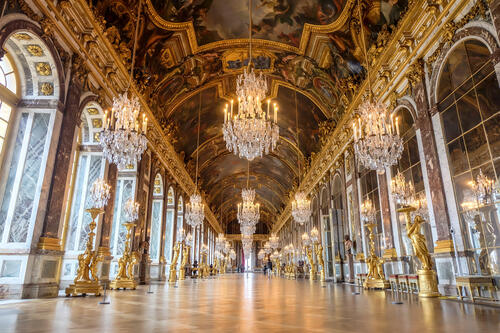 The Baroque is a strange and wonderful movement that was created and marketed by the Roman Catholic Church as a counter to the Protestant Reformation of the north. Texas thinks it cornered the market on Big, but it is nothing compared to the sweeping influence of the Baroque. Today some use the term ‘Counter-Reformation’ instead of ‘Baroque.’ In essence, they are interchangeable terms and refer to the art produced between 1600 and the 1730s in Western Europe. The Baroque had a large influence on all the arts, from dance to architecture and everything in between.

Like the Renaissance, the Baroque played a major role in both Northern and Southern Europe. Not quite 100 years after Martin Luther nailed his theses to the Church door at Wittenberg, the Baroque ignited a new direction in the arts. Fueled by the Catholic church to defend its religious and political turf, Counter-Reformation art used drama, theatricality, and size to reinforce the majesty and glory of the Church and its necessity for salvation. This resulted in over-the-top palaces, churches, gardens, and fountains all across Europe, as monarchs with increasing power borrowed the same style to emphasize their divine right to rule. From the gardens of Versailles to the palaces of Germany and the facades of many of the churches in Venice, the Baroque is hard to miss.

Architects like Christopher Wren and Bernini put Baroque on the map with the likes of St. Paul's Cathedral in London and St. Peter’s Square in the Vatican. While Renaissance buildings were typically made of brick and had simple facades, Baroque buildings used marble facades with columns and friezes (hearkening back to the classical world). Their interiors were equally extravagant and awe-inspiring, typically distinguished by curving lines and ornate gilt decoration. The grand architectural styles and formal gardens of the Baroque not only swept across Europe, but also found their way to the Americas as explorers and missionaries from Spain and Portugal transplanted the Baroque to the new world. Feel overwhelmed by the Baroque? That’s kind of the point. Welcome to the club.

Painting and sculpture in Italy, France, and the Holy Roman Empire promoted the Catholic Church’s agenda with biblical narratives, allegorical scenes, and depictions of important saints. The Council of Trent in the sixteenth century had established certain expectations for how religious art should look, ruling that religious scenes must be depicted with accuracy, clarity, and emotional power. Scenes that evoked the mystical aspects of the religion were favored because they promoted the Church’s role as being the essential interpreter of the Divine. Artwork from this period retains the lessons learned in the Renaissance about perspective, anatomy, balance, etc. but is notable for its theatricality and the use of chiaroscuro, a stark contrast between light and dark, which heightened the drama.

However, the Baroque in the Netherlands looked vastly different. The Protestant Dutch, in the process of winning independence from Spain, formed their own Dutch Republic. Their Calvinist culture frowned upon images used in worship, so many artists turned to depictions of the world around them, painting portraits, still life scenes, and images of everyday life called ‘genre paintings’ instead. While not overtly religious, many of these paintings still contain religious and moral messages. At the same time, the Dutch Republic had the strongest economy of anywhere in Europe, with trade networks spanning over half the globe. A growing middle class could suddenly afford art for their homes, and they were buying it like crazy. For pretty much the first time in Western history, art was being produced before a buyer was found for it. Artists no longer needed to have a commission and so could produce the art they wanted (the main exception to this being portraiture). The importance of this can not be overstated. The entire paradigm of art production radically shifted. This flowering of Dutch art and culture during the seventeenth century is known as the Dutch Golden Age.

If it ain’t baroque, don’t fix it!

I love to check out latest on baroque art