The lowdown on the new SFMOMA

The new and improved San Francisco Museum of Modern Art (SFMOMA) reopened on May 14th after a three year, $305 million renovation and expansion. Haven’t had a chance to go check it out yet? Don’t worry– where there’s art, there’s Sartle! We’ve got your back with the official lowdown on all things SFMOMA.

Founder Tania, editors Lauren and Angelica, and contributor Clayton headed over to the SFMOMA ball on May 12th to check out the museum’s new digs. Here are a couple of photos from the ball: 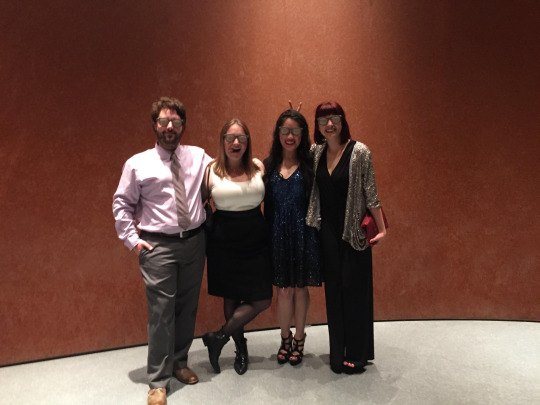 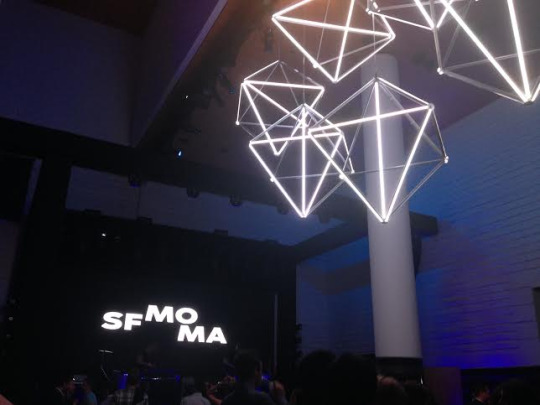 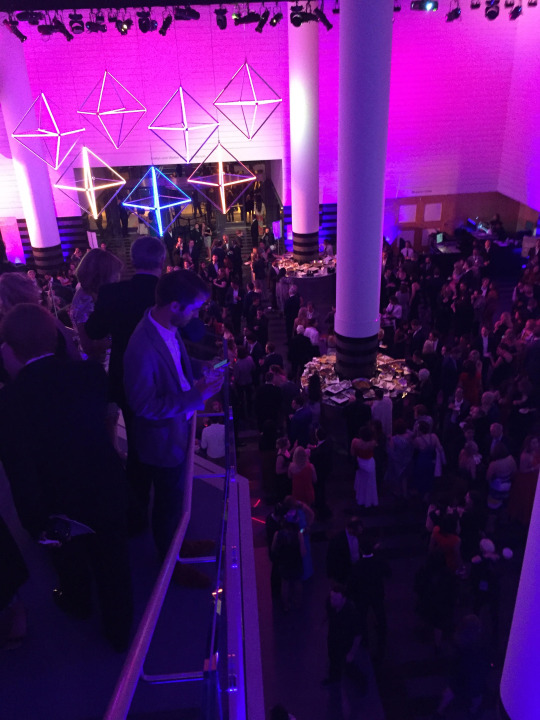 Mingling. Check out those food tables…

1. The project started seven years ago after Gap founder Don Fisher’s plans to build a museum to house his massive art collection in the Presidio (that’s basically Sartle’s back yard) were rejected. SFMOMA was already talking about an expansion and so a high-powered, big bucks partnership was born. 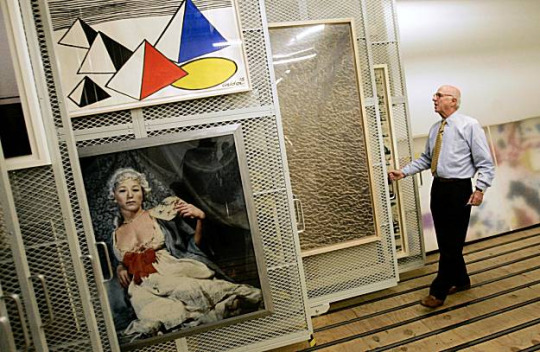 Donald Fisher, who passed away in 2009, shown with some of his collection.

2. A total of $610 million was raised for the expansion. Half went to construction and renovation and the other half covered operating expenses and was used to boost the museum’s endowment past $300 million. If you had all that money in cash you’d need, like, three SFMOMAs to store it all (I just made that up).

If Beyonce were SFMOMA. 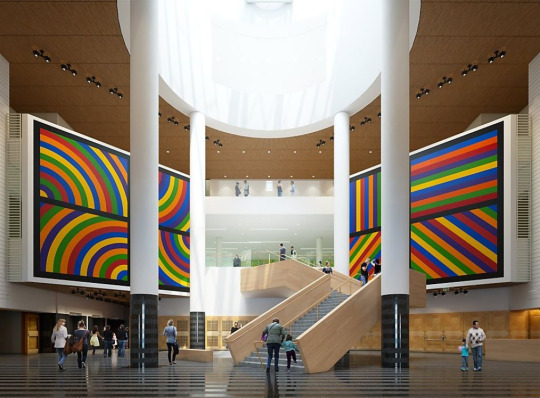 The original mock up for the entryway to the 4 acres. Hope you wore appropriate footwear.

4. With 20,000 more square feet of gallery space than the Museum of Modern Art in New York City, this makes SFMOMA the largest modern art museum in the United States. Another reason why San Francisco is a better city than New York (and LACMA doesn’t even compare– sorry LA, you’ll never win). 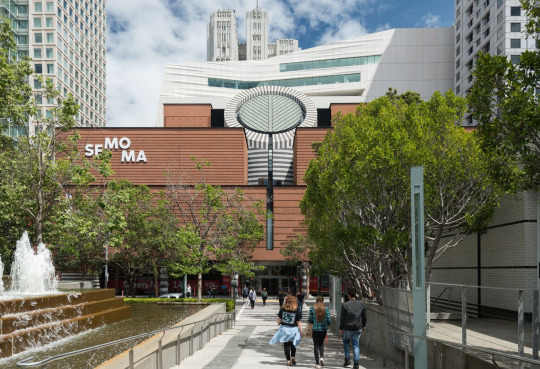 LOL New York our gallery is better than yours. 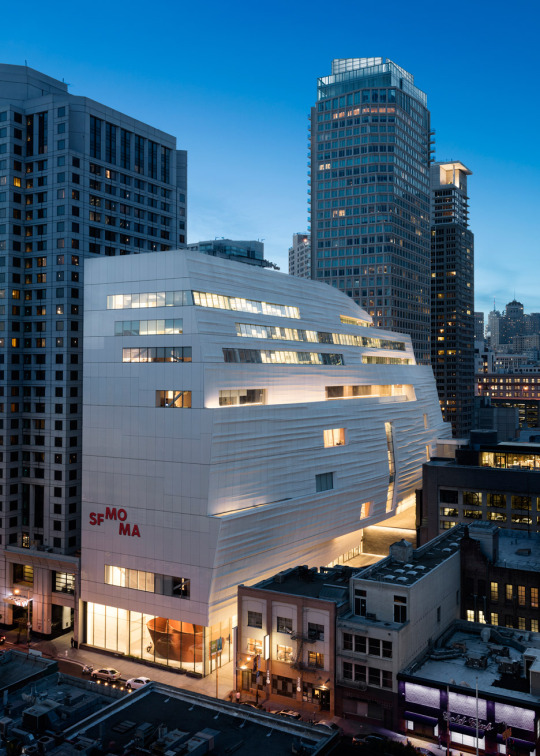 What is physics and how do you build a building that gets big on the top help.

6. The museum’s extension, designed by architecture firm Snøhetta, has had mixed reviews from critics. One was particularly cutting: “It’s like a Norwegian and an Italian of different generations, on a blind date that will end after one uncomfortable drink.” Ouch. Other descriptions have ranged from “a good citizen” (??) to “a baked alaska slumped on the skyline.”

Honestly this seems like kind of a bad omen.

7. That baked alaska-esque look comes from the east facade, which is covered in over 700 fibre-reinforced polymer panels. The facade’s rippled patterns are inspired by the topography, water and fog of San Francisco Bay. SO PREDICTABLE.

Story of our lives.

8. Access to ground floor and second floor galleries (about 45,000 square feet) is free to the public. Anything higher is going to cost ya, though if you’re part of the lucky under-18 demo the museum is completely free to you. 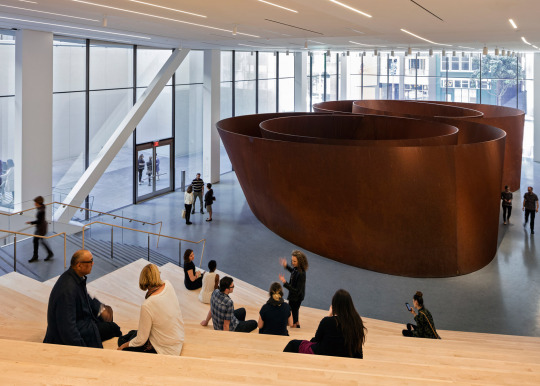 Sitting in the lobby is free, too.

9. The museum also includes an education center with a resource library and classrooms, as well as a new and improved theater and shop. We all know that a museum isn’t a museum without a gift shop– where else are you going to get tacky posters of all your favorite artwork? 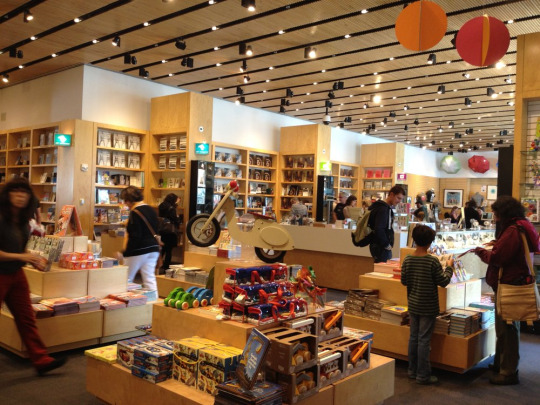 Expansive museum store. To make up for the free galleries.

10. The museum’s 19 inaugural exhibitions display nearly 2,000 works that have been carefully curated to show off SFMOMA’s massively expanded collection. They’ve got paintings by Jackson Pollock, Lee Krasner and Francis Bacon; a whole host of sculptures by Alexander Calder; and a full gallery of Diane Arbus photographs. Swoon.

A photo taken by our very own Lauren of Frank Stella’s later works.

Hope you enjoyed this glimpse at the new SFMOMA. For ticketing and more information, visit sfmoma.org.