Out with the New, In with the Old at Art Market

One of the best things about the art world is simply how surprising it can be.

For example, at the VIP Preview for the SF Art Market- which took place in our very own home of Fort Mason- you might expect to see well-dressed, pretentious people sipping on wine glasses while looking at overpriced art. While there certainly was that type of crowd there, the main attraction was the long line of hipsters waiting to get prints and free pins by GATS, one of the Bay Area’s most prominent graffiti artists. 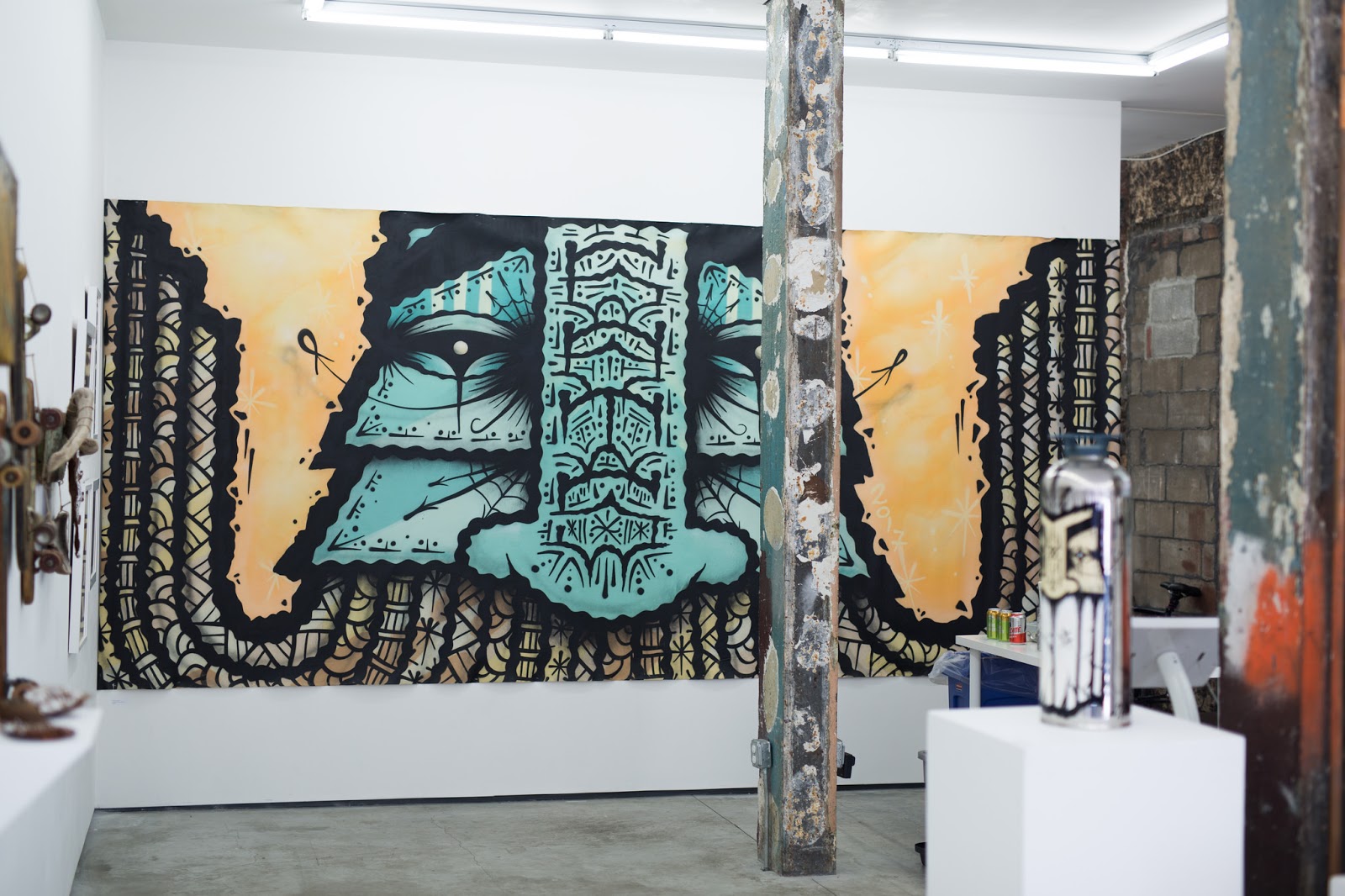 The best part was how natural it felt having different kinds of art and art lovers in the same space. The conversation between the past and the present, the traditional and the contemporary, was ever-present at the international art fair this year. From Bernini to Warhol, contemporary artists are still paying homage to their favorite masters of art. Here are some of our favorite references to classic art history seen at the 2018 San Francisco Art Market. 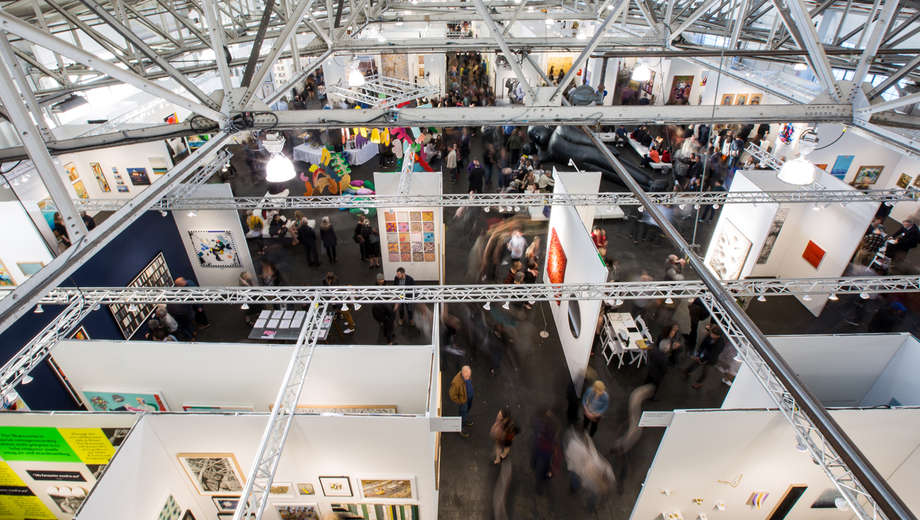 Located near the market’s entrance is this remarkable recreation of Vermeer’s famous Girl with a Pearl Earring. Created by E2- Kleinvald and Julien, an artist duo represented by Jonathan Ferrara Gallery, this print intended to have viewers question their expectations of art with regards to stereotypes. 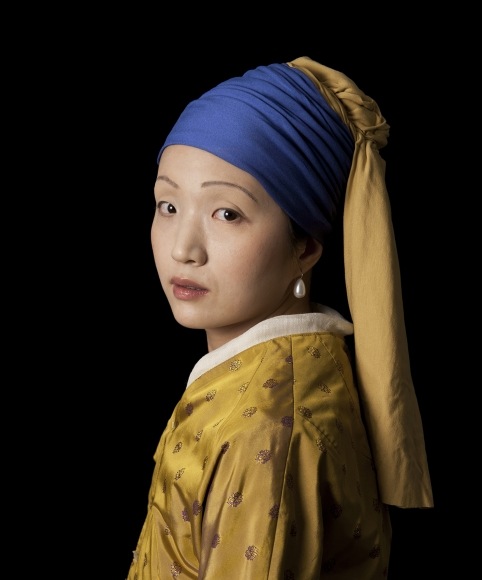 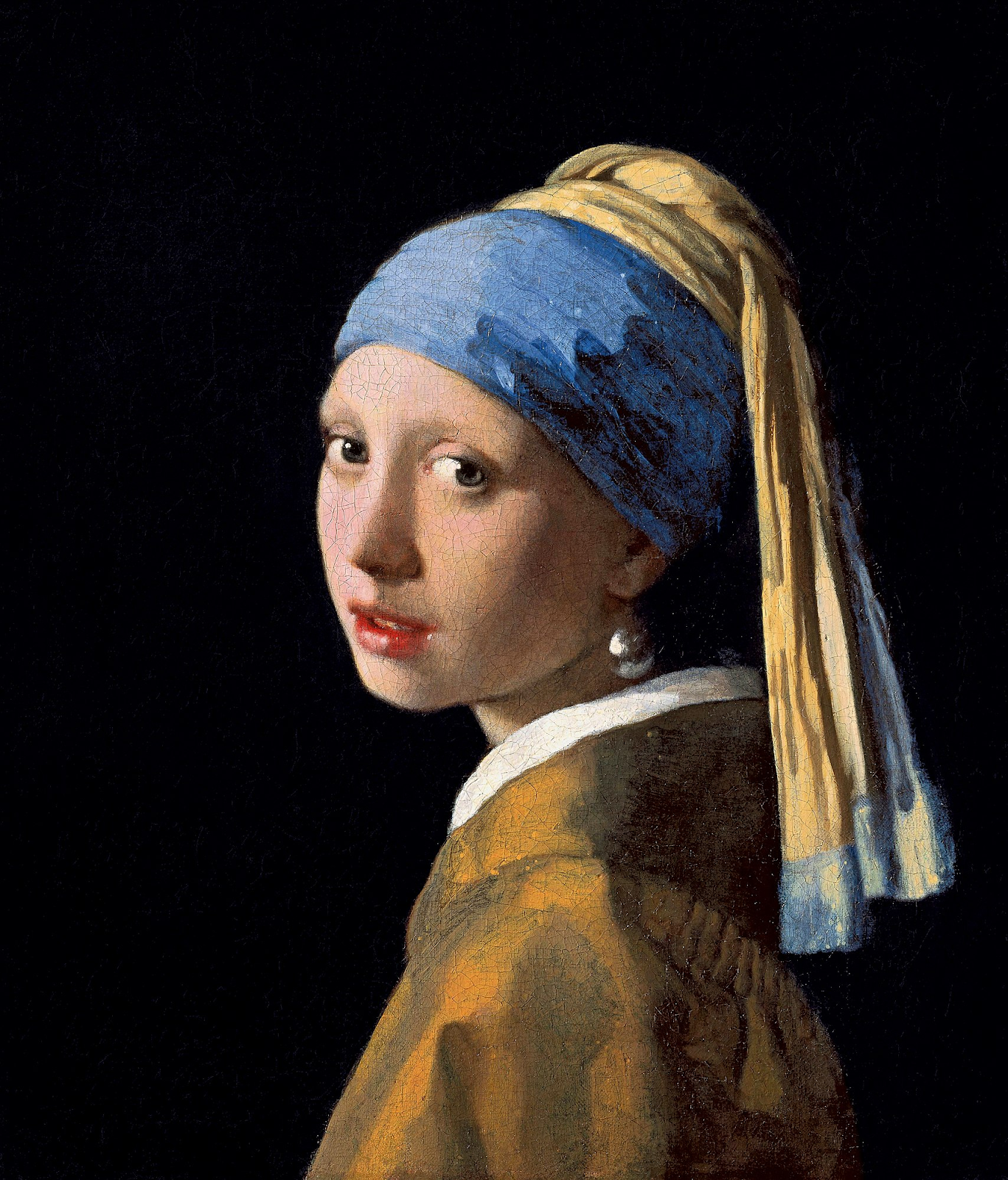 Another modern take on classic portraiture was this painting presented by Cordesa Fine Art. We the Peep-Hole featured the portrait of Anna Payne Cutts, the sister of James Madison’s wife Dolley, originally done by colonial painter Gilbert Stuart. 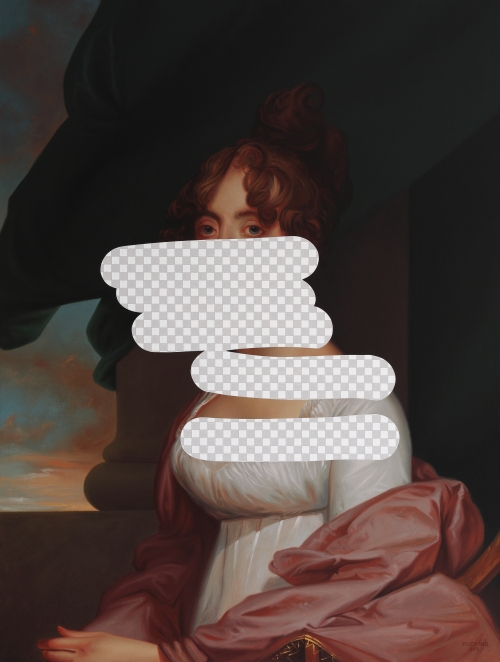 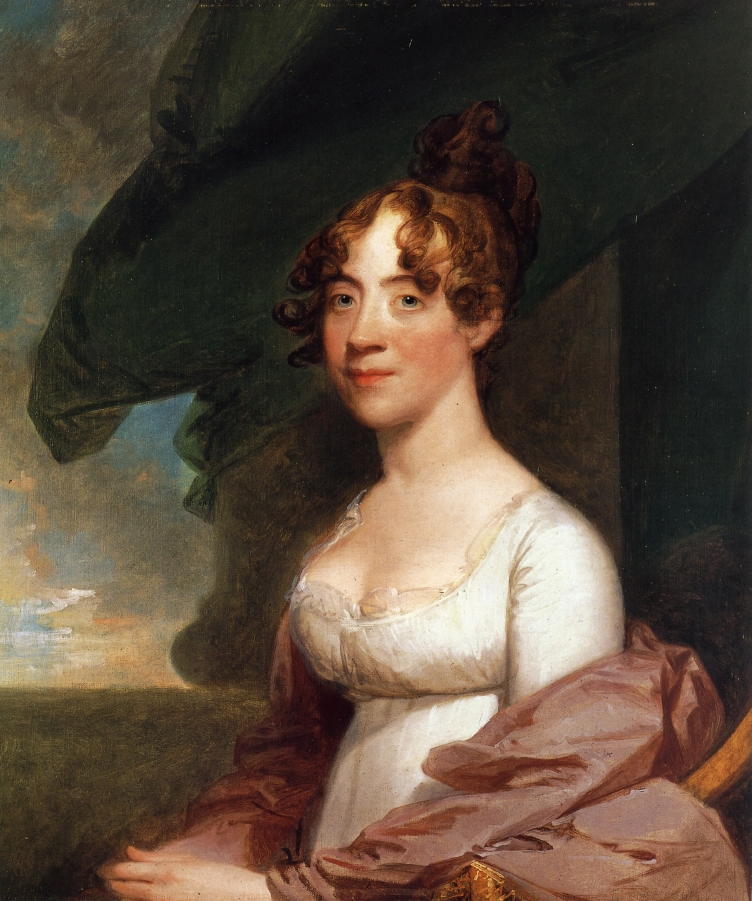 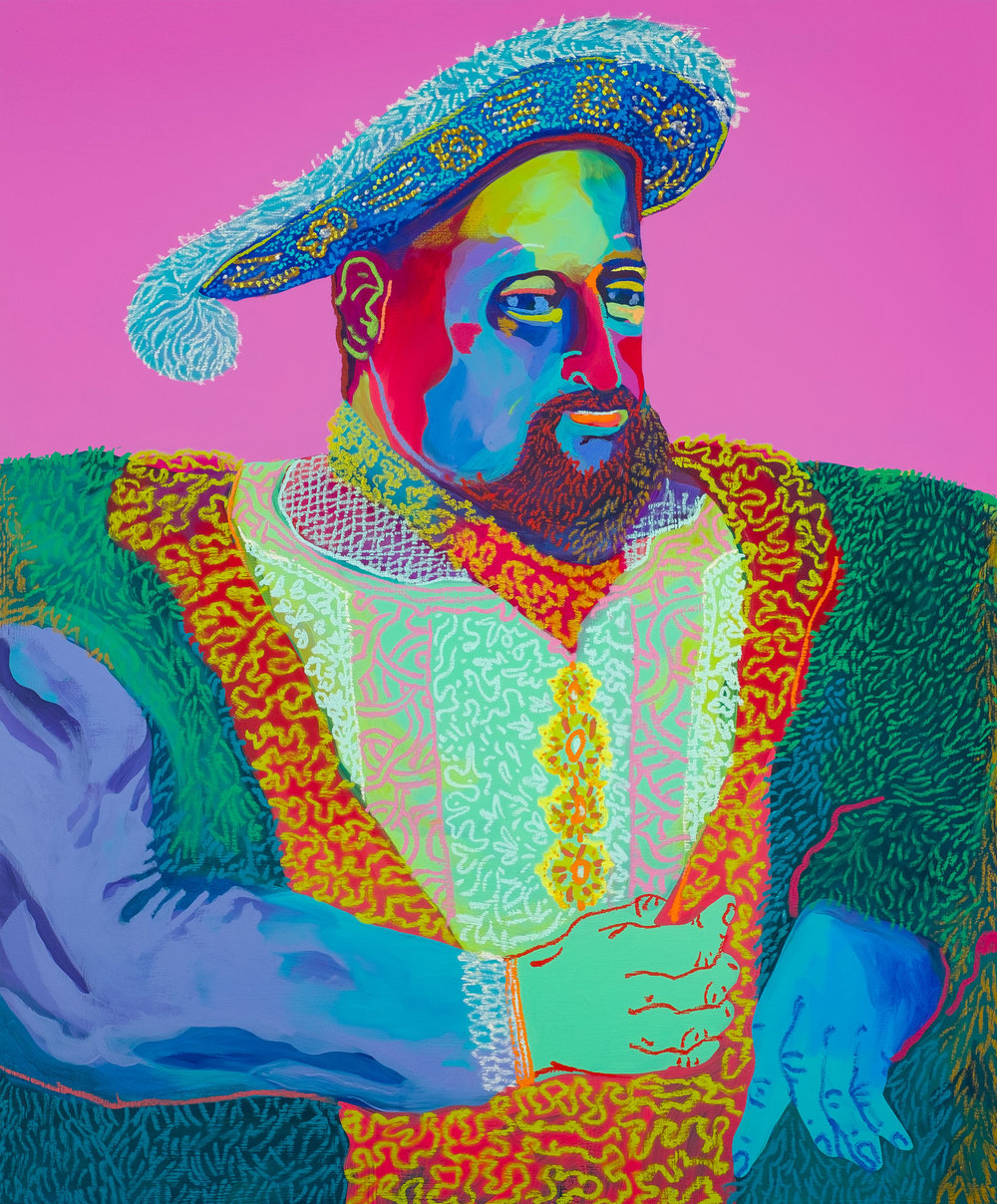 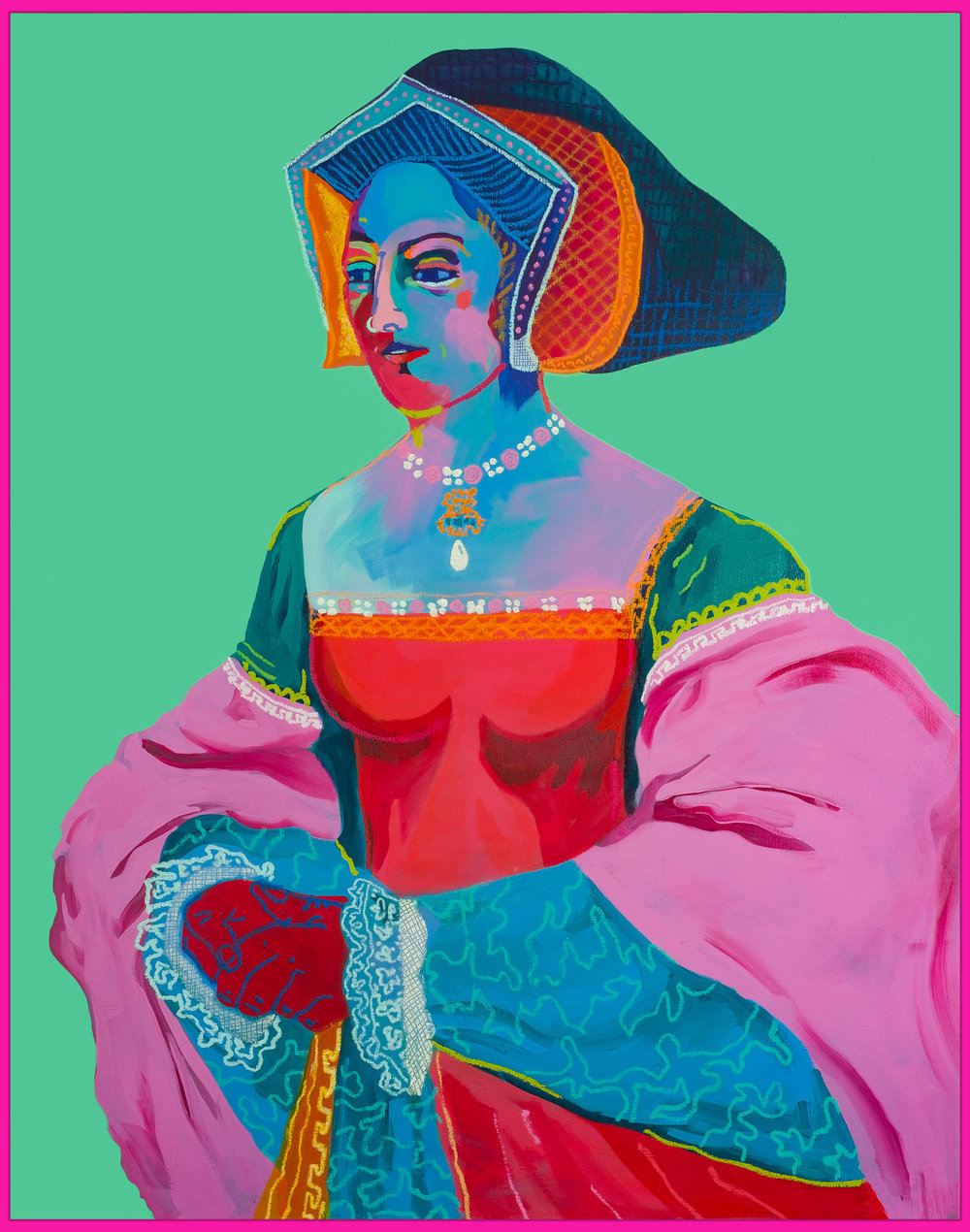 Not That Jane Seymour (After Holbein) John Holcomb, 2018

Another interesting take on portraiture was Virginie Schroeder’s mixed media portrait of Frida Kahlo, exhibited by the Quebec-based Arteria Gallery. Schroeder applied a mixture of oil and acrylic paint with a syringe that gives this portrait its abstract-from-far-away look. 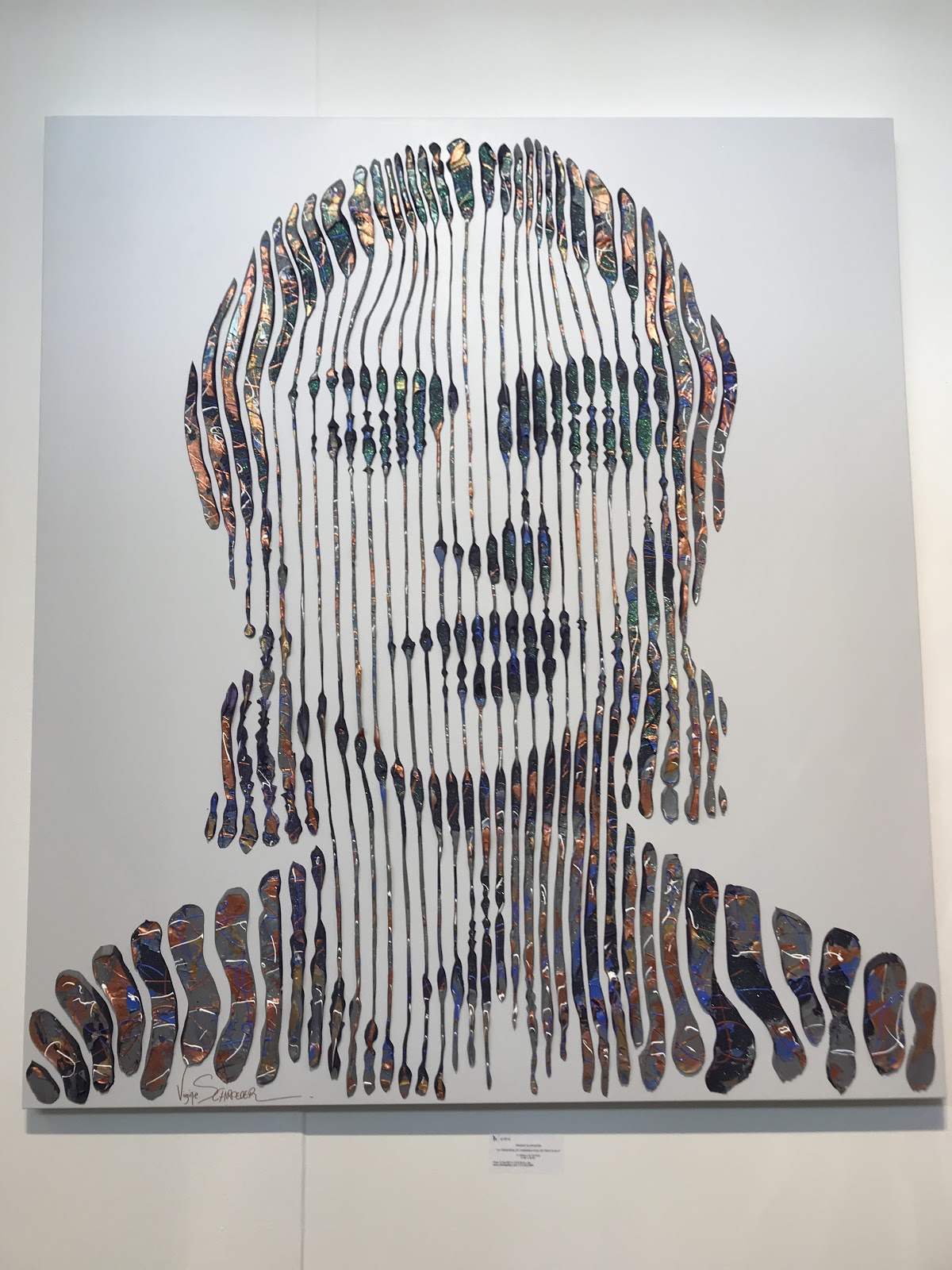 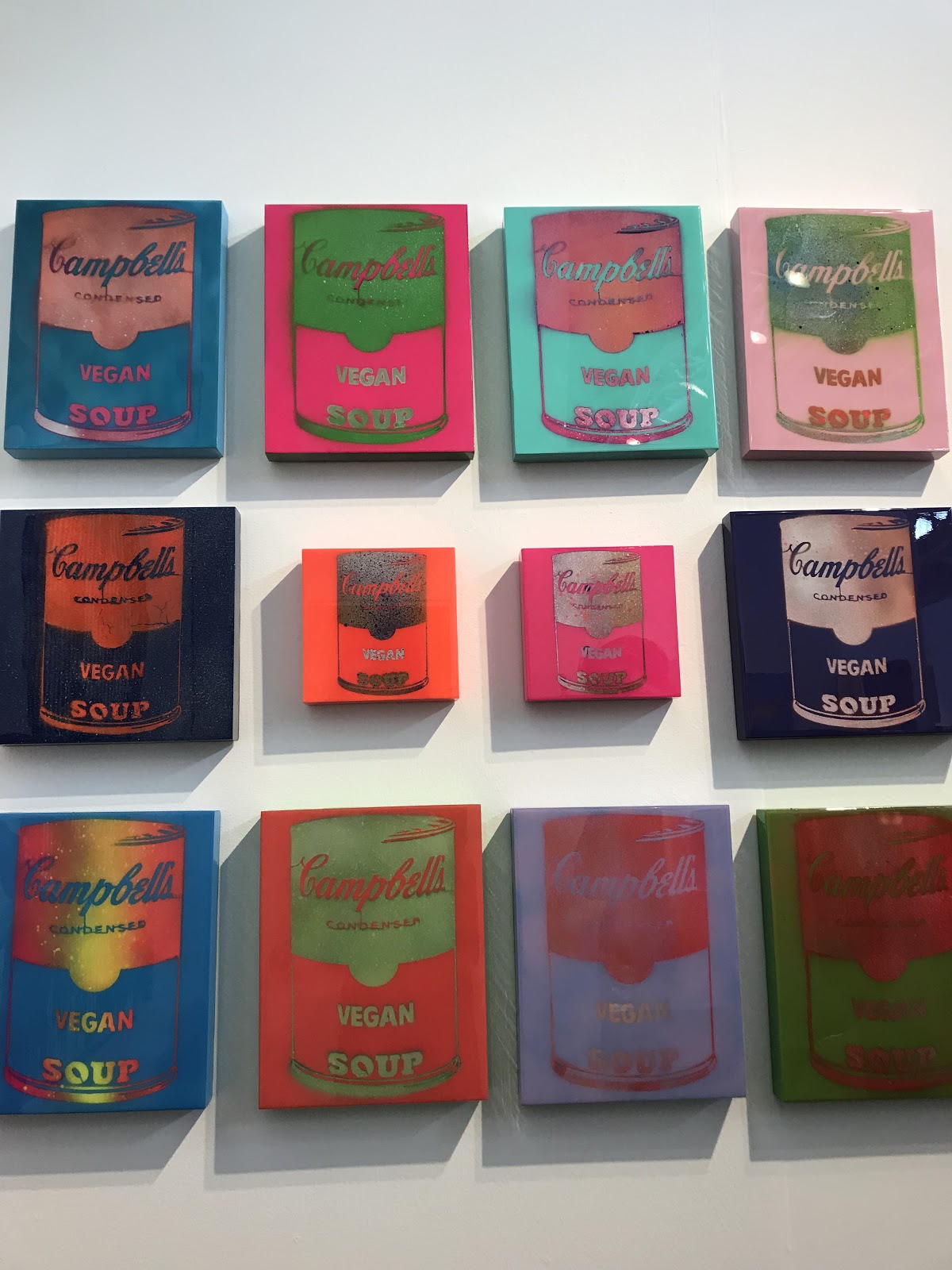 Warhol was even the subject of a painting exhibited by Peimbert Art Gallery. Artist Lluis Balba painted “self portraits” of Andy Warhol and Salvador Dali that were basically a hodgepodge of cultural references Warhol himself would have been proud of. We especially love the references to Jeff Koons, Roy Lichtenstein, Alexander Calder, and Avril Lavigne. 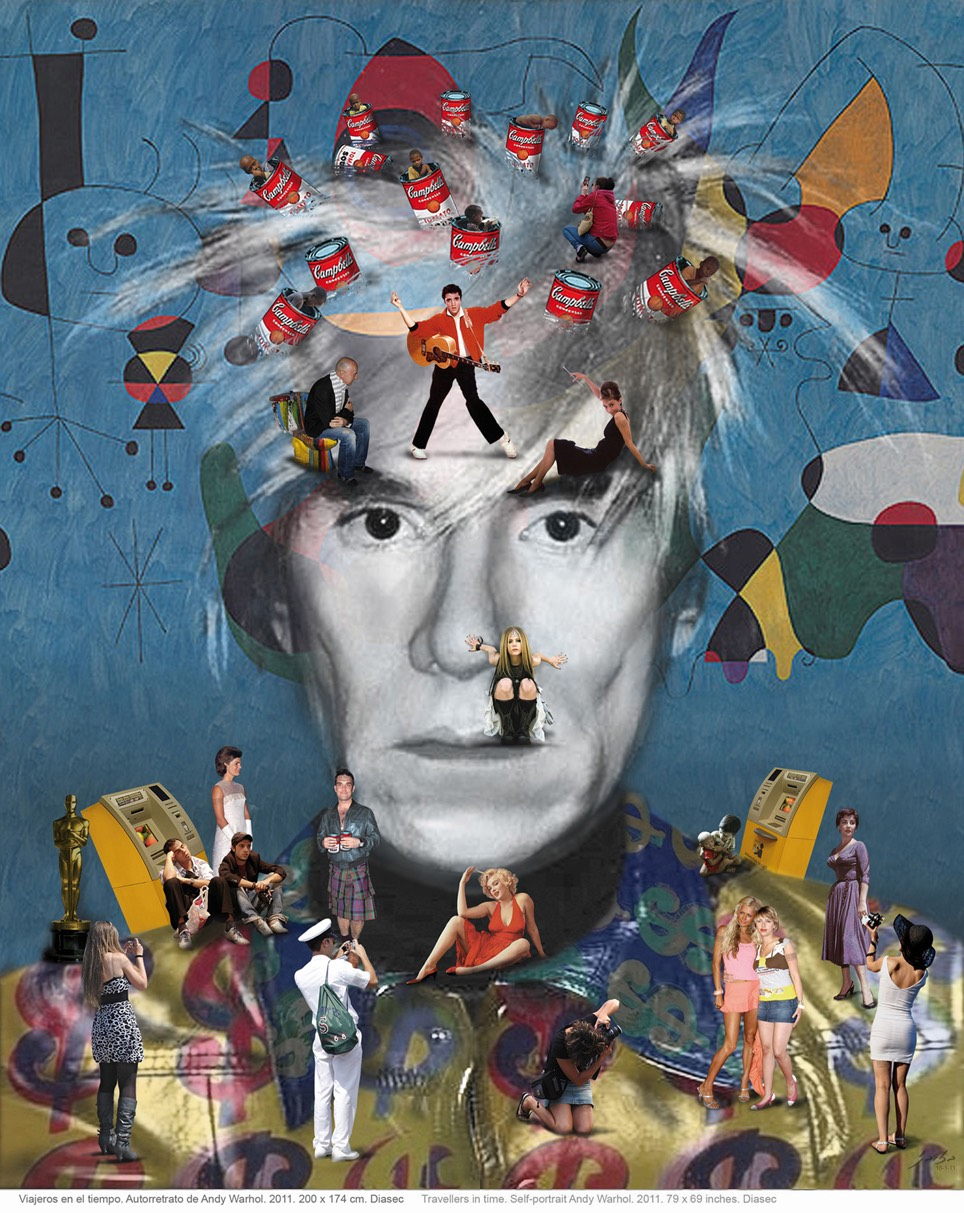 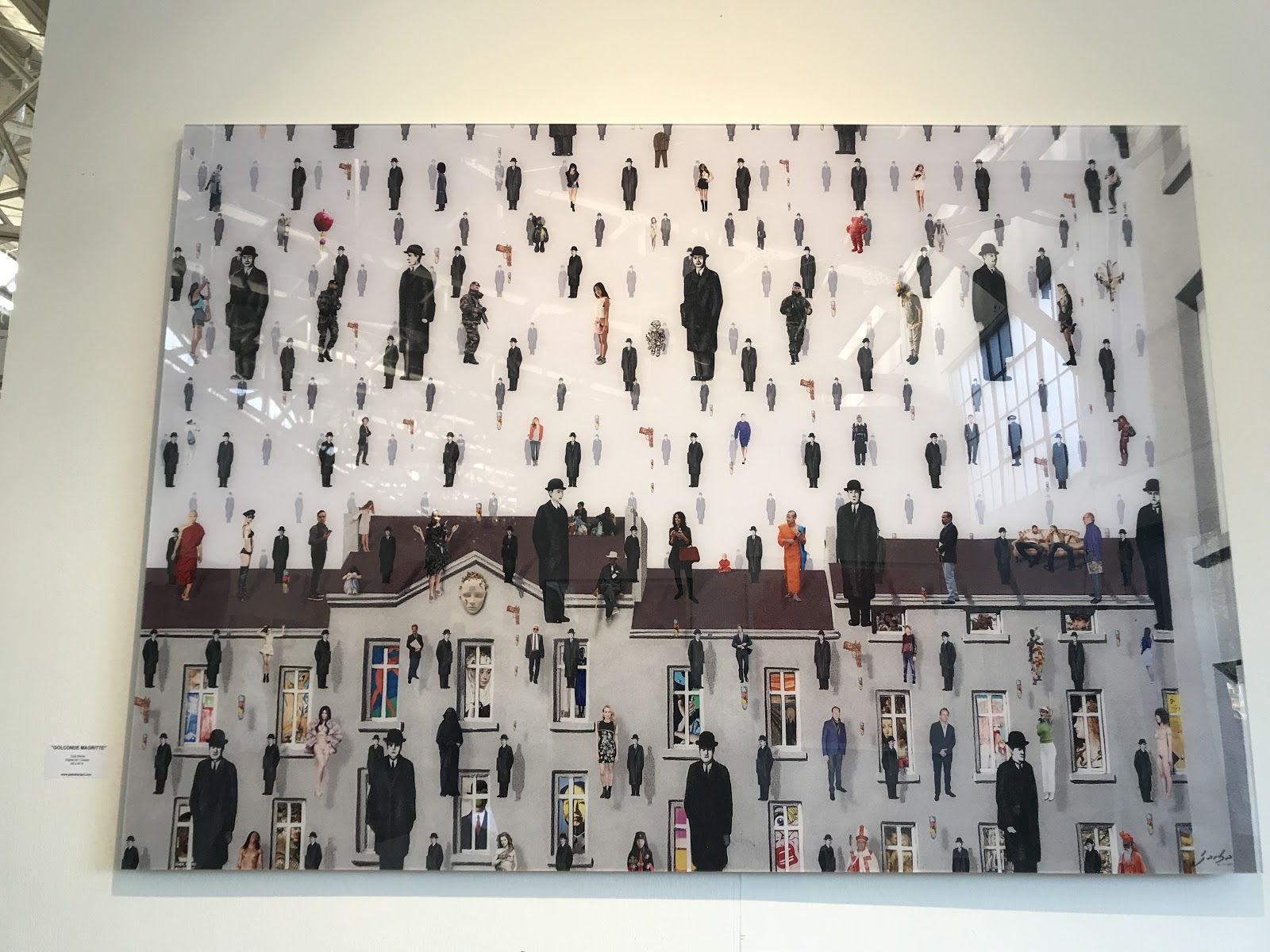 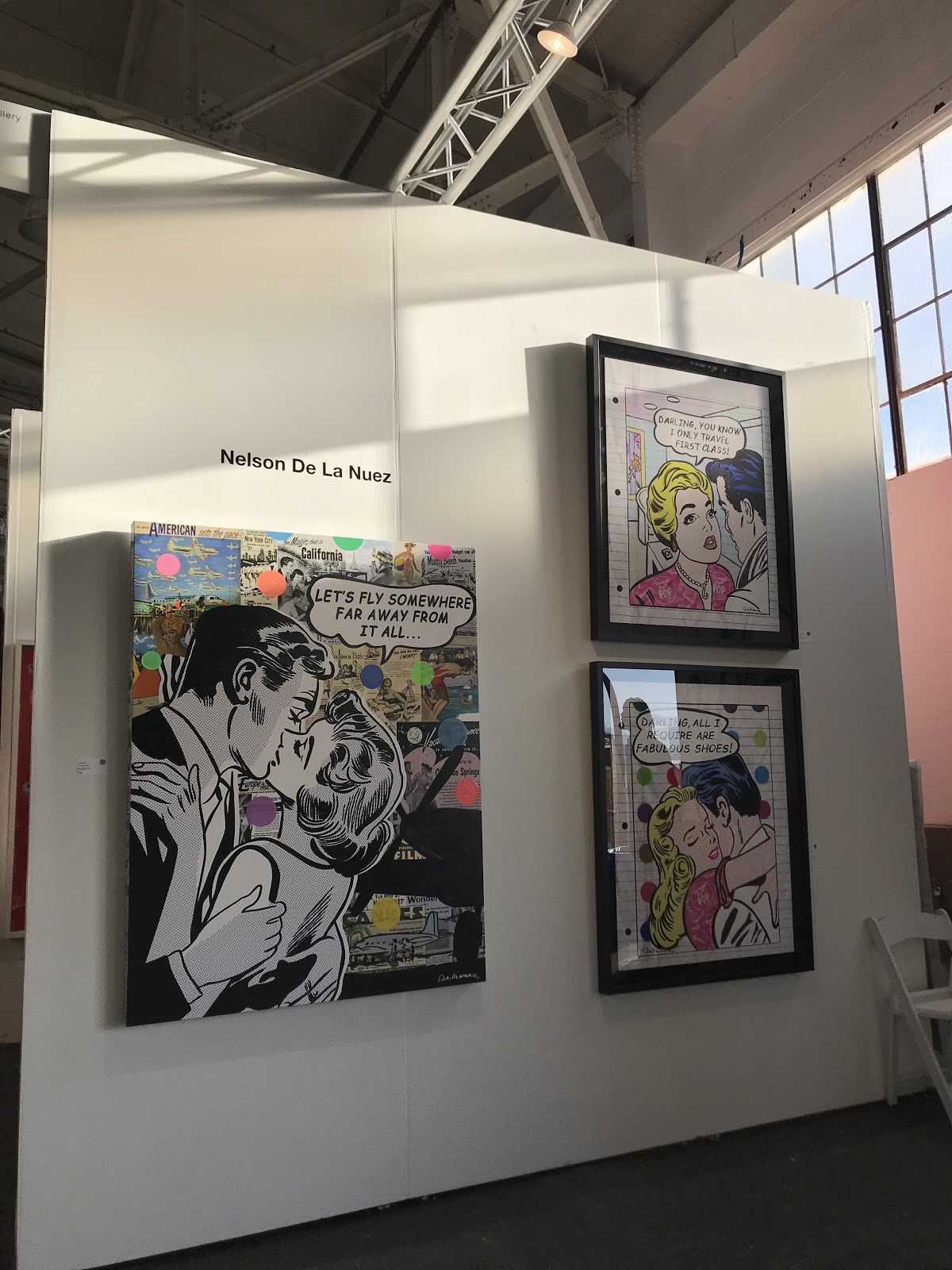 The Bruce Lurie Gallery also exhibited a record for San Francisco punk/ska band The Offs, whose first and only record had artwork done by none other than Jean Michel-Basquiat. 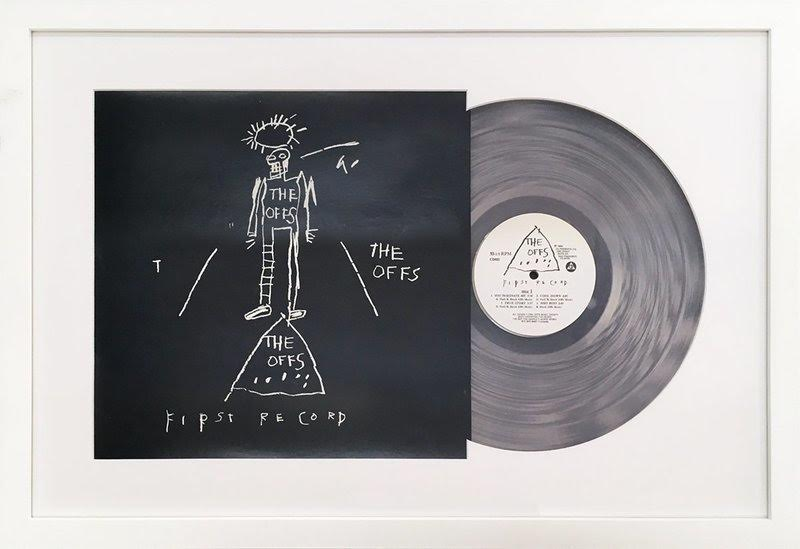 Basquiat wasn’t the only big-name artist whose work was displayed at SF Art Market. The Woodside/Braseth Gallery exhibited several works by painter Jacob Lawrence, who is widely known as one of the greatest 20th century African-American artists. The same gallery also held works by Roy DeForest, who worked alongside artists like William T. Wiley and Robert Arneson at UC Davis, and Robert Motherwell.

Speaking of art teachers at UC Davis, the Studio Shop Gallery from Burlingame, CA exhibited multiple pieces by painter Roland Petersen. His use of vibrant, exaggerated color is very similar to that of his colleague Wayne Thiebaud. Some of Petersen’s best-known works are those part of his Picnic series depicting the university’ annual Picnic Day event; in fact, UC Davis just held is 104th Picnic Day celebration on April 21, 2018. 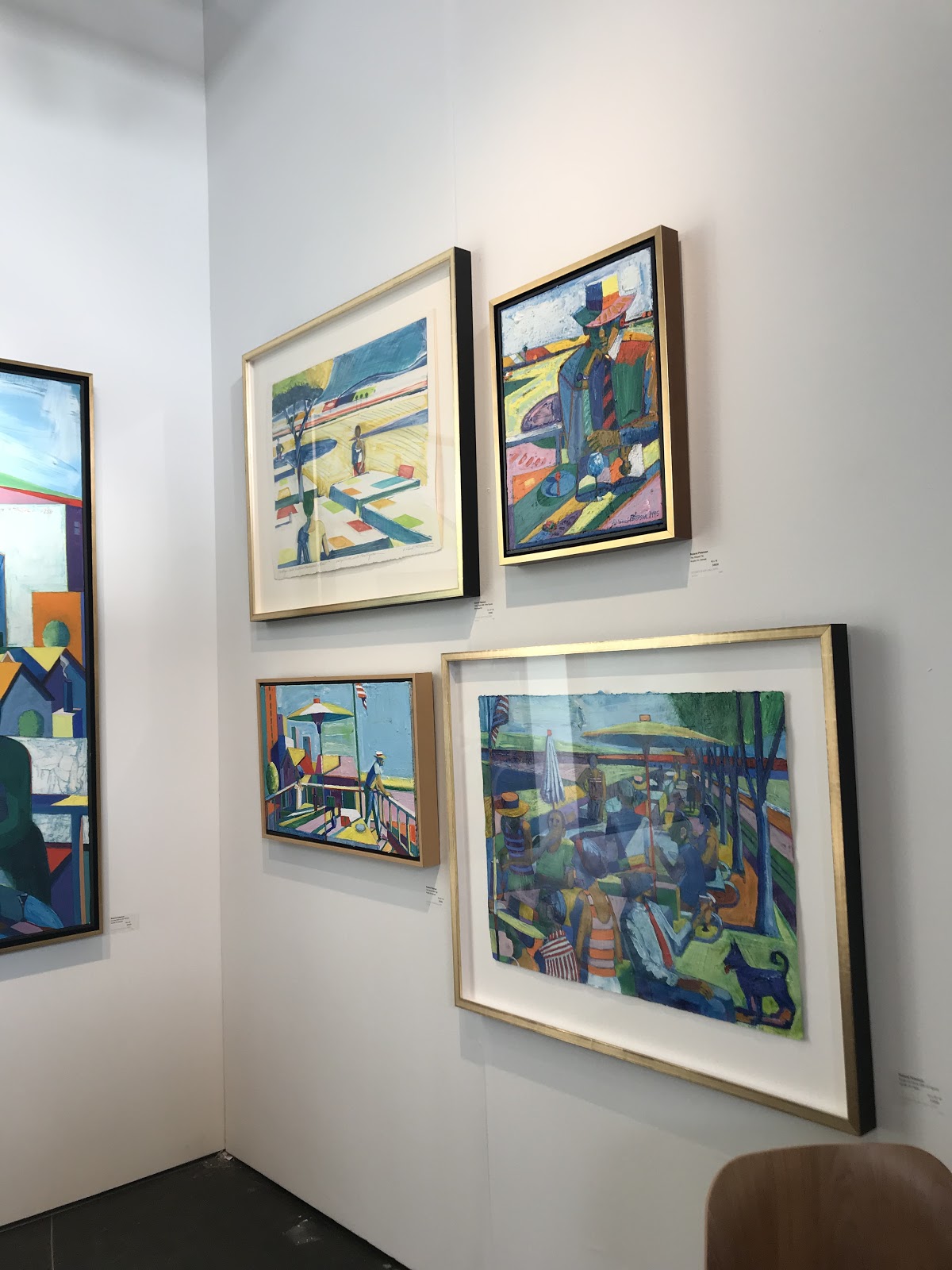 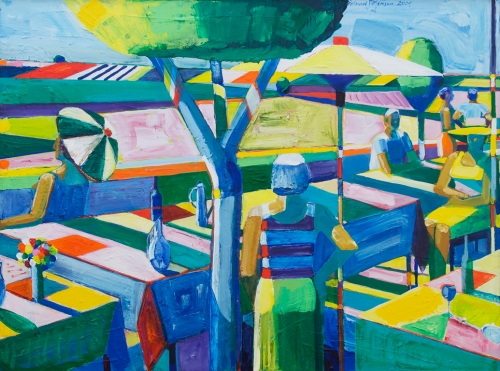 If you were really in the mood for a picnic, the #MAGAburger project invited people to cook and eat hamburgers while viewing a reproduction of Renoir’s Two Sisters on the Terrace. Courtesy by Ever Gold Projects, the project meant to bring attention to the “Appropriation” movement led by president Donald Trump, who (thinks he) owns the actual painting. The goal of the project was to perceive the work as the very thing it referenced. 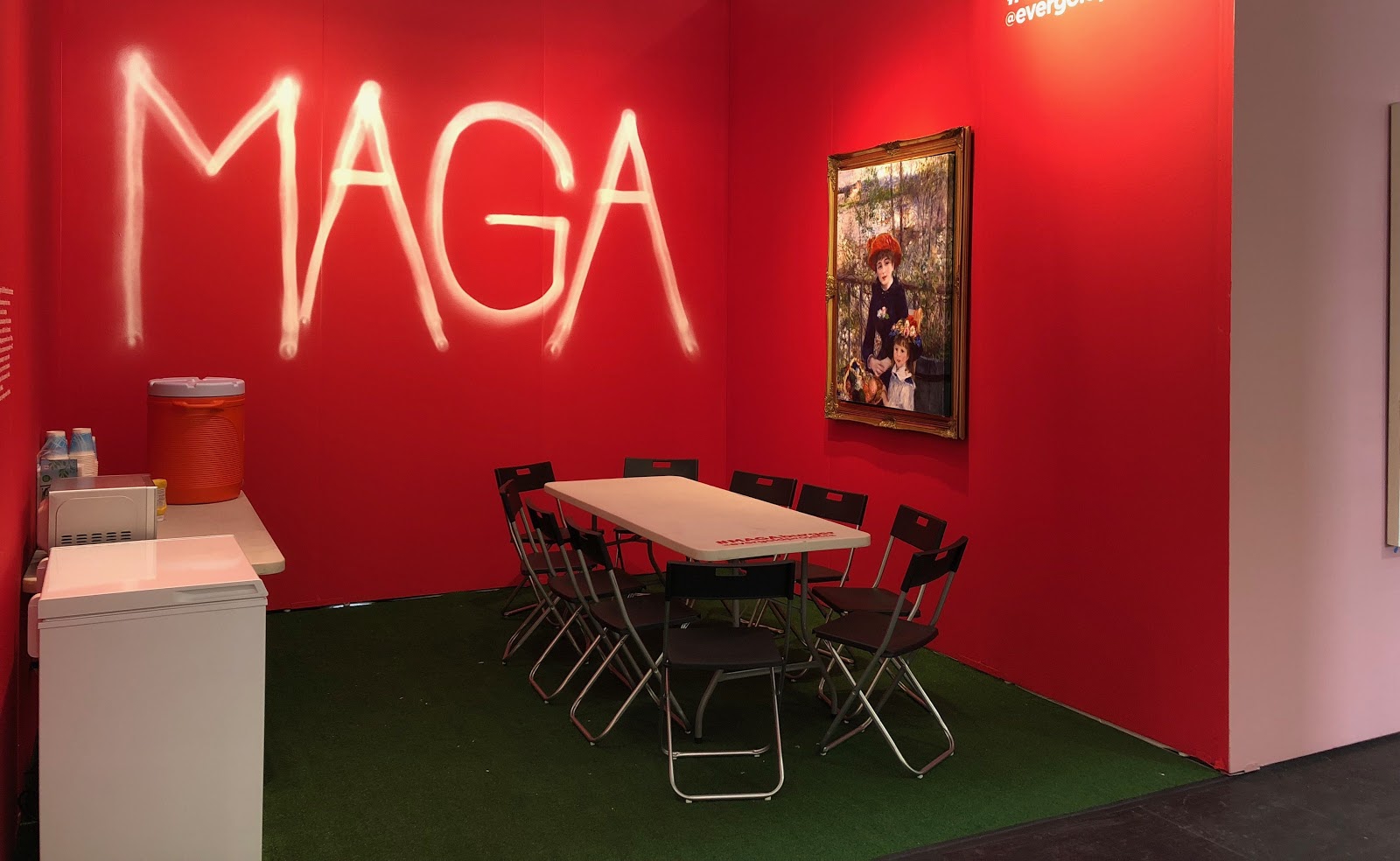 San Francisco Art Market only ran from April 26-29, but you can still check out the featured artwork on their official official website. If you attended this year, what were some of your favorite pieces? And if you’re not from the San Francisco Bay Area, let us know what local art fairs and exhibitions are near you!