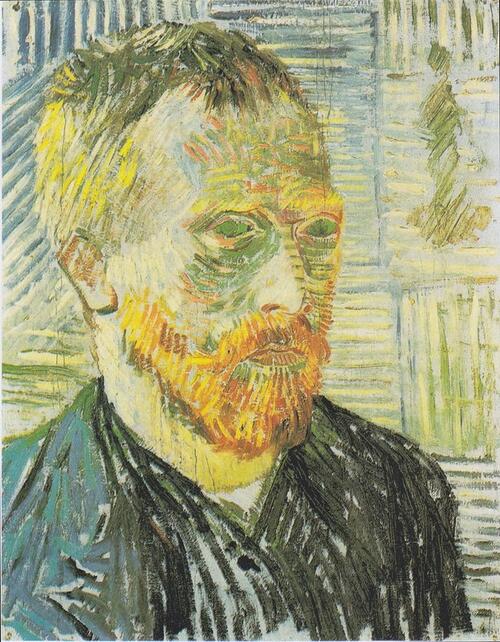 Bipolar disorder, previously called manic-depression, is best known for its highs and lows. You feel a can’t-get-out-of-bed depression. Then you feel manic dance-in-a-fountain-at-2-am joy. However, there’s a phase in there that often gets overlooked. It’s called “hypomania” and it refers to the ramping-up period just before mania sets in. Whereas mania can get out of control with delusions and reckless behavior, hypomania is more focused. During hypomania, artists with bipolar are able to create some of their best work.

Of course, no one wants to glamorize bipolar disorder. It can come with a lot of suffering - for family and friends as well as for the person with the diagnosis. Nevertheless, every difficulty has its gift. One gift of bipolar is the energy and imagination to create art. These eight artists created - in spite of, or perhaps because of - bipolar symptoms. 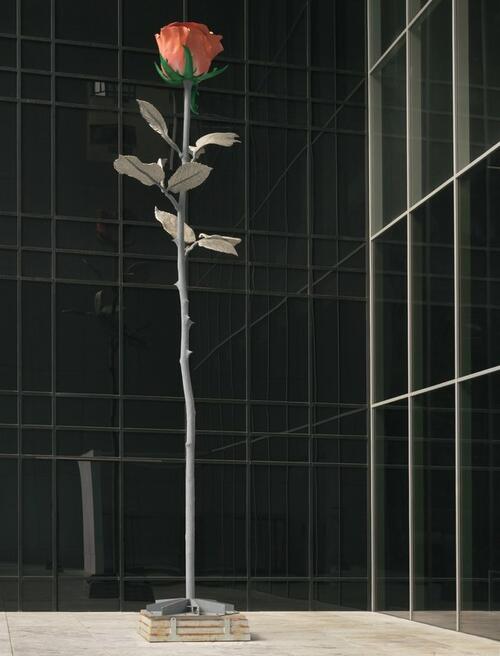 One of the most inspiring things about Isa Genzken is how open she has been about her struggle with bipolar illness. This woman is notorious for being media-shy. Her career has spanned four decades, yet her interviews are few and far between. In fact, one of her most well-known interviews is a short video clip called “Why I Don’t Do Interviews.”

Nevertheless, when she has spoken in recent years, she has been candid about what bipolar is like. Furthermore, she has shared her experience with alcoholism, including that a doctor told her in 2013 that she would never get out of the psychiatric hospital if she didn’t stop drinking; that was when she finally got sober.

Her struggles have impacted her career as an artist. In addition to periods of commitment, she spent time living on the streets. Furthermore, gallerists found her difficult to work with, which made it hard to get ahead. The fact is, the highs and lows of bipolar illness can make a linear career difficult.

Despite all of this, she has continued to prolifically produce works of art. She serves as a role model to younger artists who see her as fearless. In fact, The New Yorker says her “art and life are narratives of defiance” as she finds a way to continue creating through all of her mental struggles. 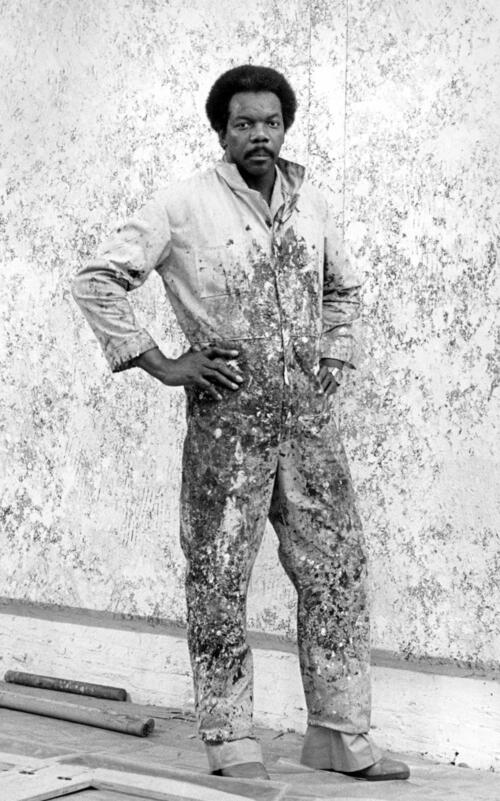 Sam Gilliam went on lithium to treat his bipolar disorder. It’s a complicated medication, and it can offer some relief but also many drawbacks. In his case, it damaged his kidneys, affected his ability to create art, and ultimately led to depression.

He was on the drug for decades, slowly coming off of it just a few years ago. He had been practically catatonic in his ill health. Suddenly, in his 80s, he’s creating again, and gaining recognition for his work. He's not letting the stigma of bipolar illness, being a person of color, or age get him back down. 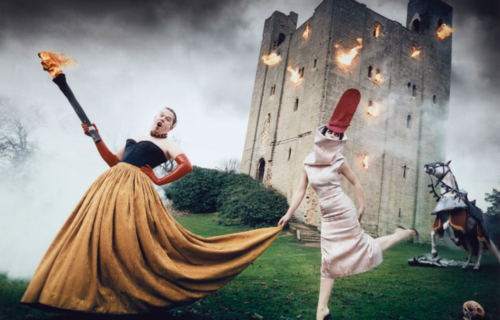 Burning Down the House by David LaChapelle

David LaChapelle has cyclical depression with mania that tends to kick in each spring. When he was young, it was debilitating, but his last period of suicidal depression was in his early teens. Since then, he’s learned to use diet, sleep, and creativity to work through his challenges.

In fact, some of his best art comes during his periods of mania. However, he knows that it can quickly slide into delusions or depression if he isn’t careful. Furthermore, he hates the stigma that comes with mental illness, and he doesn’t want to be locked into that as his sole identity. Nevertheless, we're putting him on the list, because he's a role model for others with bipolar even if he hates the label. 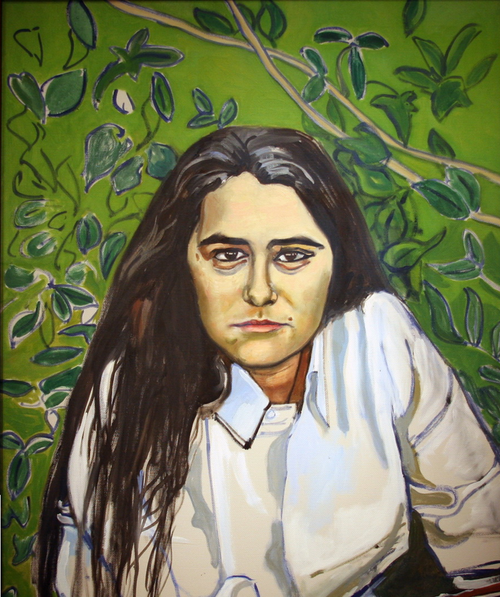 Feminist writer and artist Kate Millet had a terrible experience with mental hospitals. She was sent to two of them in the 1970s, and she became terrified that she’d be sent back. Nevertheless, she hated what Lithium did to her mind and body, so after six years, she took herself off of it. While she was traveling in Ireland, her worst fears were realized, and she was committed again.

She writes all about it in her book “The Loony-Bin Trip” which she dedicated to “those who’ve been there.” Many have argued that her own experiences with mental illness made her more sensitive to the suffering of others and therefore a more powerful artist in her own right. 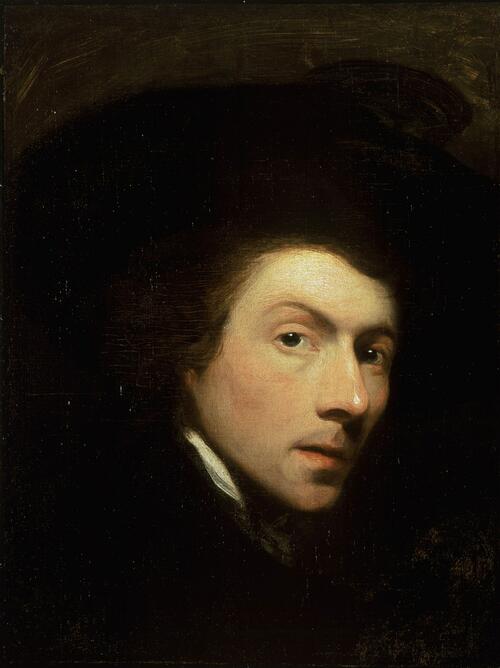 In his day, Stuart was accused of drinking, lying, and generally being reckless. When his work was great, it was very great. When it wasn’t so great, people blamed an inefficient assistant. More likely, his uneven style and radical changes in behavior were due to bipolar.

Although the Ancient Greeks were the first to recognize that depression and mania could co-exist in one disease, bipolar wasn’t a diagnosis in the 18th century. However, author Dorinda Evans makes a solid case for the artist’s posthumous diagnosis. In fact, this disease has a genetic component, and by all indications, it was passed down through his family.

There are three other popular artists commonly “diagnosed” posthumously with bipolar: Edvard Munch, Vincent Van Gogh, and Jackson Pollock. Such a diagnosis is made by looking through the artist’s work, writings, and stories about their lives. 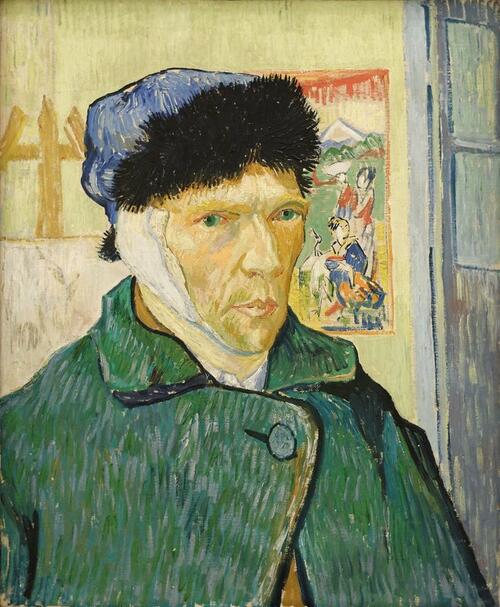 If ever there was an artist who fascinated the world of mental health, it was Vincent van Gogh. In fact, more than 150 doctors have tried to diagnose him posthumously. We know that he struggled with mental health issues, although the diagnosis is unclear. We know that he cut off his own ear and that he died by suicide, so clearly he was struggling with something.

The most likely diagnosis is bipolar with complications from alcohol addiction due to his fondness for absinthe. It isn't uncommon for people with bipolar to self-medicate with alcohol. Isa did it and so did van Gogh. 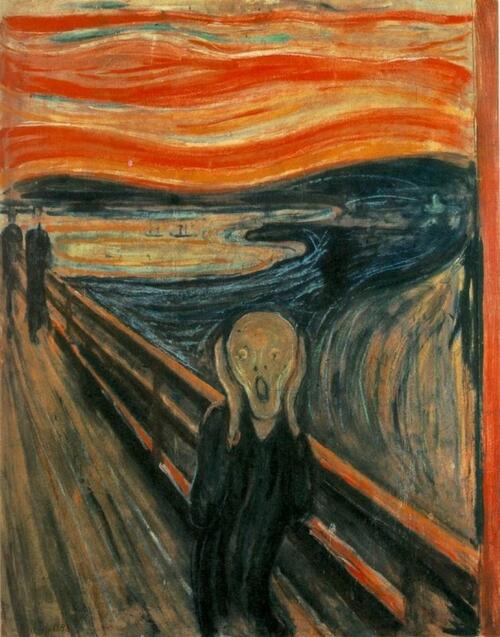 The Scream by Edvard Munch

Edvard Munch is another artist who may have had bipolar illness. Just look at The Scream and you know something terrible was happening in that man’s mind. He reported visual hallucinations, which can be a symptom of mania.

Portrait and a Dream by Jackson Pollock

Psychiatrists have argued that symptoms like these enabled the artists to have creative breakthroughs. For example, one research paper found that an improvement in treatment helped Jackson Pollock break through and led to the entire development of the Abstract Expressionist Movement. A gift indeed.

This post is part of our ongoing series on Mental Health in Art History.
Sources

My roommate went on a totally unhinged rant about how I was abusing my partner and dog and that he should get out while he could. Turns out she has BPD. still untreated of course and teaching kids now...

BPD is so devestating.

Unfortunately, my husband was also diagnosed with schizophrenia and the doctor told us that medical cannabis can improve the patient's condition.