Joan Miro and a Heist? Simpsons Did It

As if I didn't love this show enough (critics of later seasons be damned!), last week's episode was centered around a Joan Miro painting, its theft, and Springfield's very own art museum.

It all starts at Sothe-..I mean Gavelby's auction house, where Homer is outbid on a Joan Miro painting titled The Poetess. 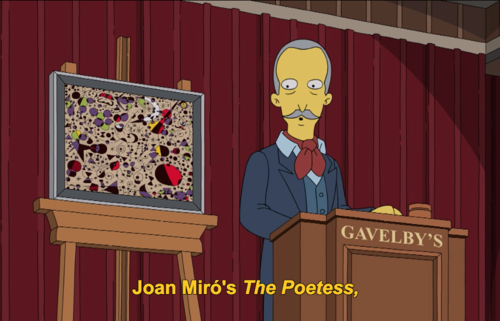 Now, it's significant enough that Homer likes this work of fine art. I'd peg him as more of a George Bellows fan. And there is a hilarious exchange with Marge in bed where she cannot BELIEVE he has the audacity to like something *gasp* abstract! 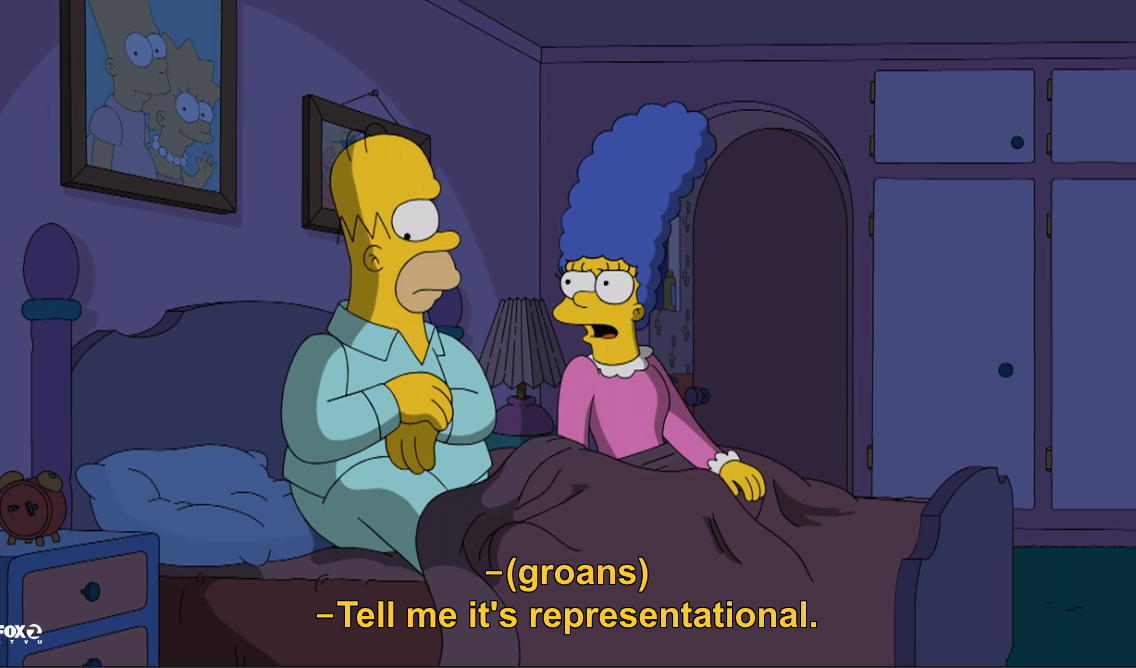 “It’s OK to be an art lover, as long as it’s representational!”

Sort of crazy to think that people used to (and still do, but also used to) actually think this.

The whole episode stars Bill Hader as a hilariously retro (aka sexist) private investigator because the painting in question is stolen. I gotta say, I probably missed some of the '70s TV show references. No really, I have to say that so I feel young again.

The gags were funny nonetheless, but obviously we are here for that sweet, sweet museum content. So, Homer is chaperoning a field trip to the Springfield Museum of Fine Art when he becomes baffled by his own interest in the painting. He muses:

"Art should be of pretty ladies. Hunting dogs with dead rabbits, bible crap and 3D sidewalk drawings where it looks like you can fall in!"

Alas, Homer is entranced by the abstraction and feels like he is finally “in the know” about art: 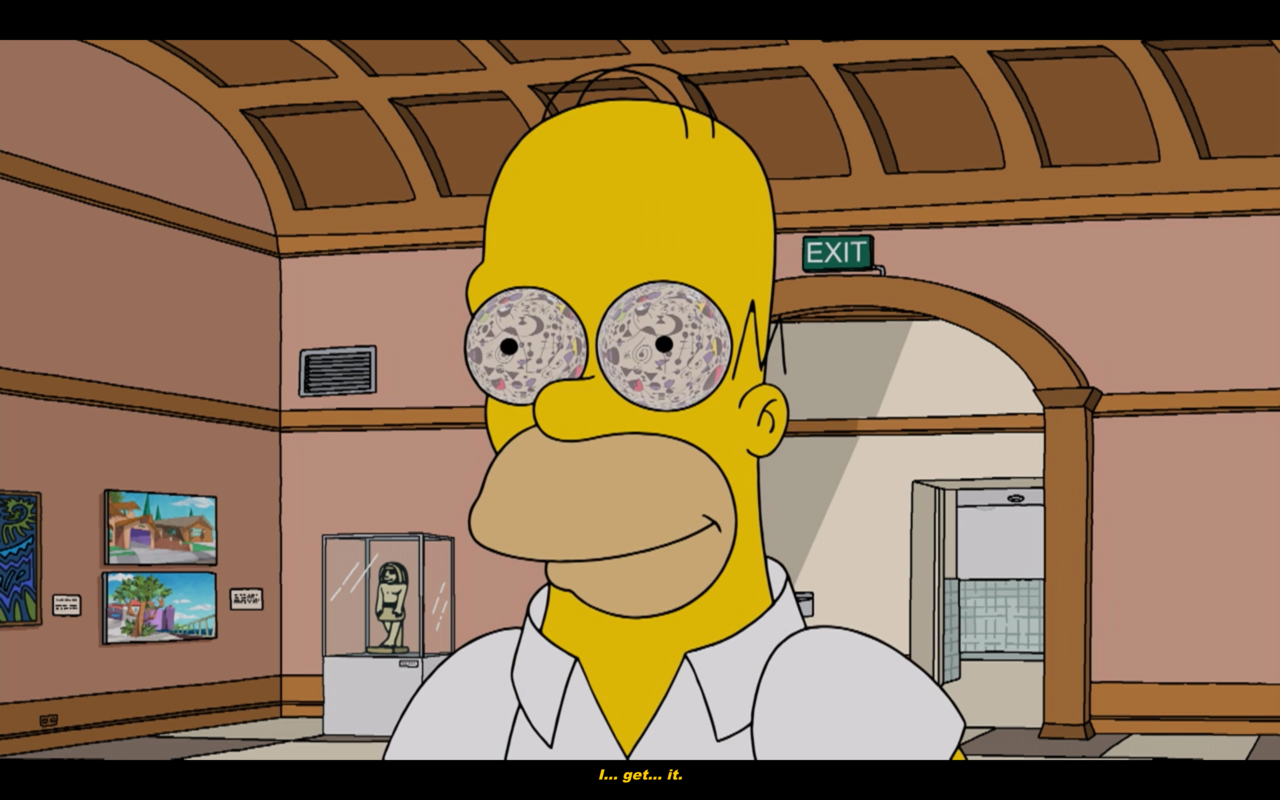 The museum itself is filled with nods to other artists. We specifically appreciated the Picasso-esque gallery in the background. Peep the cubist Simpsons house in the screenshot above and: 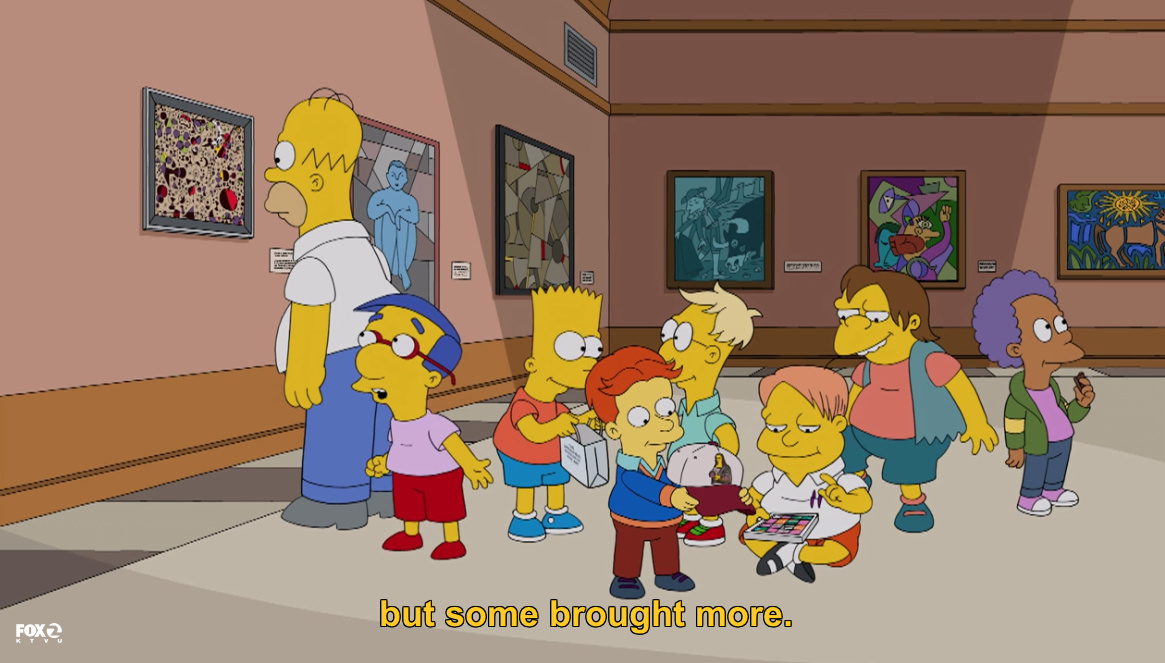 Shout out to the Mona Lisa baseball hat and Milhouse whining, as per usual.

The painting begins to occupy Homer’s every waking moment, and even his dreams in a particularly awesome animation of him romping through the composition. 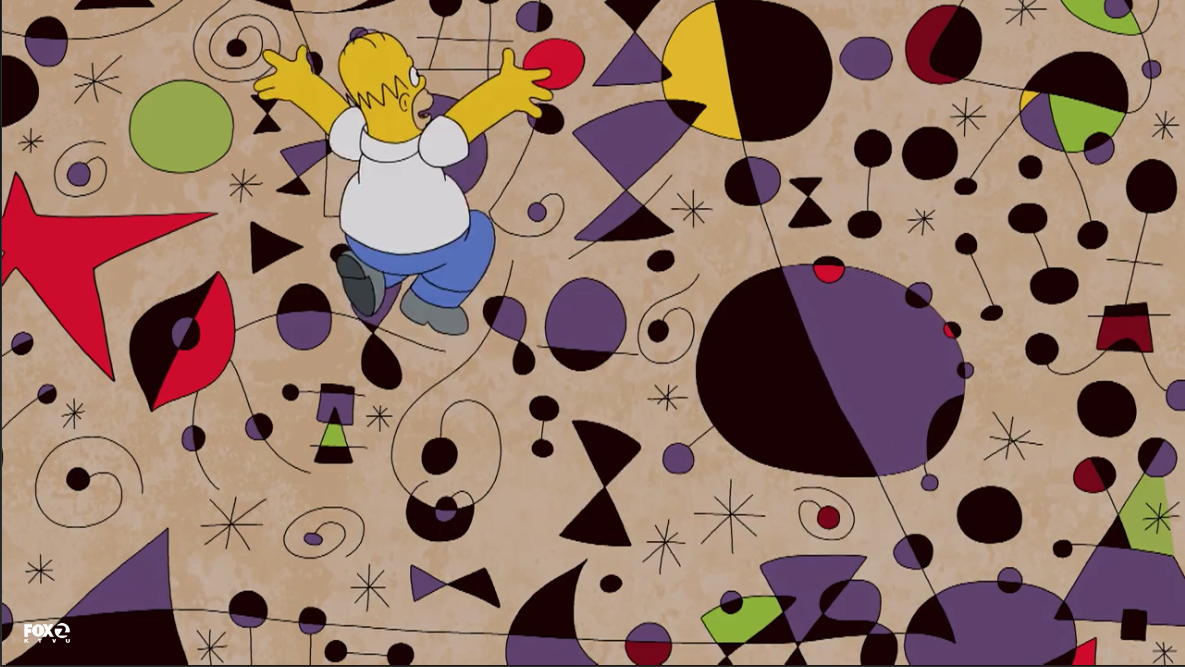 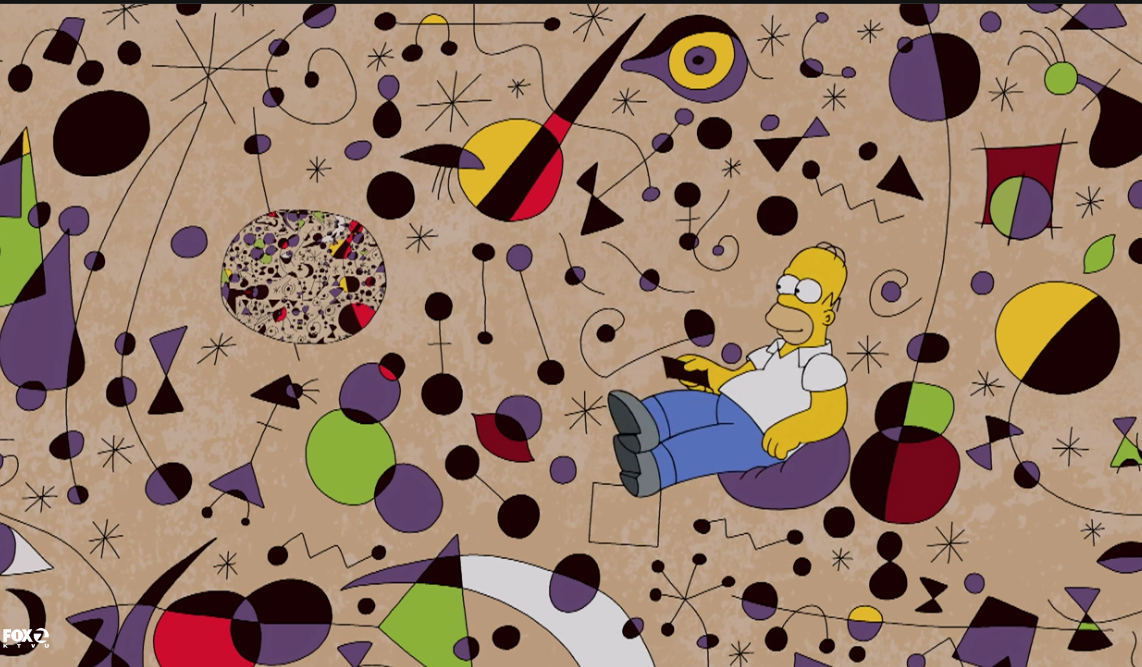 Bart is less than impressed with Homer’s new obsession, but even his hijinks fail to get a rise from the often strangle-y Dad, who instead sees this: 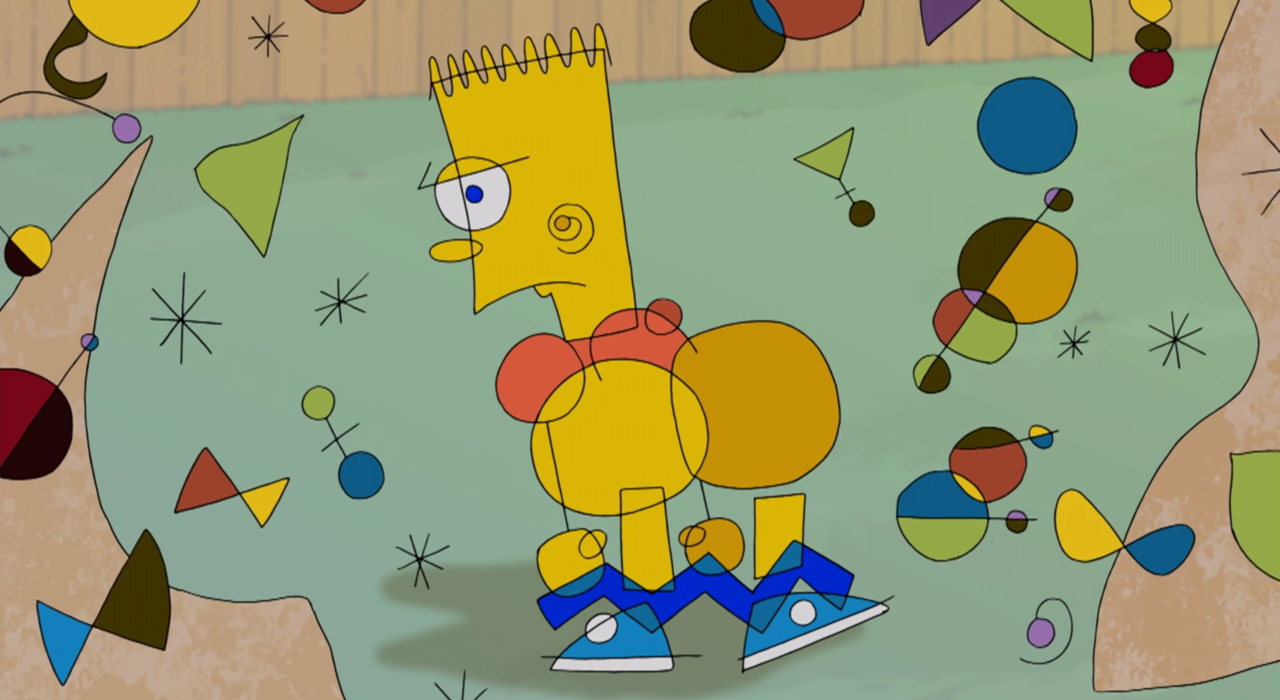 Unlike Bart, Lisa is thrilled at her Dad’s new passion for art and they visit the museum together...only to find out that it has closed and they are selling off all the artwork!!

All the paintings are going to the auction house where “a billionaire will buy it and you’ll never see it again,” as the museum custodian astutely observes.

This whole episode is sort of a love letter to public art collections and a “ripping-a-new-one-of” what cities actually spend money on, as seen in this classic Kent Brockman news gag: 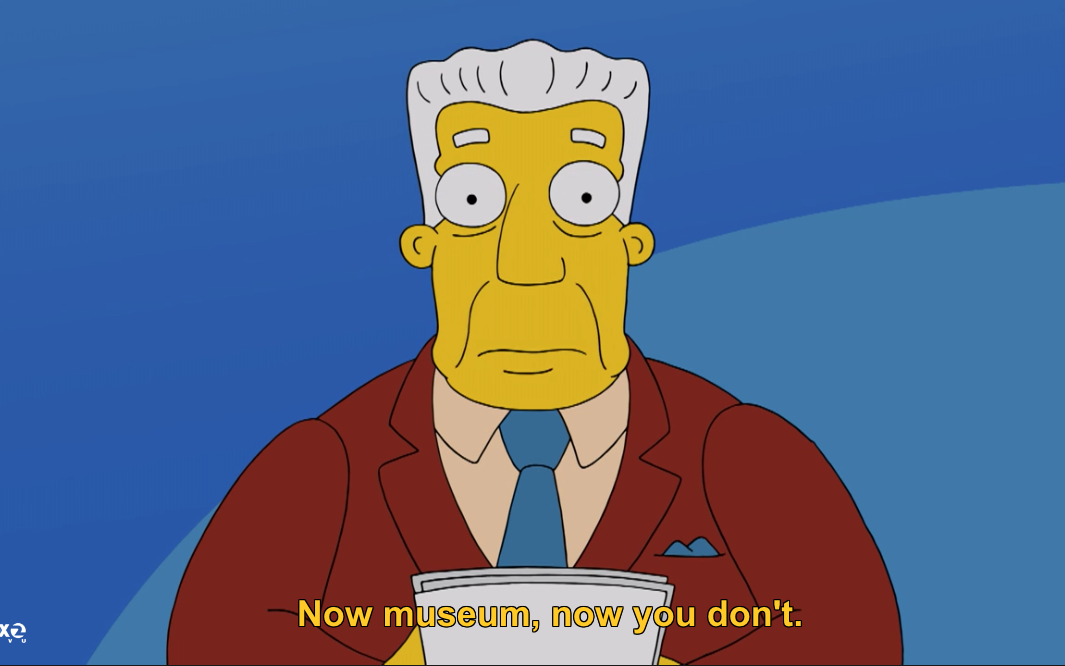 ...featuring a spoof on Blue Boy by Thomas Gainsborough (and a quick jab to museum docents everywhere.) 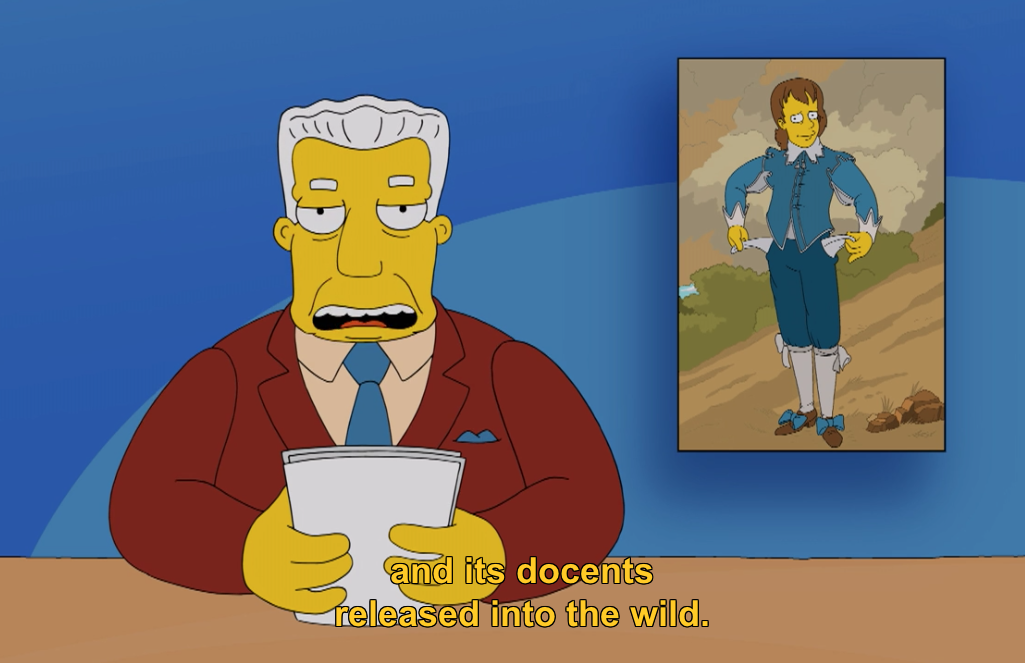 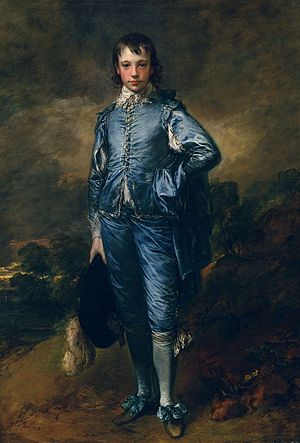 Kent goes on to say that the decision is being protested by museum lovers and…? 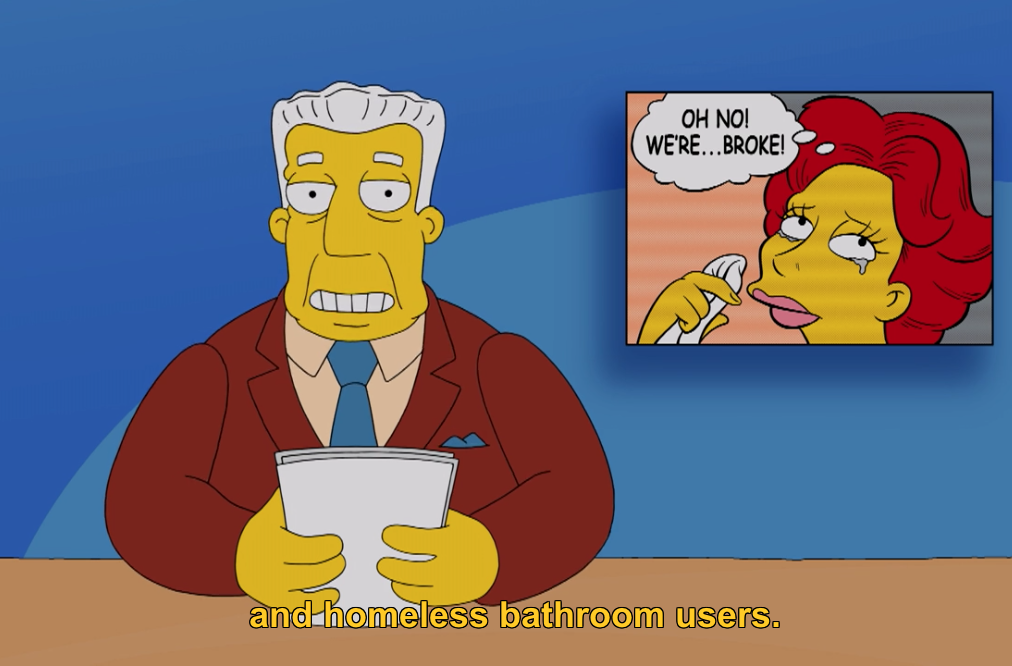 Rude. But does feature a take on a Roy Lichtenstein, so we’ll let it pass. 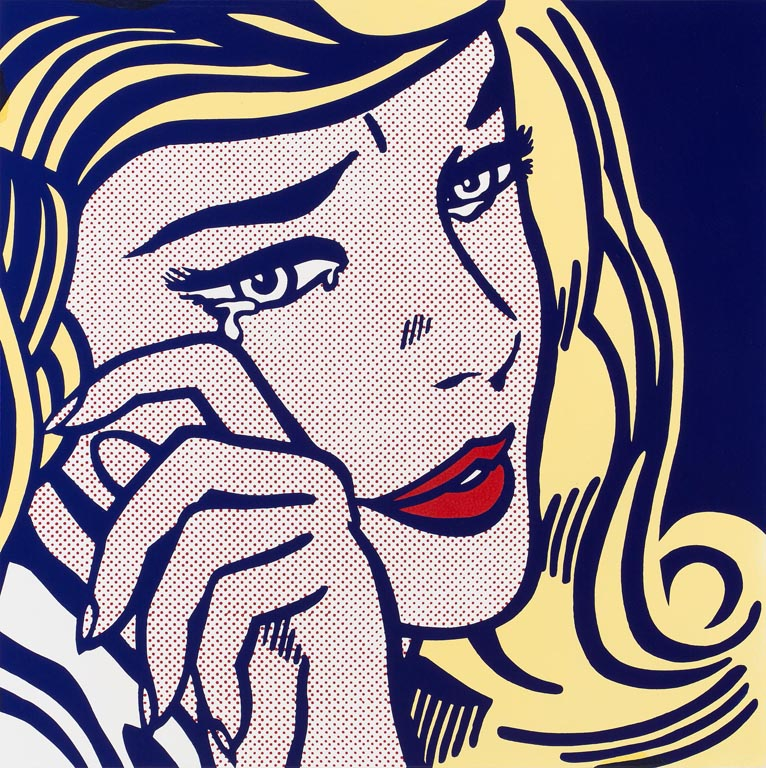 Maybe it’s just the political climate nowadays, but I was livinnnng for the protest chants and signs outside the museum that came next: 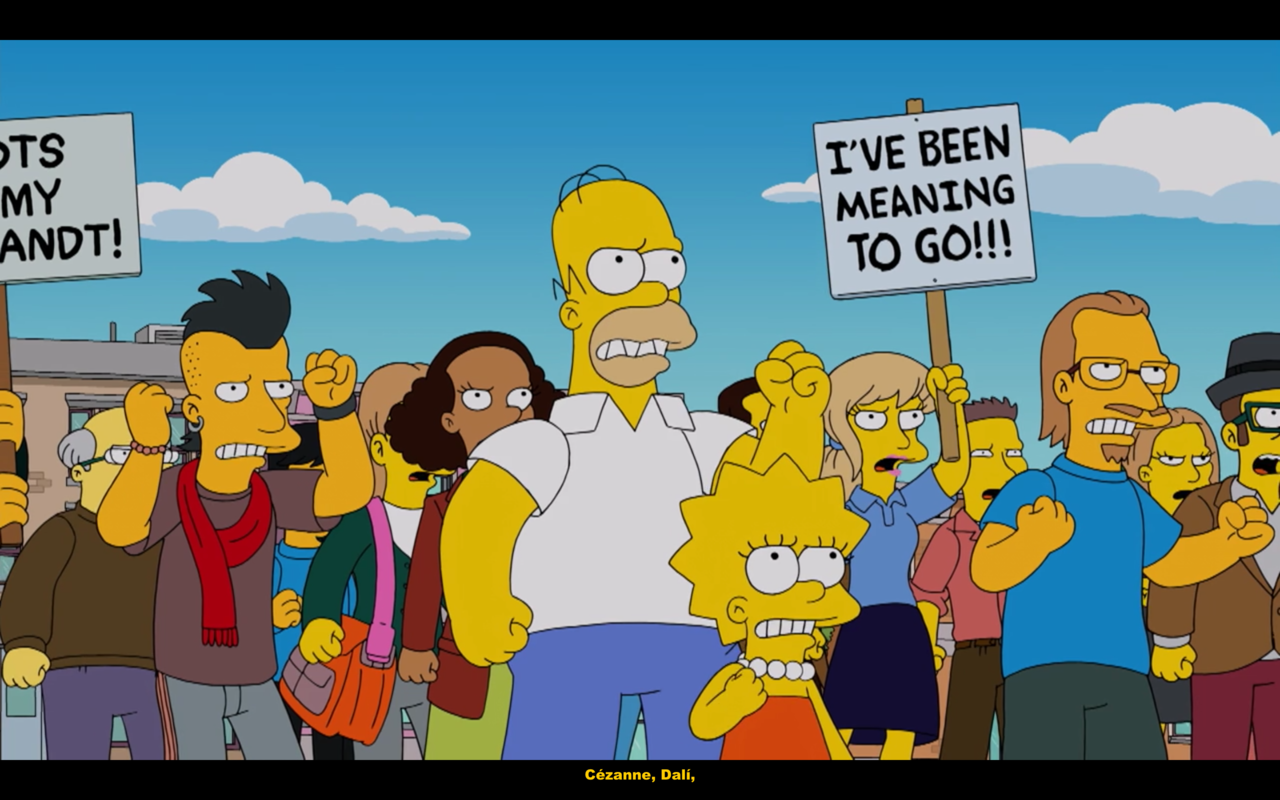 The crowd shouts "Picasso, Goya, Cezanne, Dali, selling off artwork would be folly!”

And my personal favorite: 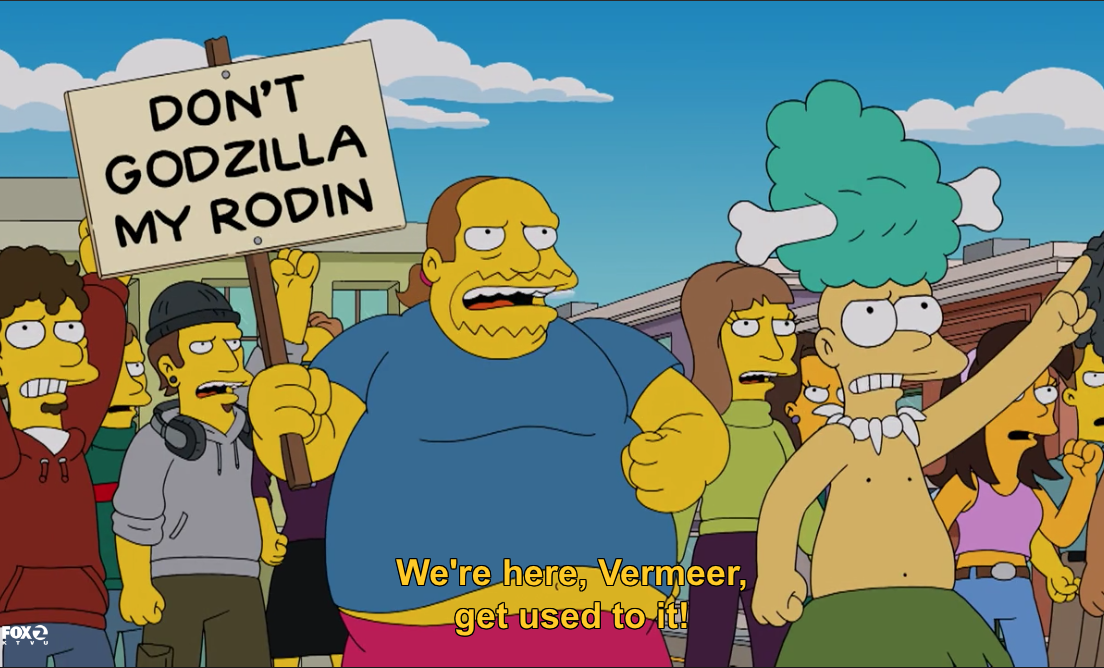 In classic Lisa form, she pleads to Mayor Quimby to save SMOFA to which he replies "STOP SAYING SMOFA!" 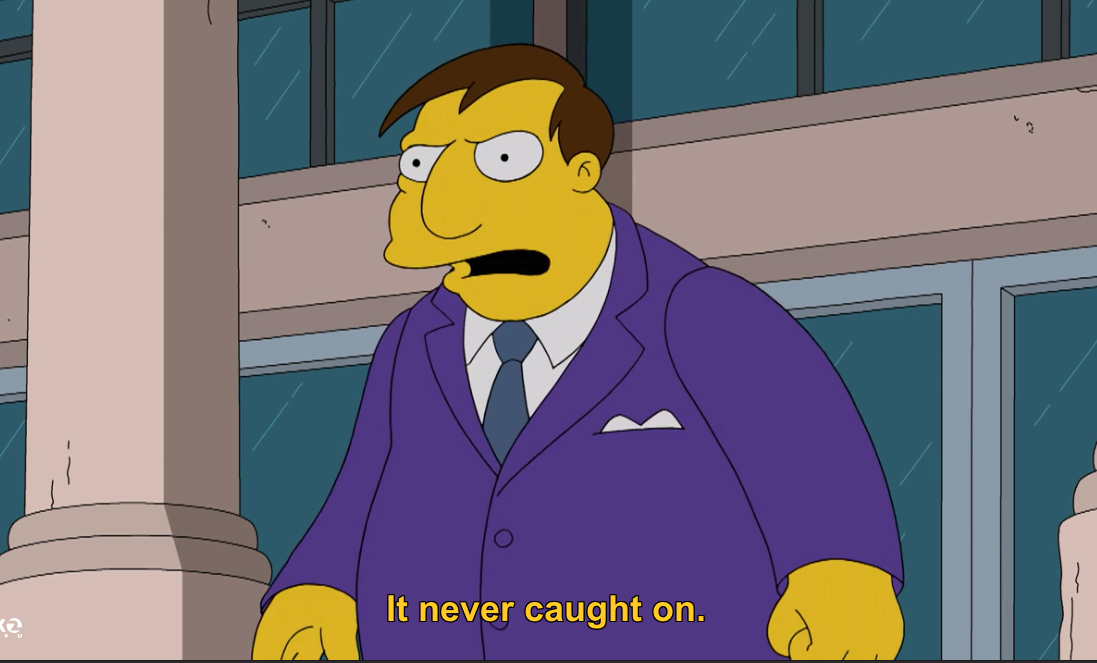 Quimby notes that museum attendance was near zero and people kept stealing the audio wands. Cut to the bullies smashing walnuts with them while ignoring some astute observations about Edward Hopper. (“Notice how Hopper’s use of windows invites the viewer into the scene, but also keeps them at bay.”)

I won’t ruin the mystery of the episode for you, but SMOFA, sadly, gets replaced by a gigantic football stadium, which sounds all too familiar to my fellow art lovers and sports haters, I’m sure. 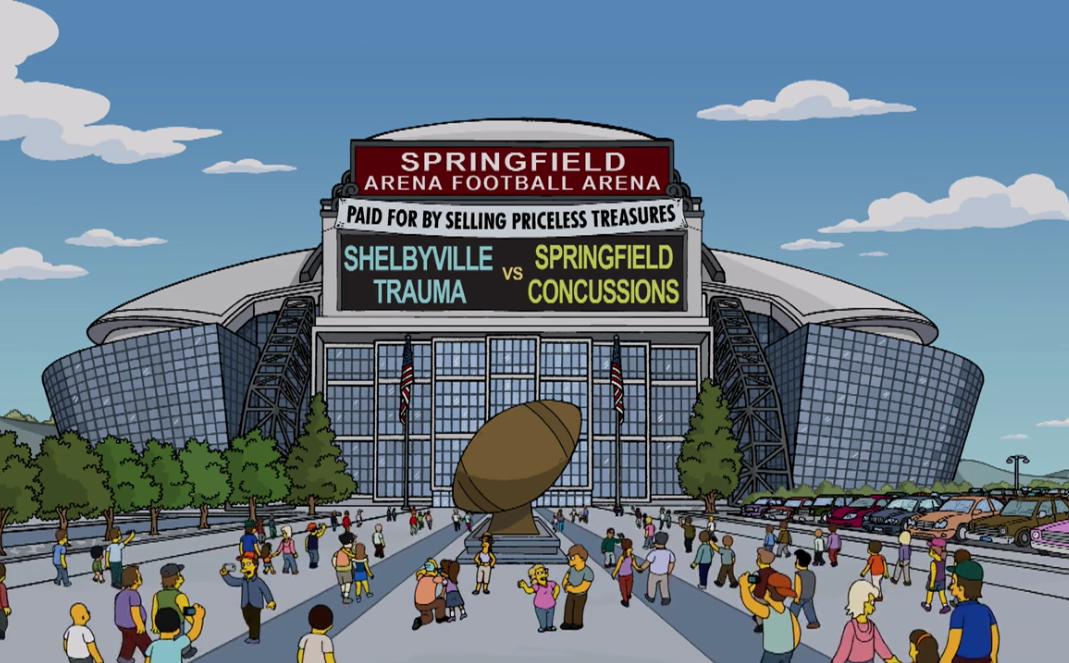 Sweetly, the episode ends with Homer saying” Everything I love in one place. Beer. Hot dog. Bathroom. Painting. Daughter.” 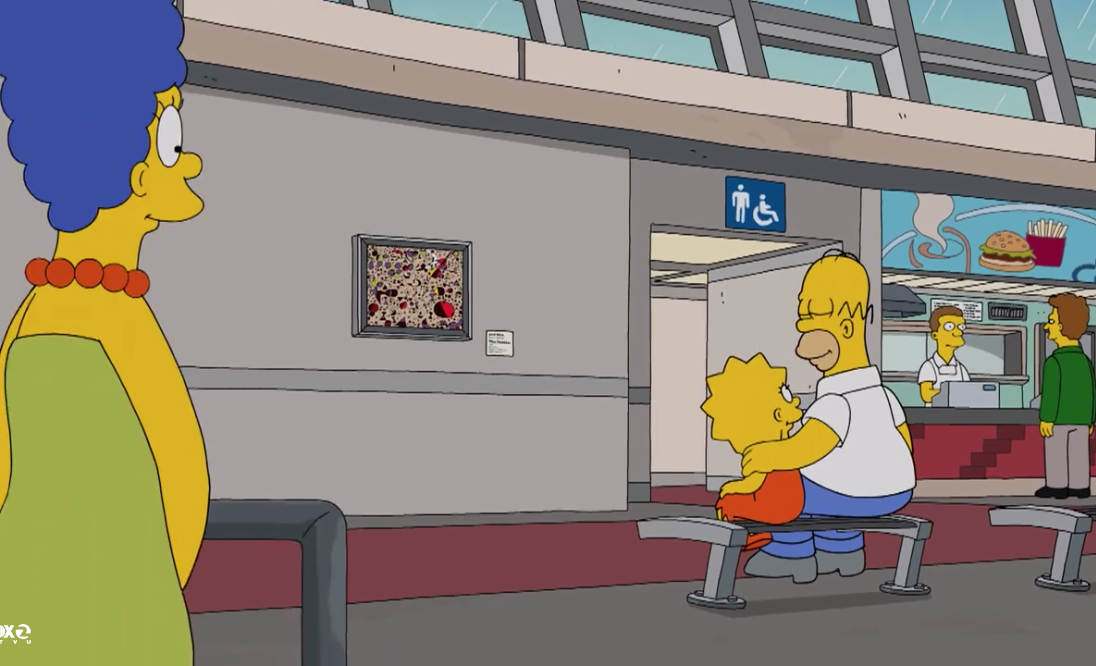