Jesus is the reason for the season

March means Easter, and we all know that Easter means chocolate eggs, cute lil’ bunnies, and a pastel aesthetic that even the gothiest of goths can’t resist.

But before Easter became a non-denominational all-you-can-eat peeps fest, it was mostly about this totally ripped dude named Jesus Christ who spent half of his life as a baby and the other half covered in thorns and hanging from a giant wooden cross. Three days after he was crucified, Jesus rose from the dead and made something of a kerfuffle and also gave Christians the promise of eternal life. And that’s Easter. 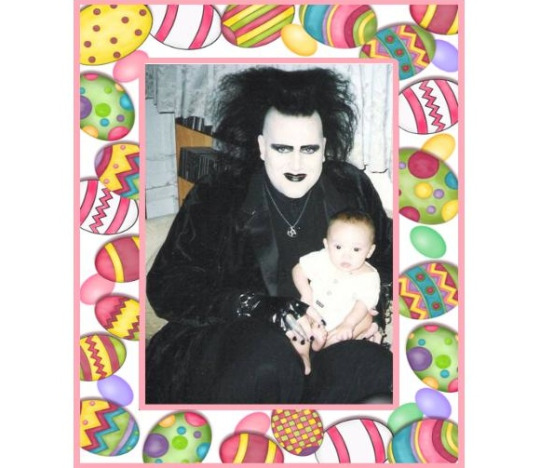 A goth man and his regular baby on Easter.

Now, Jesus was a pretty swell guy and also one of the most popular subjects in art history so it’s only fair that we give him a blog post of his own. Without further ado, the life and times of J.C. as told through some of our favorite paintings: 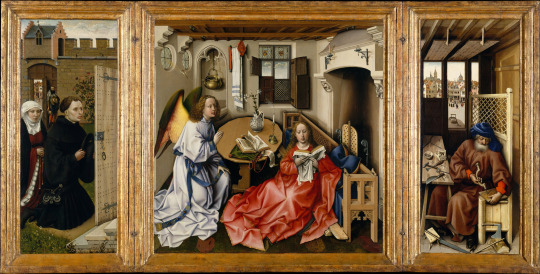 In this painting we see Mary reading a book in her velvet snuggie and doing her best to ignore the angel in the room telling her that she’s pregnant with God’s baby. Everyone else seems to be trying to look busy, too. 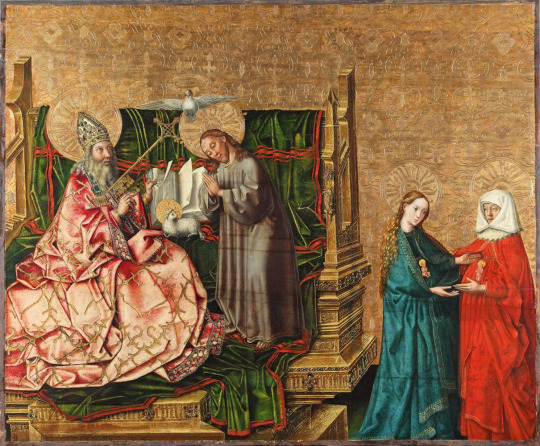 Sure enough, Mary was hella pregnant with a sweet seven pound baby Jesus. Here God sits in the hot seat in some pope bling as the Virgin Mary and Elizabeth (mother of John the Baptist) stand by with their mini fetuses casually chilling outside of the womb. Mini Jesus is looking pretty dang cute here but God’s saintly lamb is kinda outdoing him, tbh. 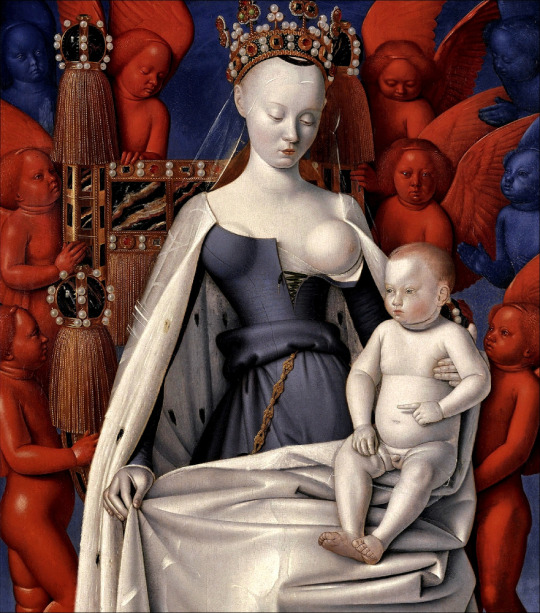 Looks like things kind of took a turn for the worse when Jesus finally popped out. I guess the artist had never seen boobs before. Also Mary needs to put some pants on that holy baby Jesus weiner. Also there are a bunch of weird sunburned babies in the background. Also nope. 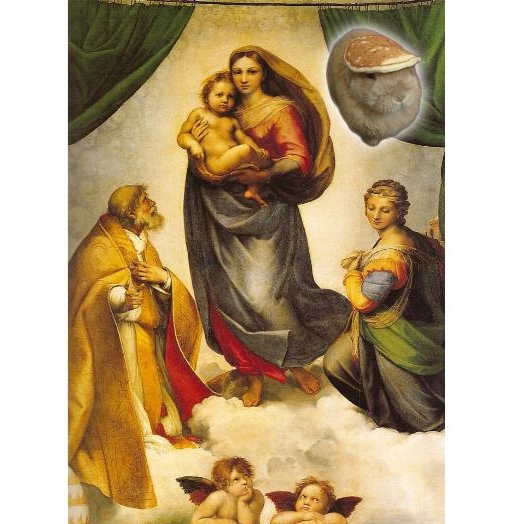 I took some creative liberty with this one and added in a holy pancake bunny. In the name of Easter. 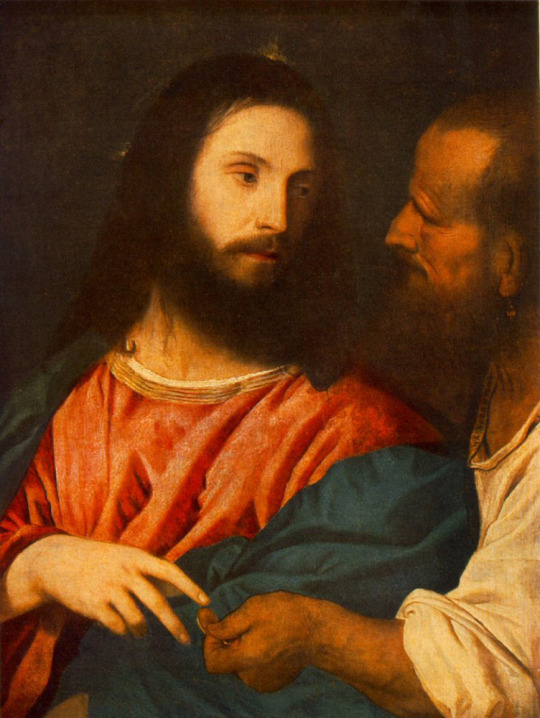 Ah! At last! Grown-up Jesus. For some reason nobody ever wanted to paint kid Jesus or even teen Jesus so we don’t get to see any evidence of his scene phase. But here’s J.C. teaching the Pharisees a lesson about their taxes: give your praise to God and your money to the Roman emperor. 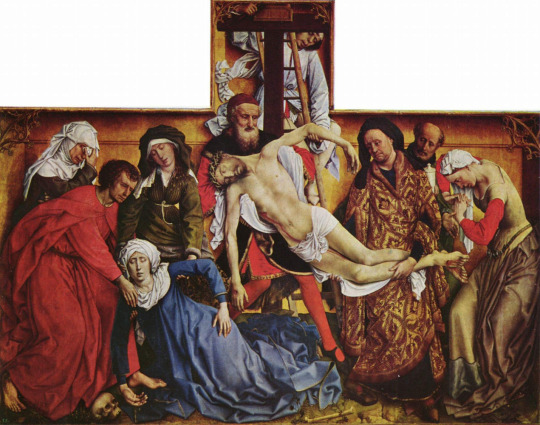 Despite his sage advice to the Pharisees, things didn’t go so well for Jesus and he died. Everyone was devastated. 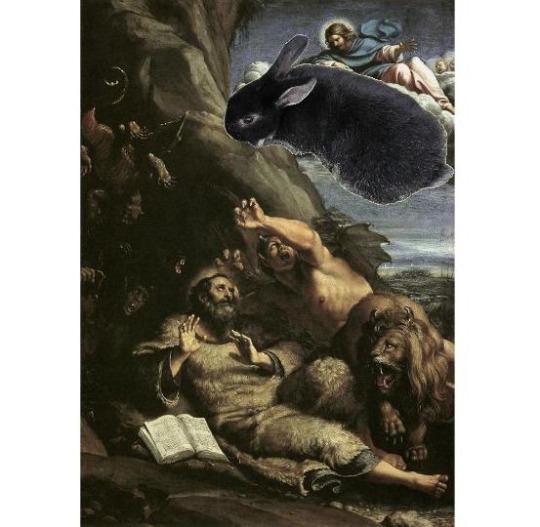 It all turned out more or less okay though, cause Jesus was resurrected after three days and spent the rest of his (after)life appearing to those in need as God’s right hand man. Here’s Jesus flying in on the Easter bunny to rescue Saint Anthony Abbot from the Devil.

If Judaism is more your thing check out last week’s Purim blog covering the art history queens of our hearts.