Classics Now in Color at the Legion of Honor

The Legion of Honor's new exhibit Gods in Color: Polychromy in the Ancient World offers a big surprise: the show revolves around reconstructions of many famous Classical sculptures as they were originally intended—in color.

Yep, that’s right. This exhibit, which runs from October 28 through January 7, turns that whole ancient, elegant, totally boring, white marble statue concept on its head. Truth be told, the Greeks were all about color. 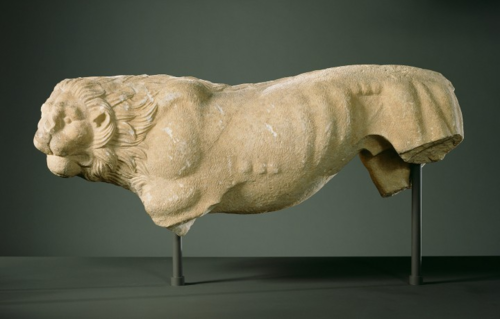 Take this lion statue. What we assume always looked like this... 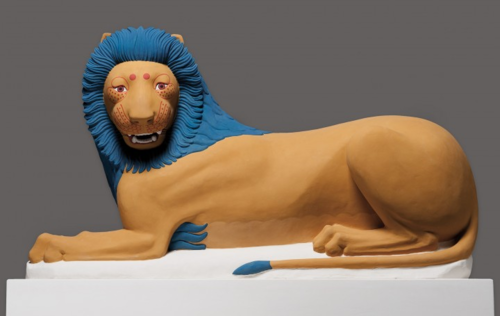 I know what you’re thinking: oh my god, yes. This is the greatest news I have ever heard. And you’re right. But ancient polychromy is not such a new concept to researchers. It is, however, only recently that people have begun to uncover strong evidence for what these colors and patterns actually were. Needless to say, the process has been complicated.

Part of the reason for this is that the Greeks had to be pretty creative with how they got their colors—dirt, rocks, minerals, plants—and each material had a different length of durability. While some mineral-based pigments like red and blue could last for centuries, other materials, say, ochre (a type of clay), very quickly wore away.

So what did researchers do? They went crazy. Ultraviolet radiation, infrared radiation, and infrared luminescence (not to mention visible light, if you’re lucky) were all used to search for traces of color. Identifying what those colors were was another story; electron microscopes were used to look for color types hidden at levels we could never see with the naked eye.

So if the Greeks originally painted their sculptures, why, you ask, did we seem to forget all about this? That’s a great question. You can largely thank the Italian Renaissance for that one. I’m looking at you, Michelangelo.

See, originally, the Greeks thought sculpting and painting were two very fine crafts that went very well together. But by the time the Renaissance rolled around, the Italians got their hands on these antiquities and were all about their form and composition, not their color (much of which had not survived to this point anyway). What made a sculpture impressive, they thought, was the physical shape, how the artist could mold and craft such sweet bods. Their color, what was left of it, was hushed away and largely forgotten. 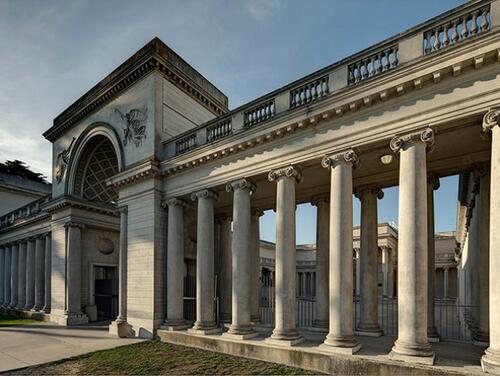 This misconception, an idealized Classicism, you might call it, where all structures are white and sterile and boring, got into the heads of even the most well-intentioned art lovers and admirers. Even the Legion of Honor’s architecture was designed to imitate this false, Classicist myth! The sparkling white pillars and rooftops you can see today, gorgeous as they are, follow a long tradition of idolizing a culture that was in actuality nothing like this.

There’s no hard feelings though—the curators of the exhibit admitted that housing these painted reconstructions within the Legion of Honor’s Classicist walls makes for an “interesting dialogue.” It’s true—many of the museum’s permanent Classical Greek sculptures (the boring, white ones) have been temporarily moved to this colorful exhibit and it’s pretty freakin’ cool to be able to see both representations together in one place. 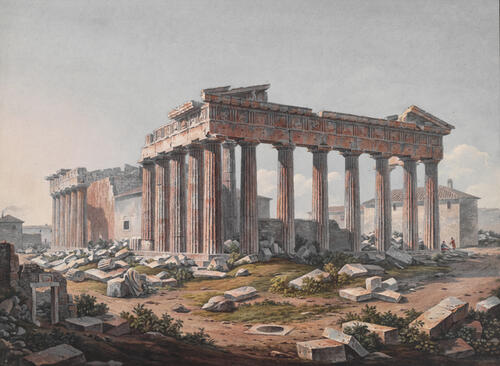 Speaking of architecture, the exhibit also showcases English antiquarian Edward Dodwell and Italian artist Simone Pomardi’s Grecian landscape watercolors, made during their trip to Greece in 1800 and 1805. These two pals were lucky enough to see these monuments while some of them still had visible color. That visibility has eroded away since then, but thankfully Dodwell and Pomardi made sure to document what they saw using a portable camera obscura and translate their images into paintings. 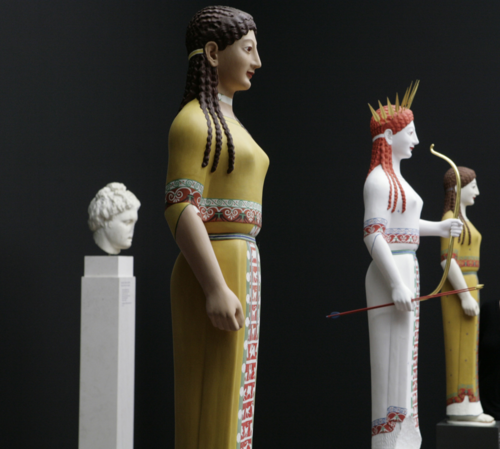 This was a very cool exhibit to be able to preview, in part because it completely changed my perspective on what classical Greek antiquity really entailed. I also learned that color helps researchers better understand the "narrative" of the artworks themselves. What may have come across to us once as a naked torso becomes now, thanks to researchers finding remnants of gold pigment, very gaudy chest armor.

Sometimes the colors help to define or detail the work, but other times they completely change the subject: a maiden becomes a goddess, another woman probably died before marriage—all of this we learn simply by the patterns and ornaments highlighted through discovering their original colors.

While the exhibit largely displays Classical Greek sculptures, the show also features work from the Near East, Egypt, and Rome. Back then, everybody was doing it. And it’s about time the rest of us learned about it! So if you’re around and want to have your mind blown,head over to the Legion of Honor and check it out before it's gone!