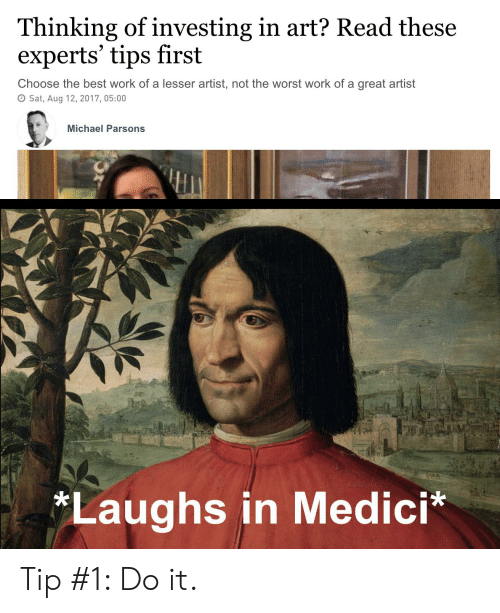 If it weren’t for the Medici family, some of our favorite Renaissance artists would have died of starvation and even worse, in obscurity. Some of them did, but the Medicis saved as many of them as they could. They didn’t want to be heroes, they wanted to be rulers. The Medici family were the real OGs and their back story is sure to convince anyone.

The family moved to Florence sometime in the 12th century. They must’ve grown tired of the village life in Cafaggiolo. The big fish in the small pond eventually gets bored of the small pond. Now, I have no idea if the Medicis were the big fish of Cafaggiolo, but they grew a fair amount after the big move. Within the century, in 1397, Giovanni Medici had established the most popular bank in Florence. I guess big fish can make it rain.

Cosimo or Cosimo the Elder was Giovanni’s son. He initiated the unofficial rule of Florence and crowned himself king. His kid, Piero could care less about banking. He just wanted to be a ruler. Unfortunately, there were way too many people who’d do anything to stop that from happening. Piero walked a fine line and managed to die of natural causes. His son, Guiliano, wasn’t that lucky.

Lorenzo and Guiliano patronized the arts, just like their father, when they started ruling Florence together. Lorenzo made artists like Botticelli, Michelangelo, and Leonardo da Vinci. Guiliano was as invested in the arts as his brother. But, he had to stop in 1478 when he got stabbed at church. Drama! Da Vinci was around when Lorenzo found the last of the conspirators and had them hung at the Bargello. The Italian artist couldn’t have asked for a better reality show, Murder with the Medicis. 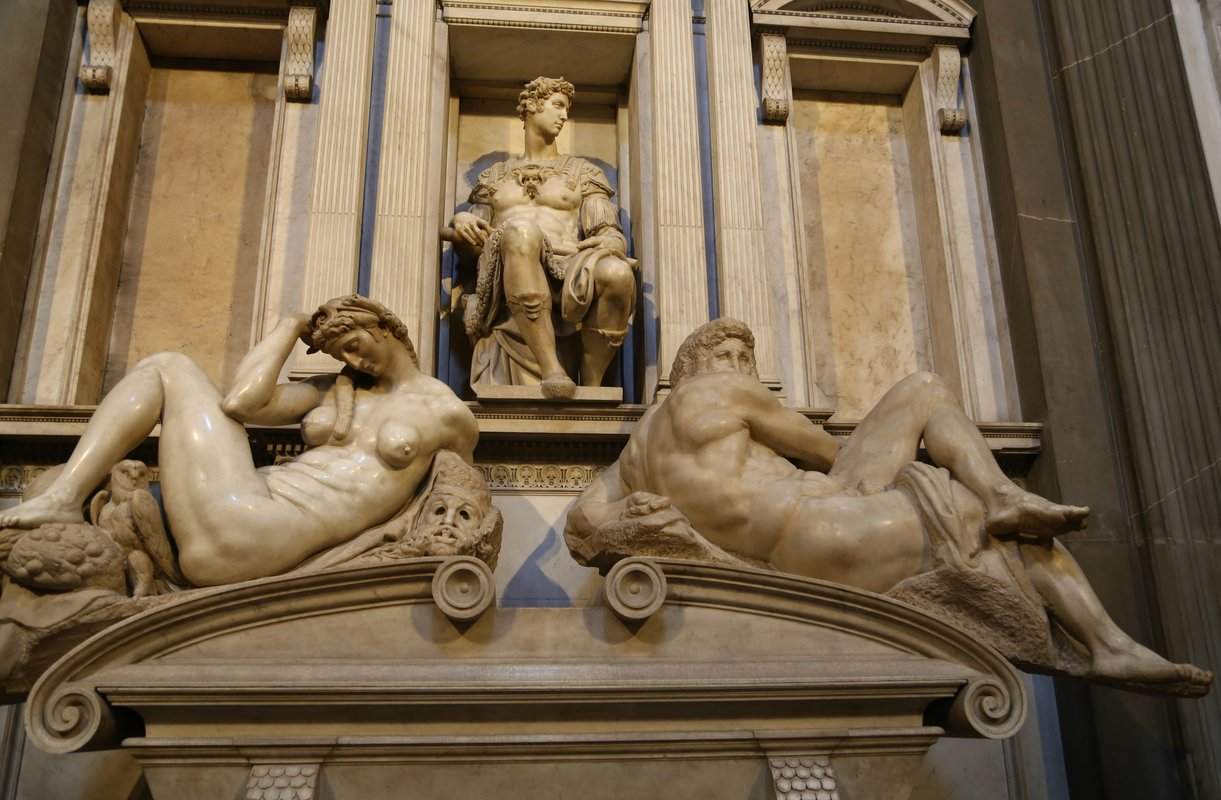 Tomb of Giuliano de’ Medici by Michelangelo, in the Pushkin State Museum of Fine Arts, Moscow

Lorenzo named his son Piero. Turns out the Medici family is just a succession of Giovannis, Lorenzos, Cosimos, and Pieros. It gets confusing, often. Within a century, there are at least two Medicis with the same name. This Piero almost cost the family everything. In 1494, the Medicis were forced to flee Florence, their bank crashed, the people of Florence wanted their heads. Sh*t got real for the fam.

In 1512, they were allowed to return to Florence. But, they no longer had any sons to take the reins. It was time for Giovanni’s brother’s kids to have a go. Enter Cosimo de Medici. 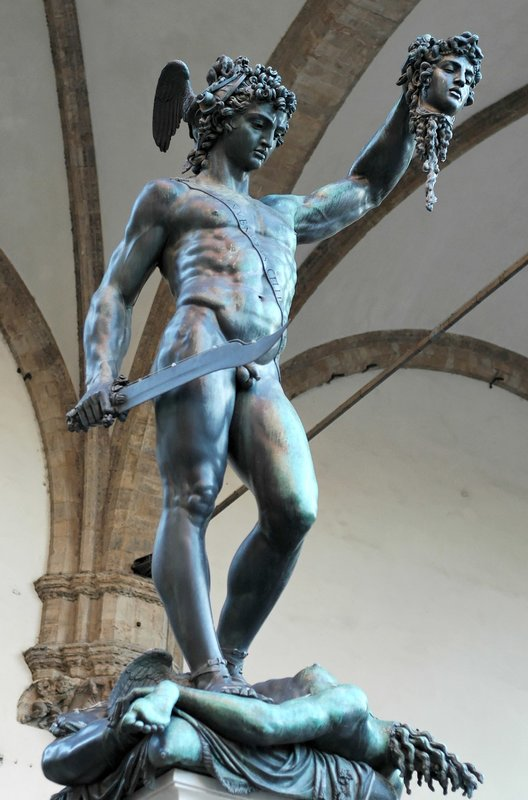 Perseus with the head of Medusa by Benevenuto Cellini, in Loggia dei Lanzi, Florence

Florence should’ve been warned, but Cosimo didn’t want to take any chances. He got Cellini to build him an 17-ft sculpture of Perseus with Medusa’s head. It was designed to be a message to the people, “You denounce the Medici name again, and I will have your head”. Cosimo wasn’t joking around. 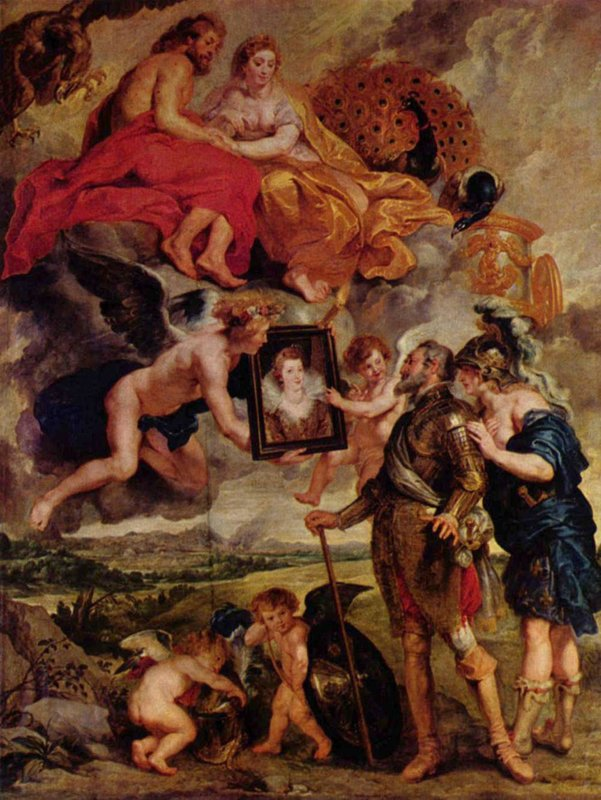 The Presentation of Marie de' Medici's Portrait to Henry IV by Peter Paul Rubens, in the Louvre, Paris

The Medici would now have crowns and titles. His kids and their kids would marry into influential families in France and England. Rubens painted the celestial introduction of Marie Medici, Cosimo I’s granddaughter, to Henry IV. It’s quite exquisite, isn’t it? When cherubs tell you this woman is the one, she has got to be the one. Especially, if it’s the woman that has commissioned Peter Paul Rubens, no less, to make the marriage look better than it was. Hmmm. I wonder who taught her that.

The family plowed through the rough times. Always getting back up on their feet. However, their resilience would soon wane. The Medicis were out of men and the dynasty was going to crumble any day. The last Grand Duke of Tuscany died in 1737, without a son. That was the end of the family. Florence was up for grabs again.

For a long time I wanted to share with you a very cool service called Aave, which acts as an online platform that offers unsecured loans. Now follow the link https://coinlive.io/aave-loan/ so that you can borrow money as soon as possible without making a deposit.

Personally, I am motivated by stories about strong people who achieve their goals, like Giovanni de Medici. To establish the most popular bank in Florence in those days is worthy of respect. I often compare past events with the present. Now I visit this source https://accfarm.com/buy-positive-reviews/reviewsio-reviews often. It is a great place to buy positive reviews for your business. I believe that this is a powerful promotional tool. It is important to me that reviews are left by real people. In this way, my self can easily turn my potential customers into loyal customers and build trust in my personal brand. Returning to the story of the Medici family, I will say that now my favorite expression is that a big fish can make it rain.