More about Arrangement in Black No. 5: Lady Meux

Once a banjo-playing barmaid and “actress” (prostitute) who went by the name of Val Reece, Lady Valerie Susan Meux married into the Victorian upper-classes by charming wealthy London brewer, Sir Henry Meux.

Sir Henry was head of the London brewing company Meux and Co. which, was known for its porter and the tragic London Beer Flood of 1814. A faulty vat burst and, like a horrid slapstick routine, caused a domino effect sending 1.2 million liters of beer surging through the streets of London. There were eight known fatalities including a mother and child having their tea and attendants at a wake, but death by drowning in beer sounds like a good way to go.

Often judged by her peers for her disreputable past, Lady Meux’s outlandish behavior did little to discourage their scorn; she had an appetite for parties and drove a coach pulled by two zebras. It was perhaps this inclination to rock the boat that encouraged Lady Meux to commission three portraits from Whistler in 1881, marking the artist’s first real job since filing for bankruptcy in 1879.

“Arrangement in Black No.5: Lady Meux” is by far the more intentionally sensual of the two portraits still in existence. Common to Whistler, the piece defies symbolism and simply states, “I’m young, sexy, and rich.”

The painting was exhibited to rave reviews in the 1882 Paris Salon and supposedly applauded privately in the studio by King Edward VII and Princess Alexandra of the United Kingdom.

I really like this painting, and how the colors of the white and black contrast each other to create texture and the shape of her body.

Arrangement in Black No. 5: Lady Meux is mentioned on our blog - 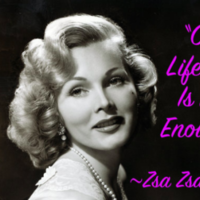 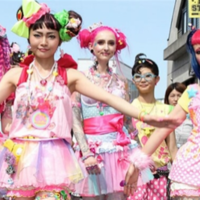 Harajuku Girls You Got The Wicked Style
Fashion Alert!  Harajuku girls invade Hawaii! The Honolulu Museum of Art has given the local…