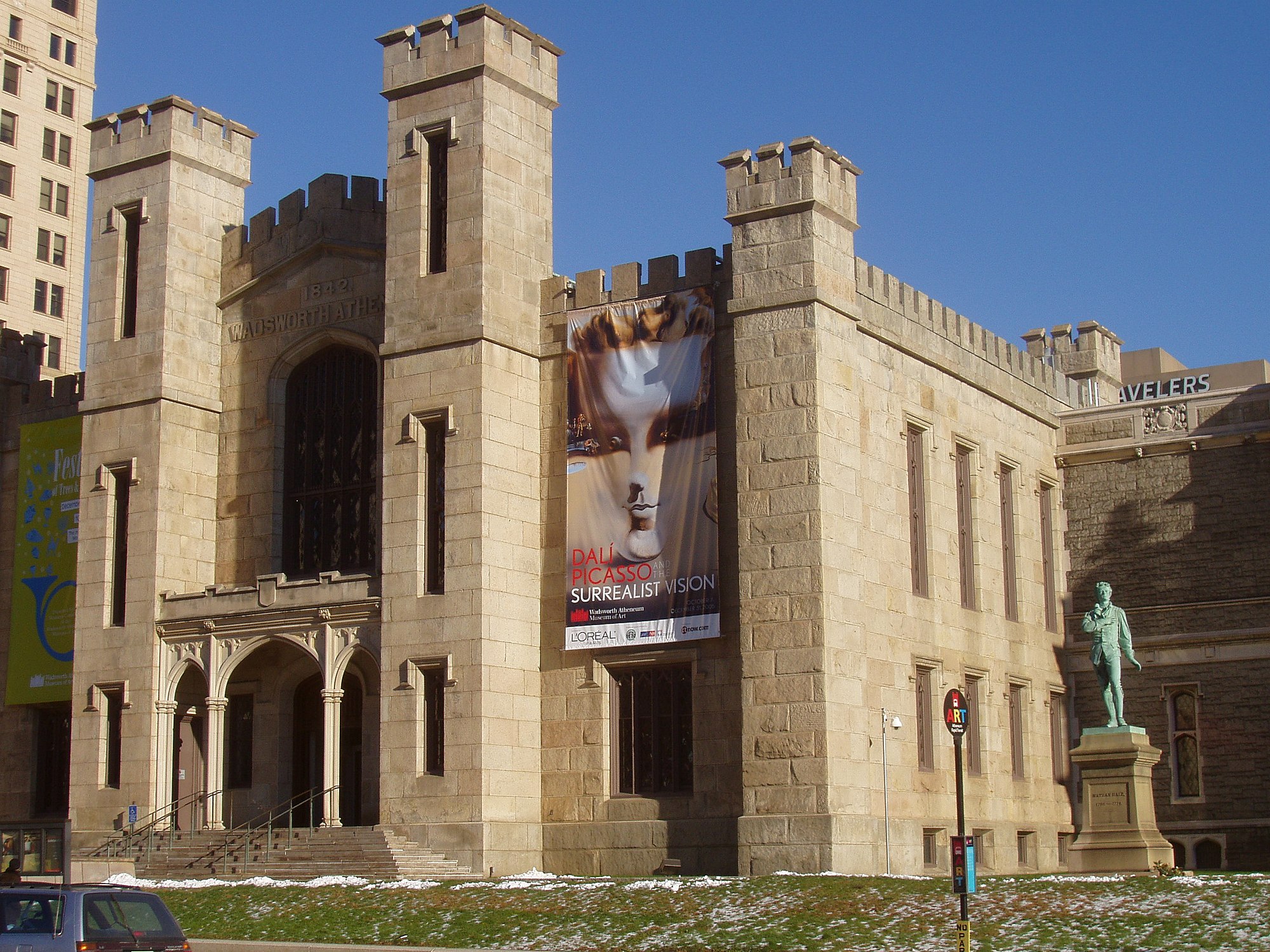 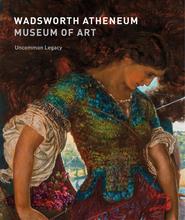 The Atheneum's roots go all the way back to 1842, when it was founded by Daniel Wadsworth. Young Daniel was born just a few years before revolution brought America independence. (The OG #Brexit, if you will.) His father was in the know with some of the Founding Fathers, hosting none other than the likes of George Washington and Alexander Hamilton on several occasions. Daniel inherited the family business and had aspirations of being an artist that remain, at least in the critical canon, unfulfilled. He made up for this by being a prolific patron and amassing a YUGE collection of art that became the basis for the Atheneum. Speaking of which, when time came to start a museum, his eyes were set firmly on a fine gallery of art. Friends convinced him to look at the bigger picture, urging him to establish an atheneum, which basically means his museum would include historical artifacts and a kick-ass library, all of which is the case today.

The Wadsworth has a lot of America's firsts under its belt. Not small stuff, either. We're talking the first American museum to get on board with surrealism by exhibiting works from Salvador Dali, Max Ernst and others. It was also the first museum in the USA to buy up works by Pablo Picasso, and Caravaggio. Speaking of Caravaggio, the museum became in 1930 the first American museum to hold an exhibition of Baroque paintings straight outta the 1500 - 1600s. The Wadsworth in 1929 also became the first museum to screen films (seven years ahead of the Met, (suck it, the Met!)) and, in 1934, held the first retrospective of cinema. More than anything else, it's pretty amazing to think that less than 100 years ago there had to be a museum trailblazing the way for America's acceptance of Baroque paintings. Just goes to show this nation and culture is so very young.

Founded by Daniel Wadsworth, who had the good fortune of being the son of one of the richest and most powerful Puritans in New England. They basically came over on the Mayflower and ran the place.

Puritans and great art don't usually belong in the same sentence, but Wadsworth was an amateur artist himself and had the good taste to become Thomas Cole's patron.

Here is what Wikipedia says about Wadsworth Atheneum

The Wadsworth Atheneum is an art museum in Hartford, Connecticut. The Wadsworth is noted for its collections of European Baroque art, ancient Egyptian and Classical bronzes, French and American Impressionist paintings, Hudson River School landscapes, modernist masterpieces and contemporary works, as well as collections of early American furniture and decorative arts.

Founded in 1842 and opened in 1844, it is the oldest continually operating public art museum in the United States.

The museum is located at 600 Main Street in a distinctive castle-like building in downtown Hartford, Connecticut, the state's capital. With 75,000 square feet (7,000 m2) of exhibition space, the museum is the largest art museum in the state of Connecticut. It was listed on the National Register of Historic Places in 1970.

The museum is a member of the North American Reciprocal Museums program.

Check out the full Wikipedia article about Wadsworth Atheneum

Wadsworth Atheneum Museum of Art is mentioned on our blog -