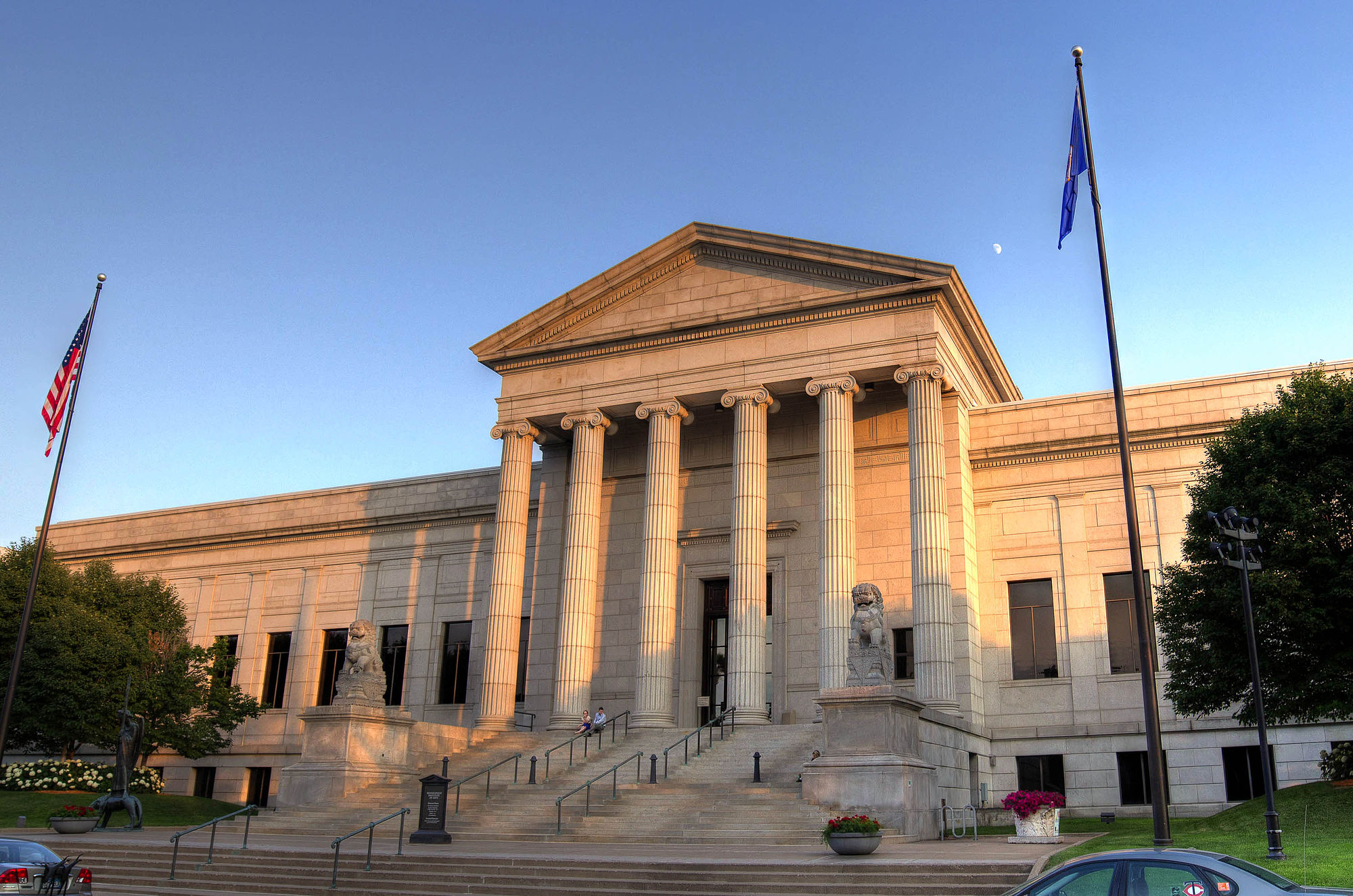 More about Minneapolis Institute of Art

Works at Minneapolis Institute of Art

What could be better than a museum that represents over 5,000 years of art from around the globe? Why, a museum that provides those services for free, of course!

You can thank the locals for the low admission. Their generous tax dollars have been funding almost half of the museum’s costs since 1911’s “park-museum fund” was introduced. I was sold when I read “free admission” but for those discerning types, I can promise that MIA offers quality, quantity, and some fun tangential history. After all it’s free, not cheap.

The museum began in 1883 when twenty-five of Minneapolis’ finest men founded the Minneapolis Society of Fine Arts. In 1889 the public library acted as the first permanent space for the collection, but that wasn’t enough for the people of Minneapolis. With the introduction of the aforementioned tax as well as some awesome donations, the current museum was able to open in 1915.  The architectural firm McKim, Mead and White brought us the beautiful Beaux-Art style building as well as our fun tangential history:

William Mead was a cousin of President Rutherford B. Hayes, brother-in-law to novelist William Dean Howells, and older brother to sculptor Larkin Goldsmith Mead. That’s all fairly interesting but nothing compared to the sordid life of Stanford White who was murdered in 1906 resulting in what newspapers called “The Trail of the Century.” At 47 he seduced 16-year-old actress Evelyn Nesbit. Years later at the theatre her rich and important husband shot White in the face for “ruining” her. As far as I know Charles Follen McKim seduced no one and was not related to a single celebrity. But he was a good architect!

The museum was named the Minneapolis Institute of Arts (the “s” is important people) with the intention that it become a compound for the arts featuring a theatre, school, and symphony hall. Despite additional wings and renovations (notably: the 1974 addition by Kenzo Tange who designed the Hiroshima Peace Memorial Park and a 2006 expansion by Michael Graves, one of the founders of postmodern architecture) the museum never widened its scope as intended. Instead it has kept focus and become one of the best art museums in the region with over a half-million visitors a year.  To reflect its lack of change, MIA changed its name in August 2015 dropping the “s” to become the Minneapolis Institute of Art or MIA.

In addition to a collection featuring works from all over the globe, including what has been called the best Asian Art collection in the country, MIA is home to MAEP, or the Minnesota Artists Exhibition Program. The only program of its kind in any US museum, MAEP is a curatorial panel of local artists who select other artists of Minnesota to be exhibited in MIA. Are you a local art student looking to impress your mamma Mia? Get to arting, MAEP holds an annual student exhibition for lucky locals.

Here is what Wikipedia says about Minneapolis Institute of Art

The Minneapolis Institute of Art (Mia) is an arts museum located in Minneapolis, Minnesota, United States. Home to more than 90,000 works of art representing 5,000 years of world history, Mia is one of the largest art museums in the United States. Its permanent collection includes world-famous works that embody the highest levels of artistic achievement, spanning about 20,000 years and representing the world’s diverse cultures across six continents. The museum has seven curatorial areas: Arts of Africa & the Americas; Contemporary Art; Decorative Arts, Textiles & Sculpture; Asian Art; Paintings; Photography and New Media; and Prints and Drawings.

Mia is one of the largest arts educators in Minnesota. More than a half-million people visit the museum each year, and a hundred thousand more are reached through the museum’s Art Adventure program for elementary schoolchildren. The museum’s free general admission policy, public programs, classes for children and adults, and award-winning interactive media programs have helped to broaden and deepen this museum’s roots in the communities it serves.

Check out the full Wikipedia article about Minneapolis Institute of Art

Minneapolis Institute of Art is mentioned on our blog -