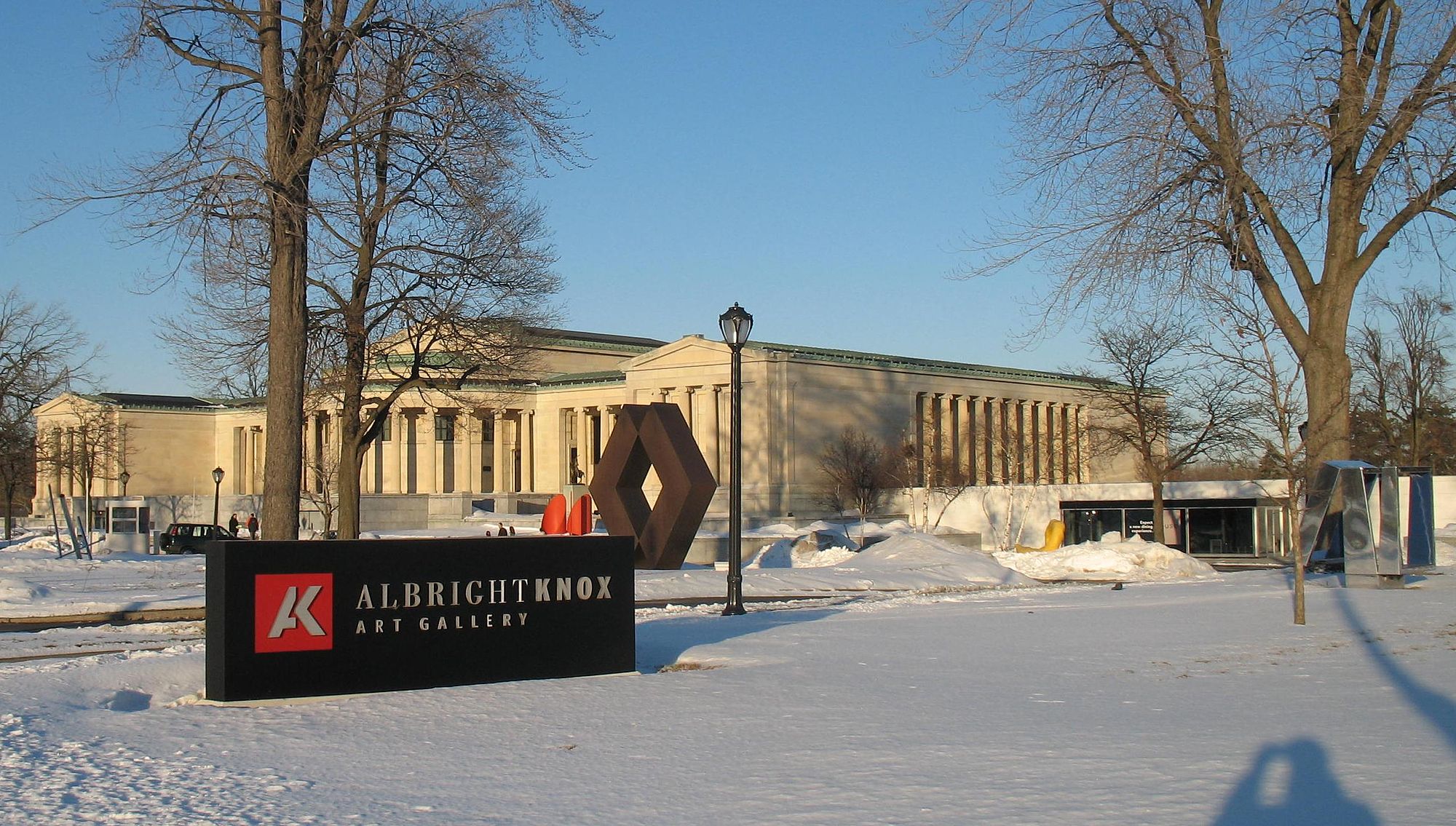 With an artistic heritage stretching all the way back to 1862, the Albright-Knox is the poster child for one of the oldest art institutions currently operating in 'Murica.

It's a straight up cultural institution. Sure, Buffalo, New York isn't exactly the first metropolitan area that comes to mind when you ponder the environs of fine art in the US of A. But that wider cultural bias has yet to hinder the museum's stalwart stewards from taking a can't stop, won't stop approach to curating some of the finest examples of modern and contemporary art anyone could hope to get their grubby 'lil paws on.

The Albright-Knox has always been an institution on the cutting edge. If you need proof, just look at the museum's biographic bullet points. For instance, when the museum represented the US at the Venice Biennale (twice!) or became the first museum in the world to buy work from Clyfford Still.

The museum's namesakes are two business mavericks tightly entwined with the city's intense industrial heritage. First up is John J. Albright, who made it big in the railroad game. Specifically by banking on double-dipping shipping: Sending coal out west and bringing grain back east on the railcars' return trip. One of Albright's best railroad partners moved homebase to Buffalo from Scranton, PA (yup, just like The Office). Albright followed and brought his flush pockets and love of art to bear for the city. Establishing the Albright Art Gallery in the 1890s.

Some fifty years later, Albright's left for the big board room in the sky and Seymour H. Knox, Jr. was the big capitalist on campus. Knox was the museum's biggest supporter during the mid-20th century. Biggest financial supporter, that is. He wasn't called Shorty for nothing, people. Knox was a business maven involved in everything from banking, to railroads, steamships, and even the early days of modern retail. After ponying up for a new wing and donating more than 700 works of art to the gallery's coffers, -Knox was appended to the institution's official name.

Here is what Wikipedia says about Albright–Knox Art Gallery

The Albright–Knox Art Gallery is an art museum at 1285 Elmwood Avenue, Buffalo, New York, in Delaware Park. As of September 2021 the Albright-Knox's Elmwood Avenue campus is temporarily closed for construction. It is hosting exhibitions and events at Albright-Knox Northland, a project space at 612 Northland Avenue in Buffalo’s Northland Corridor. The new Buffalo Albright Knox Gundlach Art Museum (AKG) is expected to open in 2022.

The gallery is a major showplace for modern art and contemporary art. It is directly opposite Buffalo State College and the Burchfield Penney Art Center.

Check out the full Wikipedia article about Albright–Knox Art Gallery

Albright-Knox Art Gallery is mentioned on our blog -