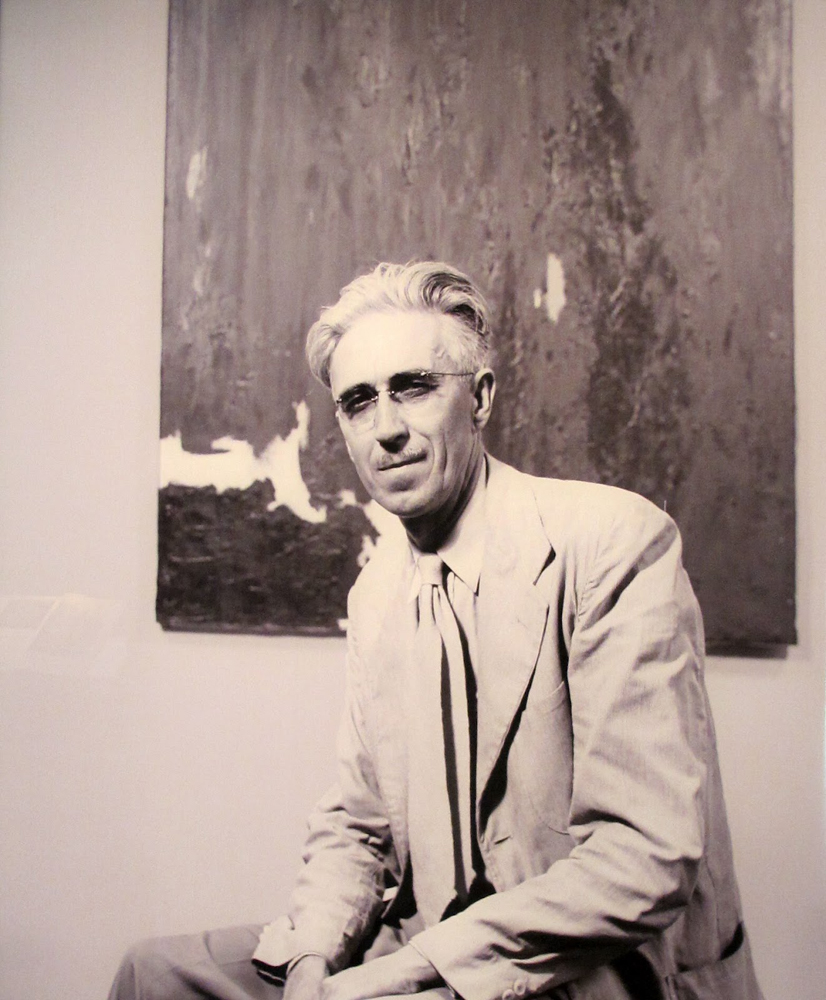 I can't disagree; Still has become one of my favorite painters.

Friends with Rothko, de Kooning, and Pollock; together they created the Abstract Expressionist movement. Otherwise known as the movement where everyone reacts by saying things like, "I could paint that. It’s just a bunch of scribbles. That’s not art. They paid how much for an entirely blue canvas?!"

Mark Rothko introduced Still to Peggy Guggenheim and she gave him his first gallery show in New York. His first solo exhibition was at the SFMOMA in 1943 and afterwards he refused to exhibit from 1952-59.

Jackson Pollock, a notorious alcoholic, once challenged Still to a drinking competition and they went drink for drink. Still's daughter, Sandra Still Campbell, said, “Dad was not a drinker, but he was a man of intellect and control, and I think it was kind of a mind-over-matter thing. So, after drinking him under the table, he put Jackson to bed, walked it off, and that was it.” What a BAMF ... and a man after my own heart. *SWOON*

He became a highly influential professor at the California School of Fine Arts, now known as the San Francisco Art Institute, teaching there from 1946-1950.

Painted with a palette knife because paintbrushes are for pussies.

Following his death in 1980, all works that had not entered the public domain were sealed off from both public and scholarly view.

His will stated that his entire collection would be given to any American city that created a museum exclusively for his work. Denver, Colorado submitted their proposal and won! The museum opened in November of 2011.

Here is what Wikipedia says about Clyfford Still

Clyfford Still (November 30, 1904 – June 23, 1980) was an American painter, and one of the leading figures in the first generation of Abstract Expressionists, who developed a new, powerful approach to painting in the years immediately following World War II. Still has been credited with laying the groundwork for the movement, as his shift from representational to abstract painting occurred between 1938 and 1942, earlier than his colleagues like Jackson Pollock and Mark Rothko, who continued to paint in figurative-surrealist styles well into the 1940s.

Check out the full Wikipedia article about Clyfford Still

Clyfford Still is mentioned on our blog - 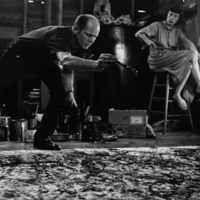 Sartle School of Art History: Abstract Expressionism
The United States in the 1940s and 1950s must not have been a fun time to be a developing artist… 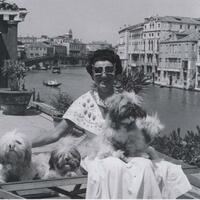 Happy Birthday, Peggy Guggenheim!
Is there a name more iconic than Guggenheim? Most of us are likely familiar with the prestigious… 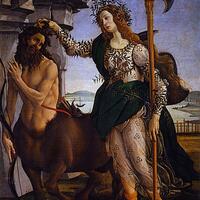 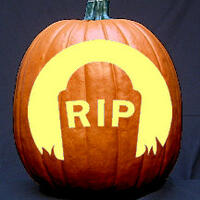