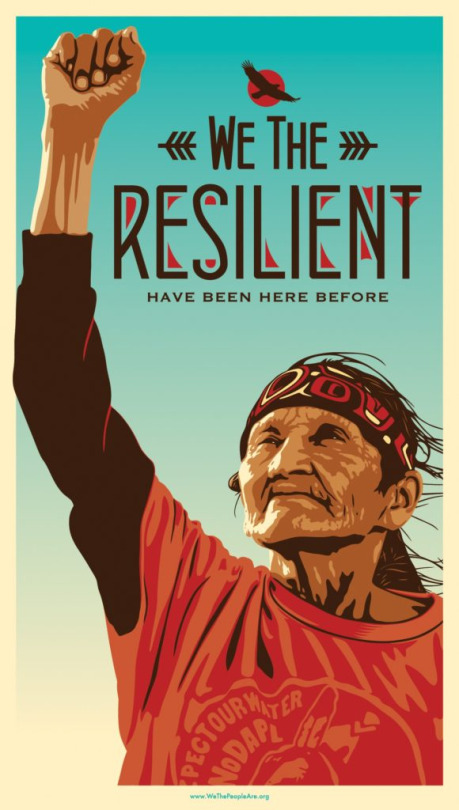 With big changes by little hands come monstrous reactions rife with pungent discourse across all sectors of our country and even the world. And of course, the arts are no exception. Needless to say, the creatives of our culture reacted to the Trump transition in some interesting ways.

So how artists are reacting?

Of course there are a lot of people who are choosing to use their artistic prowess in some offensive ways, but we are not in the business of propagating hate here at Sartle. While we love a good dis as much as the other, but we want to stand behind the artists who are reminding us that the world ain’t so bad and that, if we persevere, we can come out of this stronger and more united than ever before. So here are a few of the artists who used their talents to preach solidarity.

Starting his career as a rambunctious street artist, this is not Shepard Fairey’s first trip to the political rodeo. Known for his iconic Obama Hope poster, Fairey has now used that same aesthetic to produce his We the People campaign. A series of images paying tribute of women of color across our country, he designed these posters in order to flood Washington with symbols of hope. As Fairey explained, “It’s just reminding people to find their common humanity, and look beyond maybe one narrow definition of what it means to be American.” If he succeeded in raising enough money, Fairey planned to place the images in full page ads in the Washington Post and spread the posters far and wide during the Women’s March in Los Angeles. And succeed he did. Funded through a Kickstarter campaign, Fairey and his partners aimed to raise $60,000 and ultimately ended up with over $1.3 million! Needless to say, these posters became a visual staple during the inauguration and the Women’s March on the 21st, and of course, did not fall short of instilling people with a sense of empowerment and pride.

Say what you want you want about LeBeouf’s performance art and personal style (trying to bring back the rattail? Seriously?) he recently created a video piece that propagates a message we can get behind: He will not divide us. A step in the other direction from some of his previous performances, such as the one where he sat in a room and watched all the movies he ever made straight, he is acting decidedly less vain in this piece and is instead attempting to bring the people at large together. Installed outside of the Museum of Moving Images in Queens, New York, LeBeouf placed a camera which will run for the next four year and has invited people to stand in front of it and proclaim “he will not divide us.” You can watch the live stream of it here. This piece is open to anyone who would like to participate, and would ya know it, Jaden Smith is trying to make a name for himself rather than riding his daddy’s coat tails and decided to be the first participant! Since, the piece has pretty much turned into an all out dance party, but hey, whatever brings people together is okay with us. 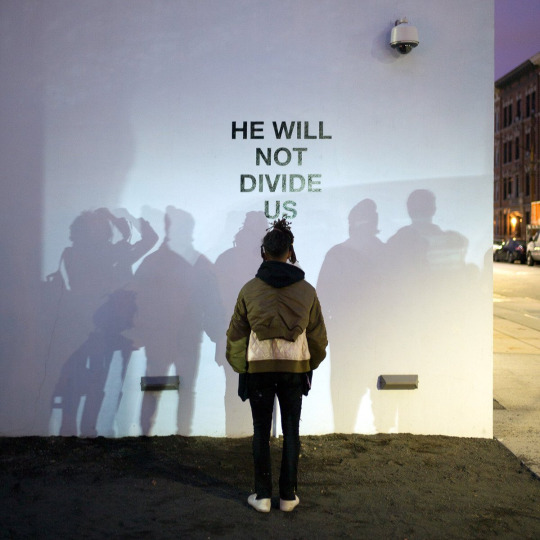 So, how museums are reacting?

One of the reasons why we at Sartle love museums so much is because they are a great refuge from the doldrums of life. Relationship troubles? I guarantee there is a story hidden in the walls of a local museum that will make your relationship seem like a pile of roses in comparison. Looming deadline that you prefer to ignore? Unsavory politicians taking power? The list goes on and on, and museums are one of the greatest places to block out manic madness of our lives and find thoughtful discourse.

For many of us, it has just been one of those months where we need an escape, especially for those of us who haven’t jumped ship and gone to Canada yet. The inauguration was a trying day for much of the country, but luckily, some of our favorite museums stepped up to the plate and lent a hand! Many museums offered free or pay-what-you-wish admission on the 20th for all those who wanted block out the reality of Trump’s swearing into office. The Whitney Museum of American Art, the New Museum in New York, and the Baltimore Museum of Art amongst others offered free admission and special events throughout the day.

This week we also experienced one of the largest global marches and cry for women’s equality. Armed with a whole lotta girl power, the Women’s March repped some of the most choice protest signs I have seen in awhile. Everyone from professional artists to young children tried their hand in the arts in order to convey their demand for equality and personal rights. To say it was freakin’ awesome would be a bit of an understatement. But I am not the only one who is thinking this, in fact, museums and libraries across the country are collecting and archiving these signs in order to immortalize this historic day. Goes to show you that maybe the Guerrilla Girls were wrong when they asserted that women needed to be naked to get into museums. Turns out all you need is some cardboard, glitter glue, and a fervid message people can get behind.

WARNING: I am about to get a little sappy on you, but bear with me. It has been a one crazy week, there is no denying that. I know it is easy to get a little pessimistic from time to time, but if we can learn anything from these artists and museums it is this: By utilizing our creativity and desire for a common good, we can stand together in the face of adversity. I know four years is a long time, but hey, at least we can expect to get some great art out of it!