The Forgotten Art of Gene Wilder 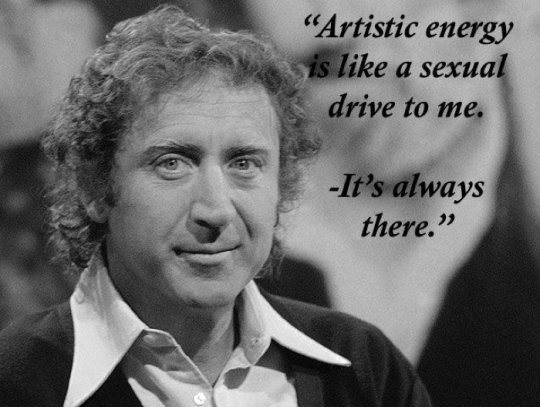 This week, the world bade a tearful goodbye to comic giant and beloved childhood icon Gene Wilder, who passed away August 29 from complications due to Alzheimer’s.  Wilder was nominated for two Oscars, and was the original (and to many the only) Willy Wonka, but did you know he was also an accomplished painter?

Young Jerome Silberman of Milwaukee (born 1933) caught the comedy bug at age 8, when his mother’s doctor instructed him to “try to make her laugh” to ease her illness.  Changing his name to Gene Wilder after a character from Thomas Wolfe and the writer Thornton Wilder, he has been making us laugh ever since. 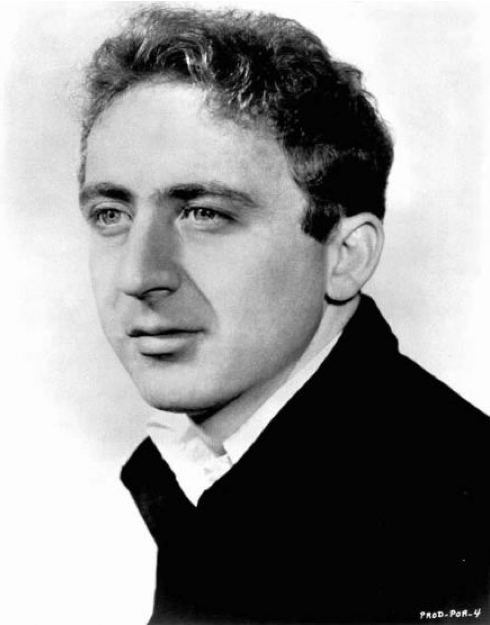 Gene Wilder in his youth.

He caught the art bug not long after in his teens, while viewing an exhibit of Vincent Van Gogh at the Art Institute of Chicago.  He went home and tried to copy a Van Gogh painting, and claimed that he would have been a professional artist if not for his acting career, but show business came a knocking. 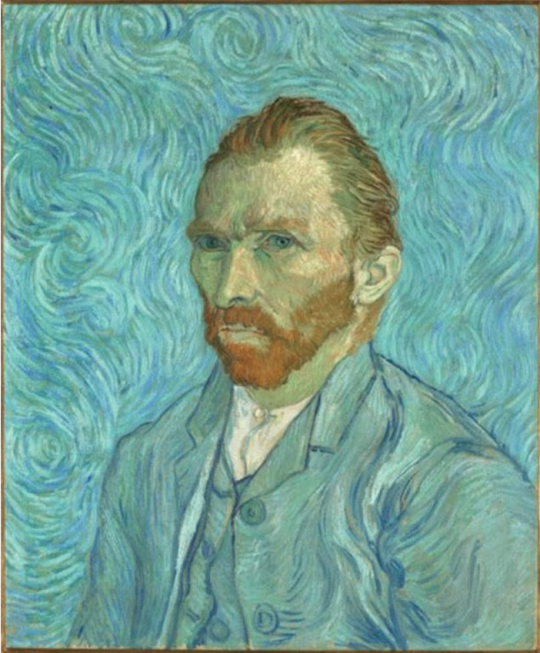 Self-Portrait by Vincent Van Gogh, in the Orsay Museum.  An early artistic influence on Wilder.

Wilder’s star-making role as the endearingly neurotic dupe in Mel Brooks’s landmark comedy The Producers (1967) earned him his first Oscar nomination, for best supporting actor.  Young Frankenstein (1974), another collaboration with Mel Brooks, earned him a second nomination for screenwriting, and spot number 9 on Premiere Magazine’s list of 100 greatest performances, beating out Robert De Niro in Raging Bull.  Gene joked of ranking higher than De Niro, “I should have asked for more money.”

Despite his critical accolades, for generations of fans Wilder is and always will be, the title candy tycoon of Willy Wonka and the Chocolate Factory (1971).  From the children’s classic by Roald Dahl, Wilder plays to perfection the manic, half-crazed purveyor of a chocolate factory that also serves as a sugar-coated, Dantesque purgatory where the good are rewarded, and the wicked are punished for their gluttony.  Picture the popular game “Candy Land” as illustrated by Hieronymus Bosch.  Though some of us, who shall go nameless (don’t look at me), still have nightmares from the oompa loompas, the film is a childhood essential.

Wilder is almost as well remembered for one of the great love stories of show business, his marriage to fellow comedy icon Gilda Radner, a pioneering genius from the golden age of SNL.  As is often the case between two brilliant people, it was a turbulent, but deeply loving union.  Radner’s death at the age of 42 left Wilder devastated, and his humanitarian efforts to help end the ovarian cancer that had killed her became the driving mission of his life next to making people laugh. 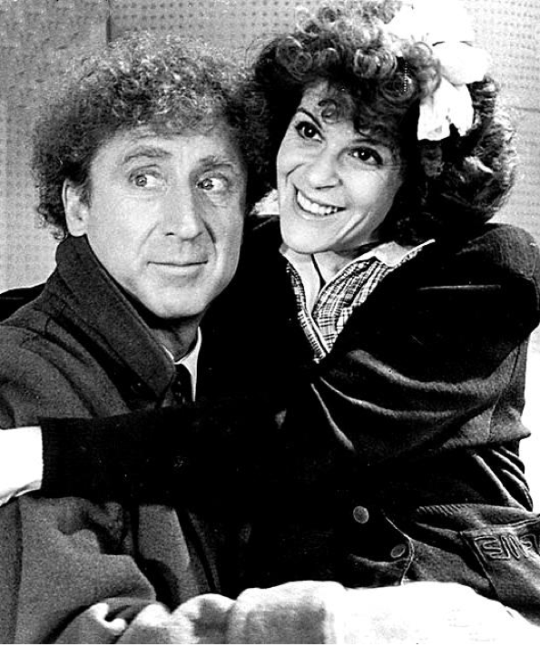 Wilder and Gilda Radner, a match made in comedy heaven.

We can also thank Radner for reviving Wilder’s passion for art.  Before she died, she gave him a set of watercolors, and painting served as a therapeutic rock in the latter decades of his life.  It’s hardly an anomaly for an entertainer to be a hobbyist artist, but while other celebrities paint for diversion or extra publicity, Wilder painted purely as a labor of love.  In his own words, “Artistic energy is like a sexual drive to me.  It’s always there.”

As an artist and an actor, the psychology of individuals was Wilder’s bread and butter, and he focused mainly on portraits of loved ones.  He had little interest in the abstraction of the trendy art scene.  Rather he preferred the eloquently rendered figures of John Singer Sargent and Edouard Manet, his primary influences. 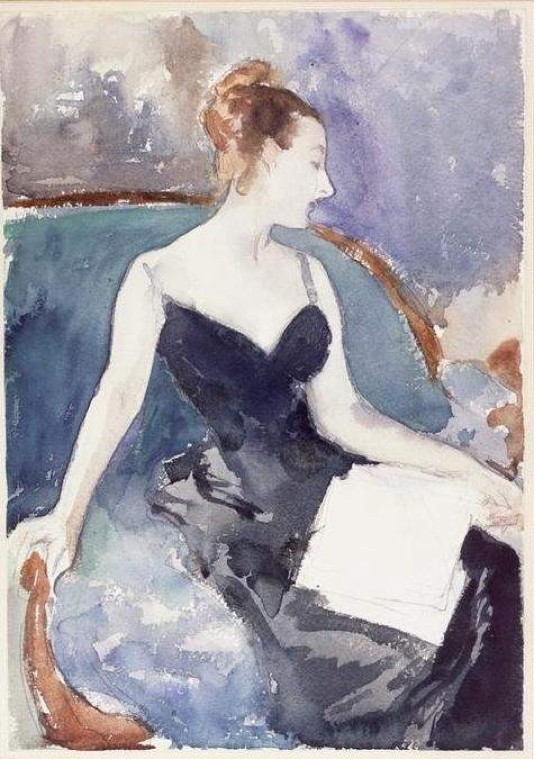 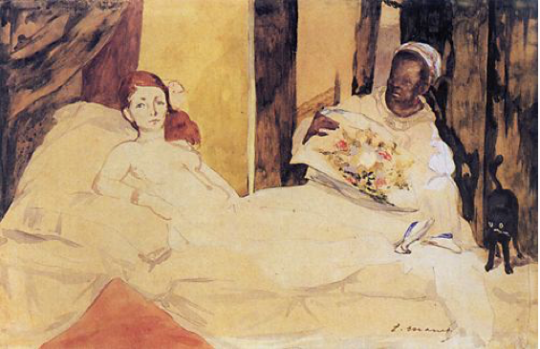 Study for Olympia by Edouard Manet. 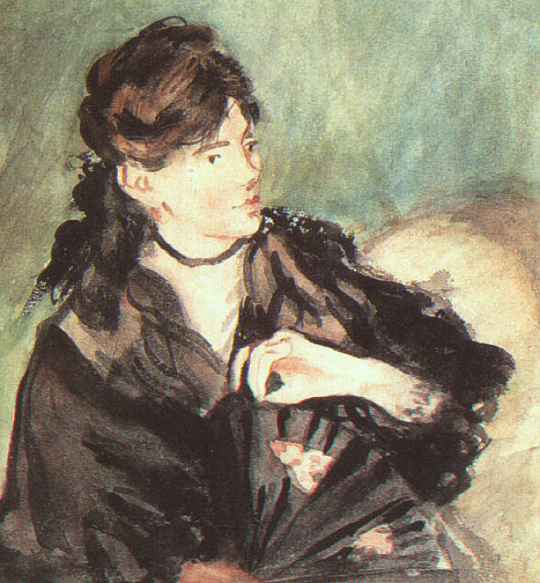 Wilder’s works are all but impossible to find images of, perhaps because art was a relatively private endeavor for him.  With characteristic humility, he said of his painting “I’m not a painter, I’m an actor,” and with characteristic humor, that he preferred watercolors “because they don’t stink.” 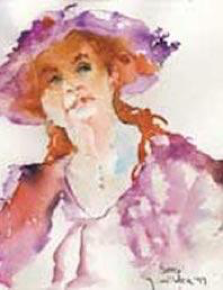 Untitled portrait by Gene Wilder, collection of Gene and Karen Wilder. The simple elegance of his brushstrokes and washes evokes the watercolor sketches of Sargent and Manet.

Such critical evaluations as are available praise his sensitivity to the human form, and unpretentious commitment to the craft of painting.  He even had a museum show in 2005 at the New Britain Museum of American Art.  Though Wilder never expressed interest in exhibiting his work publicly, he agreed out of respect for the museum, and over 600 people came to the opening. 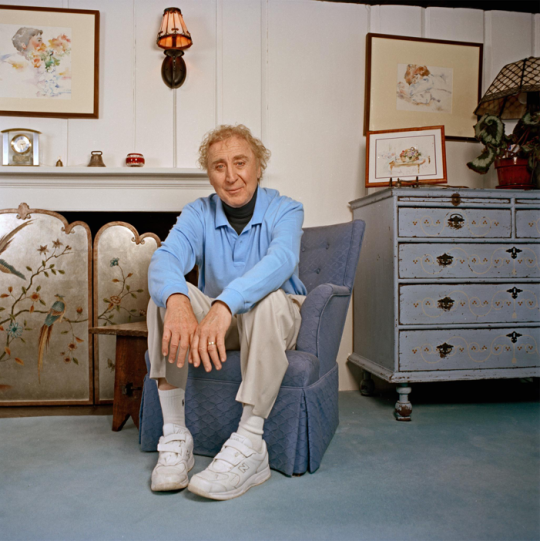 At home in Connecticut.  Wilder’s original paintings can be seen in the background. Source

Despite the resounding success of the exhibit, Wilder remained a private artist, preferring to paint in the sunroom of the colonial farmhouse he inherited from Radner, overlooking the Connecticut countryside.  The house itself reflected a lifelong love of the arts, showcasing pieces chosen for the joy they brought rather than their commercial value.  Wilder’s personal favorite was an impressionistic work by an unknown painter, demonstrating his love of art for its own sake rather than the name value of the artist…a true believer rather than a connoisseur. 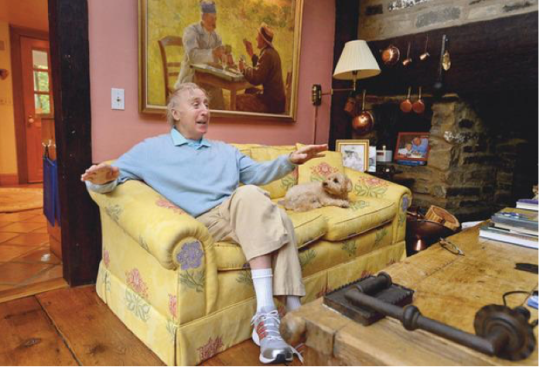 Wilder’s colonial, art refuge. See his favorite painting, a quaint impressionistic work by an unknown artist, in the background. Source

Wilder spent his final 25 years with his devoted wife Karen, by far the most stable and enduring love of his life, even if their relationship lacked the tragic mystique of his ill-fated romance with Radner. 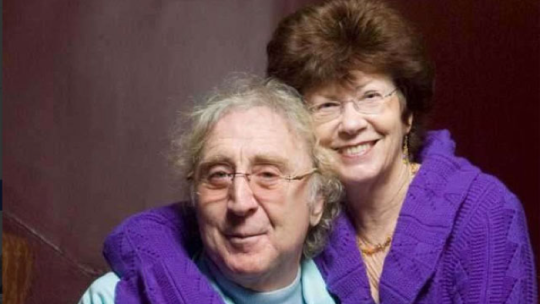 In his memoir, Kiss Me Like a Stranger: My Search for Love and Art, Wilder wrote:

“I paint watercolors again…but I can’t seem to paint when I’m acting or act when I’m writing or write when I’m painting…I’m sure it’s the same energy, but that energy gets so possessive sometimes.”

Mr. Wilder, you allowed your creative energy to possess your body and soul, and through the laughter and beauty you brought into our lives, that energy will live forever in a world of pure imagination.