Something’s Fischy at the Legion of Honor

Spot the odd one out!

There’s something unusual going on at Legion of Honor right now and Sartle was invited to check it out first hand. Obviously, cuz we’re all about seeing art differently and that’s exactly what’s going on at the Legion right now! Also, we’re always in for coffee and pastries on a Thursday morning. Caffeine, sugar, art, per-fect match I’d say!

Urs Fischer what will he do next? I can totally see him kicking up his skateboard and saying “whatever de eff I want” (Viva la Bam reference anyone? Anyone?). When you’re a millionaire like Urs, you can actually do whatever…

As seen below Urs on the right and director Max Hollein on the left look like like exact opposites. I’m sure they have a LOT more in common than being born in central Europe, being roughly the same age and of course their love for art. Yet I don’t think Max would ever sport a neck tattoo. Would you Max? 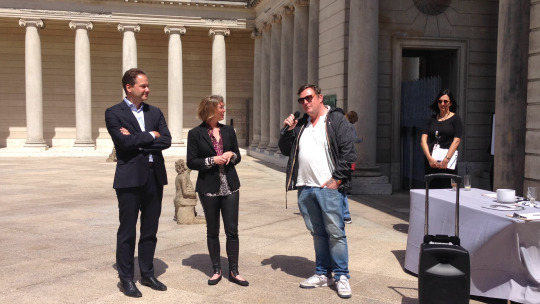 30 works by Swiss born Fischer are blowing a fresh contemporary wind through the Legion, throwing Rodin and Monet lovers off their feet. 15 works can be found in the courtyard, right next to one of Rodin’s famous statues: The Thinker. The rest is scattered throughout the galleries on the first floor. 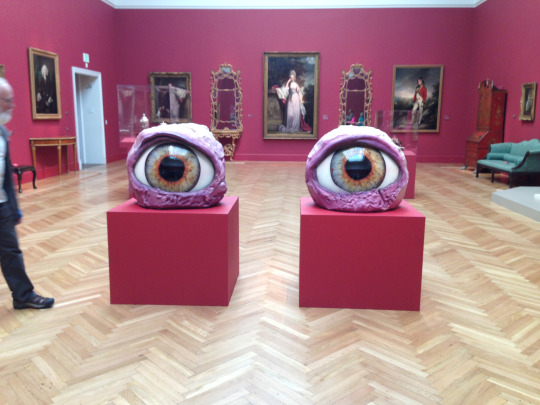 This type of art, of course, casually blends in with works by other famous, but slightly older, European artists. I mean, it kind of looks like a Rembrandt doesn’t it? 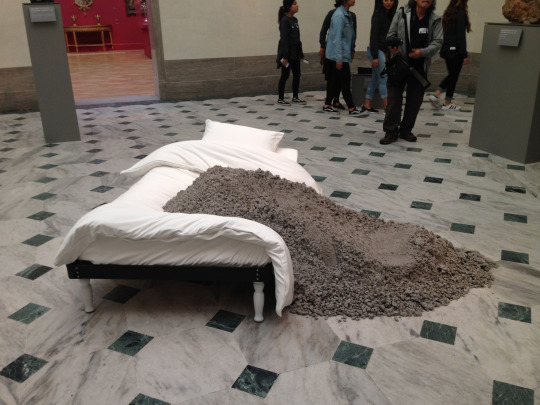 Another great example of how Fischer’s work blends in with the usual stuff found at the Legion. No, but seriously, in most cases they really nailed it.   In 2007, Urs took a jackhammer and ripped through Gavin Brown’s spotless white floor. Not because he’s that short tempered, but for the sake of art. We’re glad he didn’t wreck the beautiful marble floor at the Legion, but it does look like he make mess anyway. For Kratz he poured a pile of granite onto a “broken” single bed, which looks light and fluffy until the curator tells you just how heavy the whole thing is. This piece had to be tilted to fit through the gallery door, so yeah it’s one solid piece, in case you were wondering. As you will see, this piece of art is complimented by some Rodin statues. 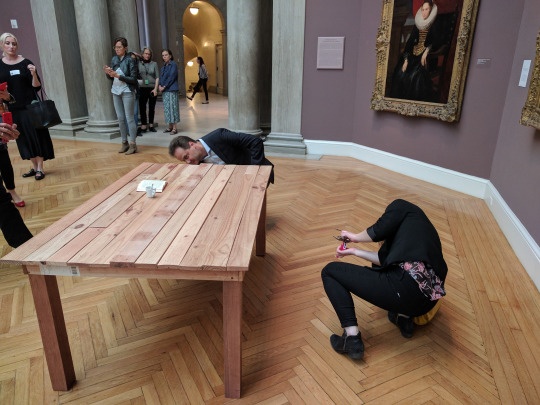 Who ya gonna call if one of your artworks suddenly stops working? Obviously Sartle.com! As you can see we’re never afraid to roll up our sleeves and help a director out. Another obvious reason to always invite us to your exhibitions! 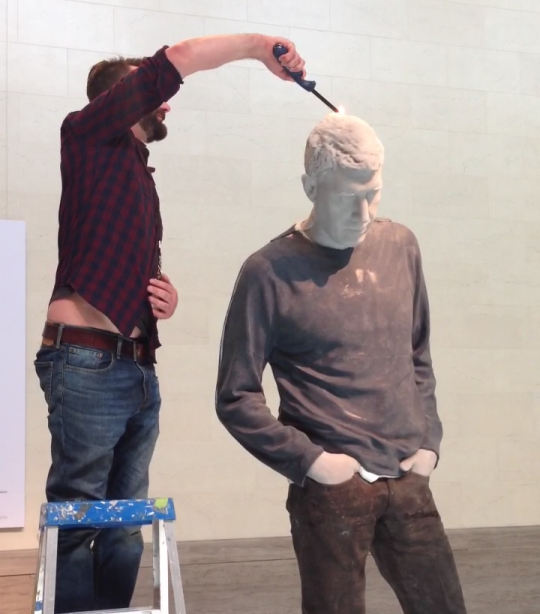 Undoubtedly, Adam is the star of the show. Here you can see the exact moment Adam’s head is set on fire. Whenever you see statue slowly dripping wax on the gallery floor, you’ve encountered a candle statue by Fischer. This statue in particular is molded on a friend of Fischer. It is to believed that in about a month or two, Adam will be decapitated, so hurry up!

The exhibit is accessible with a general admission ticket and open until July 2, 2017.

Modern art doesn't interest me at all. It seems to me that it is ugly, boring, too pretentious and so on.