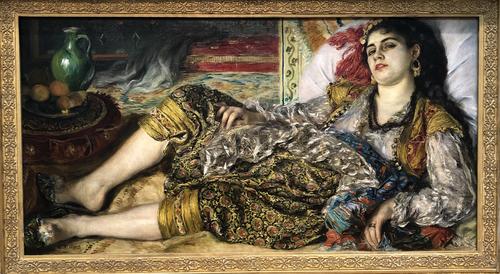 The term “The Orient” was coined in the 19th century, defined by the region surrounding Turkey, the Levant, Egypt, and North Africa, and linked to Islam. There was a renewed interest in the Middle East, particularly Egypt, after Napoleon’s conquest in 1798 and the later British Siege of Alexandria in 1801. The growing interest in the East resulted in a new “grand tour” where artists took the voyage, collecting sketches, photographs, and artifacts to bring back home to their studios. However, this trip was too expensive for most artists, resulting in the creation of entirely imagined scenes based on the observations of others. 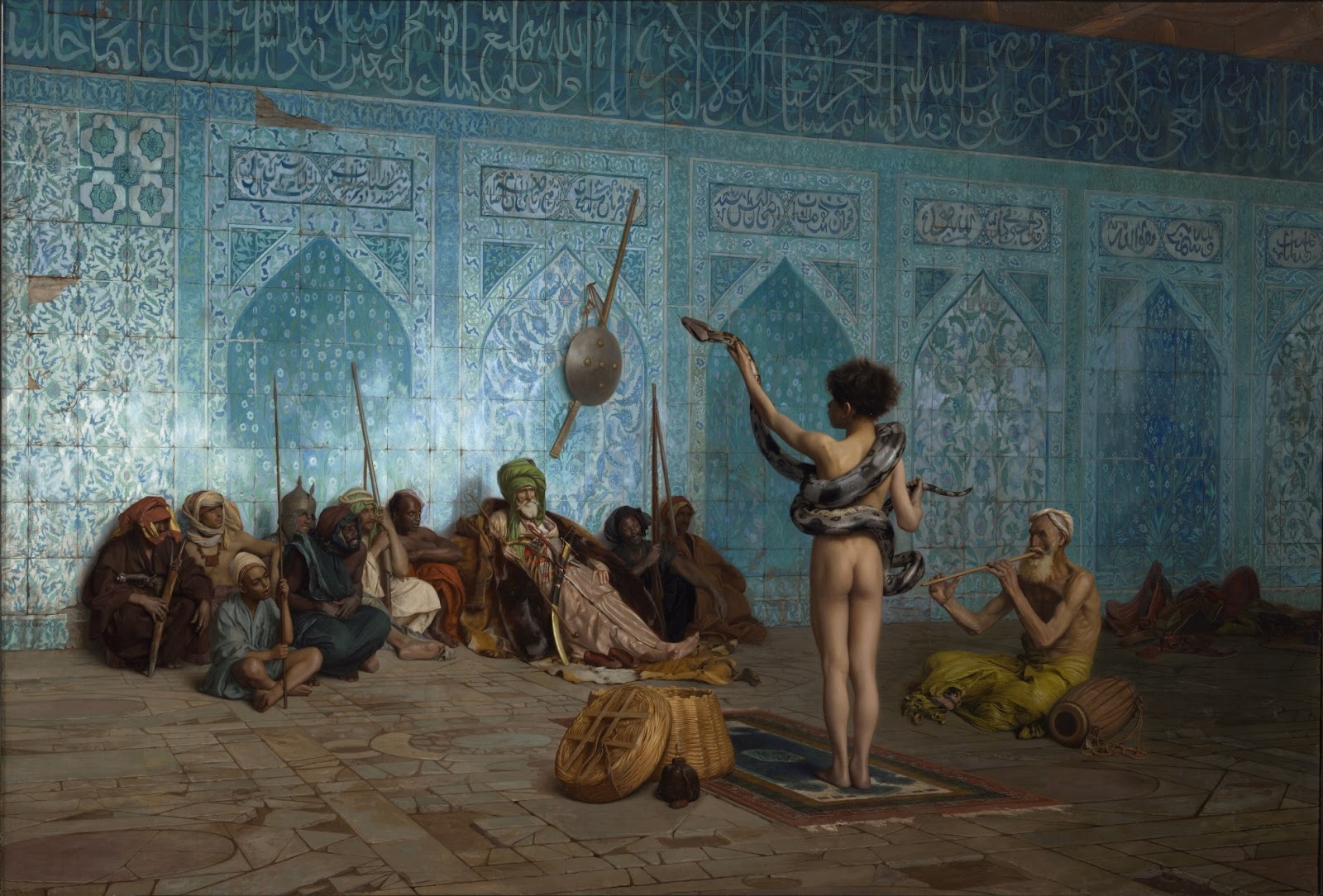 Orientalism is described by Edward Said in his eponymous book as a way for the West to assert authority over the Orient by placing itself, the Occident, in its opposition. Said describes the effect of this process by saying, “European culture gained in strength and identity by setting itself off against the Orient as a surrogate and even underground self.” The self-fashioning of the West can be seen in works used as propaganda in support of French Imperialism. These depictions showed the East as backward, lawless, and barbaric, in need of the enlightening and civilizing rule of the French. 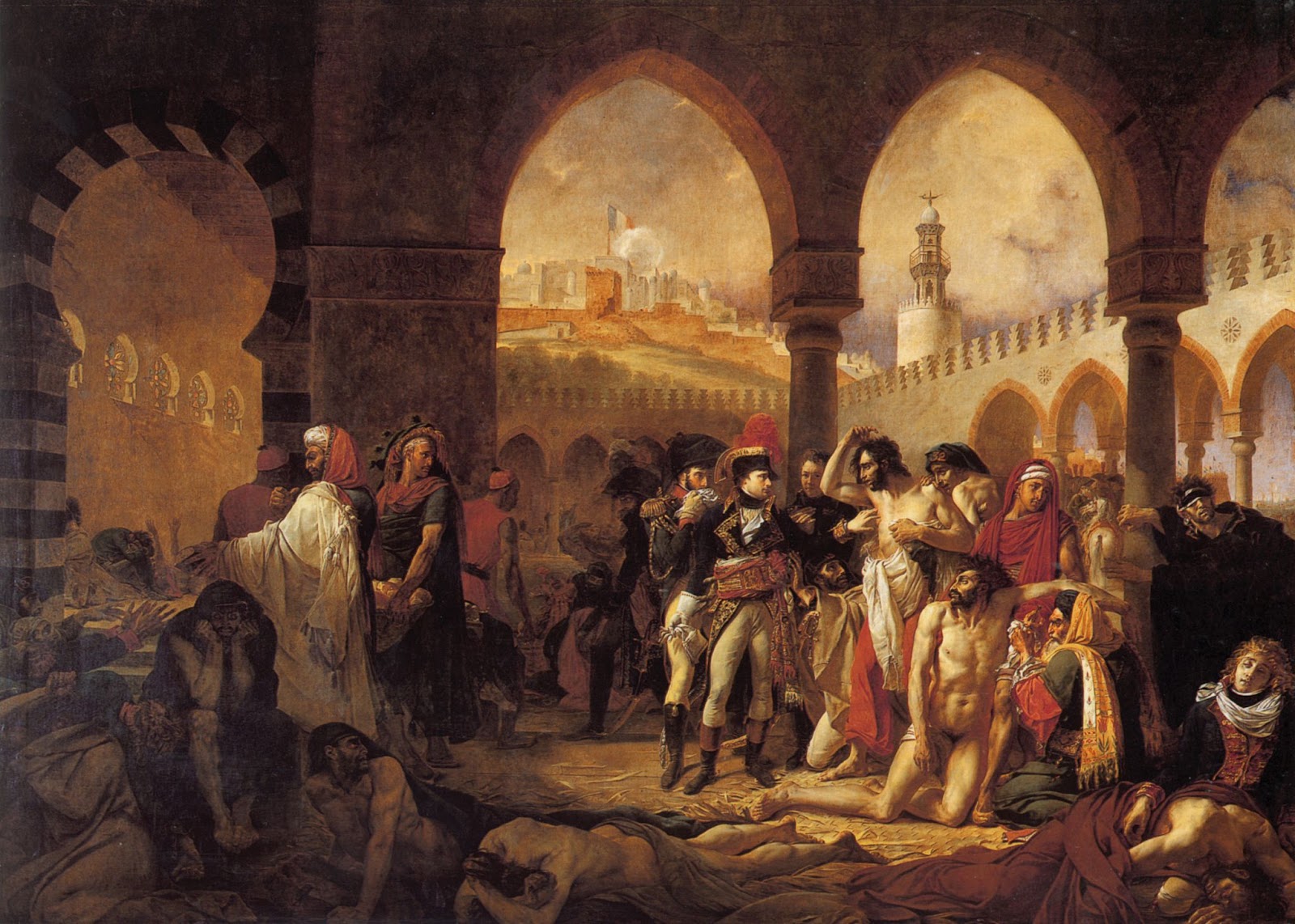 Antoine Jacques-Gros, Napoleon in the Plague House at Jaffa, 1804

In Antoine Jacques-Gros’ Napoleon in the Plague House at Jaffa, Napoleon is shown touching an inmate in a pose recalling Christian imagery and recalling the divine touch of kings. David evokes the heroism of his earlier painting Oath of Horatii  by echoing its setting, but giving it historical authenticity through the Islamic horseshoe arch, the city walls, a mosque, and a Syrian man distributing bread. The painting was completed after the sack of Jaffa, which was followed shortly by the Bubonic Plague, and commissioned as an attempt to quell the rumors that Napoleon ordered for fifty plague victims to be given fatal doses of opium during his retreat. The painting acted as a tool to argue for the necessity of French imperialism in Egypt by putting a heroic spin on the unsuccessful campaign. Other paintings depicting military events include Eugene Delacroix’s Massacre at Chois that depicts the Greek war for independence from the Ottomans, and Theodore Chassériau’s Battle of Arab Horseman Around a Standard. 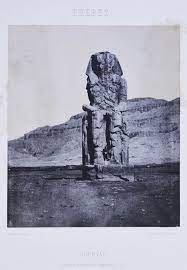 Many photographers traveled to the Orient to capture images of the area. In 1849, Maxine du Camp traveled to Egypt, North Africa, and the Middle East and published the first travel photography book that focused on monumental sites in 1952. Auguste Salzmann was commissioned by the Ministry of Public Instruction to study and photograph the Holy Land, publishing Jerusalem: A Study and Photographic Reproduction of Monuments of the Holy City in 1856. Photographs were also used for postcards and mementos, which were popular amongst tourists and Europeans at home. These photographs focused on monuments and presented as a true account, captured a timeless, unchanging Orient that confirmed European expectations and interests. 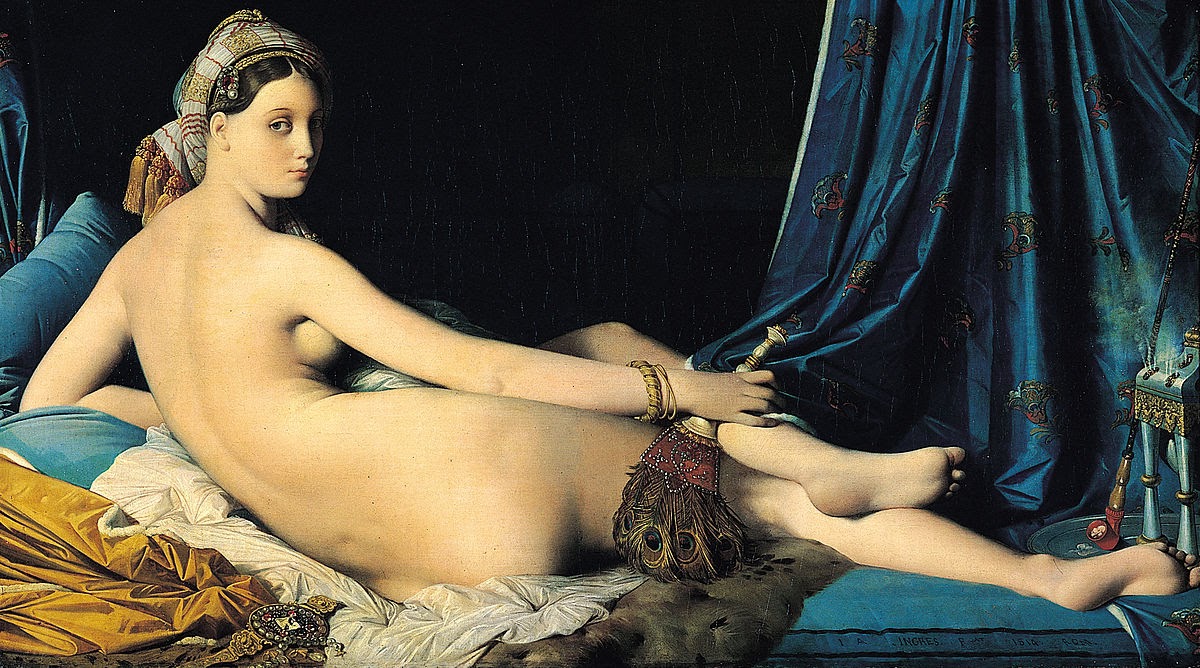 These photos were used by artists who were not able to travel to the Orient, like Jean-Léon Gérôme, to create entirely imagined scenes. Artists who visited the Orient also drew from imagination, particularly in the popular genre of harem scenes since the harem was prohibited to male visitors. Jean Auguste Dominique Ingres, a prolific painter of harem scenes including Grande Odalisque, was an “armchair Orientalist,” a word to refer to those who relied on others accounts having never been to the Near or Middle East. Said describes these paintings as showing the Orient as “a place where one could look for a sexual experience unobtainable in the West.” The harem became a place where European male artists could paint out their sexual fantasies in a socially acceptable way. Despite the fictionalized nature of these paintings, they were presented in a factual manner through their painstaking detail. 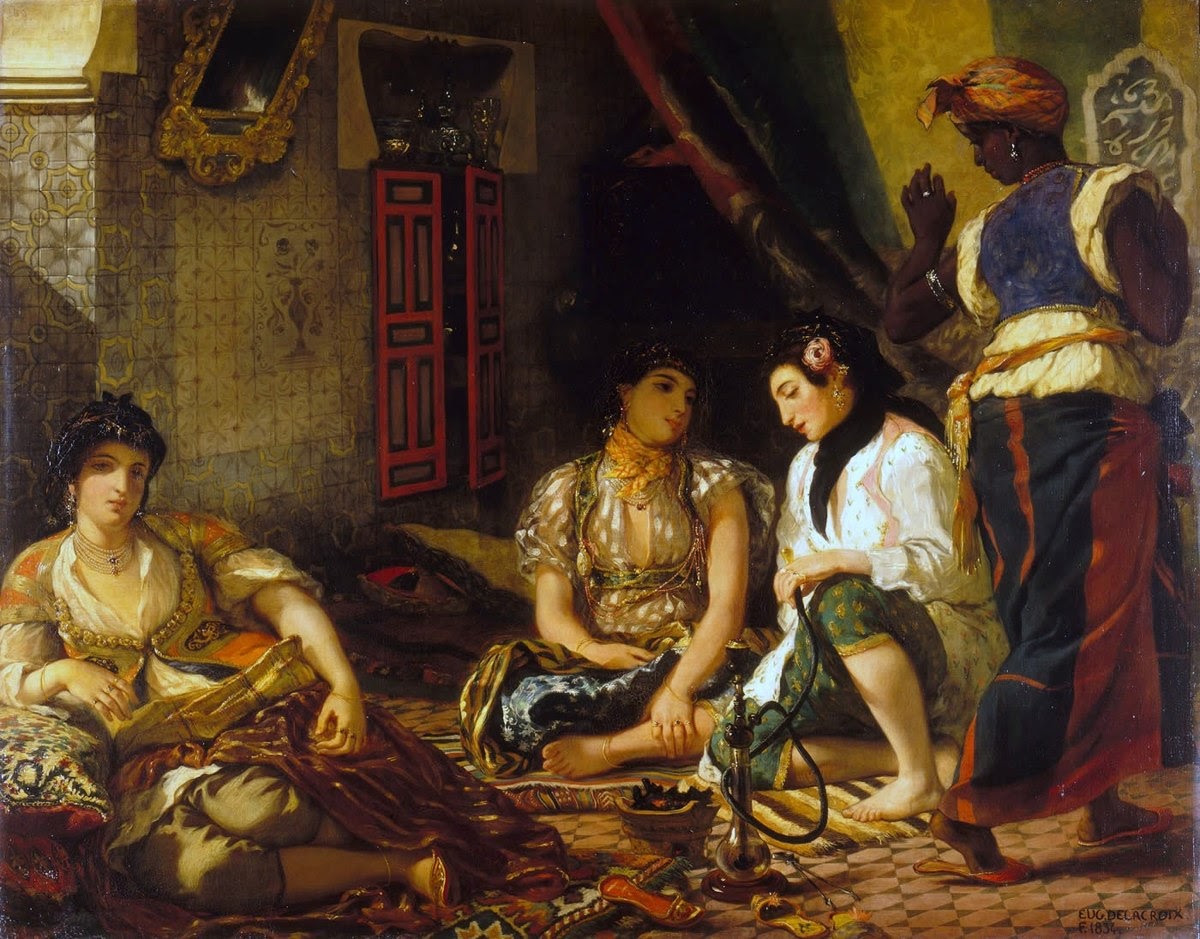 Orientalist painting depicts a fictionalized account of the East, catering to Western ideas and aesthetics. The imagined scenes of paintings and curated photographs created and confirmed a narrative of the necessity of imperialism and an exoticized, unchanging civilization.

Lots of interesting tidbits in here.

Thank you for this article! It's so interesting and helpful for my education.