New Time: Art and Feminisms in the 21st Century at BAMPFA 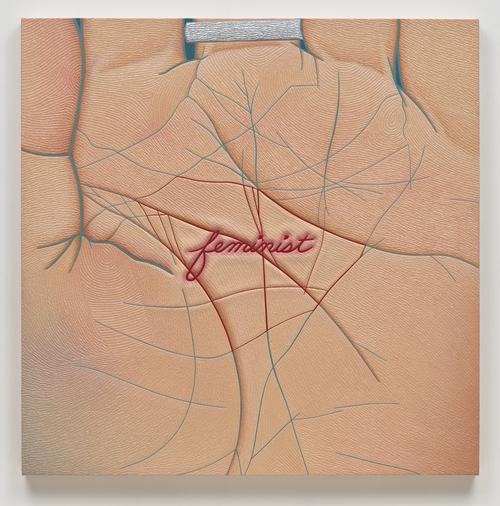 Linda Stark: Stigmata, 2011. ; oil on canvas over panel; 36 x 36 in.; BAMPFA., purchase made possible through a gift of the Paul L. Wattis Foundation.

Remember back to the 2016 election when womxn’s hearts across the nation felt stamped on by Trump’s election. Then remember womxn taking to the streets that January for the womxn’s March to show that we would not go gently into this frightening new night. Now imagine that you’re a feminist museum curator who is moved to create a response as big as possible. That’s exactly what Apsara DiQuinzio did as she and others formed the Feminist Art Coalition (FAC).

Eventually more than 100 museums across the nation came together with the goal of centering the voices of historically marginalized people through a series of exhibits that ask both: 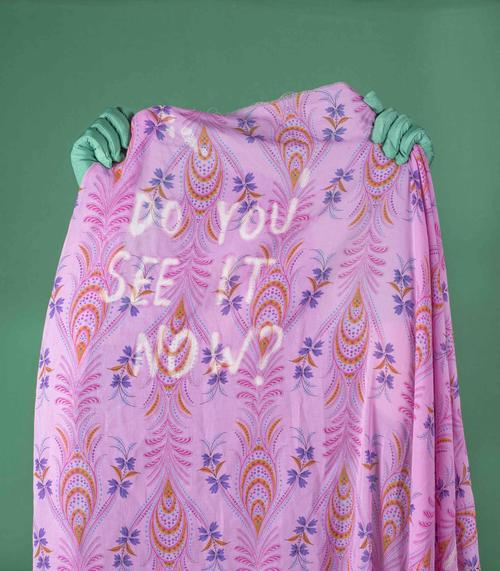 The museums intended to launch in September 2020 to coincide with the presidential election. As we know, COVID-19 happened, and most museums remained closed until recently. Undeterred, the FAC kept at their work, and continued researching, curating, and putting out the word. Museums are finally re-opening and these 100+ locations are dedicated to feminist-centered exhibits with an understanding that there is no feminist “style” or “movement” or type of art or artist. Instead, feminism itself, and thus feminist art, is multi-faceted, intersectional, and gender-fluid.

As soon as Apsara DiQuinzio began working on the concept of the FAC, she immediately knew what she wanted to present as her own curated exhibit. The result is “New Time: Art and Feminisms in the 21st Century,” showing at Berkeley’s BAMPFA 8/28/21 - 1/30/22. The title comes from Bay Area poet Leslie Scalapino’s work, and the show is an ambitious display of feminist art across the past two decades. The exhibition includes 140+ pieces of art by nearly 80 different artists, curated into eight themes that attempt to answer modern-day questions of feminism. The work displayed covers approximately half of the museum’s 25,000 square feet. This is not just impressive; it’s a direct result of making sure that womxn and their art are placed front and center, not just in theory but in practice. 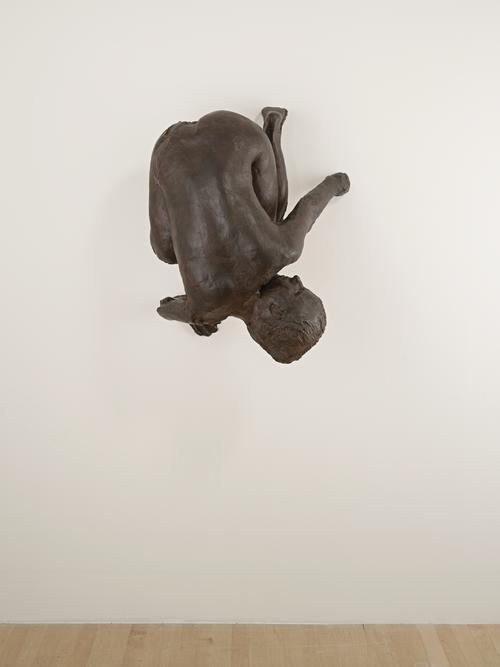 Walk into the museum and even before you hit the exhibit rooms you’ll see a large mural on the wall by Luchita Hurtado. Look to your left to see a neon sign that reads, “vote feminist”. Take just a step into the main hallway and see a display of Guerilla Girls posters boldly calling out the white cisgender male art world for its lack of diversity in representation. The Guerilla Girls aren’t the only art collective represented here; you’ll also see a video by Pussy Riot. These are all examples of FAC's values, of womxn gathering together to subvert the dominant paradigm and create real change.

Note: As you might have already noticed, I’ve used the spelling “womxn” across this article in honor of the exhibit’s choice to do the same. Though not every woman uses this spelling, it is another example of how the exhibit addresses the fact that 21st century feminism is intersectional, gender-fluid, and dynamic. 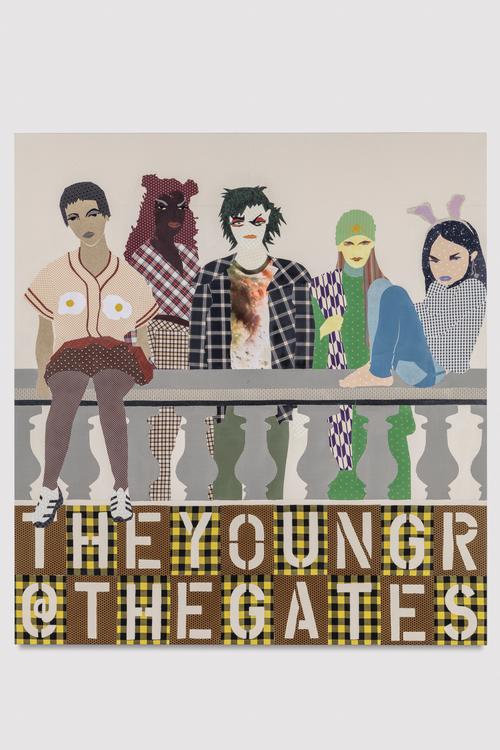 Curator Apsara DiQuinzio explained that she spent the first 12-18 months of the project culling through pieces she might want to include. Her goal was to include art that was unquestionably feminist. While some might be subtle, you wouldn’t look at any of it and think, “is this feminist art?” After that initial research phase, she created thumbnails of each piece she was considering. Then, she began moving them around, letting them form into their own themes in an organic process. The result was eight thematic sections, each represented by one room in the museum:

Each and every room is powerful. If you are able to visit the museum in person, plan to take your time. There is a lot to see. In addition to the themed rooms, there is video work related to the exhibition playing in one of the theaters. 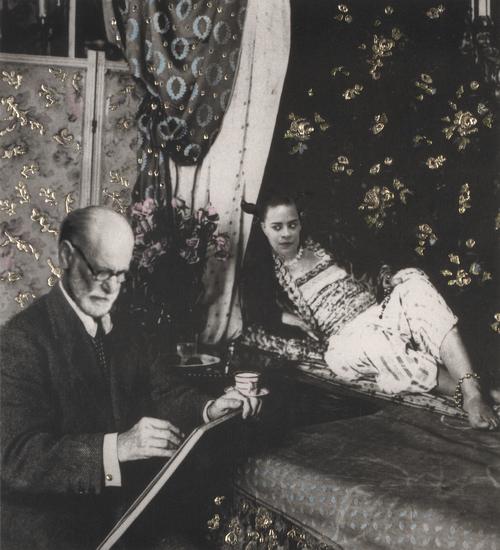 Personally, I was moved most by the first room, the only room to feature historical works preceding the 21st century. DiQuinzio explained that this room was her way of “setting the territory”. womxn have had to overcome so much in society and history. The diagnosis of hysteria is one prime example. Basically, white cisgender male doctors pathologized womxn’s every emotion. They sometimes forced reactions out of the womxn, and through documenting their patients via drawings and photographs created a library of “medical art” that reflects images of womxn in pain or outright torture. This room holds some of those historical renderings. There’s a well-known drawing of an arched form tied to the bed, convulsing. This drawing is replicated in a sculpture in the center of the room, missing its head because, of course, what does a woman’s mind matter anyway? DiQuinzio sets this stage for us so that as we move through the rest of the more modern artwork, we have to actively remember what womxn have lived through during the preceding decades and centuries. 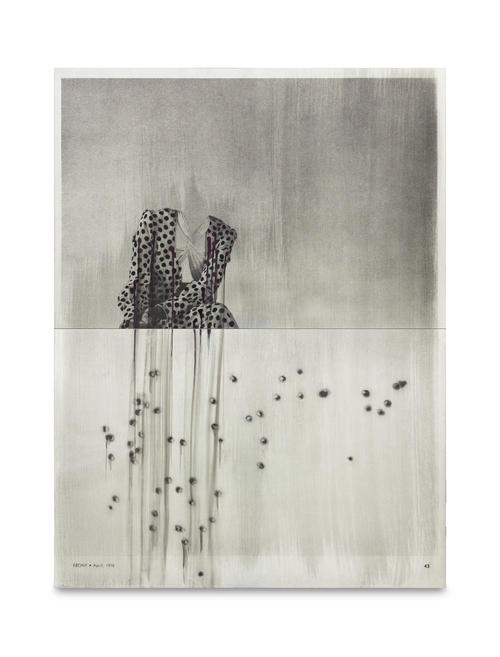 Likely you’ll recognize some of the work, as well as the names of many of the artists. Think Louise Bourgeois, Judy Chicago, Kiki Smith, Wu Tsang, Kara Walker, and Francesca Woodman. Others you won’t know as well, and there will be plenty for you to discover.

One piece that stopped me in my tracks was The Body in Pieces. (Appropriately, the piece is titled after a Linda Nochlin essay.) A sculpture that’s simply a hand removing panties from a leg, hidden behind blonde hair unnerved me. Other pieces that were just body parts, usually headless, unsettled me as well. Of course, it’s not that I’ve never thought of myself as a collection of body parts. This is part of the reality of growing up in a certain body. And yet, confronted with a room full of reminders that this remains the way people see and judge me daily made my heart and my brain shake. 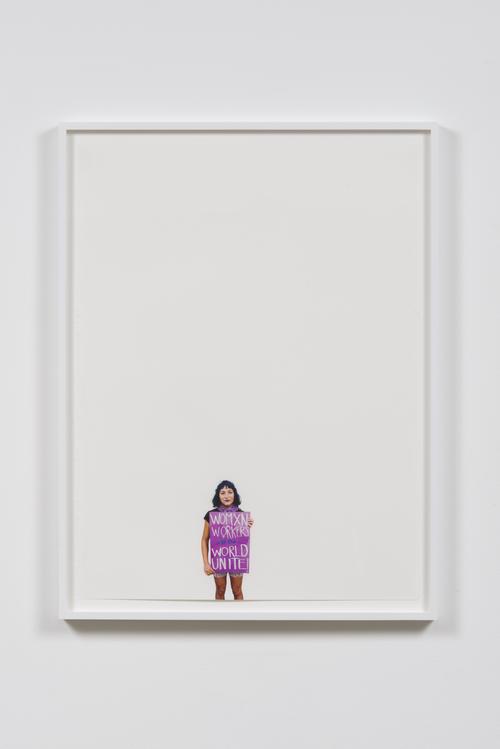 In my second pass through the galleries, I found myself drawn to certain works and not to others. And this gave me the chance to question, “Why do I like this?” Or perhaps more importantly, “Why do I think this is beautiful?”, because often I was drawn to what might be most conventionally beautiful in terms of color palette and form. At first, this impulse seemed almost anti-feminist. But feminism is complex, nuanced, layered. We must go beyond the easy answers, and investigate ourselves and our place in the world around us. That’s what this exhibit seems to be all about. Questioning what feminism is today, in all its many forms, and how we can use art to express those diverse truths and create change, without simplifying it down to ideas that are diluted, or even banal.

Go see the exhibit, which includes in-person and online events on select days. Ask yourself questions. And visit the FAC to find out about the other 100+ participating museum exhibits around the nation.

among us
1 week ago

Excellent article! I want everyone to realize how valuable the information in your essay is. Regarding this subject, your viewpoints are really similar to mine. Because I am aware, I will visit your blog on a daily basis. It could be quite advantageous to me.
among us

Thank you for your article, it has brought me new knowledge.