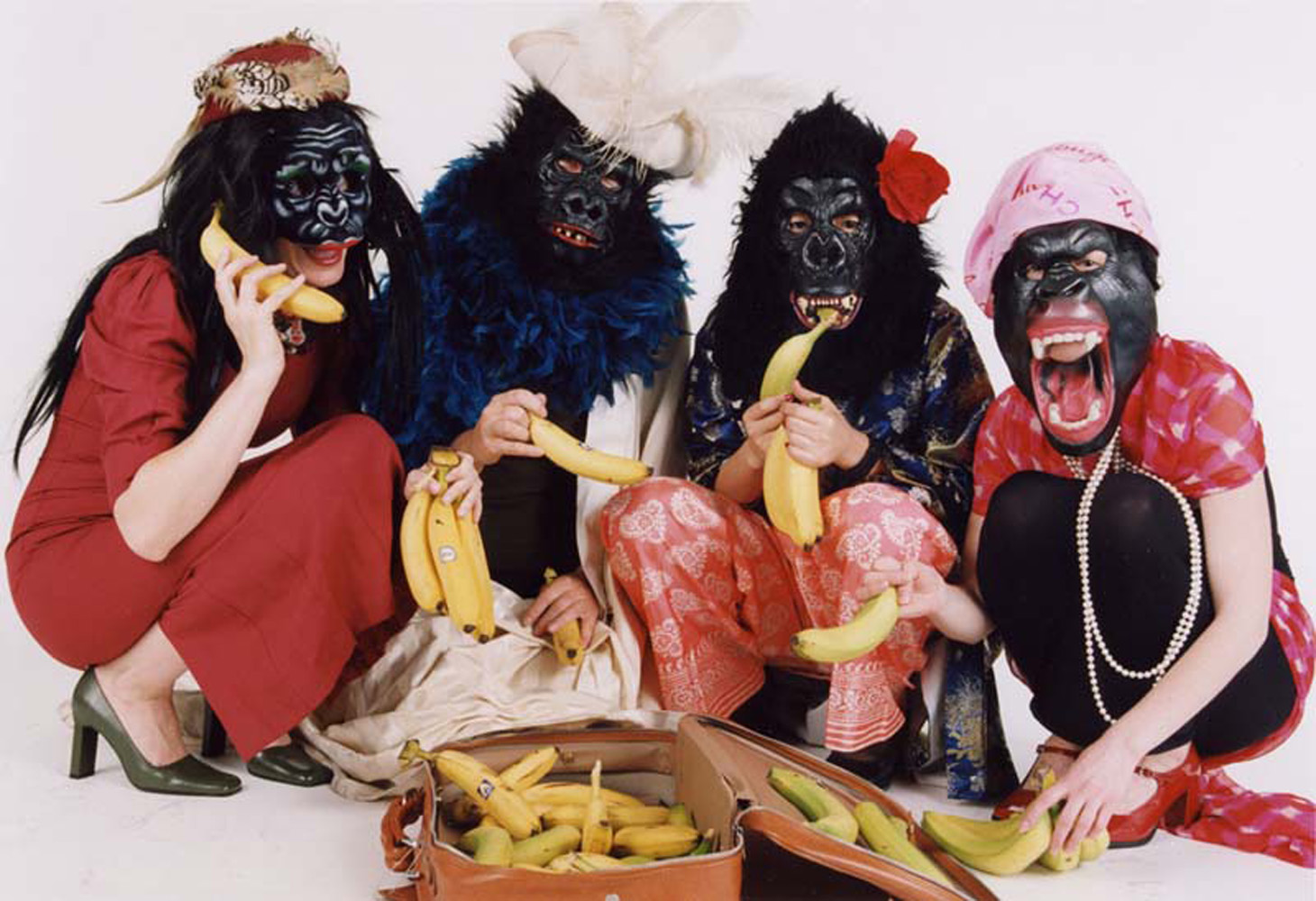 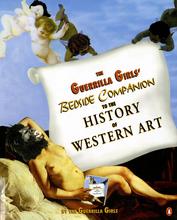 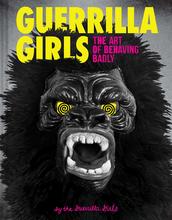 Like a troop of monkeys, the Guerrilla Girls have leaders too.

Feminism, facts, humor and playing dress-up are Sartle favorites! That’s not the only reason we love the Guerrilla Girls (but it’s a pretty important one). The Guerrilla Girls are a group of anonymous women who fight sexism and racism all while wearing gorilla masks. Ever since 1985 the girls have produced posters, billboards, public actions, books and other projects to make feminism funny and expose inequality in the art world. Since they’re wearing masks, no one knows how many girls there really are. By the way, the reason they wear gorilla masks is because one of the girls once made a typo and wrote "gorilla girls" instead of "guerilla." They liked it and just went with it!

Many girls have joined and left the group, but Frida Kahlo and Kathe Kollwitz have been there since the beginning. Nope, I’m not joking, Frida Kahlo and Kathe Kollwitz! Ok fair enough… not the “real” ones since they've been dead for decades. The day Georgia O’Keeffe died, most members of the Guerrilla Girls took on dead women artists pseudonyms. Doing so not only reinforced these ladies presence in history, it also made it a lot easier to give anonymous interviews. Except for one woman who just refers to herself as GG1. In the new millennium a few new members joined the group, but they turned out to be a total buzzkill. Humor is key to everything GG does, but these artists wanted to start organizing seminars and write papers. In a 2009 Q&A, the interviewed member called these ex-members “the stereotype of feminists with no sense of humor."

But that wasn’t the first time the Girls experienced a little tension in feminist paradise. At the end of the 1990s the group had become super mega famous and five members decided to part with the collective. An incident they now refer to as the "banana split." Pun very much intended. They make it sound like the collective broadened their interests and evolved into three groups: Guerrilla Girls, GuerrillaGirlsBroadband and Guerrilla Girls On Tour. At the time, things were a little less good-natured though. After seven more members quit the collective, Frida Kahlo and Kathe Kollwitz moved to trademark the name “Guerrilla Girls”. The two girls launched a lawsuit under their real names, because well…you can’t appear in court wearing a gorilla mask stating you are a dead artist. Still, this move left many members of the group feeling betrayed. Frida and Kathe claimed responsibility for having created the collective effort and described themselves as the group's "guiding forces." Eventually they settled, but not before seeking millions of dollars in damages.

The last few years Guerrilla Girls have been accused of Tokenism and whitewashing by Guerrilla Girls of color and also for being insensitive towards transgender people. In 2016 their feminism was again criticized for not being intersectional enough. This shows you non-hierarchy is a myth and so is collectively having the same beliefs (especially when you’re a group of rebellious babes). All accusations aside, up until today the Guerrilla Girls are still fighting inequality and something tells me their mission is far from over.

Guerrilla Girls is mentioned on our blog - 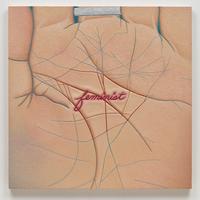 New Time: Art and Feminisms in the 21st Century at BAMPFA
Remember back to the 2016 election when womxn’s hearts across the nation felt stamped on by Trump’s…