GUEST BLOG | Art is the Best Revenge by Jessica Cale 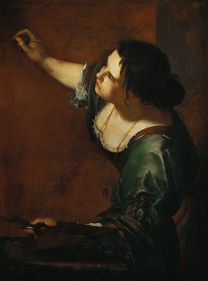 Centuries before feminism had a name, post-Renaissance artist Artemisia Gentileschi (1593-1653) made waves with exemplary work in a male-dominated medium. Raped at seventeen, she channeled her trauma into her art, raising questions about the mistreatment of women with paintings of staggering beauty and brutality. Of 57 known paintings, 49 feature female heroines from history and mythology in positions of strength, many of them also survivors of sexual assault.

Artemisia Gentileschi was born in Rome in 1593. Her father, Orazio Gentileschi (1563-1639), was an established artist who taught her to paint while she was growing up. By the age of sixteen, she already showed great promise, but was rejected by more formal academies. Wanting to nurture his daughter’s talent, Orazio arranged for Artemisia to be tutored by a friend of his, artist Agostino Tassi (1578-1644). 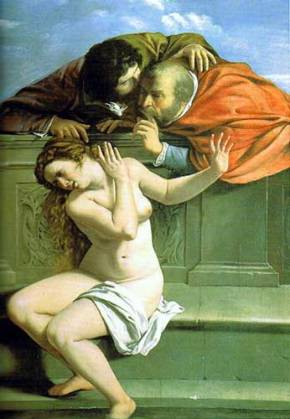 Perhaps the first hint that Tassi was not exactly a gentleman can be found in Susanna and the Elders (1610). The Biblical Susanna was a virtuous young woman who was sexually harassed by some of the older men in her community. While many male artists had depicted Susanna as compliant or even flirtatious, Artemisia’s heroine is anything but: she is disgusted and exposed, shielding herself from two men almost falling over each other to leer at her.

By 1612, Orazio had taken Tassi to court for raping his daughter. Artemisia testified he had forced himself on her, and she had fought him so savagely that she removed a chunk of flesh from his penis. After the rape, Tassi pressured her into having an ongoing sexual relationship with him with the promise he would eventually marry her. Tassi was already married and could fulfill no such promise, but continued to abuse Artemisia until her father brought charges against him.

It wasn’t Tassi’s first run-in with the law. He had already been tried for rape, incest, and the attempted murder of his wife. Artemisia, his latest victim, was a well-behaved young woman of eighteen. So what happened?

Although Tassi’s defense was contradictory and blatantly false, the court didn’t believe Artemisia’s claim that he had raped her. She was subjected to a humiliating physical exam in front of the court to prove she was no longer a virgin, her character was questioned, she was accused of promiscuity, and then she was tortured with thumbscrews while her rapist watched. Over months of witness testimonies and torture, Artemisia never once changed her story and Tassi was eventually convicted. He chose banishment from Rome over imprisonment, but he was back within a few months. By now it was common knowledge that he was a real piece of work, but he had friends in high places: Pope Innocent X was a big fan of his landscapes.

Tassi may have escaped justice through the courts, but Artemisia wasn’t done with him. Now a far superior artist to her one-time tutor, she took her revenge in a series of masterful paintings depicting women equal to or dominating men. At least half a dozen show women physically assaulting men, such as the story of Judith and Holofernes: 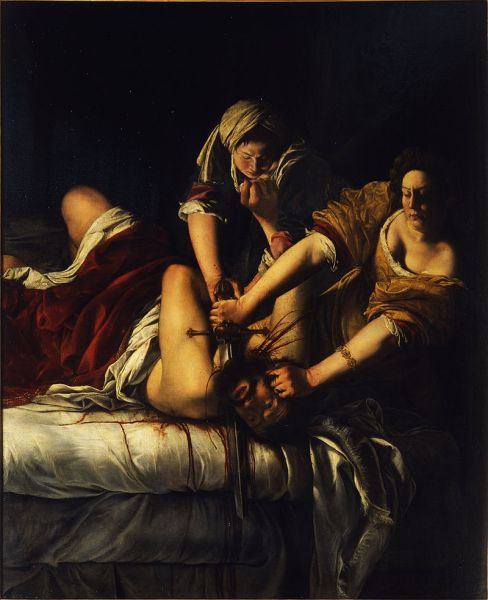 Judith Slaying Holofernes (1612, and again in 1620): As the story goes, Judith was a Jewish widow. When her town was attacked by Assyrian general Holofernes, she took advantage of his attraction to her by going to his tent with him and then decapitating him as he was passed out drunk. This story has been interpreted by several notable artists including Botticelli, Michelangelo, Caravaggio, and even Kilmt in the twentieth century, but Artemisia’s is undoubtedly the most graphic. It was owned by the Medicis, but hidden for years as it was considered too brutal to display. Two versions of this were painted, the first just after Tassi’s trial. 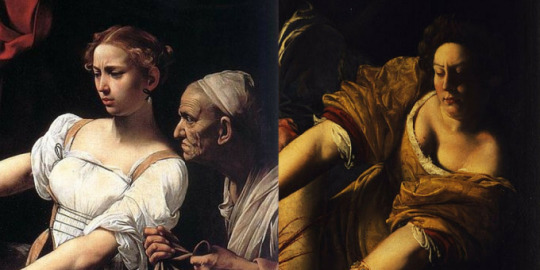 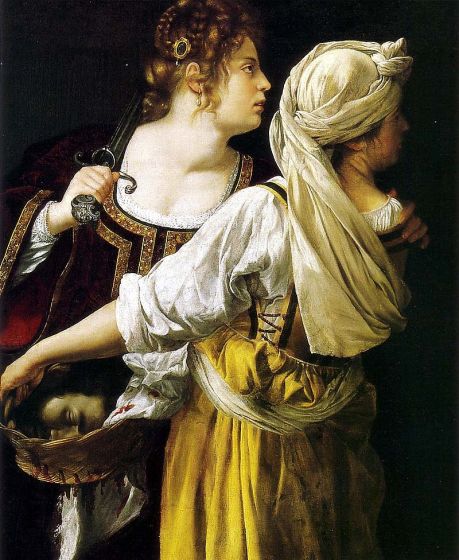 Judith and Her Maidservant (1613-14) : Here we see Judith leaving with her maidservant, sword in hand. Holofernes’ head is in a bag, bottom left. Her hairpin here depicts David, who likewise removed the head of Goliath. 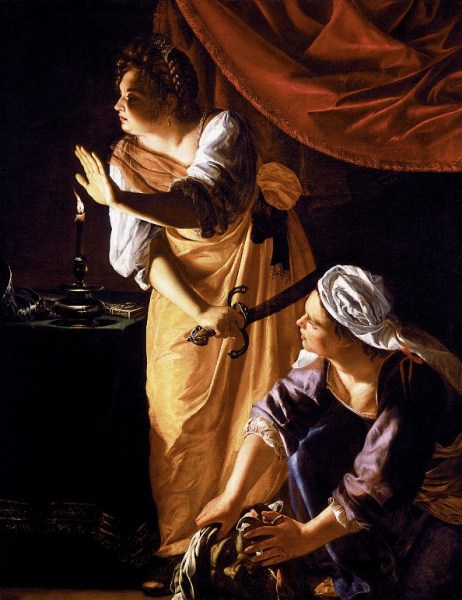 Judith and Her Maidservant With the Head of Holofernes (1625): In the last of this series, the head is bottom center as Judith and her maid escape into the night. 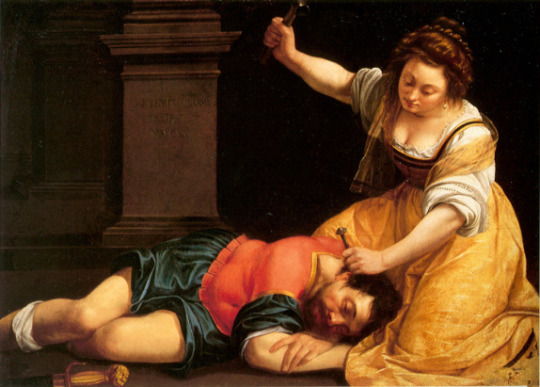 Sisera was a Canaanite leader who had ruled over the Israelites for many years. Following his defeat by the Isrealites, Sisera sought refuge in Jael’s tent, only to have a tent post hammered into his brain once he fell asleep.

Artemisia painted heroines she could relate to, such as Lucretia, the classical victim of rape, and other famous “fallen women” like Mary Magdalene and Cleopatra. Lucretia and Cleopatra are shown in the moments prior to suicide: instead of despair, they seem to question the idea that they ought to take their own lives. Surely a woman is worth more than the concept of “honor” attached to her body?

Artemisia seemed to think so. She married another painter and worked as an artist her whole life, fulfilling commissions for the Medicis and England’s Charles I. She was a friend of Galileo, painted a ceiling for Michelangelo’s nephew, and inspired countless other women artists to follow in her footsteps during her lifetime.

As for Tassi, his work has fallen into obscurity and he is now primarily known as Artemisia’s rapist. I wasn’t able to find a portrait of him, but we might be able to guess what he looked like…

Reposted with permission by: Clayton

Pretty good information, I will learn and follow more.

Hitman for hire
2 years ago

Maybe we need to start a professional revenge company made up of High-level assassins with martial art skills, IT Engineers, Network Programmers, and Hackers. Then artists can really get revenge!